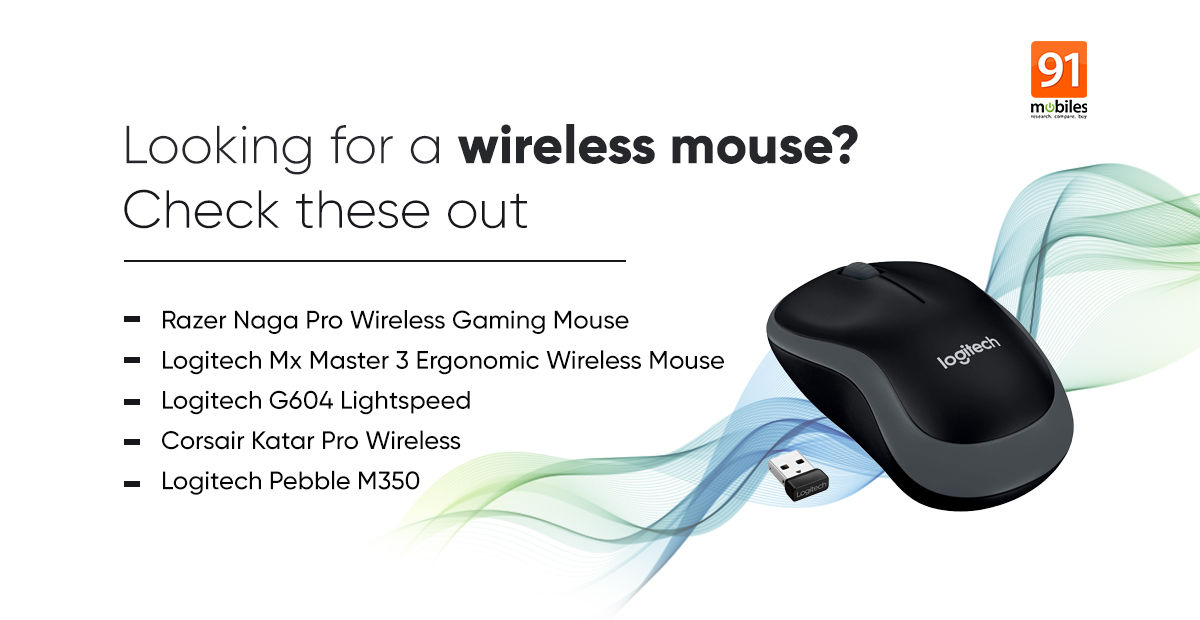 Best wireless mouse in India: Wireless peripherals can come in quite handy when you want to declutter your desk. Furthermore, they’re a whole lot easier to carry around in a laptop bag and interface fairly well with most devices. Previously, one of the main concerns was losing the included wireless dongle, but now, a lot of wireless mice work over Bluetooth, allowing you to pair them with just about anything with a Bluetooth adaptor. Wireless gaming mice have come a long way, too. They offer near-identical performance to their wired alternatives and cost more or less the same. Here are seven of the best wireless mice you can buy in India right now. 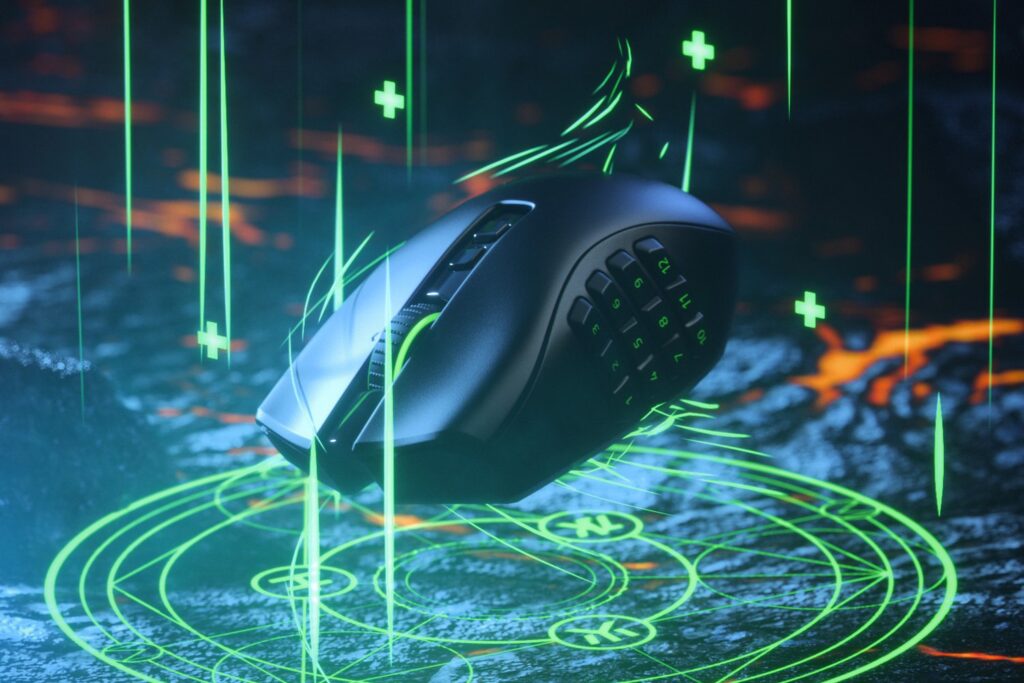 The Razer Naga series of gaming mice have always been tailor-made for RPG fans in mind. Although they feature more buttons than an average person could possibly use, gamers will almost certainly find a way to get the best out of such hardware. The Razer Naga Pro Wireless Gaming Mouse also helps address the ‘too many buttons’ conundrum by including two hot-swappable side plates which contain a varying amount of buttons. One attachment has six side buttons while the other cuts that down to just two. 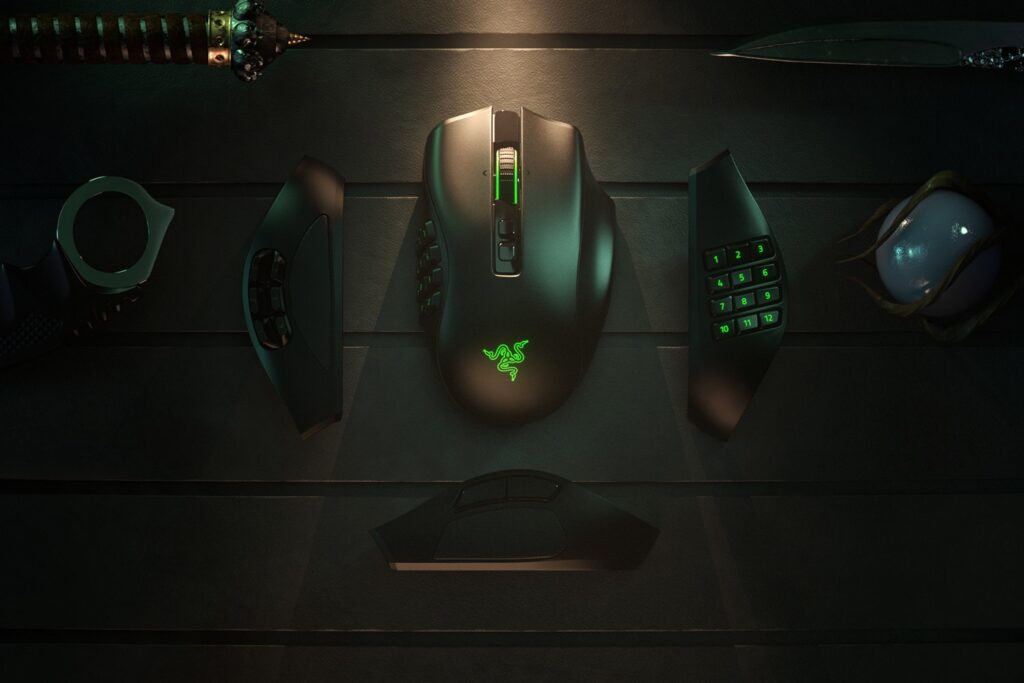 Other Razer Naga Pro Wireless Gaming Mouse specs include up to 150 hours of battery life, up to 20,000 DPI maximum sensitivity, the ability to load up to five game profiles on the mouse and the ability to interface with devices over Bluetooth, Wi-Fi 2.4GHz and a USB cable. One can also wirelessly charge the mouse using Razer’s dock, which isn’t included with the mouse, unfortunately. Razer claims that the Naga Pro Wireless’ optical switches are designed for up to 70 million clicks and have a response time of just 0.2 milliseconds. All these features come at a hefty price, though. The Razer Naga Pro Wireless Gaming Mouse retails at an eye-watering Rs 11,600. 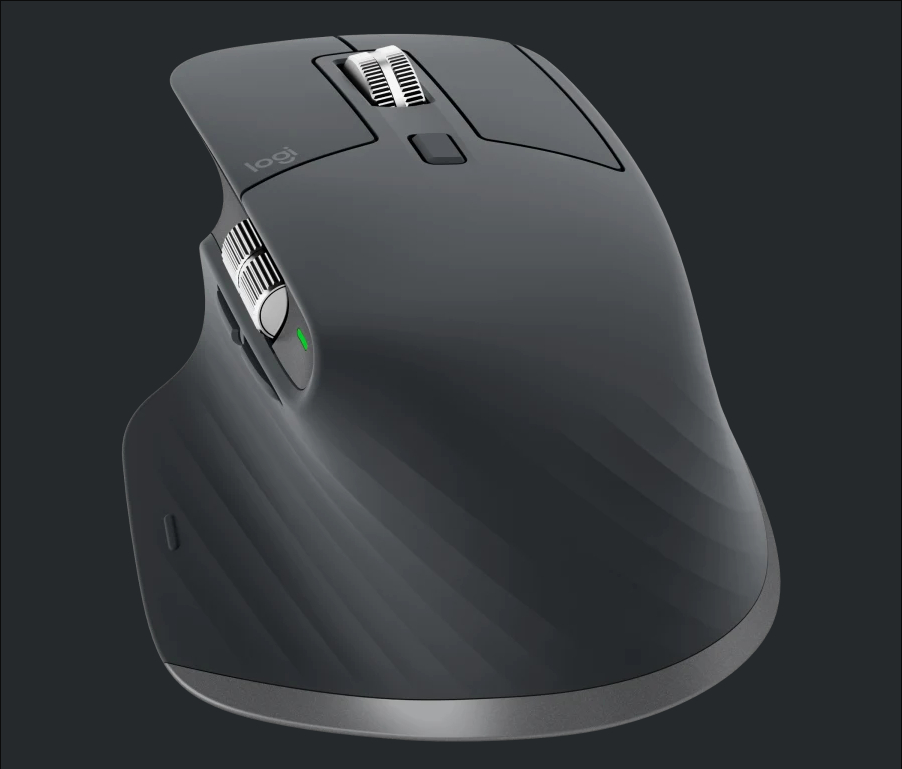 The Logitech Mx Master 3 ergonomic wireless mouse, albeit expensive, can massively boost your productivity if used right. Its odd form factor and seemingly high price might come as a barrier to entry for many, but it is easy to ignore them once you unlock its full potential. As illustrated in the above image, the Logitech Mx Master 3 ships with both vertical and horizontal scroll wheels, allowing you to blaze through large excel sheets with relative ease. The electromagnetic scrolling mechanism does a decent job of emulating a physical scroll wheel.

However, the Logitech Mx Master 3’s crown jewel is its compatibility with Logitech Flow. The software lets you use your one mouse across a multitude of devices; even different platforms such as Windows, Linux, and macOS. It also lets you drag and drop files across connected peripherals. Gaming on the Logitech Mx Master 3 could be a bit frustrating, as its sensitivity caps out at 4,000 DPI. Nonetheless, Logitech makes it relatively easy for users to map the side buttons to quickly launch applications and even set up application-specific tasks and switch between in real-time. You can buy the Logitech Mx Master 3 on Amazon for Rs 7,810. 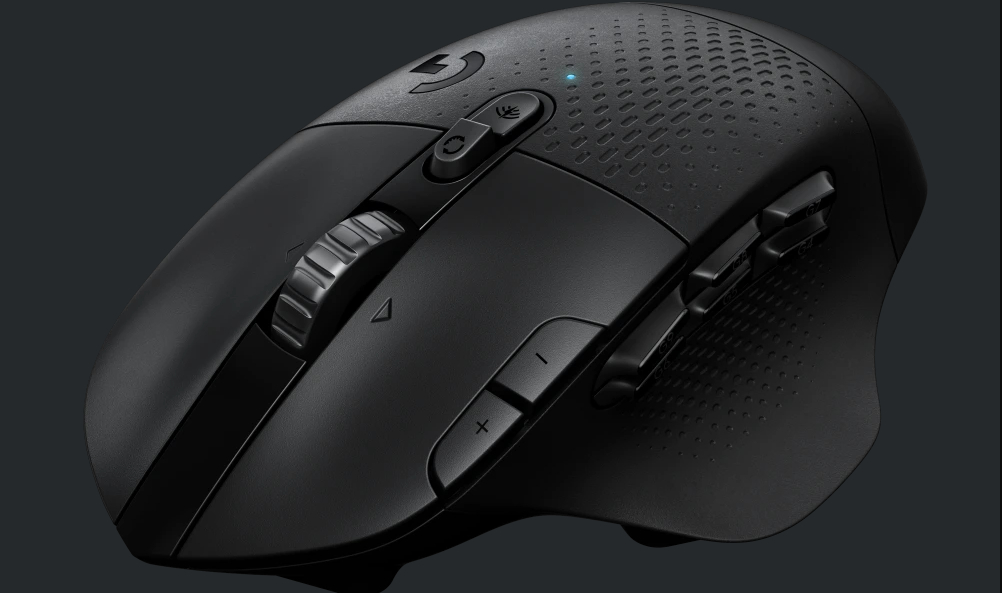 The Logitech G604 Lightspeed is a relatively affordable gaming mouse that doesn’t pack nearly as many bells and whistles as the Razer Naga Pro. However, you get some good value for your money, with its fifteen programmable buttons, 25,600 DPI sensor, 1ms polling rate, and its ability to run over Bluetooth and 2.4 GHz Wi-Fi. On-the-fly DPI switching is possible, too, via two dedicated buttons. At Rs 6,639, it isn’t terribly expensive on the pocket either.

Unlike the aforementioned mice, the Logitech G604 runs on a AA battery. Logitech claims that the G604 Lightspeed can last for up to 240 hours on the Lightspeed Low Latency mode (essentially 2.4GHz Wi-Fi) and up to 4.5 months over Bluetooth. The latter comes at the cost of higher latency, though, which should be fine for non-gaming workloads. One can also ‘unbind’ the scroll wheel from the ratchet, allowing you to move it freely. Lastly, it is possible to store up to three user-defined profiles on the mouse, which needs to be configured via Logitech Lightspeed. 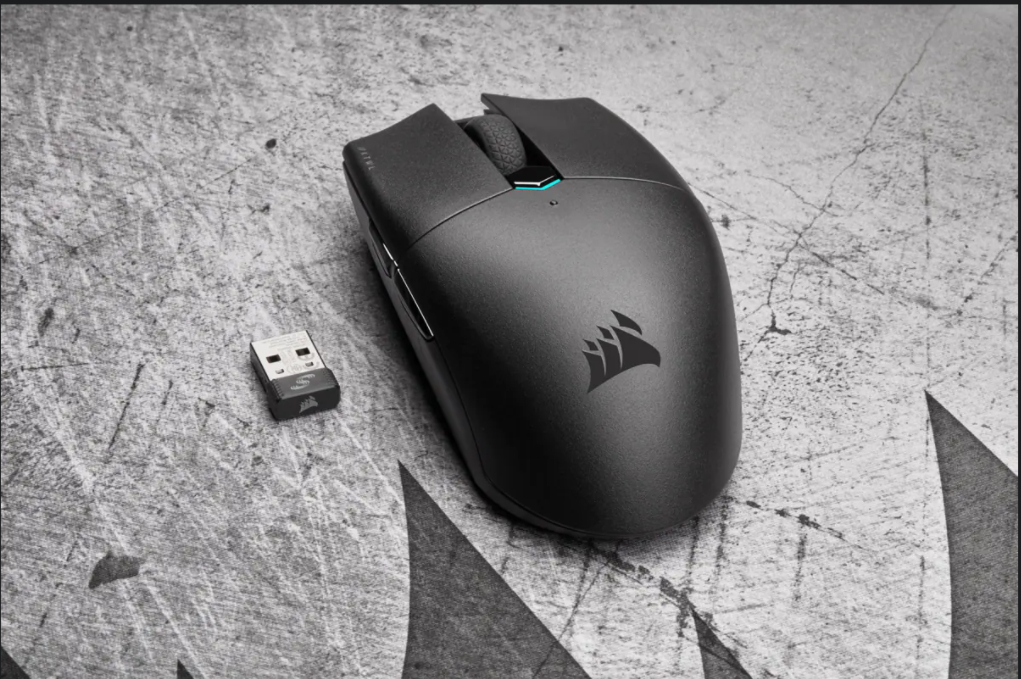 The Corsair Katar Pro wireless gaming mouse takes away all the superfluous features from the mice mentioned earlier and opts for a more minimalist look. As a consequence of it being significantly cheaper, Corsair has scaled down its maximum DPI to 10,000 and the number of configurable keys to six, which should still be plenty for most games. Thankfully, it does not skimp on one of the most important features of a gaming mouse- RGB. The Corsair Katar Pro wireless can interface with devices over Wi-Fi only, meaning that it is a 96g paperweight if you lose the included dongle. It costs Rs 3,999 and is available for purchase on most major online retailers. 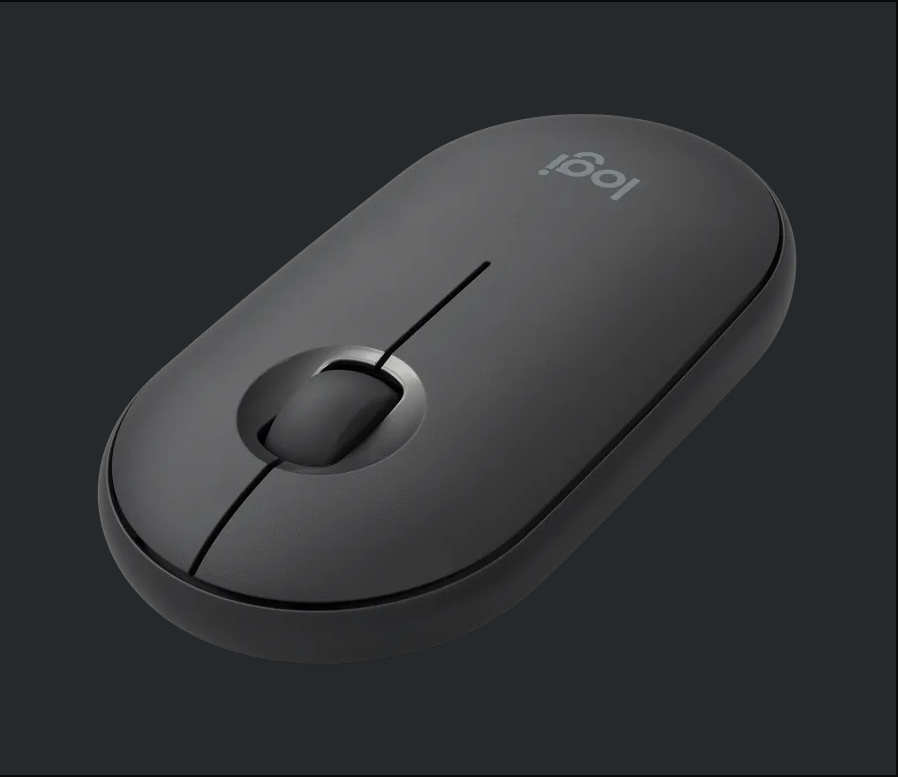 The Logitech Pebble M350 is one of the more low-profile mice out there. Its flat design and compact form factor could take some time to get used to. Furthermore, people with large hands might find it a bit cumbersome to operate the mouse effectively. Logitech claims that the Pebble M350 makes virtually no sound while clicking and scrolling, making it ideal for use in quiet environments. Additionally, it can interface with devices over Bluetooth and 2.4 GHz Wi-Fi. The mouse draws power from a single AA battery and can last up to 18 months on a single cell. Lastly, the mouse costs only Rs 1,929, making it one of the more affordable options out there. 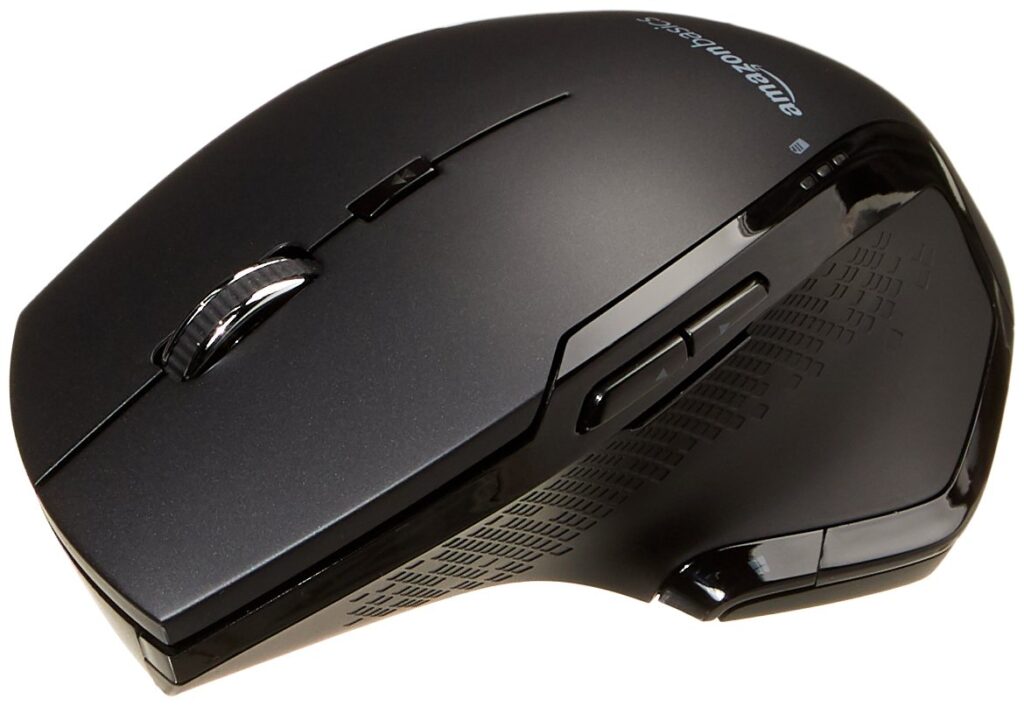 Amazon Basics’ Ergonomic Wireless Mouse is one of the few sub-Rs 2,000 mice that come with dedicated ‘back’ and ‘forward’ buttons for navigation. Other than that, it is a bog-standard wireless mouse with a 1,600 DIP sensor, a clickable scroll wheel, and a LED indicator that shows the battery status. It runs on two AA cells and requires a 2.4GHz Wi-Fi dongle to maintain connectivity. It is available in two variants -Fast Scrolling Full Size and Fast Scrolling Compact Size- and they cost Rs 1,899 and Rs Rs 1,139 respectively. 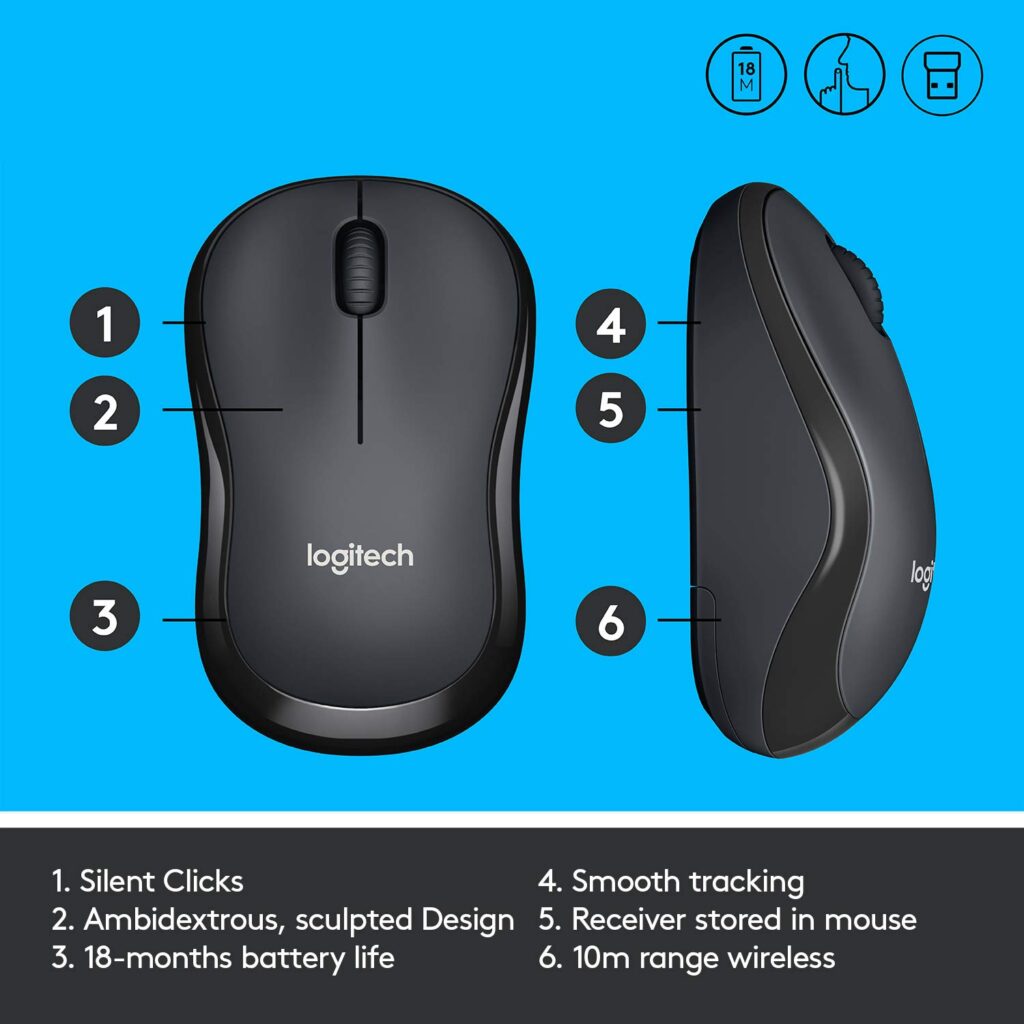 The Logitech M221 Wireless Mouse is one of the cheapest wireless mice you can buy in India. Much like its higher-priced sibling, it is a fairly small mouse that is easy to lug around but could be cumbersome to use. It packs a 1,000 DPI sensor and uses a Wi-Fi dongle for connectivity. Logitech promises that a single AAA battery can power the M221 for up to eighteen months. It costs just Rs 799 and can be bought on every major online and offline retail platform.