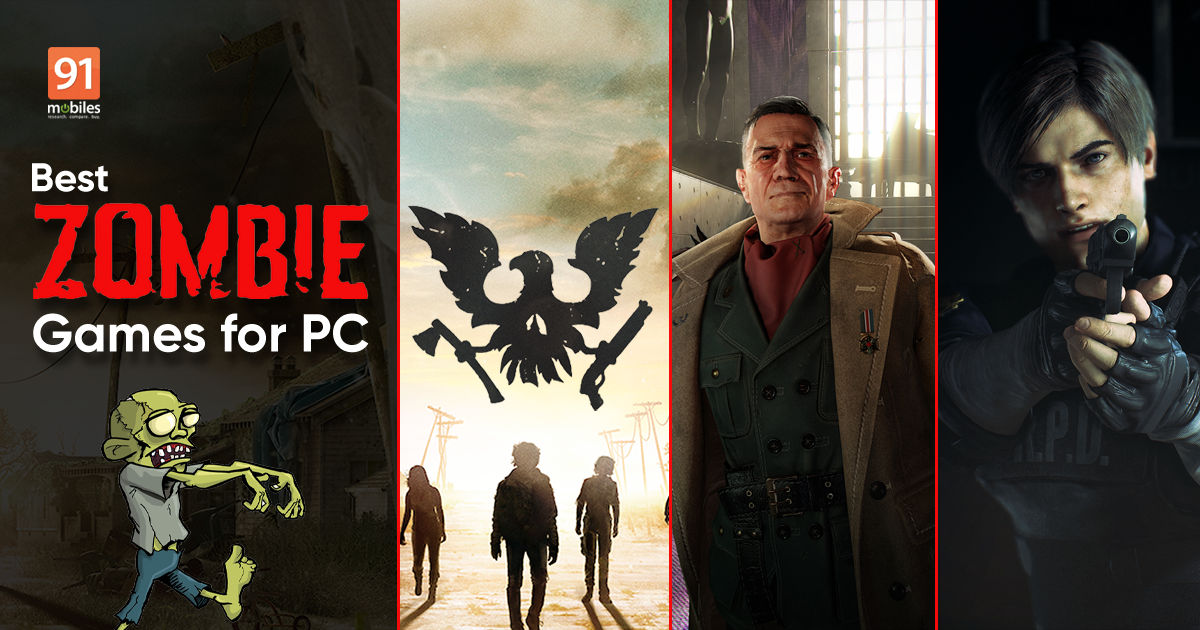 Live out your fantasy of fighting undead corporeal aka zombies, with our list of the best zombie games for PC. The list comprises the likes of Resident Evil 2, Black 4 Blood, Dying Light 2 Stay Human, and more. These games are packed with action-packed storylines and great gunplay to offer a perfect blend of horror and action, where you don’t just have to eliminate zombies but manage your survival as well. Additionally, many developers have created genre-defining zombie games. So, without any further ado, let’s check out some of the best zombie games for PC available right now:

State of Decay 2 is a third-person RPG shooter where you need to go out into the wild to gather food and other necessary resources for your camp. The game has a permadeath mechanic where after your character dies, you get to choose another character from the community of survivors for the mission. Each character comes with a different backstory and you get to decide their future in a survival adventure. Apart from this, every person who joins your community becomes a potential playable character.

In the Zombie Army trilogy, you need to eliminate Hitler’s army of zombies using guns and other weapons. However, he comes back in Zombie Army 4: Dead War with an even more dangerous zombie threat. You need to shoot and slash through several hordes of zombies to make your way to the next safe house. This best zombie game for PC allows you to play the entire campaign solo or with up to three friends. Zombie Army 4 has gore-filled visuals, and it allows you to customize your guns to shoot out flames and kill zombies more efficiently.

World War Z is loosely inspired by the 2006 novel and the 2013 movie of the same name. The game lets you kill giant hordes of thousands of zombies using weapons you find on your adventure. World War Z lets you pick your preferred character class out of six existing ones and upgrade their gear as you progress through the game. You can play the campaign of World War Z solo or with friends.

Dying Light 2 Stay Human, launched in February 2022, is a sequel to Dying Light. You play as a wanderer to save The City, which is one of the last large human settlements. As you fight through several zombies, you need to learn the truth behind the zombie apocalypse. The zombie game for PC has a huge open world where you can find hidden paths that can be accessed using your parkour abilities. You can also use your parkour skills in combat to perform creative attacks against zombies. The decisions you make in Dying Light 2 will affect the future of The City and change the narrative experience.

Dead Rising 4, a zombie survival beat’em up, is the latest instalment in the Dead Rising franchise. You play as Frank West who has been a character in the franchise since the first Dead Rising game. Unlike most zombie games for PC in this list, Dead Rising 4 has a goofy approach to killing zombies. You can dress your character in various funny costumes, with over-the-top abilities and weapons to eliminate hordes of the undead.

Dead Space 3 takes place in a futuristic setting where you will face creatures that look like zombies. You will journey through the icy planet of Tau Volantis with Sgt. John Carver and Isaac Clarke to locate and destroy the source of the Necromorph outbreak. You will also need to scavenge through the dangerous environment of Tau Volantis to find resources for weapons and tools and play the campaign of Dead Space 3 solo or in an online co-op.

8. Plants vs. Zombies: Battle for Neighborville

Back 4 Blood is an action-packed first-person shooter campaign from the creators of the Left 4 Dead franchise. The zombies in Back 4 Blood are called The Ridden and you are tasked with eliminating the Ridden to save the world. In the 4-player co-op story campaign, you need to work together to survive challenging missions. You can pick one of the 8 customizable classes and use a wide range of lethal weapons and items to eradicate the Ridden.

Call of Duty Black Ops Cold War has great zombie modes, which are designed for new players as well as veterans. The modes have their own storyline, where you have to complete a bunch of objectives while killing waves of zombies. Just like Zombies experiences from previous games, the one in Black Ops Cold War also has several easter eggs and secrets to explore. Lastly, Black Ops Cold War’s Zombies mode is considered one of the best in the franchise.