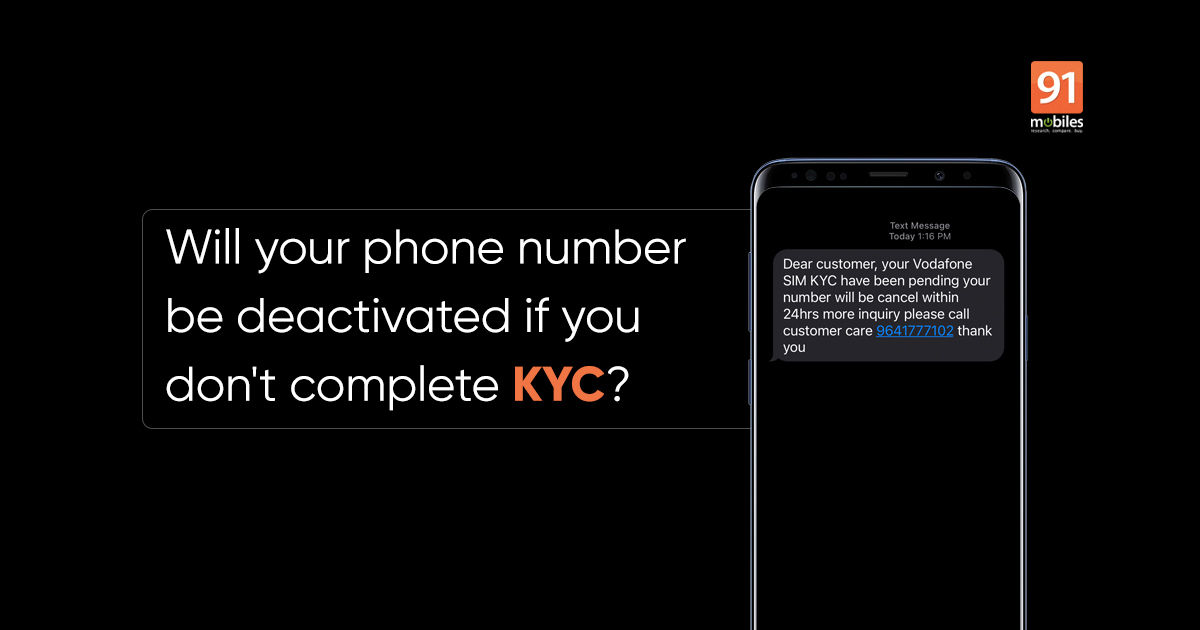 The internet is host to a lot of scams, ranging from sophisticated to downright stupid. A new one has emerged and it leans towards the latter. Scammers are attempting to steal users’ personal data under the garb of KYC verification. Many users have said that they received SMS messages from unknown numbers stating that their numbers would be discontinued if they didn’t verify their KYC information within the next 48 hours. If you happen to be on the receiving end of such messages, disregard them, as they are fake. While companies do reach out to customers for KYC verification, it is via official channels and not unknown phone numbers. Here is what one such SMS could look like:

In both instances, the contents of the SMSes are riddled with grammatical errors/inconsistencies. No legitimate message from a company like Airtel or Vodafone would spell ‘number’ as ‘numbar’. Moreover, the message from “Airtel” was sent to a Jio user in one case. These alone should be enough to set off alarm bells in anyone’s head that it is a scam. This is a good, thing, though as it shows that the scammers behind the poorly conceived plot aren’t very bright, to begin with. Furthermore, anyone with a keen eye can dismiss it as a scam.

Airtel warns not to fall for such KYC scams 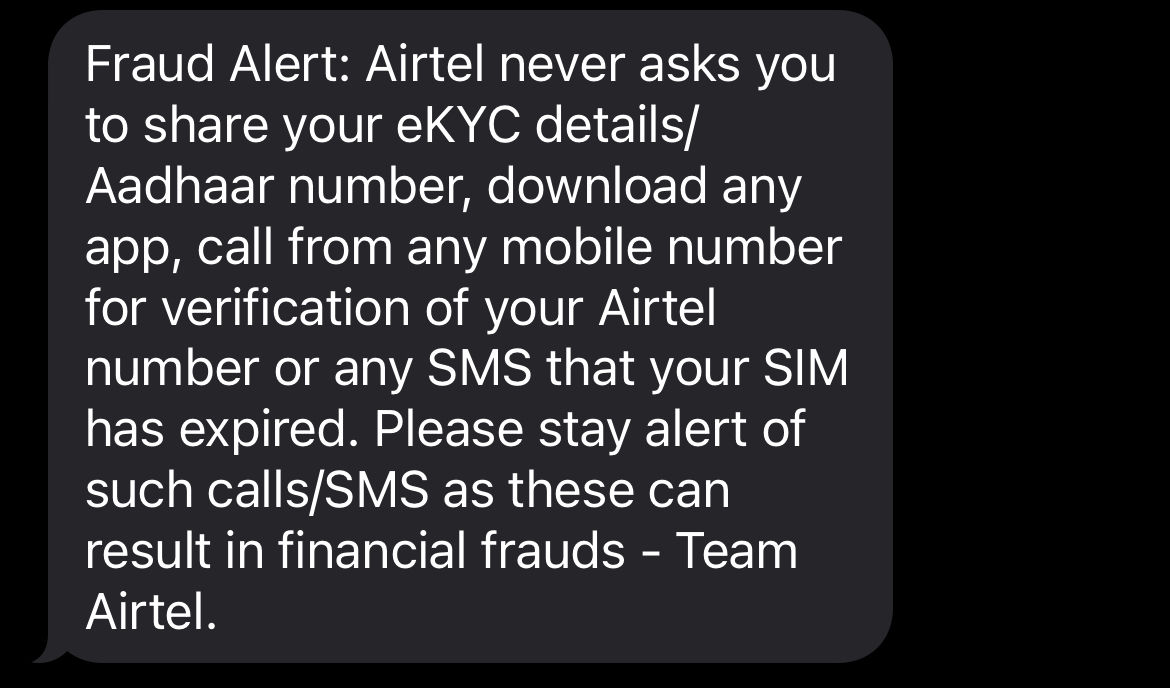 Airtel has been sending messages to its users warning them not to fall for the latest KYC scam. The message reads, “Fraud Alert: Airtel never asks you to share your eKYC details/ Aadhaar number, download any app, call from any mobile number for verification of your Airtel number or any SMS that your SIM has expired. Please stay alert of such calls/ SMS as these can result in financial frauds.”

Such KYC messages indeed have the potential to steal your data and money, if you are not careful. Note that these messages come with a phone number or may include a suspicious link. Calling on the number can put you directly in touch with a scammer, who may ask you to download third-party apps that can clone your phone and steal your data. Suspicious links can take you to a fraudulent site that can also steal your data.

Unfortunately, one can’t do a whole lot if they’re received such messages, other than ignoring it, i.e. It most likely means that your number is in the hands of shady individuals. More often than not, that is a result of data breaches. You can use services like HaveIBeenPwned to find out if your personal information has been leaked by any major recorded breach. It would also be wise to call official customer care numbers to verify whether the message you received is legitimate or a scam.