91mobiles.com
Home News Bill Gates says Steve Jobs was like a ‘minor wizard’ who would... 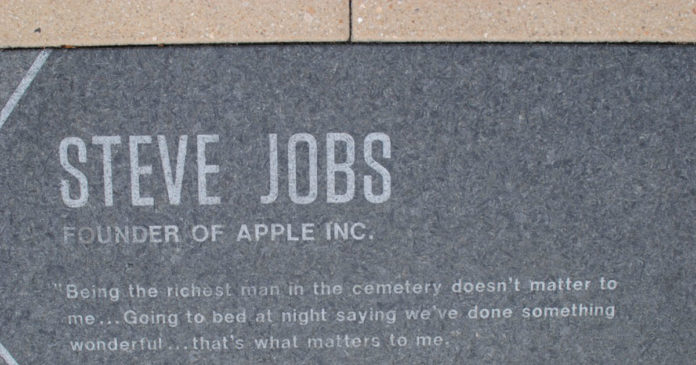 Yesterday, Bill Gates touched on his thoughts on now-deceased Steve Jobs during an interview with CNN. The world’s second-richest man said that he praised Jobs’ design acumen and how he was able to save Apple from dying. As detailed by Bloomberg, talking about leadership, Gates mentioned that he hasn’t yet met anyone who could rival Jobs when it comes to picking talent, motivating that talent, and having a sense of design. Notably, he also said that it’s easy for people to “imitate the bad parts of Steve,” and even mentioned that Jobs could be an “asshole” sometimes. In the interview, Gates said that Jobs was able to save Apple, which he said was “on a path to die,” by “casting spells.” “He was like a minor wizard because he would be casting spells, and I would see people mesmerized, but because I’m a minor wizard, the spells don’t work on me,” said Gates. “Even when he failed, he succeeded,” Gates said, citing the 1988 introduction of NeXT, the computer that “completely failed, it was such nonsense, and yet he mesmerized those people,” Gates added further.

Furthermore, Gates mentioned that Jobs was capable of bringing “some incredibly positive things,” apart from his tough attitude. Apple was on the verge of dying, but Jobs saved it when he returned to the company in 1997. Soon after he returned, the brand introduced the highly successful iMac G3, followed by many products such as the iPod, the iPhone, the iPad, and more. Notably, last year, Apple became the first publicly traded company in the US to be worth $1 trillion last year.