Black Shark, Xiaomi-backed gaming smartphone brand, has been in the market for the past couple of years, but limited to China and, more recently, a couple of European countries. Its latest smartphone, the Black Shark 2, competes with gaming phones such as the Razer Phone 2, ASUS ROG Phone, and others. However, the Black Shark 2 offers a lot more for the price when compared to the other gaming devices and is an absolute beast. The phone was launched in China earlier this year and is soon going to be available in India as well.

The company has officially announced that the Black Shark 2 will be launched in India on May 27th. It has already sent out invites to the media for an event that will be held in New Delhi. The device recently received the BIS certification in India as well. The phone is available in China for a starting price of RMB 3,199 (~Rs 32,700). This is for the variant with 6GB RAM and 64GB of storage. If the phone is launched at this price in India, then it will also compete with devices such as the OnePlus 7. 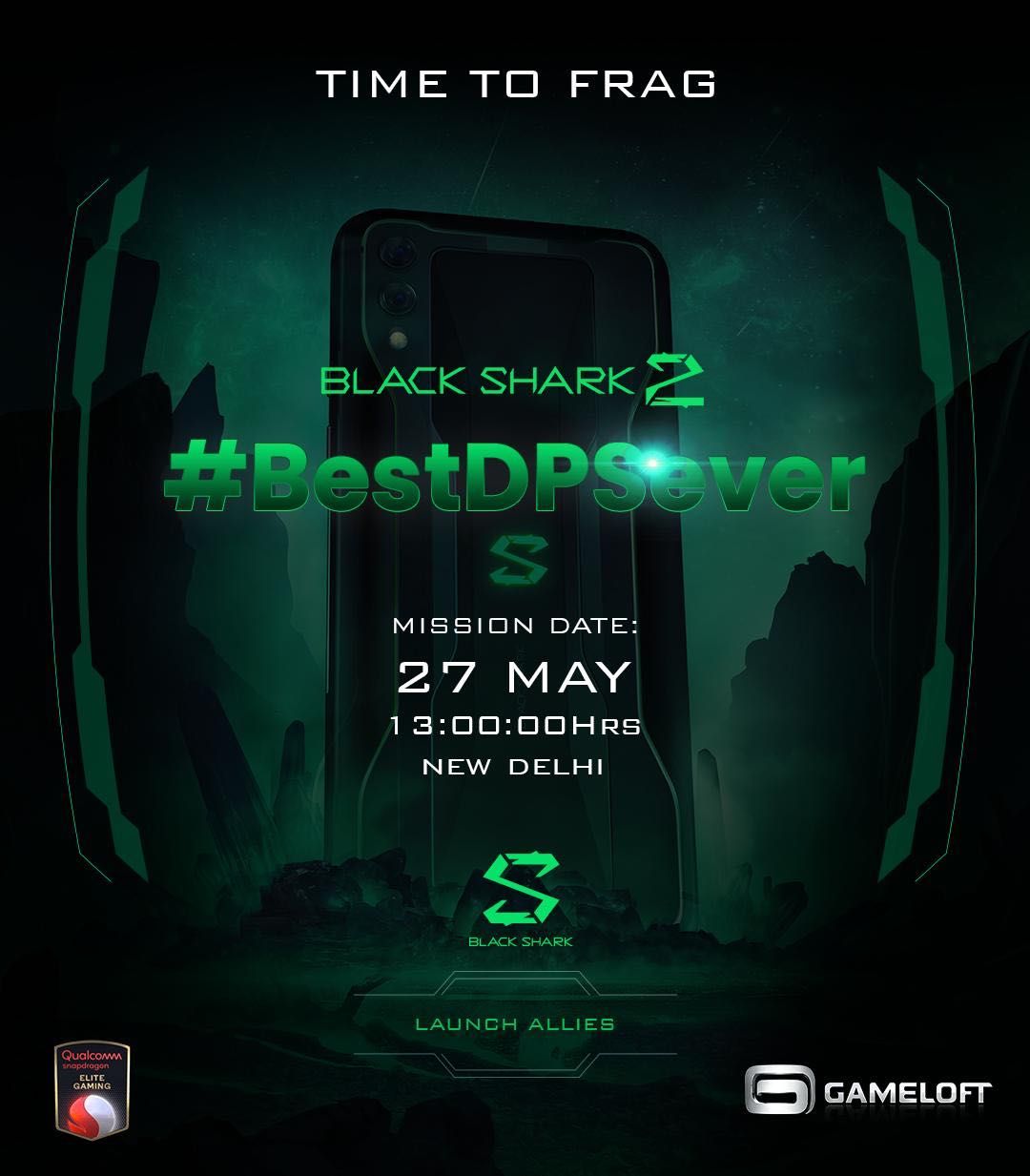 To jog your memory, Black Shark 2 is a beast of a smartphone, especially if you’re looking to game all day long. It features a new rugged design that features an RGB LED logo at the back and light strips on both sides. With this phone, you will definitely stand out from the crowd and will be able to play games without any compromises. It features Liquid Cooling 3.0 and Shark Space to better enhance the gaming experience. Buyers can choose the smartphone in variants having up to 12GB RAM and up to 256GB storage.

The Black Shark 2 features a 6.39-inch AMOLED display with full-HD+ resolution and slim bezels all around. The display also houses an optical fingerprint scanner underneath the panel. At the back, the device features a dual camera setup with a primary 48-megapixel unit and a second 13-megapixel sensor. A 20-megapixel sensor is available up front for selfies. The phone comes with dual front firing stereo speakers and three microphones. A 4,000mAh battery, with 27W fast charging support, is available as well. There’s no headphone jack though.