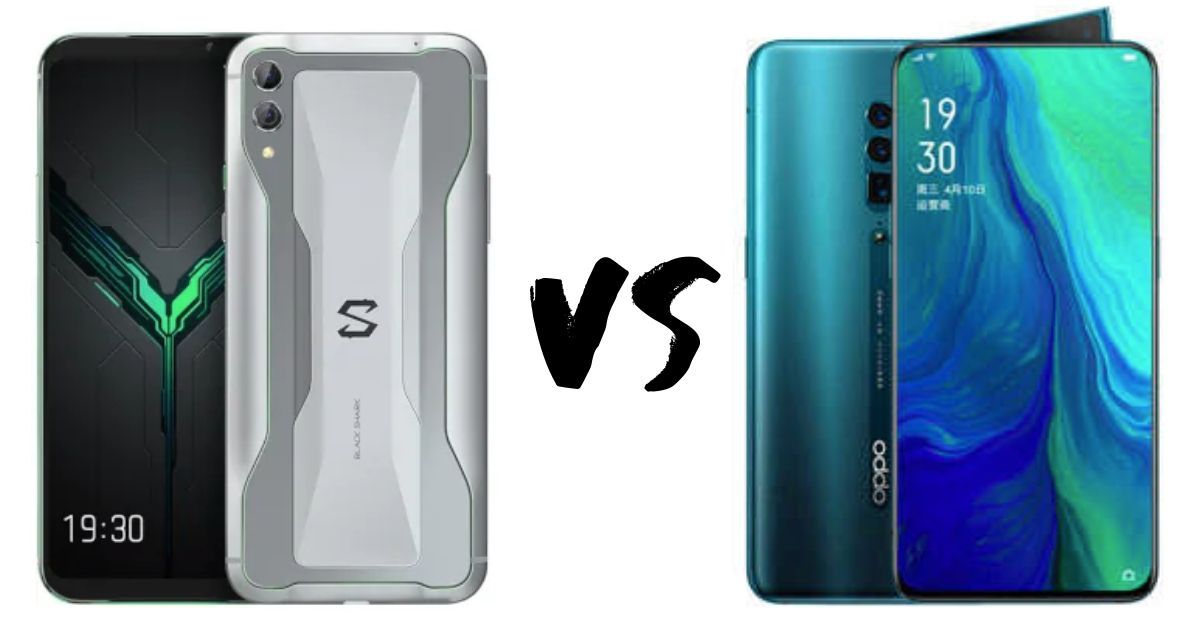 Xiaomi has taken its own sweet time to bring its series of gaming phones into India, but the arrival of the Black Shark 2 (first impressions) nonetheless spells great news for those who have been awaiting its release here. Also ready to hit the country’s market is the OPPO Reno 10x Zoom (first impressions). Both the aforementioned handsets deliver highly impressive features and powerful specifications that are really bound to get prospective buyers torn between these two offerings. We’re going to try and clear out that confusion with this detailed comparison between Black Shark 2 and OPPO Reno 10x Zoom price in India and specifications. Let’s get straight into it then.

The Black Shark 2 will be sold in India in two configurations. Its base 6GB + 128GB variant costs Rs 39,999, while the 12GB + 256GB model comes at Rs 49,999. The phone will be sold exclusively through Flipkart starting June 4th. The Reno 10x Zoom Edition from OPPO is priced similarly, with the base configuration of 6GB + 128GB costing Rs 39,999. However, the more expensive top-shelf variant of the handset comes with 8GB of RAM and 256GB internal storage, which pales in comparison to the Black Shark 2’s 12GB system memory (on paper, at least). It will go on sale starting June 7th.

A major difference in the way these two smartphones have been designed is visible at their front. While the Black Shark 2 has visible bezels surrounding its display, the OPPO device has taken the completely full-screen approach. Owing to this, the Reno keeps its front camera hidden in the top surface. It rises up like a shark fin whenever needed.

As for rear cameras, the Xiaomi-made handset grabs just two of them, whereas the OPPO phone goes for a triple camera setup that we’ll talk about later. The rear surface of the Black Shark 2 is a sight to behold thanks to its incorporation of the illuminating ‘S’ logo and the aesthetic arrangement of its cooling vents. This is also a phone that supports gaming accessories (sold separately) that look to enhance the gaming experience.

Both the phones come with AMOLED panels on their front ends. The one on the Black Shark 2 is 6.39-inch in size, and showcases its visuals in 1080 x 2340-pixel resolution. The one the on the Reno 10x Zoom Edition is a 6.6-inch panel with the exact same resolution. Both these phones support the DCI-P3 colour gamut.

Qualcomm’s top-end Snapdragon 855 chipset can be found inside these two devices. This powerful SoC supports a 2.8GHz octa-core processor and an Adreno 640 GPU, which is great for extracting the maximum graphical performance from mobile games. We’ve mentioned the RAM and storage options in the space above, and what you must know is that microSD card support is only offered by the OPPO handset.

The Black Shark 2 runs near-stock Android Pie out of the box. One of its additional features is Shark Space, which is another name for a gaming mode that disables notifications and clears out memory. There’s a dedicated button on the side of the device to activate this mode. The OPPO Reno 10x Zoom ships with Android Pie-based ColorOS 6, which includes such new additions as a game hub, an updated gaming mode, a riding mode, new navigation gestures and a lot more.

Black Shark 2 comes with a dual camera setup. The main sensor is a 48MP unit paired with an f/1.8 lens, while the secondary camera is a 12MP unit equipped with a telephoto lens for 2x optical zoom. The front camera of this phone bears a 20MP sensor. As for the Reno, its triple camera setup includes a 48MP f/1.7 main unit, a 13MP sensor with a periscope-like arrangement that enables 5x optical zoom, and an 8MP sensor aimed at allowing ultra wide-angle photography. The pop-up front camera on this phone is a 16MP unit.

All these above-mentioned points should make it very simple to choose between these two handsets. Gaming enthusiasts can blindly opt for the Black Shark 2, whereas photography buffs have a lot to look forward to in the OPPO Reno 10x Zoom.