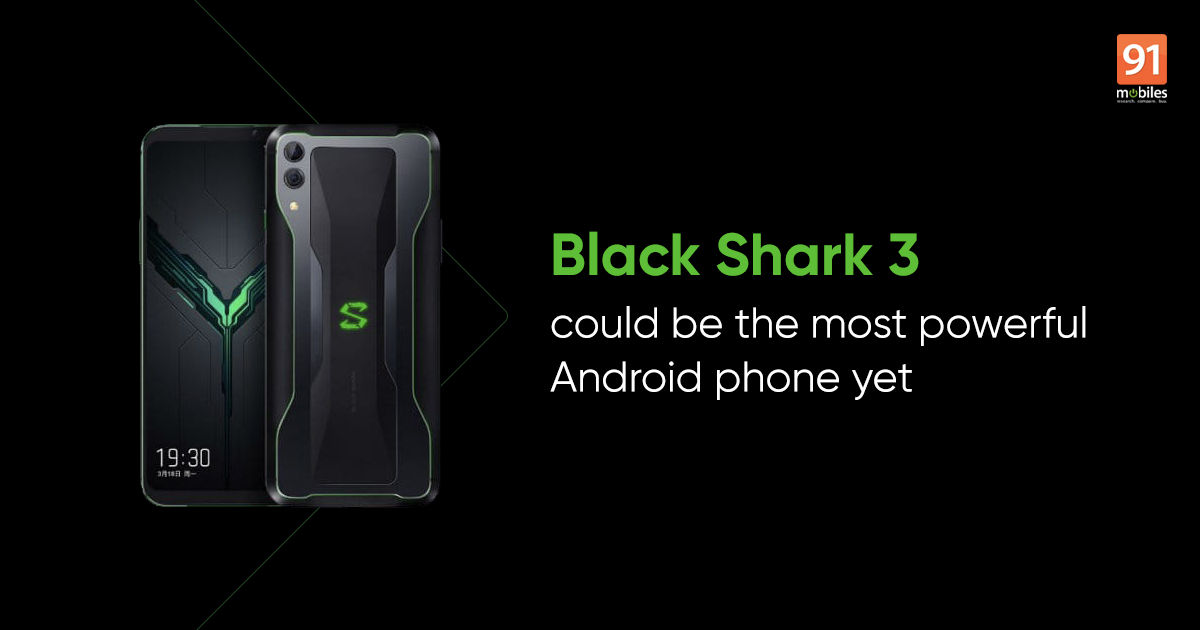 Black Shark 3 is scheduled to launch on March 3rd in China and is confirmed to ship with Snapdragon 865 SoC and also have 5G connectivity. The handset is likely to run JOY UI custom skin with a focus on gaming. Now, the Black Shark 3 is spotted on AnTuTu benchmark and scored a record 620,952 points, which is the newest highest score on the platform, surpassing iQOO 3’s AnTuTu score of 597,583. This potentially means the Black Shark 3 could be the most powerful Android phone yet. Earlier reports suggested the handset would pack a Quad HD+ display with 120Hz refresh rate, up to 16GB LPDDR5 RAM and UFS 3.0 storage. A 5,000mAh battery with 65W fast-charging is said to fuel the phone.

While it isn’t confirmed, the Black Shark 3 is expected to feature a triple camera setup at the back, presumably with a 48MP primary sensor, an ultra-wide-angle lens and a telephoto sensor. Unfortunately, not much is else is known about the flagship gaming phone at the moment, but since the launch is just a few days away from now, we don’t have to wait for much longer.

Before the Black Shark 3, the company launched the Black Shark 2 Pro, which sports a 6.39-inch AMOLED TrueView display with an aspect ratio of 19.5:9 and a 60Hz refresh rate; it supports display touch sampling rate of 240Hz for a smoother gaming experience. It is powered by the Qualcomm Snapdragon 855 Plus processor with Adreno 640 GPU. It packs 12GB of RAM and up to 256GB UFS 3.0 internal storage. A 4,000mAh battery with 27W fast charging support fuels the phone.

Connectivity features include 4G LTE, dual-SIM slots, dual-band Wi-Fi, Bluetooth 5.0, and A-GPS with GLONASS. It has an in-display fingerprint sensor for security and boots Android 9.0 Pie. In terms of optics, the Black Shark 2 packs a 48MP primary sensor and a 12MP telephoto lens with 2x lossless zoom. On the front, there is a 20MP Snapper for selfies and video chats.

While the Black Shark 2 Pro never made it to India, the brand did launch the Snapdragon 855-powered Black Shark 2 in the country priced at Rs 39,999. We expect the Black Shark 3 to launch in India as well at a competitive pricing to take on the Realme X50 Pro and iQOO 3.