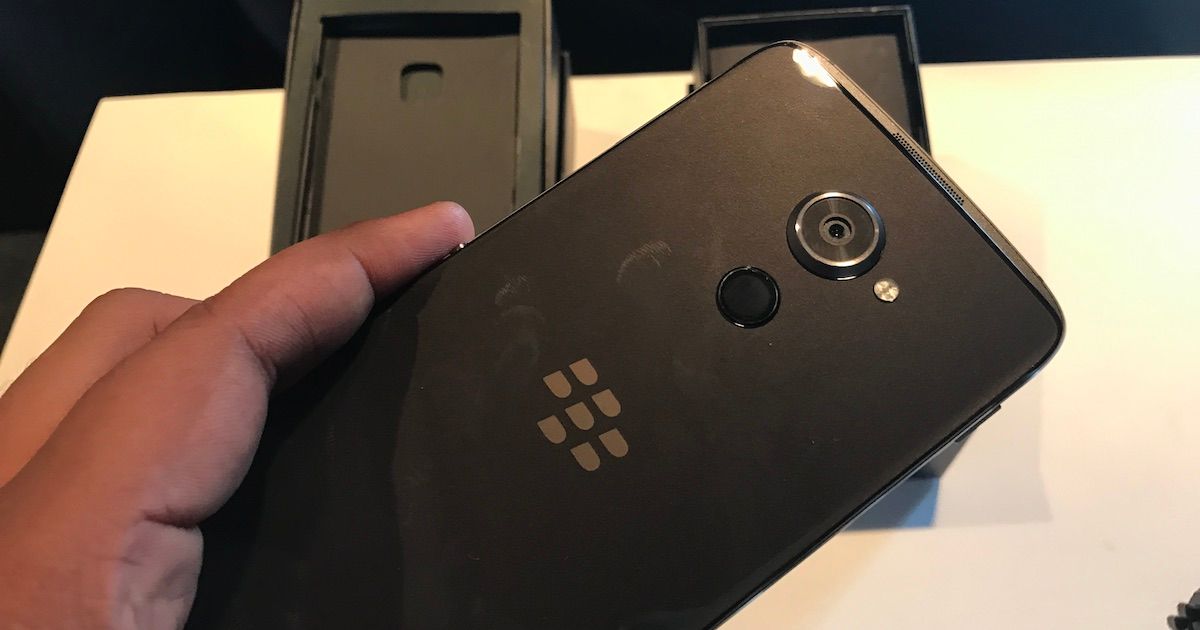 Along with the BlackBerry DTEK50, the Canadian tech major also launched the DTEK60 which is supposed to be the flagship smartphone showcasing the company’s new shift in strategy — one that is more aligned towards software. Therefore, it isn’t surprising that the DTEK60’s hardware is made by Alcatel and it resembles the Alcatel Idol 4S. We managed to spend some time with the new phone at the launch event, and here are our first impressions. 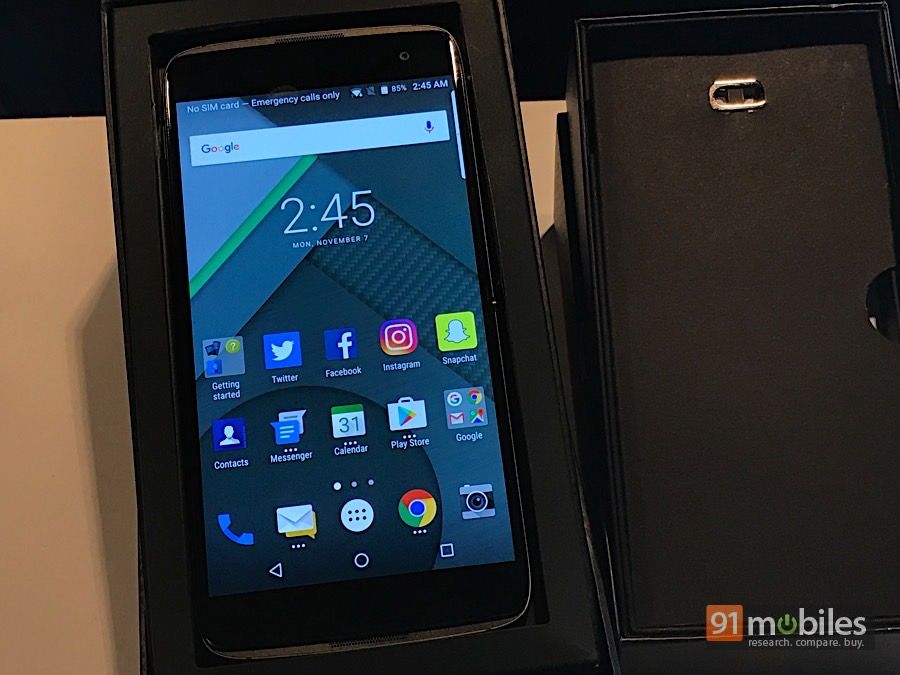 With its glass rear and front, the BlackBerry DTEK60 looks premium through and through. The protruding 21MP camera on the rear actually reminded us of the design of the Moto Z. Beneath the rear lies the fingerprint scanner, which we couldn’t test in our time with the phone. Just like the DTEK50, the DTEK60 also comes with a convenience key that sits bang in the centre of the right edge. You can program the key to perform a specific task of our choice, like opening the camera app or triggering the torchlight. Additionally, just like the DTEK50 (first impressions), the power button on the DTEK60 is placed on the top of the left edge, which makes it awkward for right-handed folks to reach; not very ergonomic to be entirely honest. Overall, the phone looks good but the all-glass design doesn’t inspire confidence in its sturdiness; more on this in our full review. 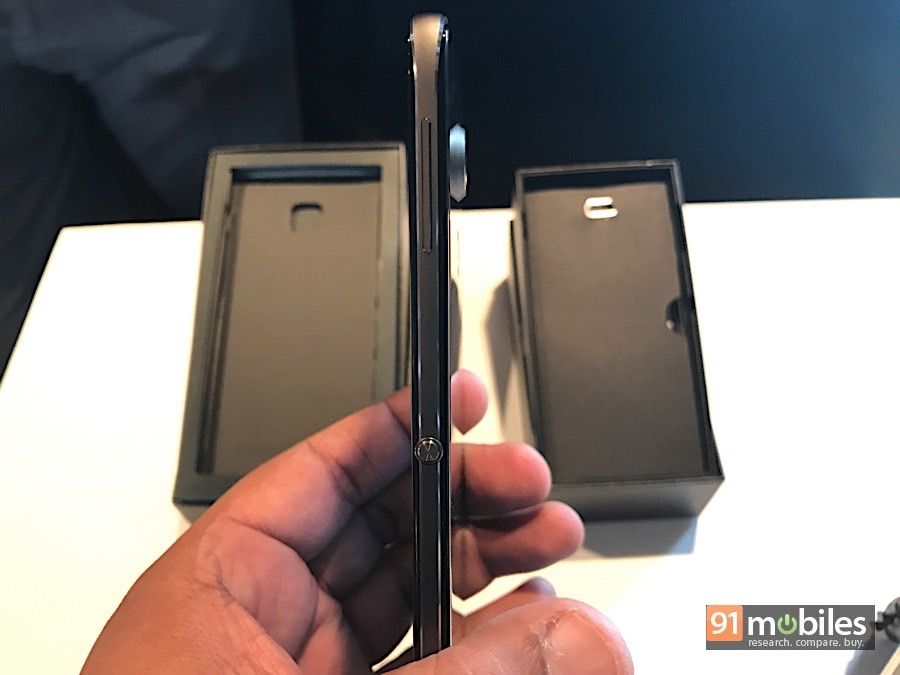 The phone uses a Snapdragon 820 SoC coupled with 4GB of RAM, a fairly standard setup on most flagship smartphones these days. This should be more than enough for most use cases including performing daily tasks and playing games. In our time with the phone, we found it more than responsive but we will definitely need to spend more time to check if the same will be true for a longer duration of usage. You get 32GB of storage, which can be further expanded by up to 2TB using a microSD card. You can only use one SIM card with the phone and it supports VoLTE as well. 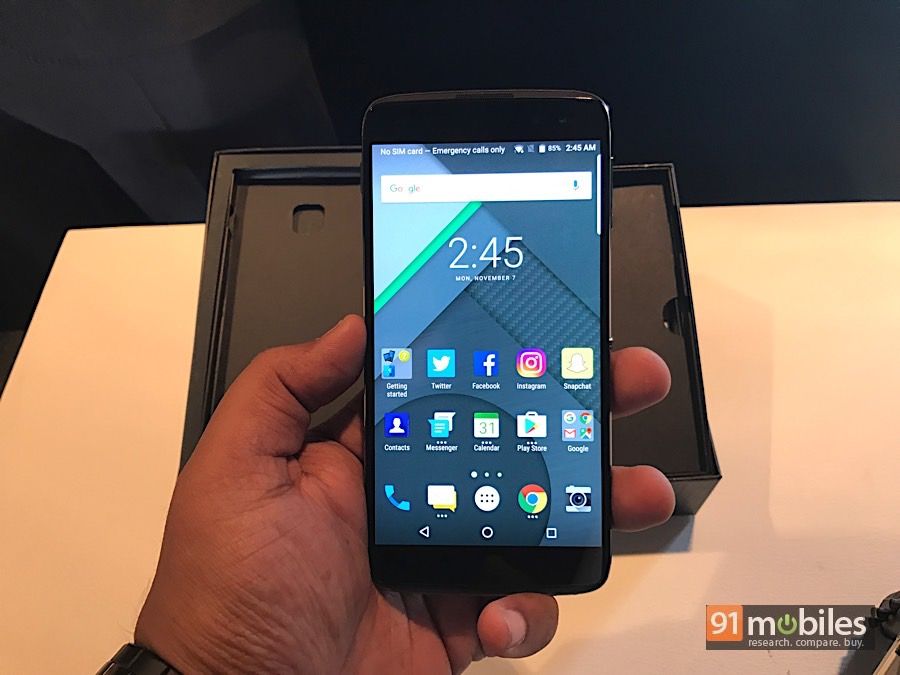 Let’s talk about the software, the calling card for BlackBerry phones in the future. The DTEK60 runs Android 6.0.1 Marshmallow with a few unique BlackBerry tweaks. For example, the phone comes with a dedicated DTEK app that provides you with a clean interface to show how secure your phone is. Using the app, you can actually monitor the permissions given to other apps just like you can with regular Marshmallow. But the DTEK app goes a little deeper with details like how many times the Facebook app has accessed the front camera of the phone and similar details. It is perfect for those obsessed with security… which should be everyone actually. Another software tweak allows you to access an app’s widgets by swiping up from the icon as an alternative to placing them on the screen. There’s also a productivity slider that can be invoked directly from the home screen to access a page which has information about favourite contacts, recent appointments, and such. 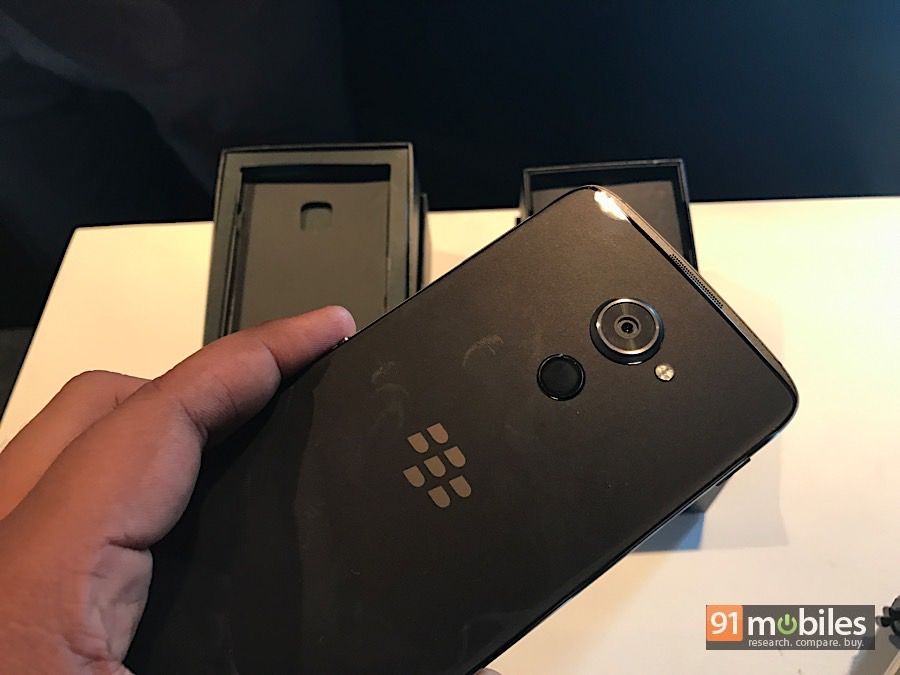 The phone comes with a 3,000mAh battery, which should be sufficient for regular usage but we shall test it during our full review. Along with the battery we shall also test the performance of the rear and the front cameras as well.

The DTEK60 is the second brick in the foundation for a new future that BlackBerry is heading towards and we are glad the company is catering to the masses by adopting Android with a vengeance.