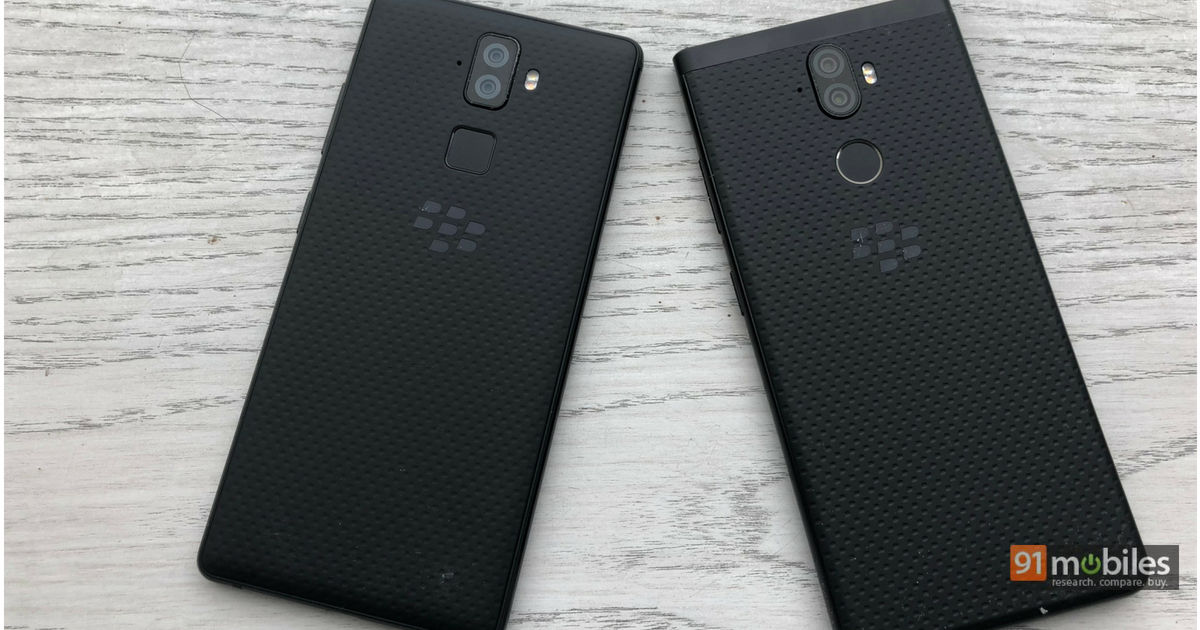 “Hands on with the new BlackBerry Evolve and Evolve X”

The BlackBerry name instantly evokes visions of keyboard-toting phones… devices that were all the rage a while ago for their push email capabilities, loaded security features and the BBM instant messaging platform, among others. BBM in fact, made BlackBerry handsets popular even among youngsters, transcending the boundaries of the original business-centric positioning of these devices. Those days are well behind us now though, thanks to the iPhones and the Androids that have taken over the smartphone segment, with WhatsApp replacing BBM to serve the world’s messaging needs. BlackBerry-branded phones however, are still around, courtesy TCL and Optiemus that have secured the rights to manufacture and sell these devices. Optiemus, which holds the rights for the Indian market, has just launched two new BlackBerry handsets in the form of the Evolve and Evolve X, and claims these phones have been conceptualised, designed and made in India. Here’s a closer look. 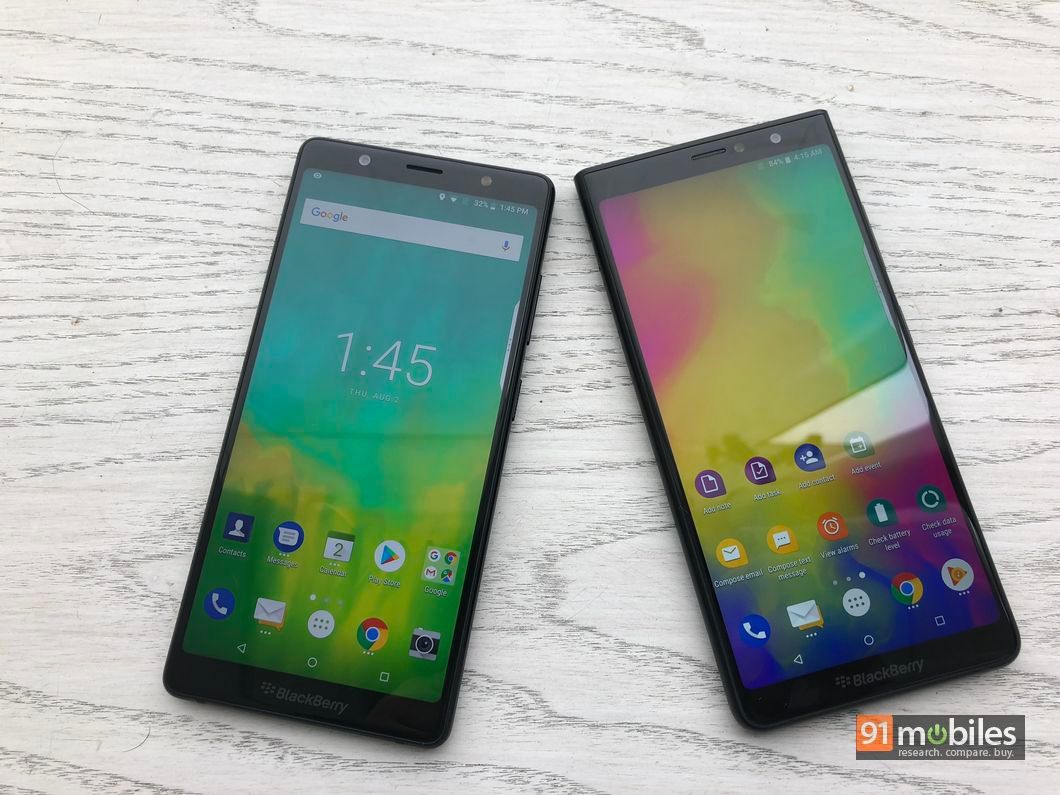 There are quite a few similarities between the Evolve and its X sibling in terms of design, as both of them sport similar designs and form factors. The signature QWERTY keypad, last seen on the BlackBerry KEY2 (review) is missing this time around, and both phones sport 5.99-inch FHD+ displays bearing 18:9 aspect ratio, protected by Gorilla Glass 5. The key design highlights of the Evolve and Evolve X include slim bezels on the sides of the screens, BlackBerry branding on the bottom chins, earpieces on top along with the selfie cameras and front-facing flash units placed above the screen. The SIM tray is located on the left spine, while the right is where the power key and volume rocker are placed. The bottom is home to a USB Type-C port, while a 3.5mm headset socket is located on top. 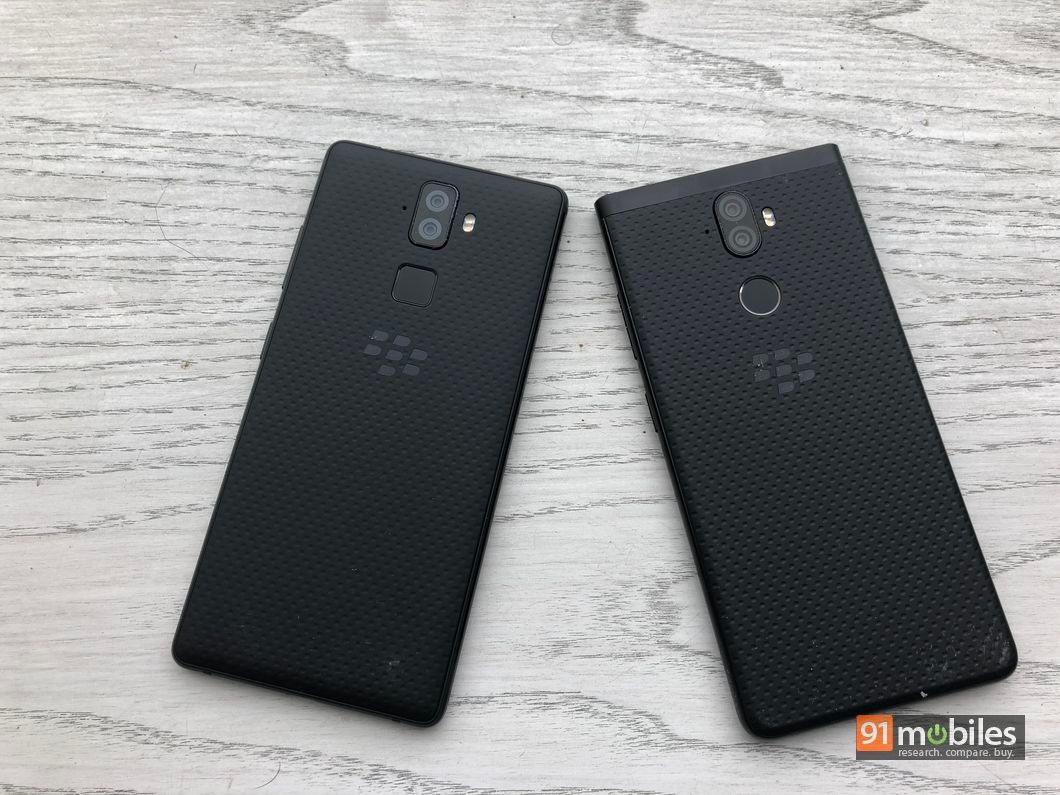 Flip to the rear, and you’ll be greeted by BlackBerry’s signature textured backs that aid grip and lend solid build quality to the devices. Vertically-arranged dual cameras, flash, and the standard BlackBerry flying Ds logo can also be seen at the back. The rear is also home to fingerprint sensors – a square-shaped one on the Evolve and a circular one on the Evolve X. Another difference in terms of design between the two handsets is the fact that the Evolve comes with rounded corners, whereas the Evolve X features a flat top, with only the bottom corners being rounded. Worth mentioning that instead of unlocking via the fingerprint scanner, you can also authenticate yourselves using face unlock on both phones. The two phones also offer Dolby music enhancements. 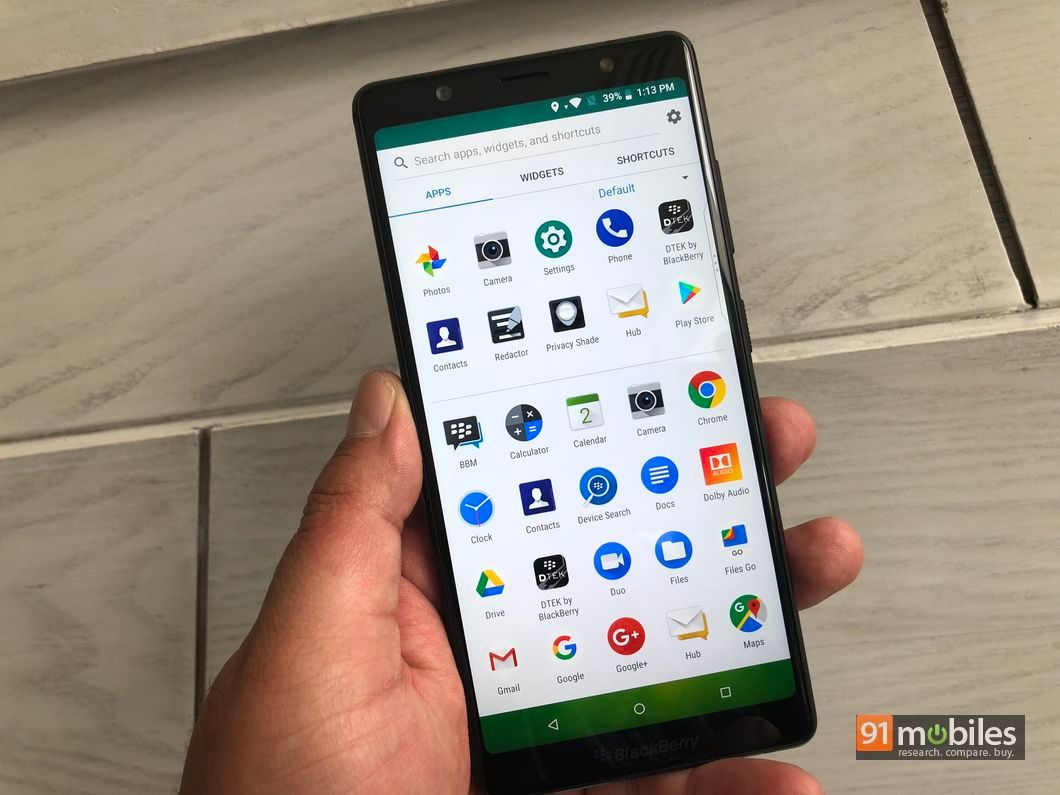 Things are pretty much the same as far as the software platform is concerned too, with both phones running near-stock Android Oreo 8.1. The usual BlackBerry frills and preloaded apps are all there of course, and you can expect features like the BlackBerry Hub, BBM, swipe-up widgets for supported apps and virtual keyboard with flick typing. Of course, these phones bear BlackBerry branding, so you can also expect a ton of security features and apps as well – DTEK by BlackBerry, Privacy Shade, Redactor, Password Keeper etc, are all present and correct.

BlackBerry Evolve and Evolve X
1 of 27

Apart from the minor differences in design, the key areas of difference among the two Evolve siblings include internal specs and rear cameras. While both offer 16MP front shooters, things are a tad different when it comes to the dual rear cameras. The Evolve offers two 13MP sensors at the back, while the Evolve X sports 12MP+13MP sensors, with features like bokeh and slow motion video capture being on offer.

And as far as core specs are concerned, the Evolve comes powered by a Snapdragon 450 processor mated to 4 gigs of RAM and 64GB storage, while the Evolve X offers a Snapdragon 660 processor, 6GB RAM and 64GB storage, much like the KEY2. Both phones utilise 4,000mAh batteries, with support for fast charging. However, the Evolve X also supports wireless charging, being the very first BlackBerry smartphone to boast this feature. In fact, BlackBerry also unveiled a new wireless charger that looks very compact in terms of size… though we still don’t have the details about its pricing and availability yet. 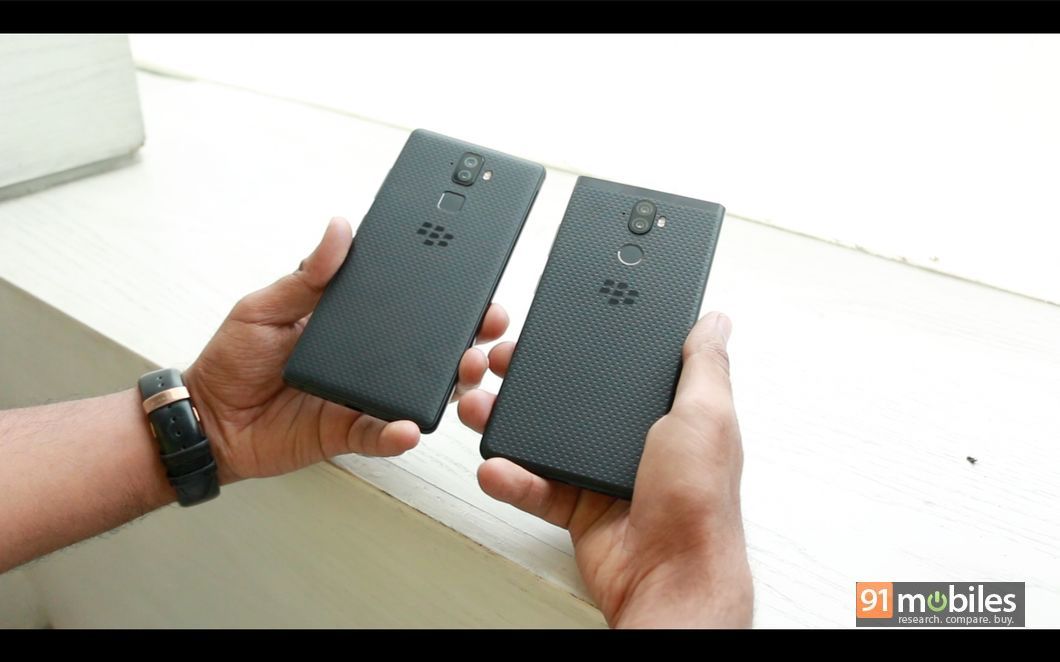 After playing briefly with the two handsets, we can vouch for their build quality being quite solid. The two phones also feel premium in the hand, though it’s too early for us to comment on the camera quality and how the phones fare as daily drivers. The 4,000mAh batteries should be good enough to power the phones through the day easily, though this is something we’ll verify when we review these devices.

In terms of the core proposition, both the Evolve and Evolve X stick to what’s expected of BlackBerry phones – solid builds, near-stock Android and useful features, with a slew of security features that should appeal not just to executives but anyone who’s concerned about keeping their data safe from prying eyes. That said, with the asking prices set at Rs 24,990 for the Evolve and Rs 34,990 for the Evolve X, the existing bunch of rivals that can offer better specs and capabilities in the same price brackets might just pull prospective buyers away. Keep an eye out for our detailed reviews, coming your way very soon.

BlackBerry Evolve to go on sale in India on Amazon starting October 10th for Rs 24,990