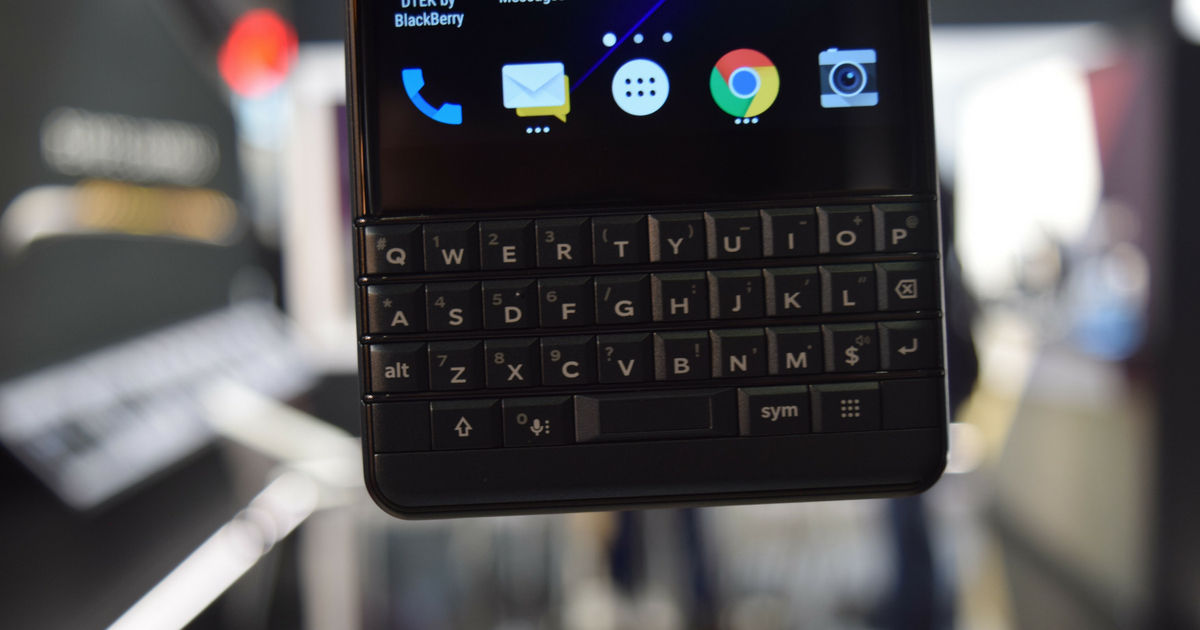 As you might be aware, BlackBerry has licensing its brand name to TCL and Optiemus Infracom, and the devices from the company are starting to make their presence felt. Just last month, the keyboard-toting KEY2 (review) made its way to India, and we also saw the global unveiling of the Evolve and Evolve X (first impressions) soon thereafter. At the IFA trade show in Berlin, TCL has announced a toned-down version of the KEY2, aptly monikered the KEY2 LE. I managed to get my hands on the smartphone to see how exactly it’s different from its sibling. 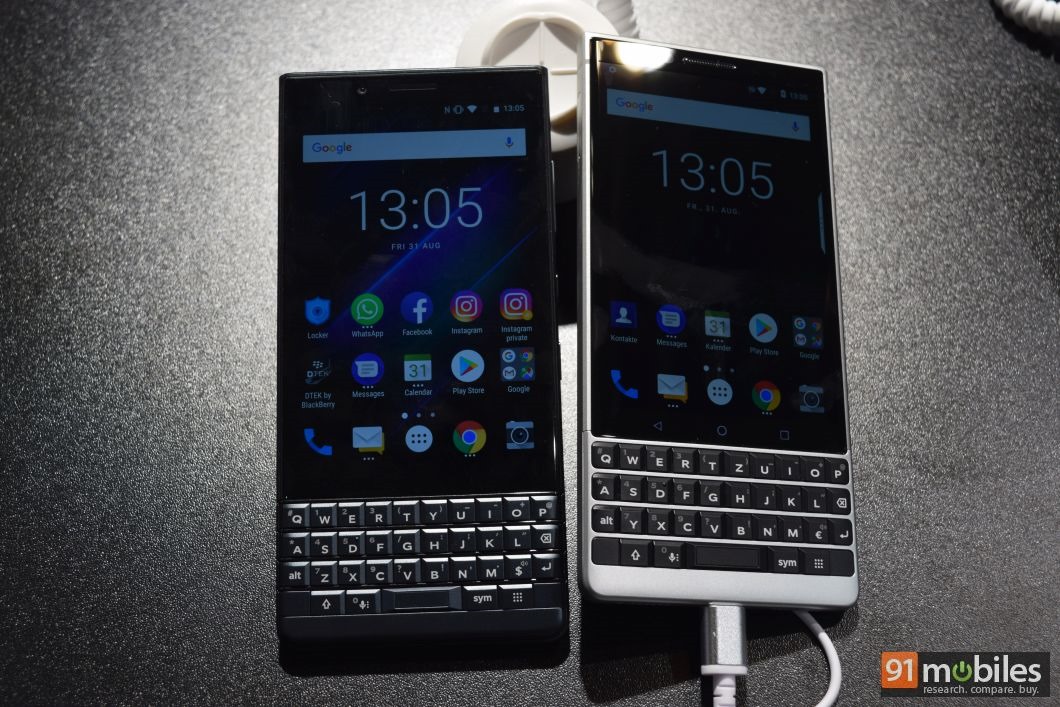 From a distance, the BlackBerry KEY2 LE looks quite similar to the BlackBerry KEY2… both phones have a similar form factor with 4.5-inch displays combined with full-sized QWERTY keyboards. It’s only when you hold the two in the hand, you’ll notice the difference. The latest handset from the company is constructed out of polycarbonate, and while it doesn’t seem as robust as the KEY2, the good thing is that it’s much lighter. Because of that, it’s also easier to operate the smartphone single-handedly. 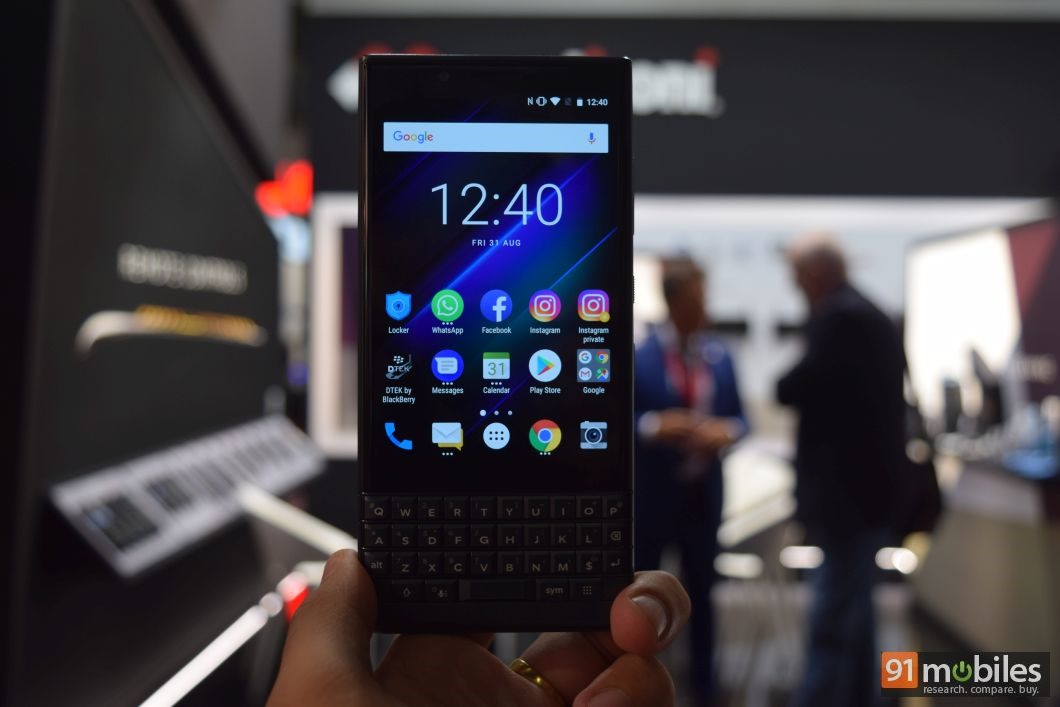 The display quality also remains the same as the KEY2 LE, bearing a resolution of 1,080 x 1,620 pixels with a ratio of 3:2. The IPS panel is sharp and the viewing angles are also quite good. However as I pointed out in the KEY2 review, the handset isn’t meant for consuming videos or stuff like Instagram stories because of the screen’s unconventional aspect ratio. 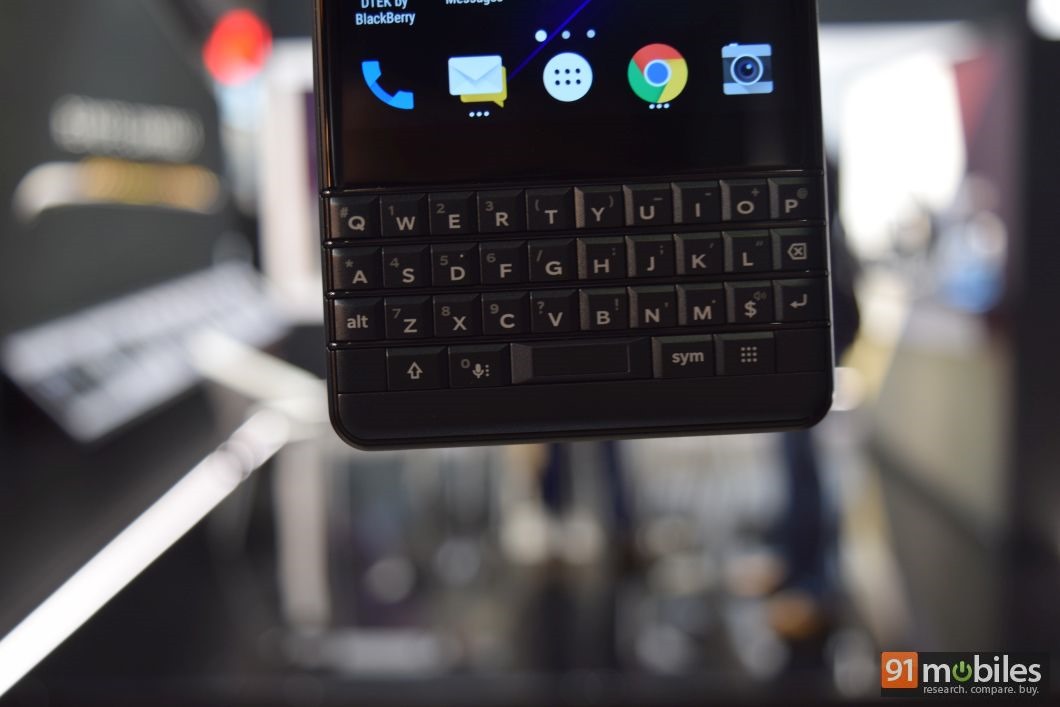 The joy of using keys to type is unmatched however, even though it’ll take time to getting used to. You also get the ‘Speed’ key, which lets you assign as many as 26 shortcuts when pressed in conjunction with the specific alphabet key. In this manner, you can quickly access any app or trigger an action like calling a contact, or message / email someone in particular. The spacebar also doubles up as a fingerprint reader. 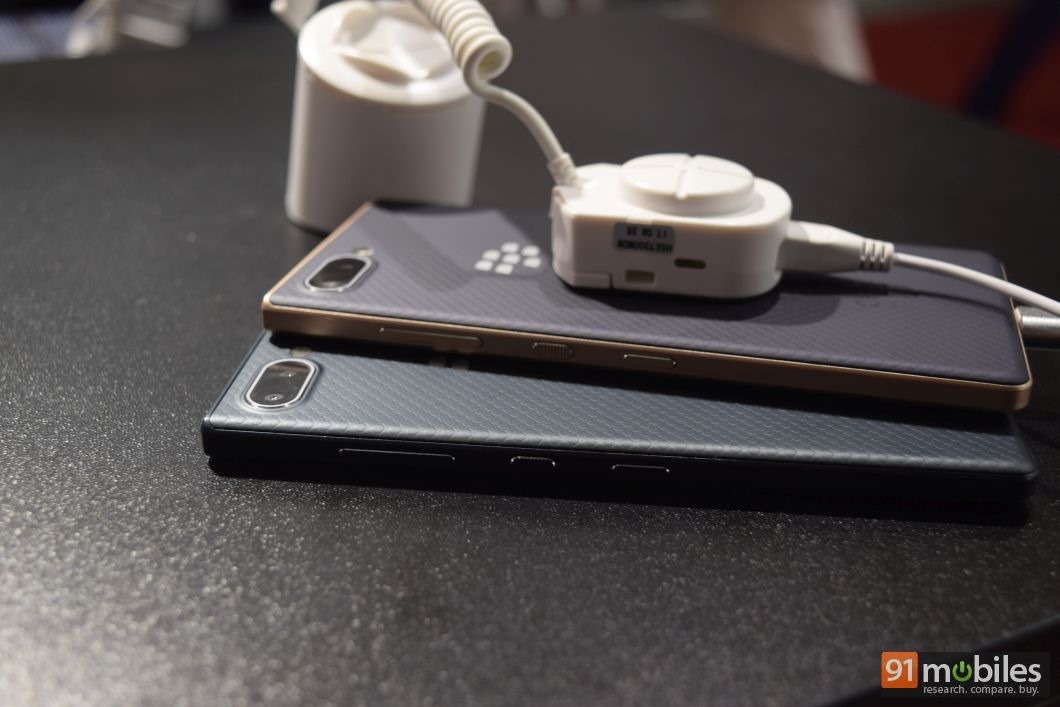 The unit I checked out came in a classy black hue, but you can also purchase the phone in Atomic colour that immediately gets attention, courtesy the red accents on the edges. There’s a champagne colour as well, which has copper accents around the frame. 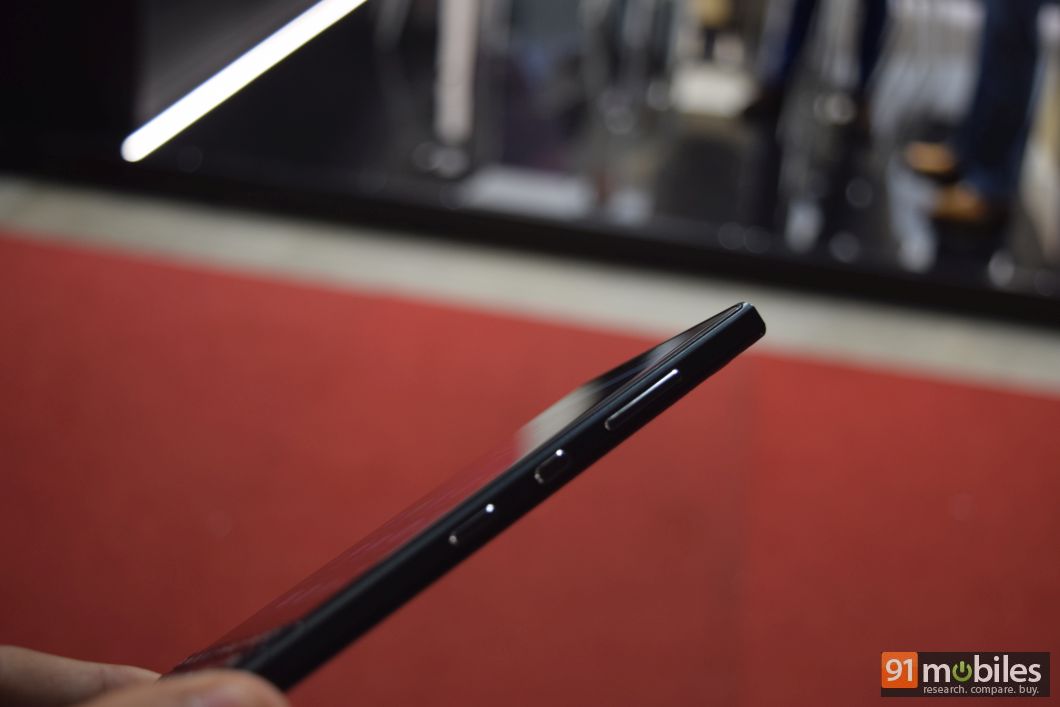 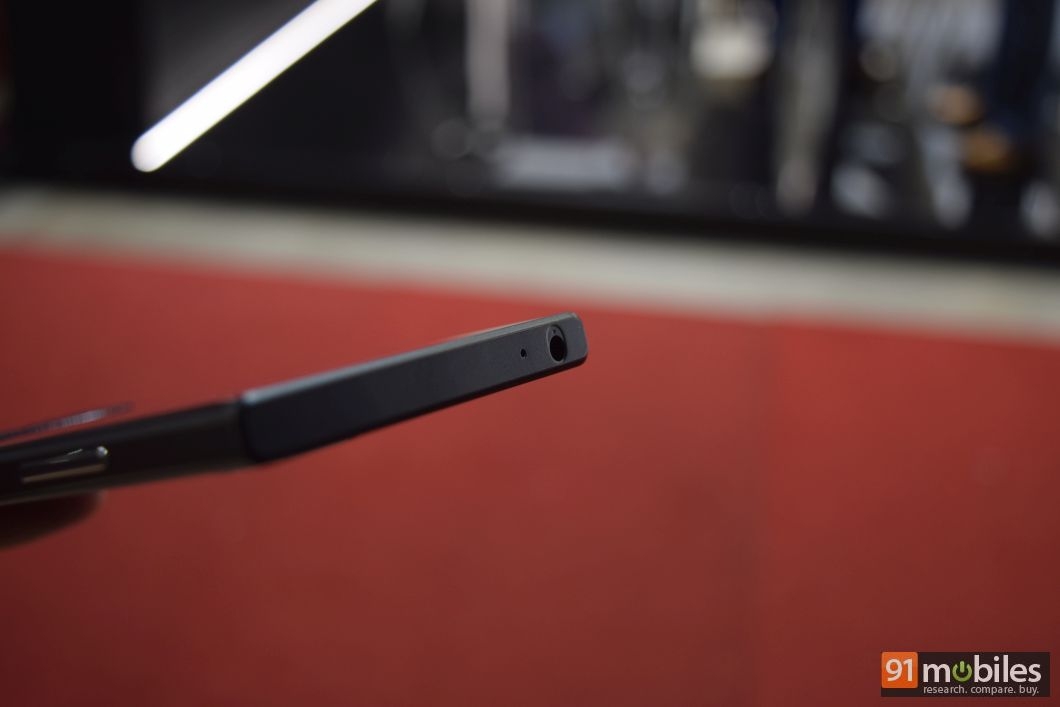 While the KEY2 LE seems similar to the BlackBerry KEY2 from the outside, the innards are quite different. The former comes powered by Qualcomm’s Snapdragon 636 chipset, instead of the SD660 SoC inside the latter. The RAM capacity also sees a downgrade to 4GB. However, the combination is still quite respectable and should be able to offer smooth usage experience. For storage, the KEY2 LE is available in two options of 32GB or 64GB, and you can by inserting a microSD card. 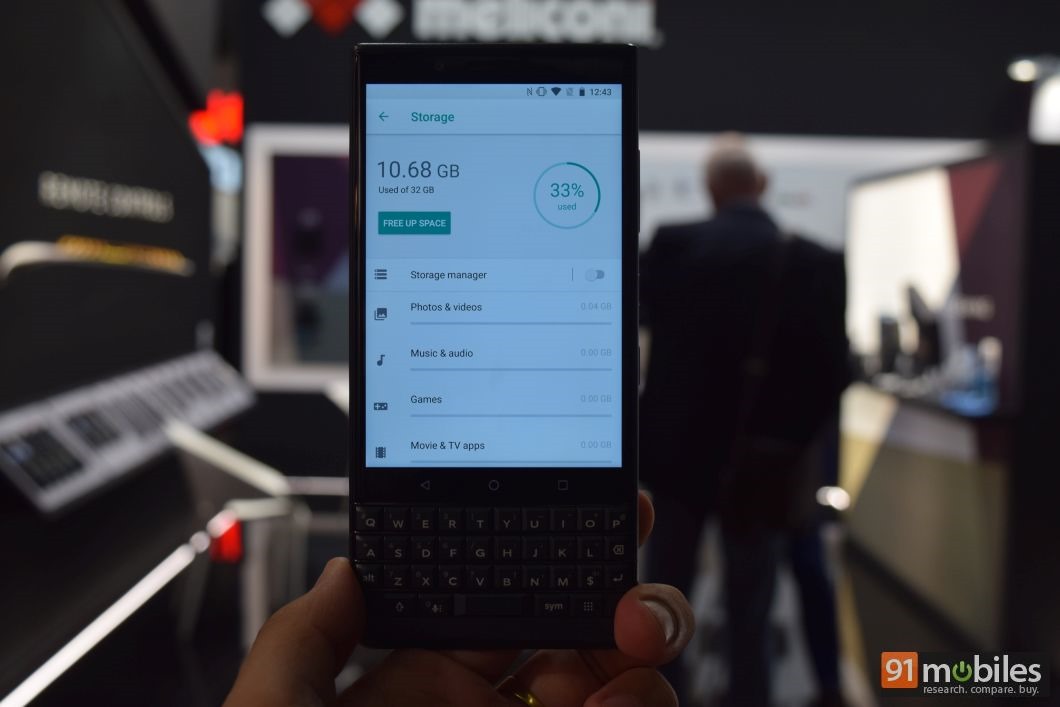 In terms of cameras, the BlackBerry KEY2 LE continues with dual shooters, but the setup now comprises a 13-megapixel snapper paired with a 5MP unit, and offers a portrait mode. As far as selfies are concerned, the newest smartphone from the brand sports an 8MP sensor instead of 13-meg shooter available on its sibling. 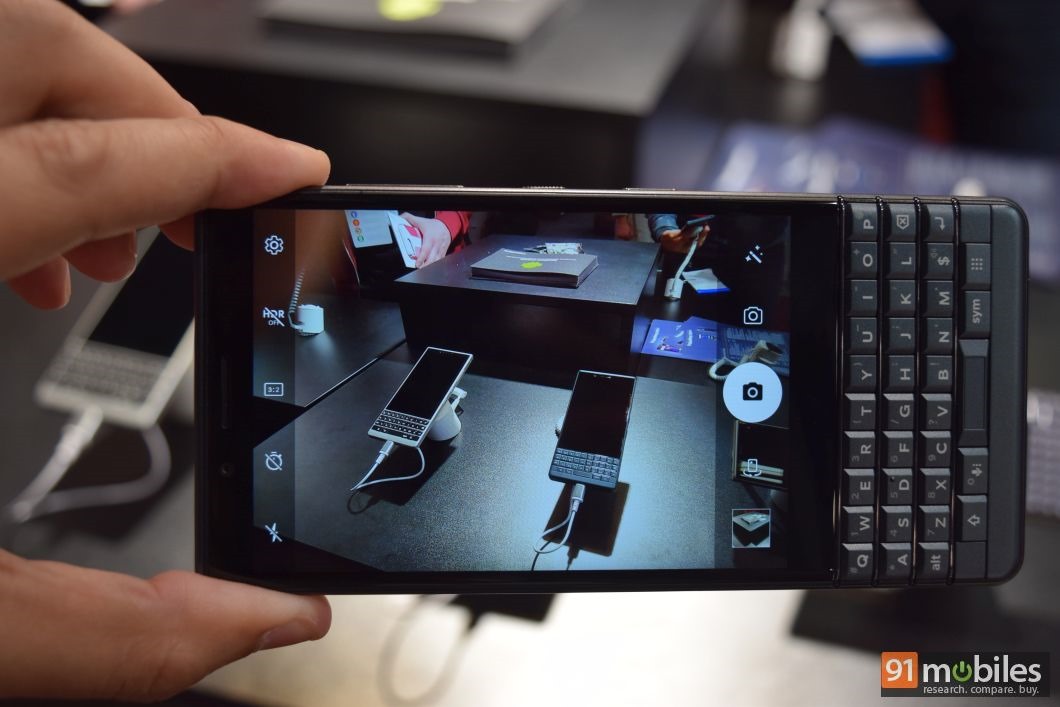 Also, instead of a 3,500mAh battery, the KEY2 LE sips juice from a smaller 3,000mAh cell. Connectivity-wise, the phone offers the usual options such as Bluetooth, Wi-Fi, NFC and GPS.

The KEY2 LE ships with Android 8.1 Oreo, and will also be in line to get an update to 9.0 Pie. Just like its sibling, the smartphone comes with the DTEK security app along with features like Private Locker and Dual Apps. The BlackBerry KEY2 LE has been priced at $399 (~Rs 28,500) for the 32GB RAM model, while the higher-end variant will retail at $449 (~Rs 32,000). While the company hasn’t announced the Indian availability of the smartphone yet, it has confirmed that the handset is headed to global markets. If launched, the base version of the smartphone will compete with the all-touch BlackBerry Evolve.