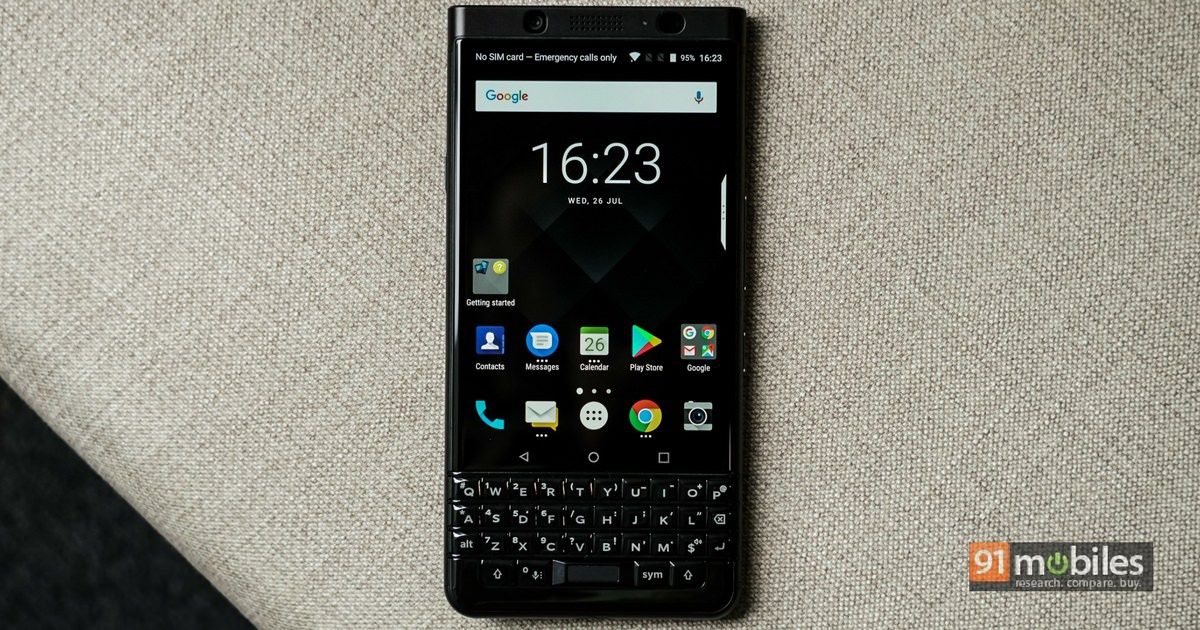 Last year, Blackberry stopped designing smartphones and licensed out its manufacturing to TCL (and Optiemus Infracom for India). It launched the BlackBerry KEYone (review) in India in August this year. The device came loaded with Android operating system and also featured the signature QWERTY keypad that the brand is known for, giving users the best of both worlds. Now, it appears that the handset maker is working on the successor to the device. 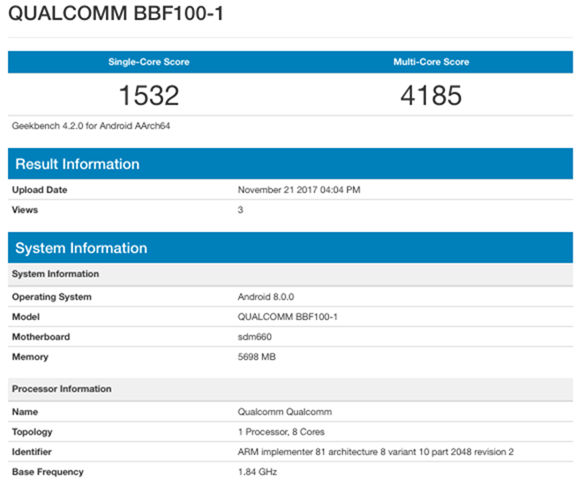 The new device, carrying the model number QUALCOMM BBF100-1, has now appeared on the benchmarking website Geekbench. The listing revealed quite a few details about the handset including the fact that it is quite a performance powerhorse. We now know that the upcoming smartphone will come fuelled by a Qualcomm Snapdragon 660 SoC, which has been mated to 6GB of RAM. Another interesting revelation comes in the form of the Android 8.0 Oreo operating system, which is welcome news for those who want the latest OS. While the Geekbench listing didn’t reveal much else, according to previous leaks, the handset will feature a display with a resolution of 1,620 x 1,080 pixels and will retain the QWERTY keypad from the KEYone.

Speaking of which, the BlackBerry KEYone sports a QWERTY keyboard with support for capacitive gestures and a fingerprint scanner embedded in the space bar. It runs Android 7.1 Nougat operating system with the usual bells and whistles from the brand. The 4.5-inch display on the handset bears a resolution of 1,620 x 1,080 pixels. Other core specifications of the handset include a Qualcomm Snapdragon 625 SoC, 4GB RAM, 64GB of expandable storage, a 12-megapixel primary camera, 8-megapixel front-facing snapper and 3,505mAh battery.

While the KEYone is already up for sale in India and comes with a price tag of Rs 39,990, there is no word regarding the launch and availability of its successor. We will bring you more updates as we get them, so stay tuned.