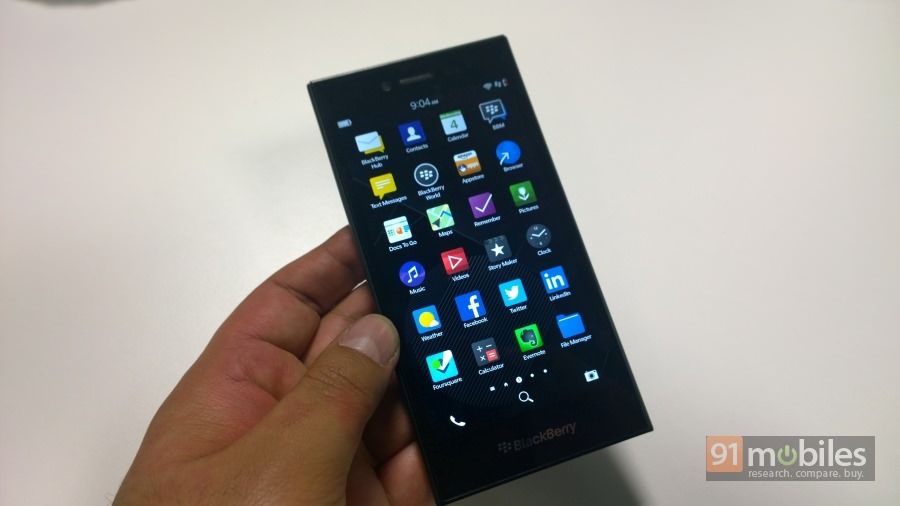 “The Leap may not be revolutionary, but brings in LTE and eyes the volume market”

Apart from a blink-and-miss curved slider that was shown by BlackBerry on the sidelines of MWC 2015, the brand’s main contribution to the world’s largest mobile tech show was the Leap. The BlackBerry Leap is a mid-ranger that, at first glance, looks similar to the Z3 (review), but adds LTE support to make the offering more compelling… especially considering that 4G is the next big thing. Devices like the Passport (review) and the Classic (review) eye specific sets of users, but the Z3 (and now the Leap) address a larger audience courtesy the affordable pricing. The Leap is targeted towards the young working professionals and road warriors who need capable daily drivers for staying in touch with both work-related and personal stuff on the go, without burning a big hole in the pocket. The new device may not break the mould, but BlackBerry would be hoping it attracts the intended target audience due to the affordable pricing, LTE and the promise of a long battery life. 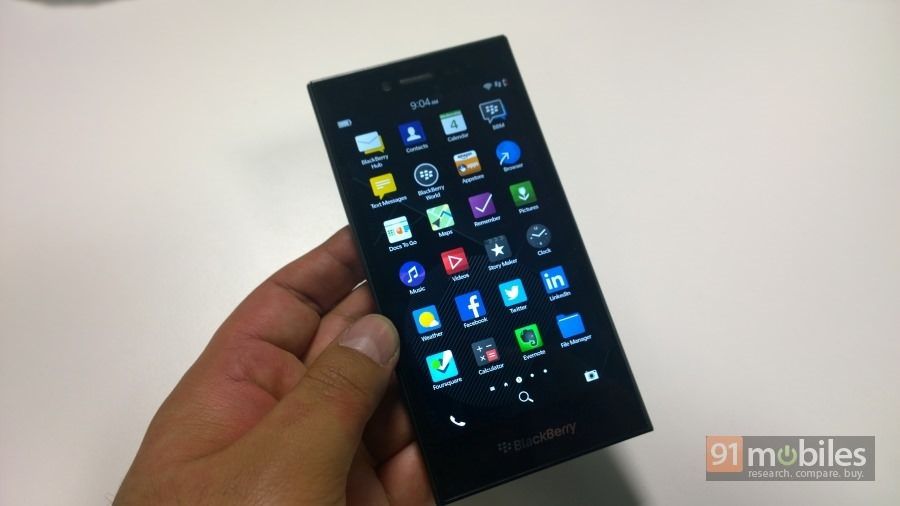 Let’s take a gander at the Leap’s design and get into some details on what it brings to the table.

Much like the Z10 and the Z3, the Leap is an all-touch device, and all you’ll see on the fascia apart from the 5-inch 720p screen is a BlackBerry logo below and the usual array of sensors, earpiece, notification LED and front shooter (2MP in this case) on top. 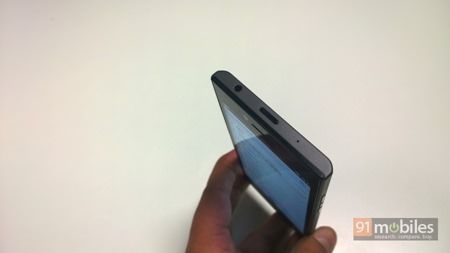 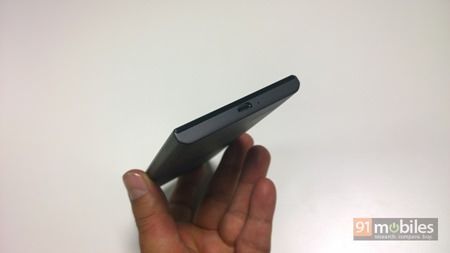 The sealed device doesn’t let you remove its 2,800mAh battery, and the headset socket along with the power key can be found on the top, with the micro-USB port placed at the bottom. 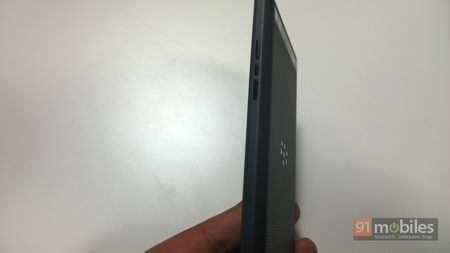 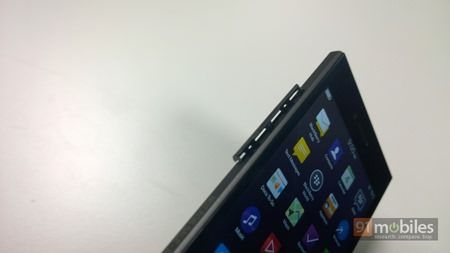 Separate volume keys are placed on the right, with a dedicated key to launch the voice assistant in the middle. On the left, you’ll find a plastic flap that hides a micro-SIM slot and a microSD card slot for adding more storage. 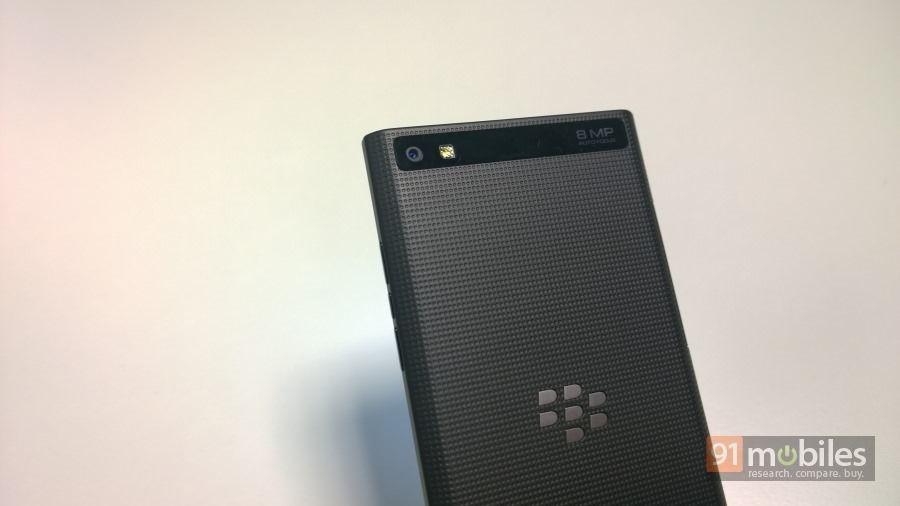 The rear sports a dimpled, textured finish that feels nice to the touch and aids in grip… also making sure the back remains smudge free. A glass strip on top holds the primary 8-megapixel camera and LED flash, while BlackBerry’s flying D’s logo is embossed in chrome in the middle. 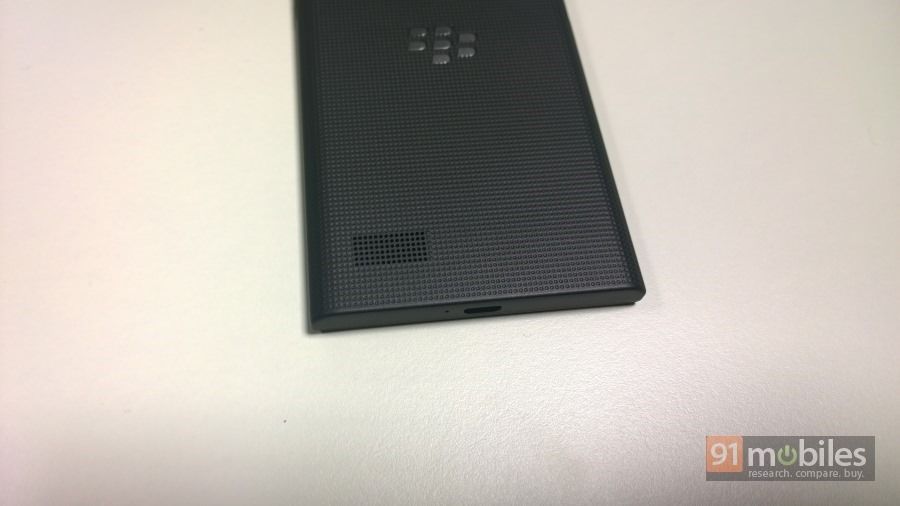 A speaker grille can be found closer to the bottom. Overall, the build quality feels extremely solid – we’d have expected nothing less from BlackBerry.

The innards include a dual-core Snapdragon S4 Plus CPU clocked at 1.5GHz, mated to 2GB of RAM and 16GB internal storage – nothing overly exciting here. However, if you take a closer look at the Z3’s specs, there are a bunch of improvements that the Leap offers. The Z3’s 5-inch display offered a resolution of 960 x 540 pixels, and was powered by a 1.2GHz dual-core Snapdragon processor mated to 1.5GB of RAM and offered 8GB internal storage. The cameras on offer included a 5MP sensor at the rear, and a 1.1MP shooter at front. All these specs have been bumped up in the Leap, so it should work out as a more attractive proposition. The connectivity options in the Leap also include video out via Wi-Fi display and Miracast. 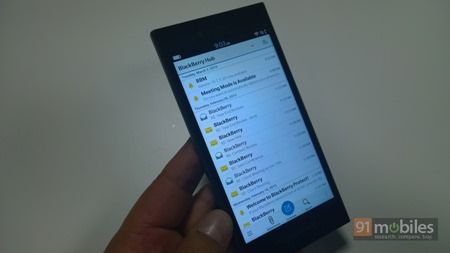 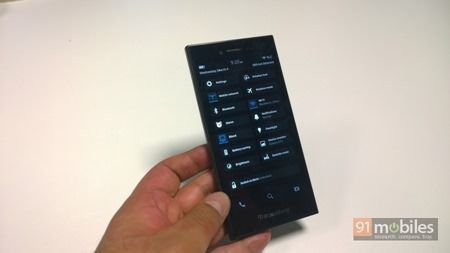 The software side of things in the Leap comprise the latest BB OS v 10.3.1, which brings in a slew of notable improvements and features. One of the highlights is the preloaded Amazon Appstore that lets you download and install Android apps directly. BlackBerry Hub is of course, one of the main pillars of the platform, and you’ll find the usual set of features and apps, including Active Frames, a customisable quick settings panel, BBM, BlackBerry Assistant, and BlackBerry Blend… all wrapped inside an intuitive, gesture-driven interface. 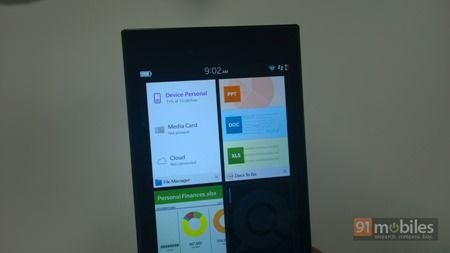 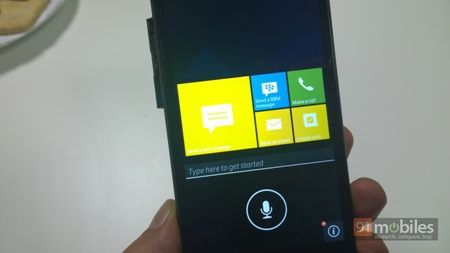 Overall operation was smooth, though only a full review will be able to gauge whether the Leap leaps or hops. We don’t have a launch date or a price for the Leap in India yet, but the US pricing is $275 off contract (~ Rs 17,000). Notably, the device only features support for the upcoming FD-LTE 1800MHz Band 3 as far as India is concerned, and not the current TD-LTE 2300MHz Band 40. We’ll wait and watch when the brand chooses to launch it in India, and hope that it’s priced aggressively so as to become an option worth recommending in the mid-range.