91mobiles.com
Home News BlackBerry Z3 unboxing and first impressions: does most things right, except for... 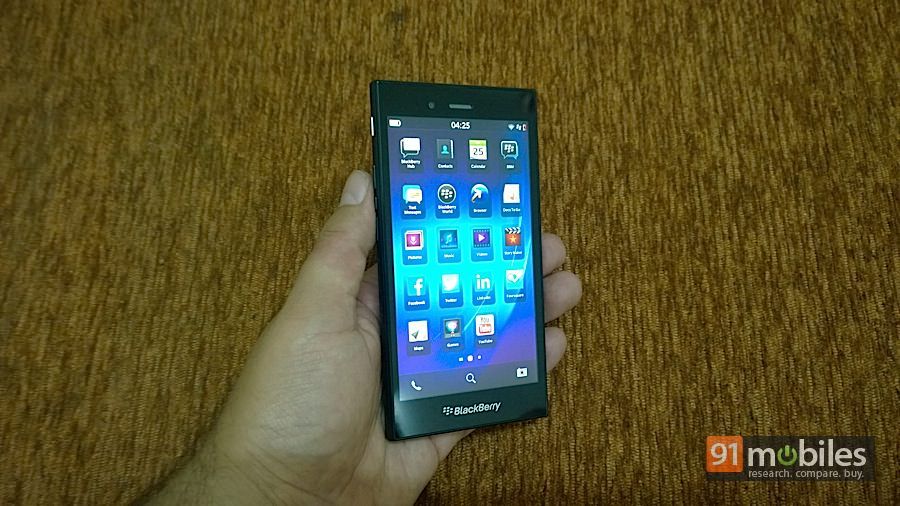 “The BlackBerry Z3 is here. We go hands-on”

BlackBerry has brought its affordable all-touch smartphone, the Z3 into India, and is hoping the device can bring it back into the reckoning. The smartphone was launched in Indonesia first, and India is only the second country where the BlackBerry Z3 has made an appearance – quite understandable since the two countries are possibly the most vital for BlackBerry, with a large number of loyalists still holding a soft corner for the once iconic brand. 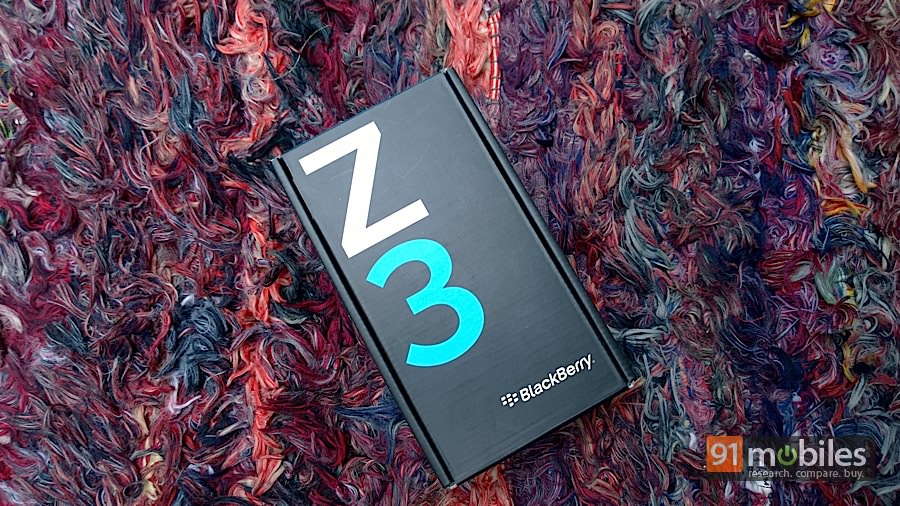 Notwithstanding the fact that the landscape has changed quite drastically since the last time BlackBerry had a new device to offer in the country, the Z3, which has been priced relatively affordably, could just be the vehicle the company needs to be relevant once again in the consumer space. The brand is certainly hoping so, but we think the sticker price of Rs 15,990 is on the higher side. We’ll let you decide if you want to root for its success, but meanwhile, let’s run you through a quick unboxing, and follow that up with our first impressions about the device.

Packed inside a compact cardboard box, the packaging isn’t too different from what its siblings, the Z10 and the QWERTY-toting Q10 come in, sporting ‘Z3’ in large lettering on top. Opening the box reveals the plastic-wrapped handset inside, resting atop a flap. 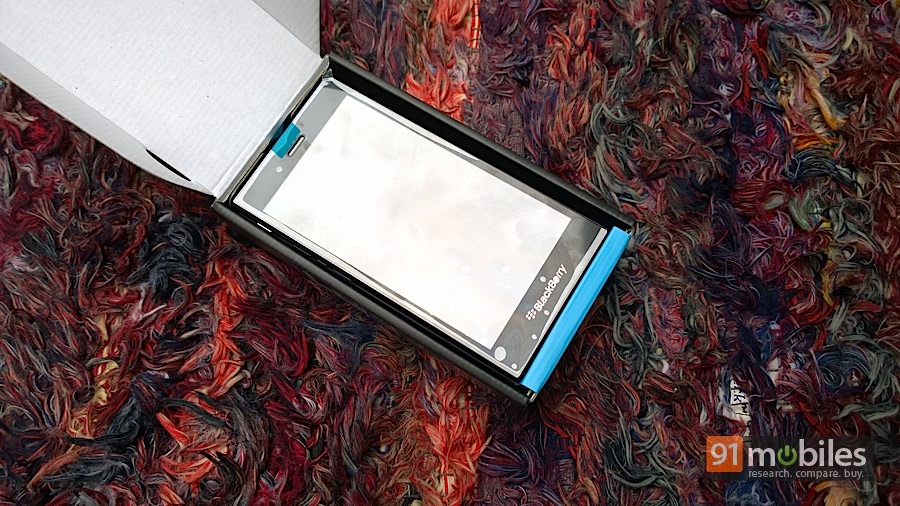 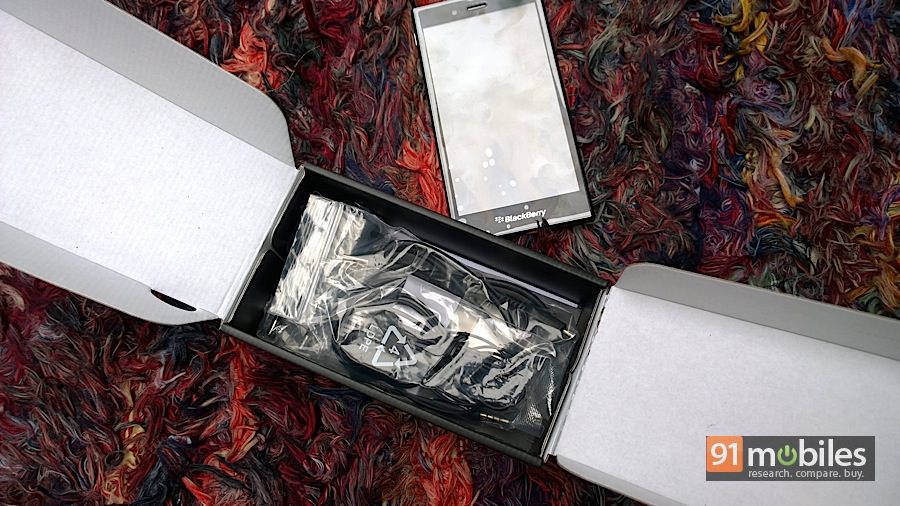 Folding the aforementioned flap open reveals the rest of the contents, which include all the usual stuff. 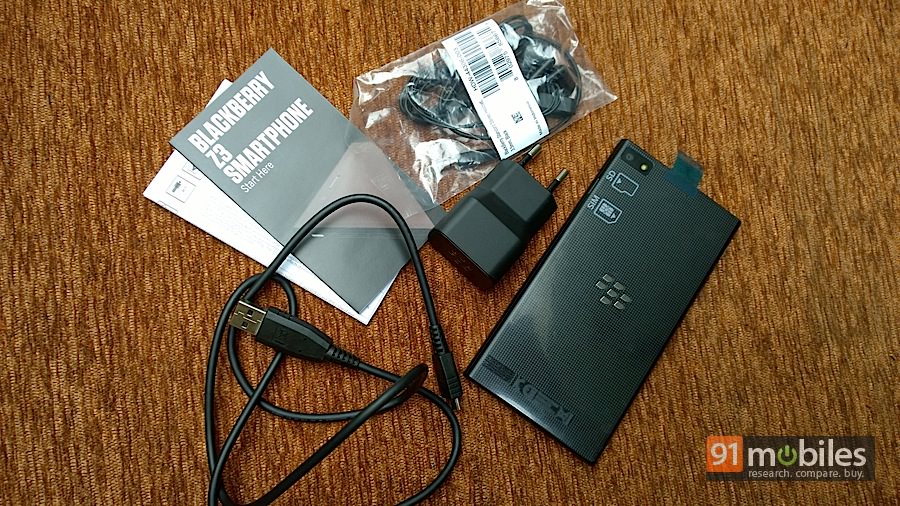 A two-pin 850mA wall charger, a USB to micro-USB cable, a wired stereo headset, along with a quick start guide and a pamphlet containing safety information is what you’ll find included. 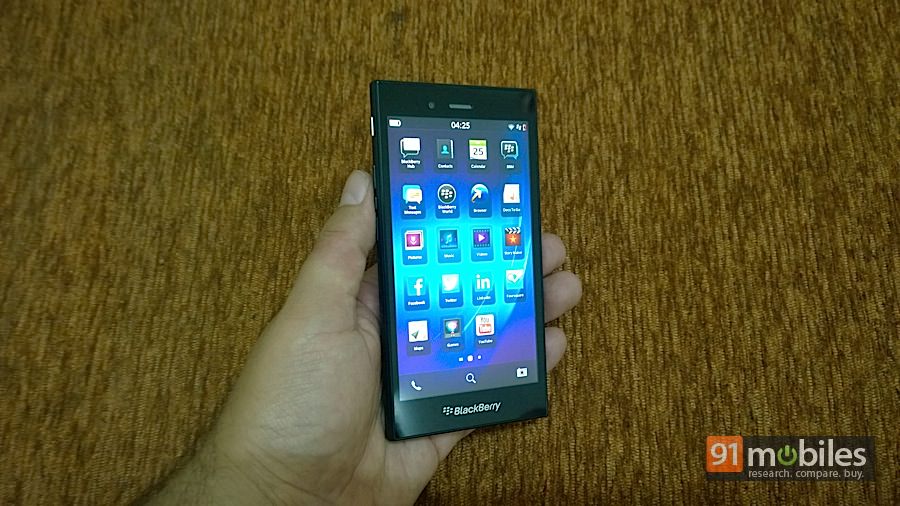 Coming to the device itself, it comes clad in a plastic body with a sealed unibody design that feels quite sturdy. The overall looks remind us of Sony’s OmniBalance design as seen on the Xperia smartphones – blocky and not really drool-inducing. Thankfully, the sides are slightly curved towards the rear, making it comfortable to hold. 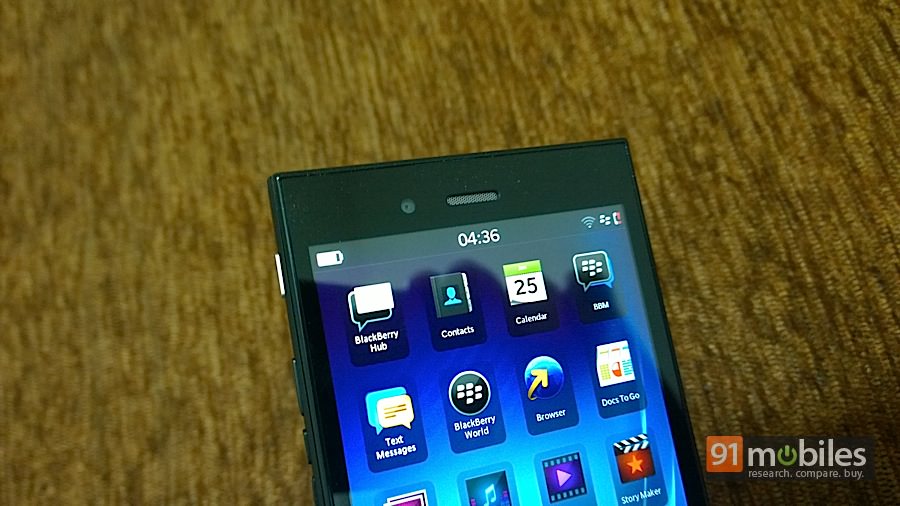 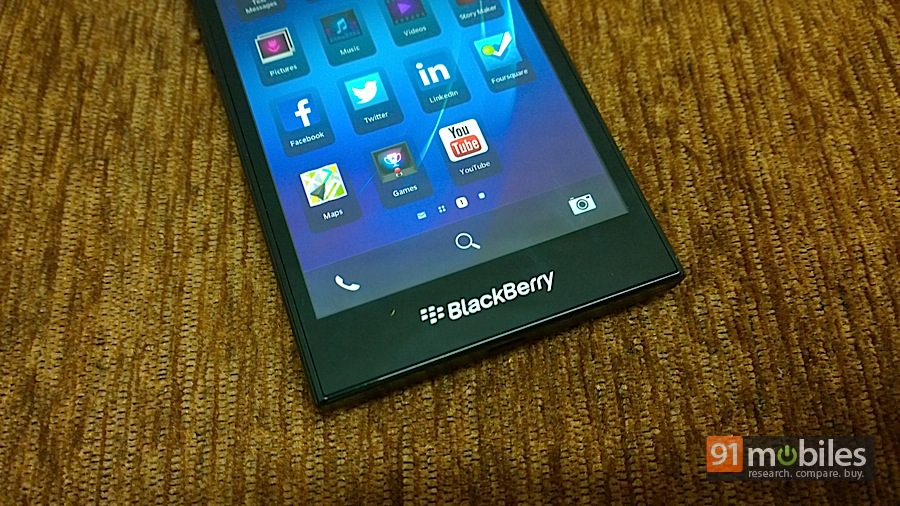 The fascia sports the 5-inch qHD display, with BlackBerry branding at the bottom, and the usual mix of earpiece, sensors, front camera and notification LED at the top. The bezel around the screen is wide, especially above and below the screen, making the device reasonably large for a 5-inch handset. 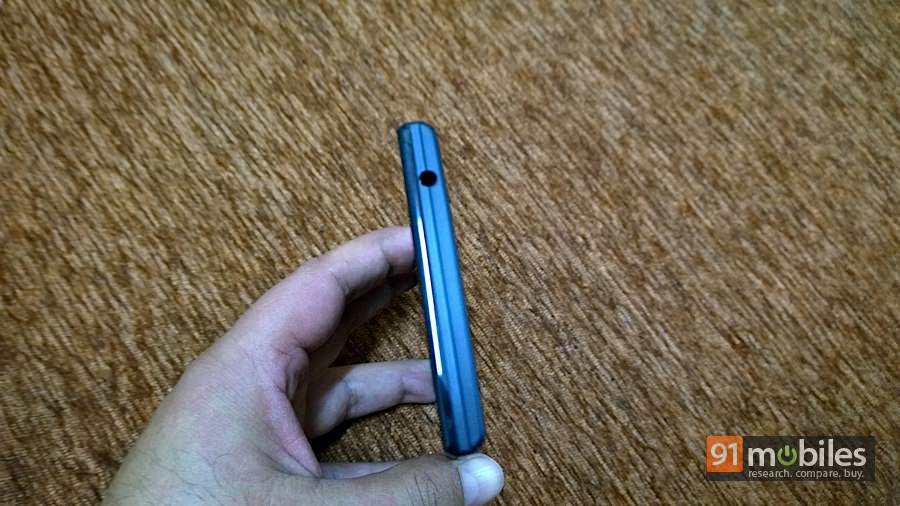 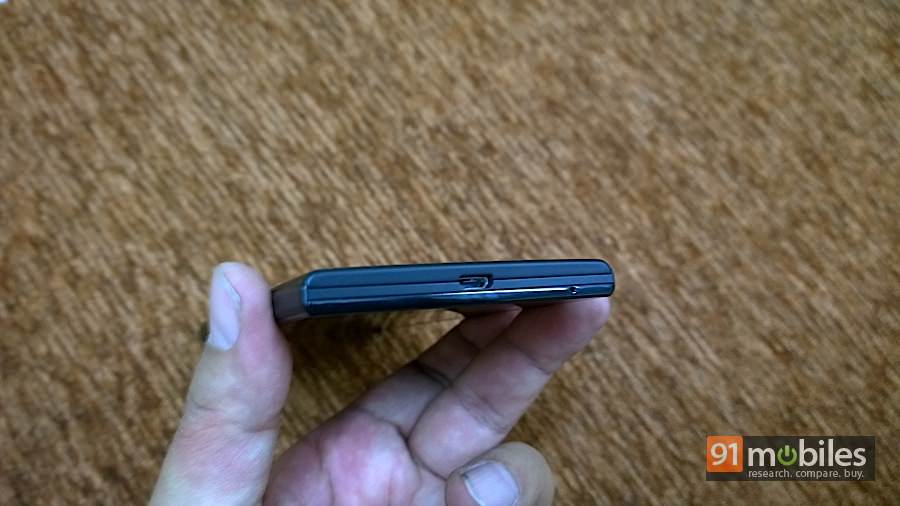 The micro-USB port is at the bottom, while the headset socket is placed on the top of the smartphone. 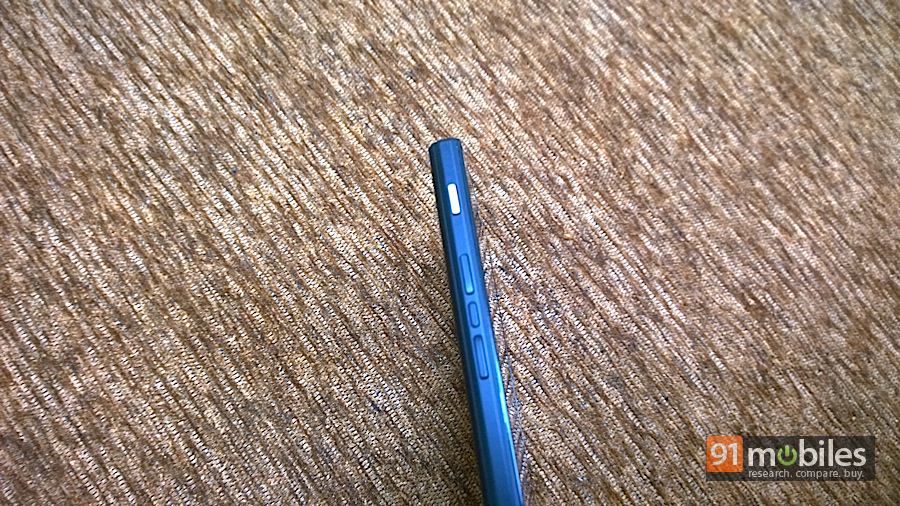 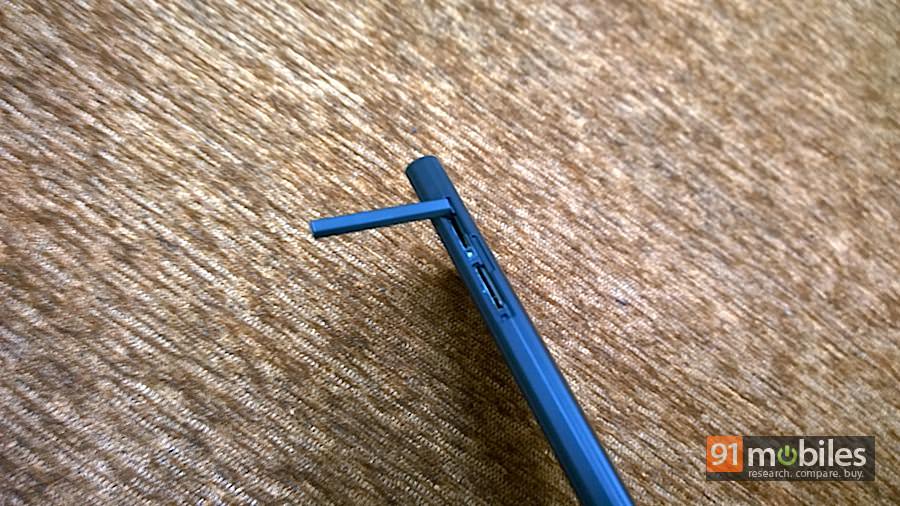 The left is where you’ll find the power key, along with two separate volume keys with a voice command button placed in the middle. On the right, there are a pair of slots that accept a micro-SIM and a microSD card for memory expansion, both covered by a single plastic tab, again very similar to Sony Xperia smartphones. 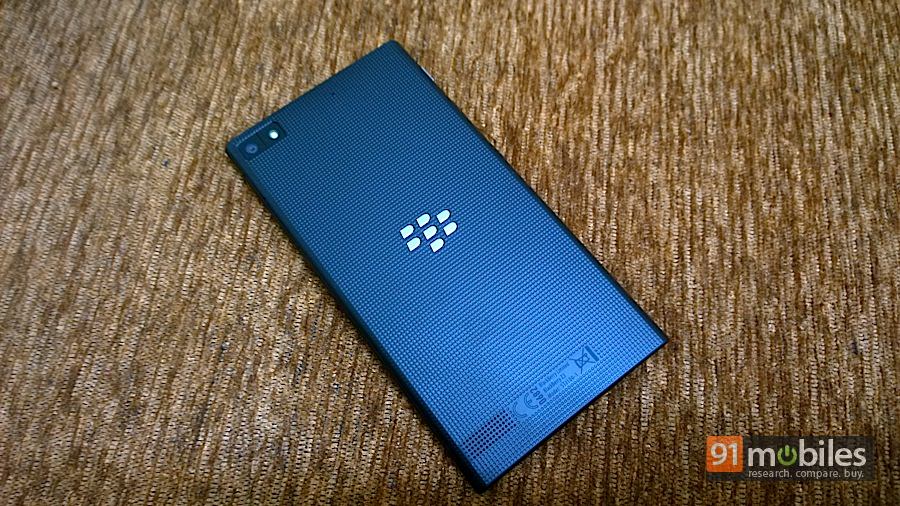 The rear sports a dotted texture, making it quite impervious to smudges and also aiding in grip. Right at the centre is the usual 7-dot BlackBerry logo in chrome, possibly the only thing that adds a bit of flair to the otherwise staid looks, especially on our black review unit. 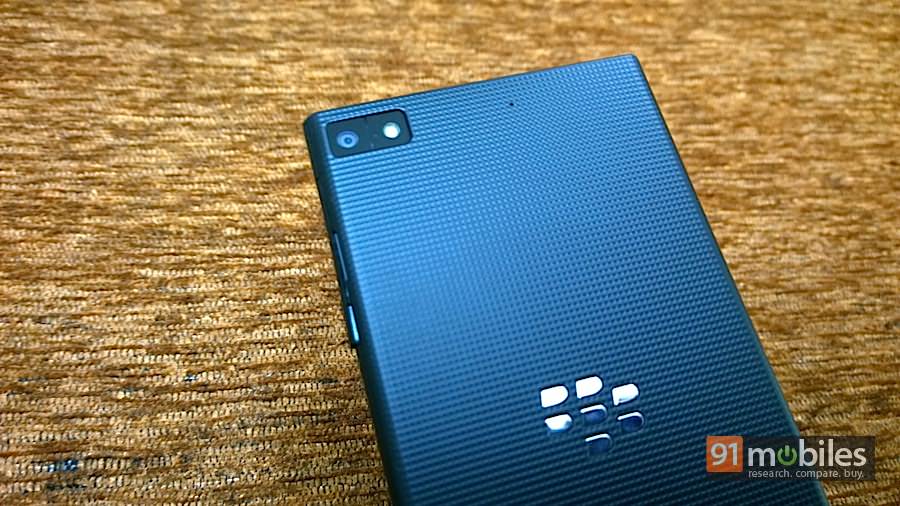 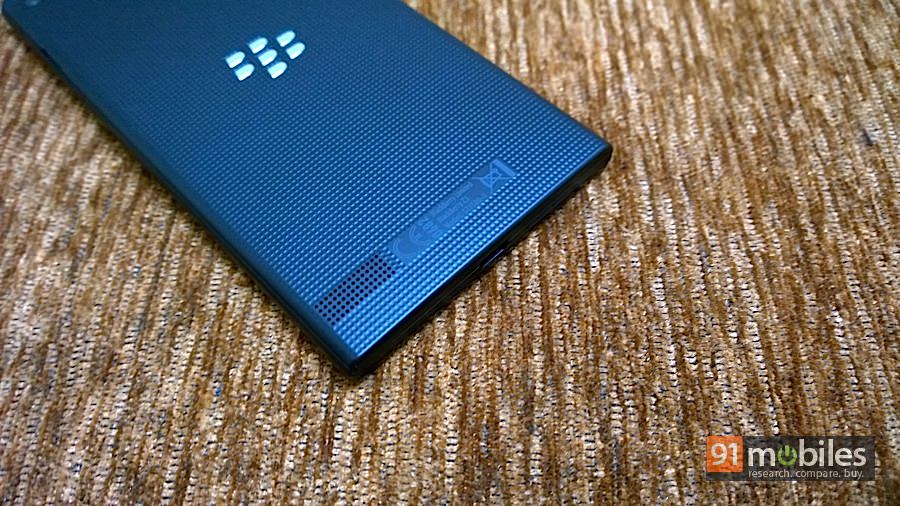 The 5MP rear snapper is placed on top left, next to the LED flash. A speaker grille is placed closer to the bottom.

The smartphone boots up in jiffy, and as usual, we’re greeted by the standard BB 10 boot animation. Starting it up for the first time will take you through a quick setup process, even including a couple of brief tutorials guiding you how to minimise a running app and how to access app settings… useful if you’re new to the platform. 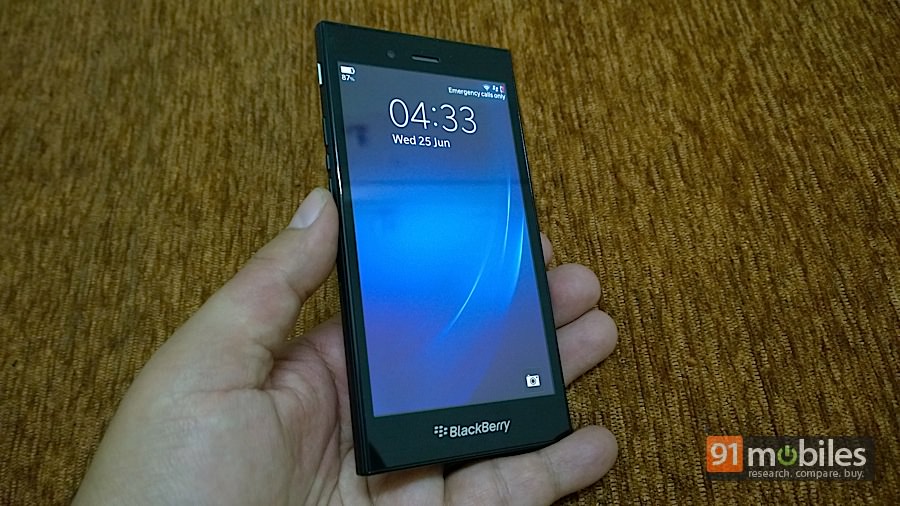 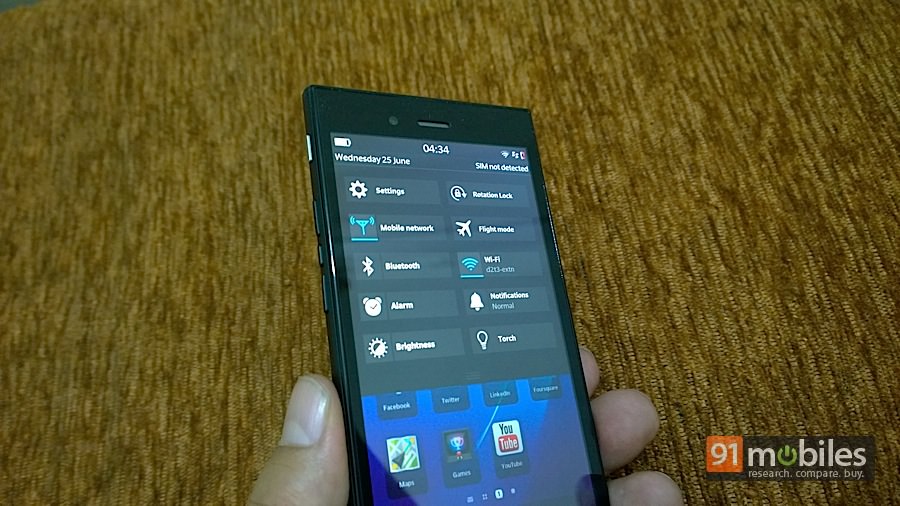 The BlackBerry Z3 runs BB OS 10.2.1, and the interface is the same swipe-driven affair we’ve seen earlier on its siblings. A fixed dock that provides access to the phone, camera and universal search sits at the bottom. The app icons appear as a horizontally-scrolling list, and you can place them into custom folders. A drop-down settings pane gives you access to connectivity toggles and other options, and this can be customised as per your liking. The BlackBerry Hub sits on the leftmost side, accessible by swiping or using the ‘peek’ gesture by swiping upwards and then right from any screen. You can unlock the handset by swiping upwards from the bottom straight from standby, without the need to press the power key. If you do press the latter, you’ll see the lockscreen that displays time and date, along with battery and network status indicators. The camera can be launched straight from here too. 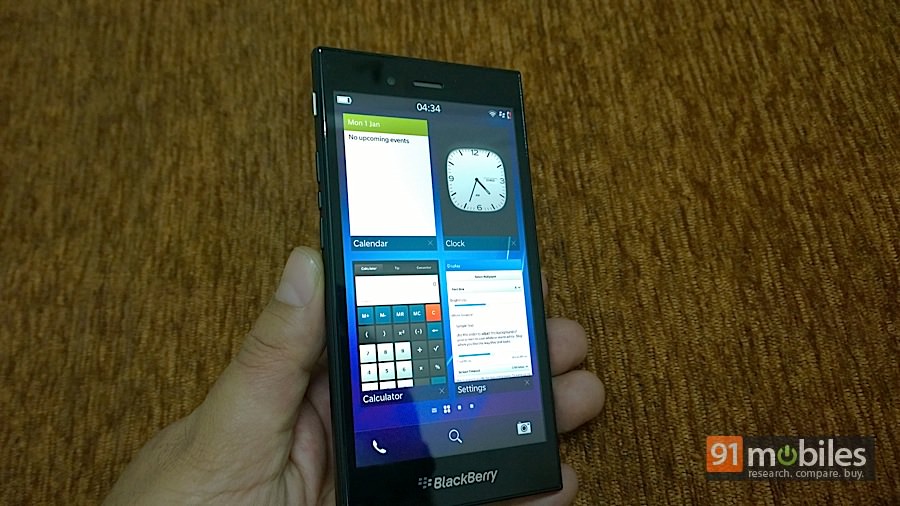 Running apps can be minimised into small windows dubbed Active Frames, each capable of displaying additional info, similar to live tiles on Windows Phone, but in effect forming the main multitasking feature of the BB 10 platform. You can jump to a running app by tapping on its Active Frame, or choose to kill it by tapping on a ‘X’ at its bottom. Surprisingly, the Z3 allows you to have only four Active Frames open at a time, down from eight on its siblings like the Z10 and Z30. This could be due to the lower RAM available on the Z3, but it does limit usage a tad.

The qHD display looks fairly sharp, while usage seems quite fluid. Just like Windows Phone (and unlike Android), BB 10 isn’t a resource-intensive platform, so the dual-core 1.2GHz Qualcomm processor and 1.5GB of RAM keep things chugging along quite smoothly. A little less than 4GB is available to use out of the box, so you’ll definitely need to make use of that microSD slot. The handy USB OTG feature isn’t supported, alas. We’ll be taking the Z3 through our usual review process shortly, including details on its overall capabilities, camera performance, battery life, and overall value for money. Stay tuned.