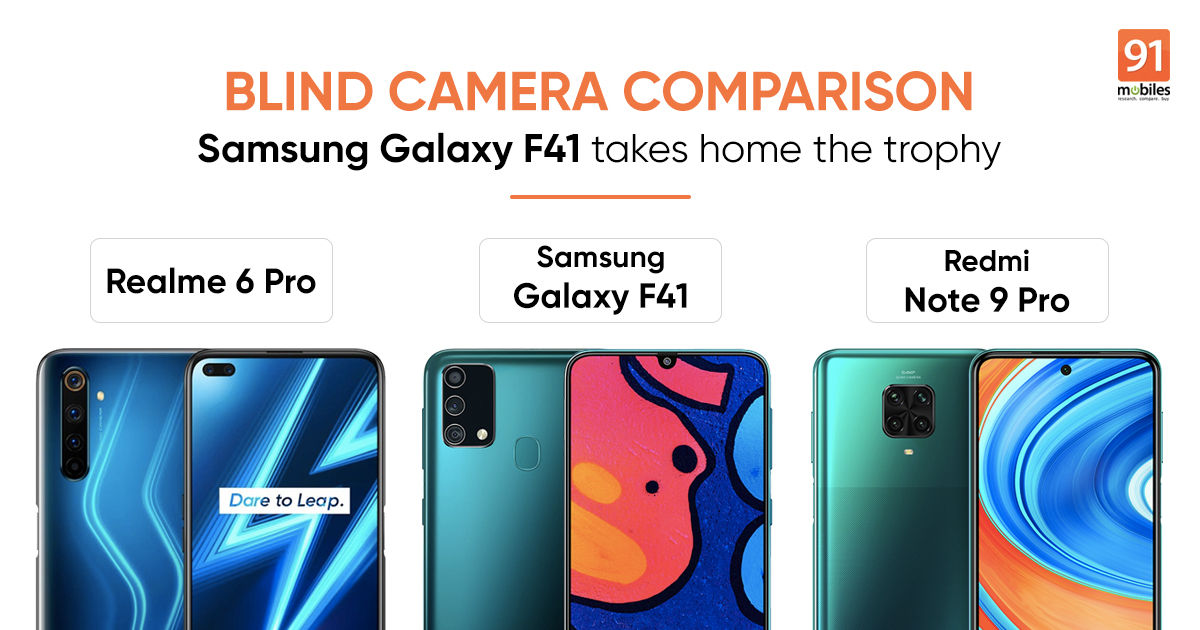 Samsung Galaxy F41 is the latest mid-range smartphone that stands out among a crowd of similar-looking smartphones. The Galaxy F41 oozes style and performance with 64MP triple cameras, sAMOLED display, and 6,000mAh battery, all being offered at an extremely competitive price point. The triple camera setup at the rear, with a 64MP main camera, 8MP ultra-wide-angle sensor, and 5MP Live Focus sensor, look great on paper to offer the best photography and videography capabilities in multiple scenarios. To test how good the 64MP triple cameras on the Samsung Galaxy F41 really are, we pitted them against the cameras on the Realme 6 Pro and Redmi Note 9 Pro, two other popular smartphones in the same price segment.

Thousands of people voted in this ultimate blind camera comparison between 3 of the best mid-range smartphones in the market. The results are now out, and we have a clear winner. Let’s have a look at the category-wise results. 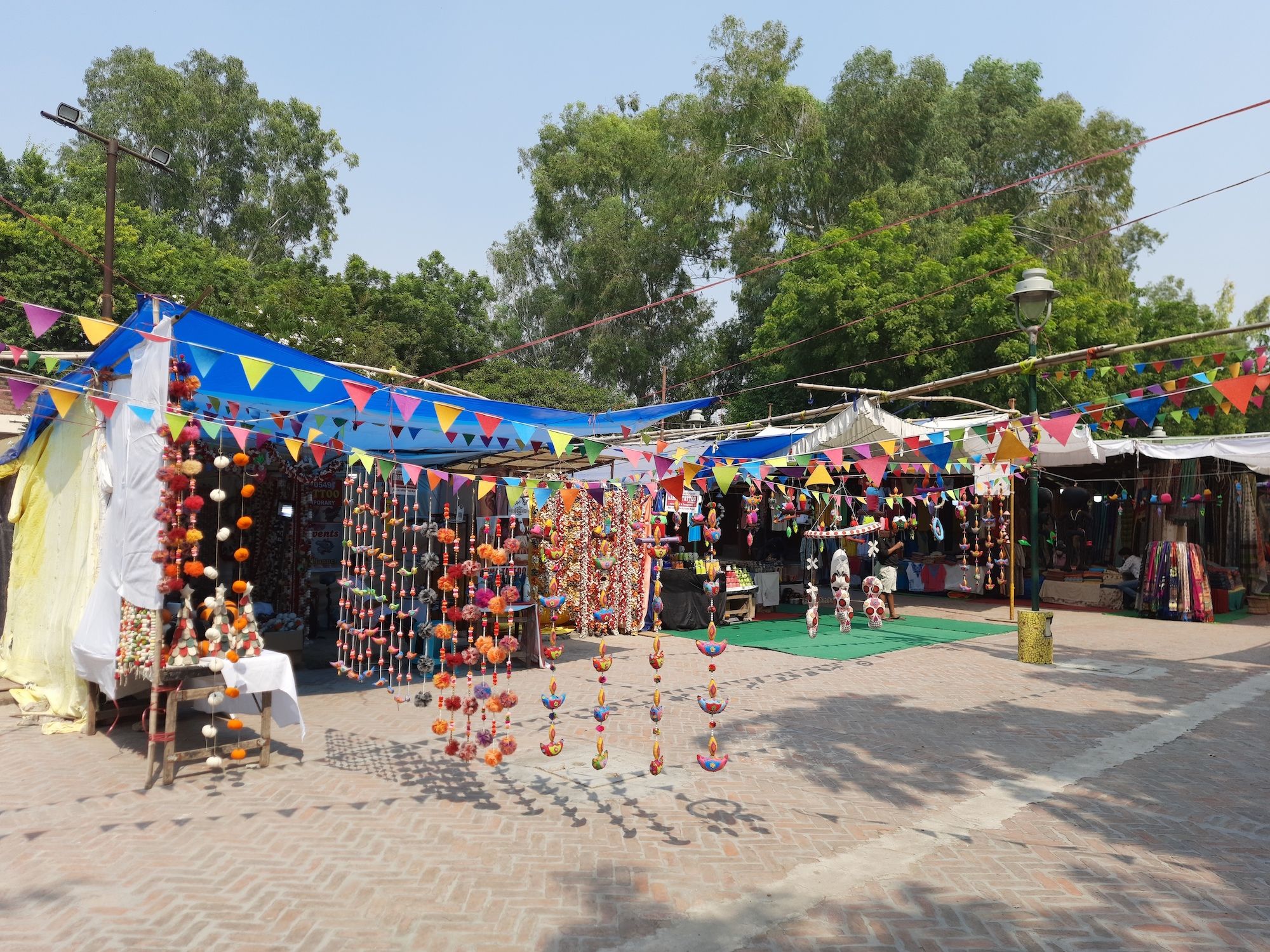 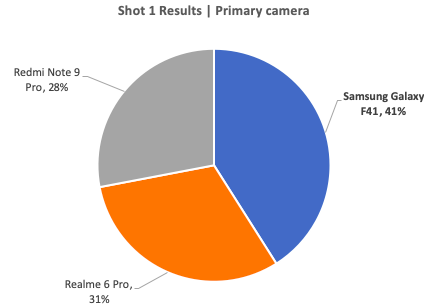 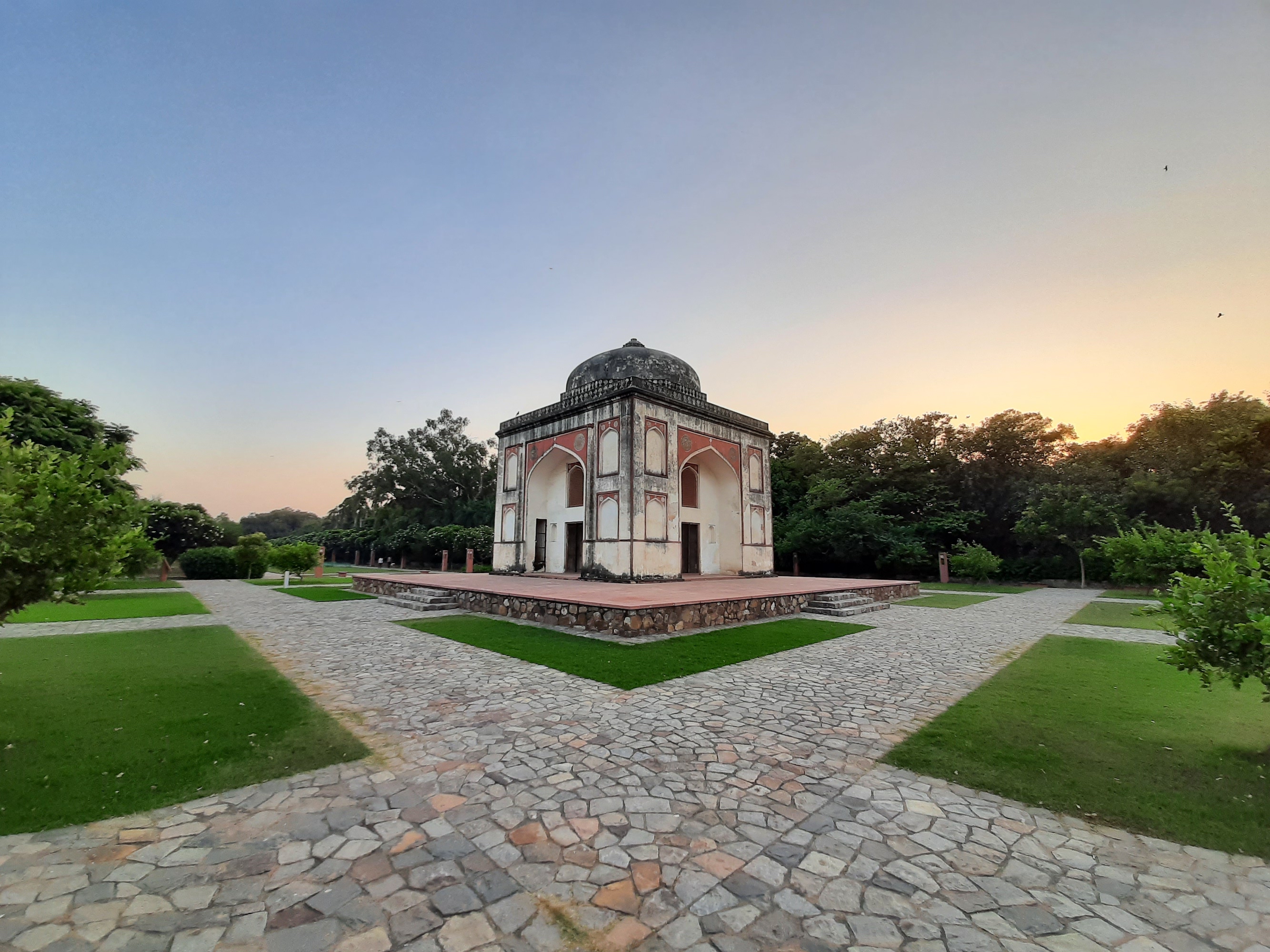 An ultra-wide angle camera is especially useful when capturing landscape shots, in an attempt to include as much of the view as possible. The Samsung Galaxy F41 managed to deliver extremely well with its wide 123-degree field-of-view that helped it get 42 percent of the total votes, making it the clear winner in this category. 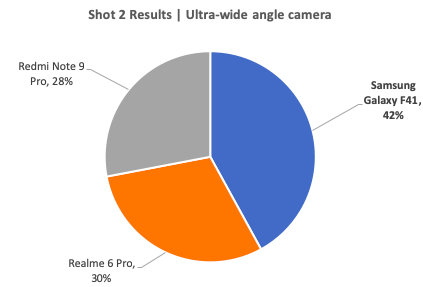 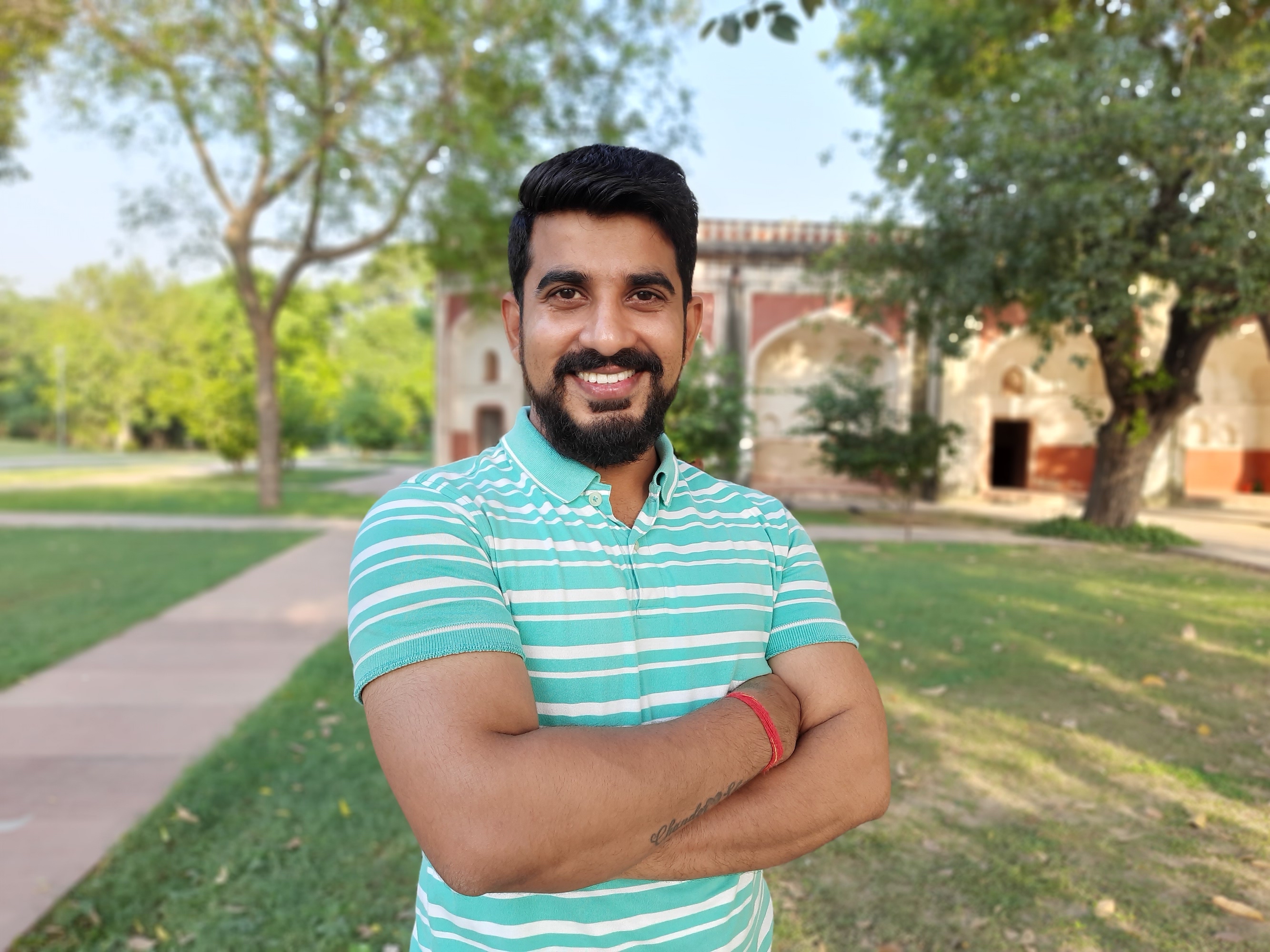 As we talked about in our blind camera comparison, the level of depth effect and colour accuracy are usually the biggest factors that determine the quality of a bokeh or portrait shot on a smartphone. Both the Samsung Galaxy F41 and the Realme 6 Pro managed an equal 37 percent of the votes considering it clicked an impressive bokeh shot. 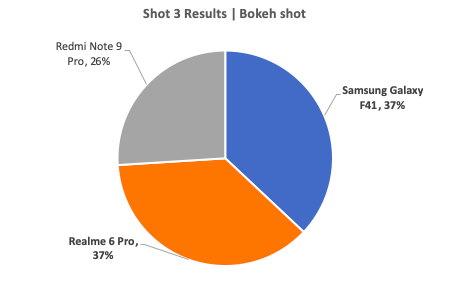 Samsung has made sure its 32MP selfie camera is as superior as the 64MP triple camera setup at the back. By clicking a brilliant selfie, with good skin tones and depth effect, the Galaxy F41 managed to secure the top position in this category as well, with 40.7 percent of the total votes across all three smartphones. 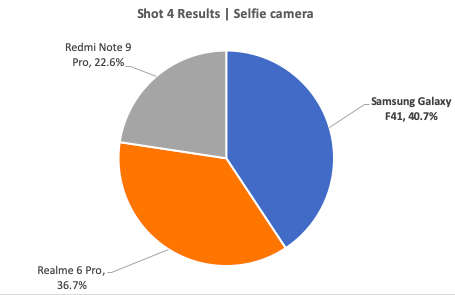 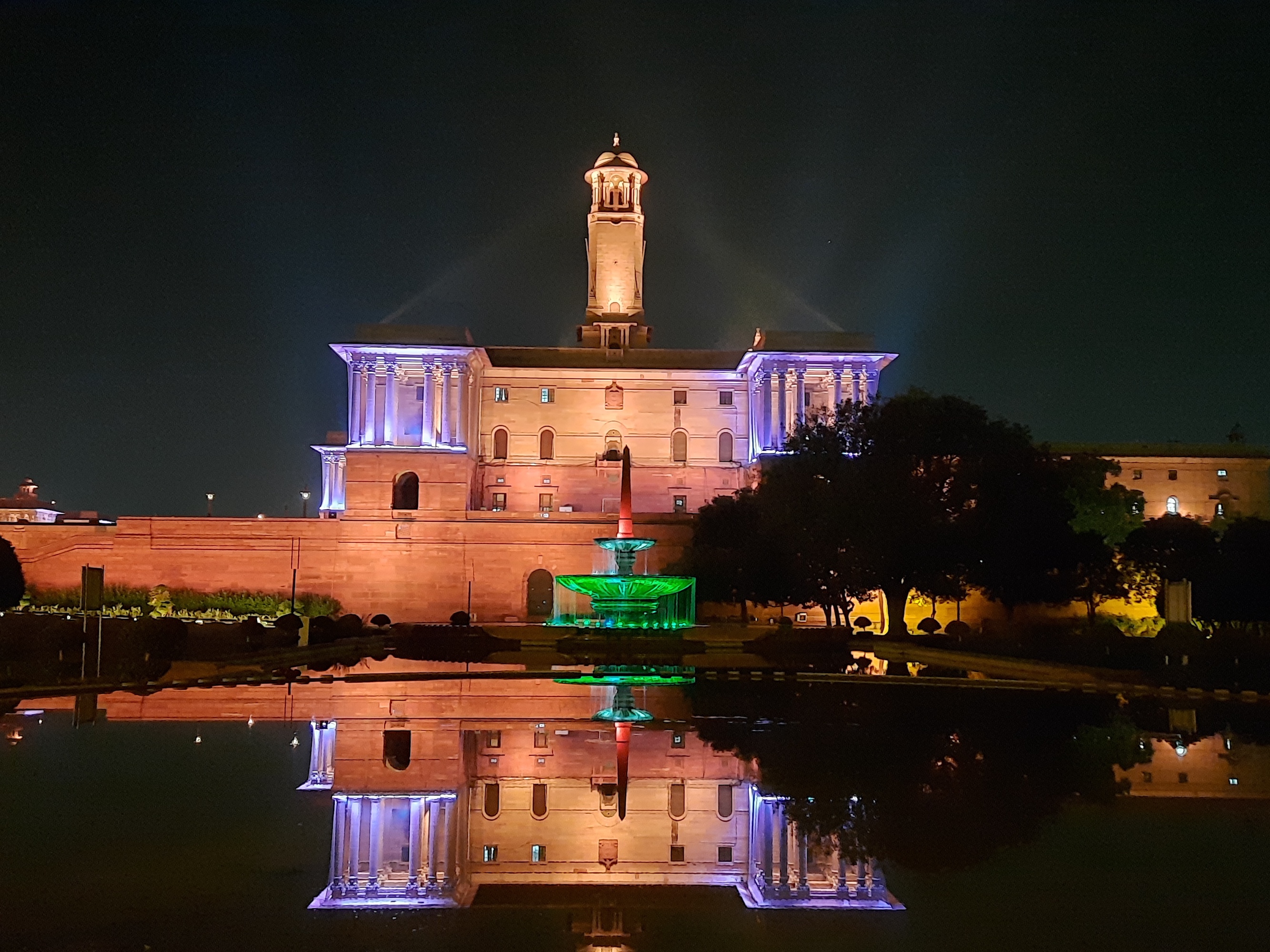 Capturing good quality night mode shots requires a high level of research and development into putting a camera sensor and relevant software onto a smartphone, which is able to capture details in extremely low light conditions. The Samsung Galaxy F41 passed with flying colours, securing 40 percent of the votes, making it the ultimate mid-range smartphone for clicking photos in almost every condition. 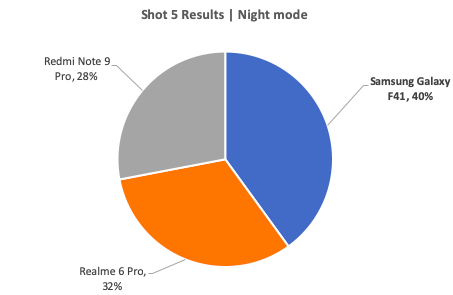 Taking the top prize in 4 out of the 5 categories in our blind camera comparison, the Samsung Galaxy F41 is the mid-range smartphone that offers superb value, especially in the camera department. The Galaxy F41 beats the Realme 6 Pro and Redmi Note 9 Pro, two popular mid-range smartphones, in areas of primary camera, ultra-wide angle, selfie camera, and night photography.

The Samsung Galaxy F41 went official in India last week at a price of Rs 16999 for the base 6GB + 64GB model, while the 6GB RAM + 128GB storage variant comes in at Rs 17999. It will go on sale for the first time, starting October 16, as part of Flipkart Big Billion Days festive sale. Launch offers that include a Rs 1500 introductory price reduction, and further 10 percent discount with SBI cards on Flipkart, make the Samsung Galaxy F41 the hottest smartphone deal of the season. We don’t see any reasons not to get your hands on the new Galaxy F41 in this year’s festive sale season!