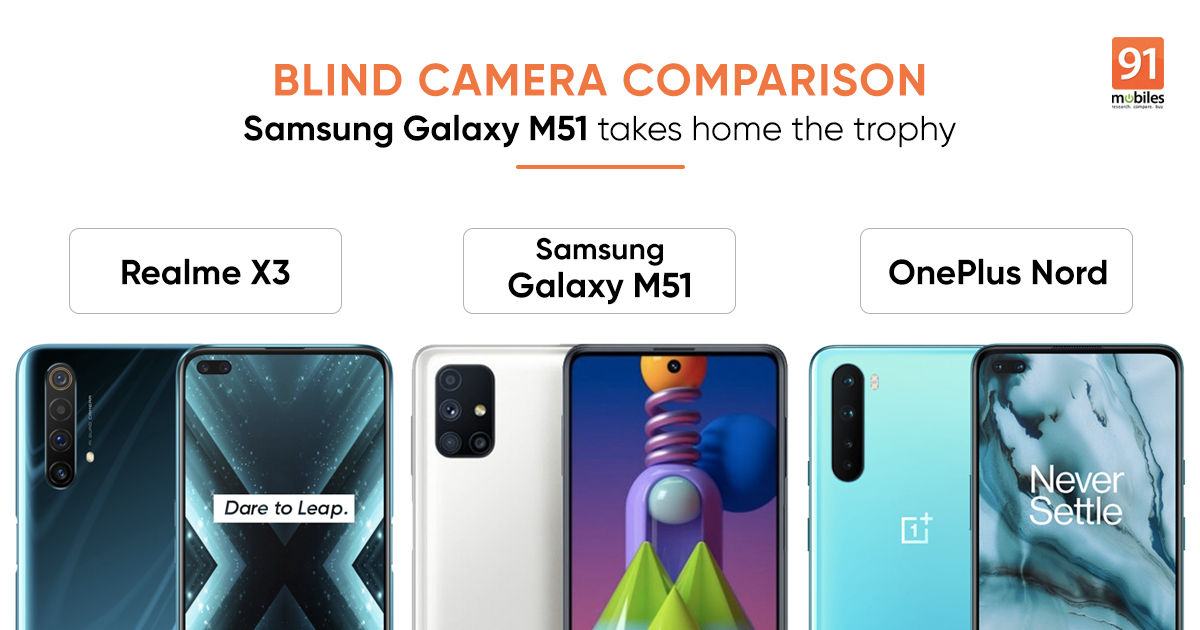 Samsung Galaxy M51 has become the most desirable mid-range smartphone in town courtesy class-leading features like a stunning sAMOLED Plus display and a massive 7,000mAh battery. Another great feature that has impressed critics and users alike is the camera performance. Apart from the 64MP main sensor, the rear camera setup features a 12-megapixel ultra-wide-angle shooter, a 5-megapixel macro lens, and a 5-megapixel depth sensor. All of these sensors combine to offer the best photography and videography experience, no matter the scenario. To test just that, we recently held the ultimate blind camera comparison, pitting the Samsung Galaxy M51 against two other popular options in the segment, the Realme X3 and OnePlus Nord.

After a smashing response to the camera comparison, the results are finally in and it seems we have a clear winner this time around. Scroll down to check out the results across 5 categories to see who won. 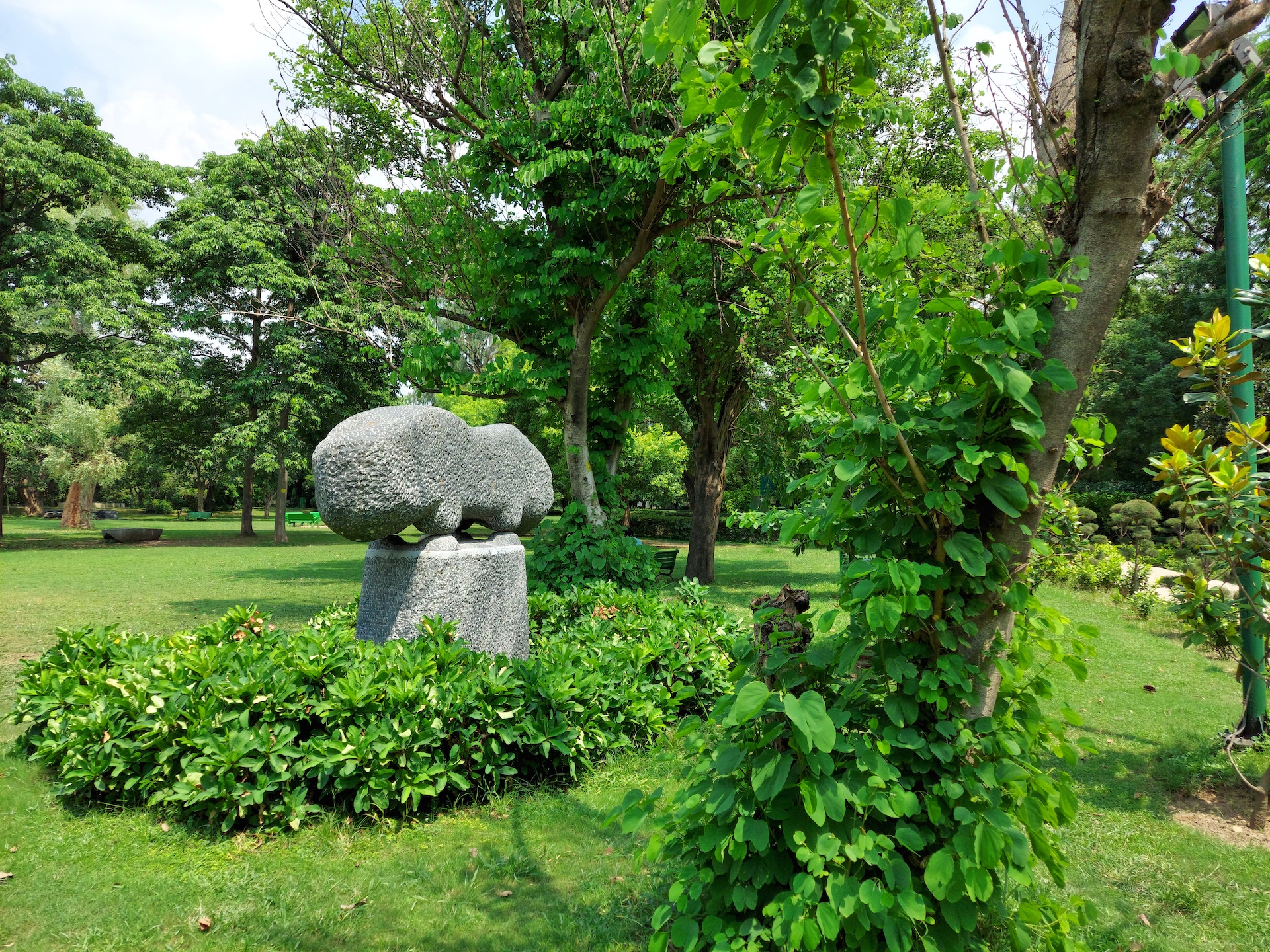 The 64MP Intelli-Cam is the highlight of the Samsung Galaxy M51 smartphone, which is why it was pitted against the 64MP camera sensor on the Realme X3 and the 48MP sensor on the OnePlus Nord. Thanks to segment-leading technology, the Galaxy M51 excelled with an overwhelming 51.5 percent votes to win in this category. Capturing accurate colours and HDR details are some of the areas that the Galaxy M51 is best at in this comparison. 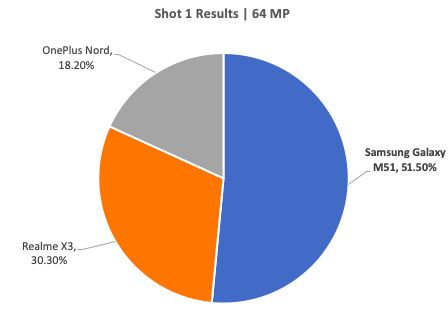 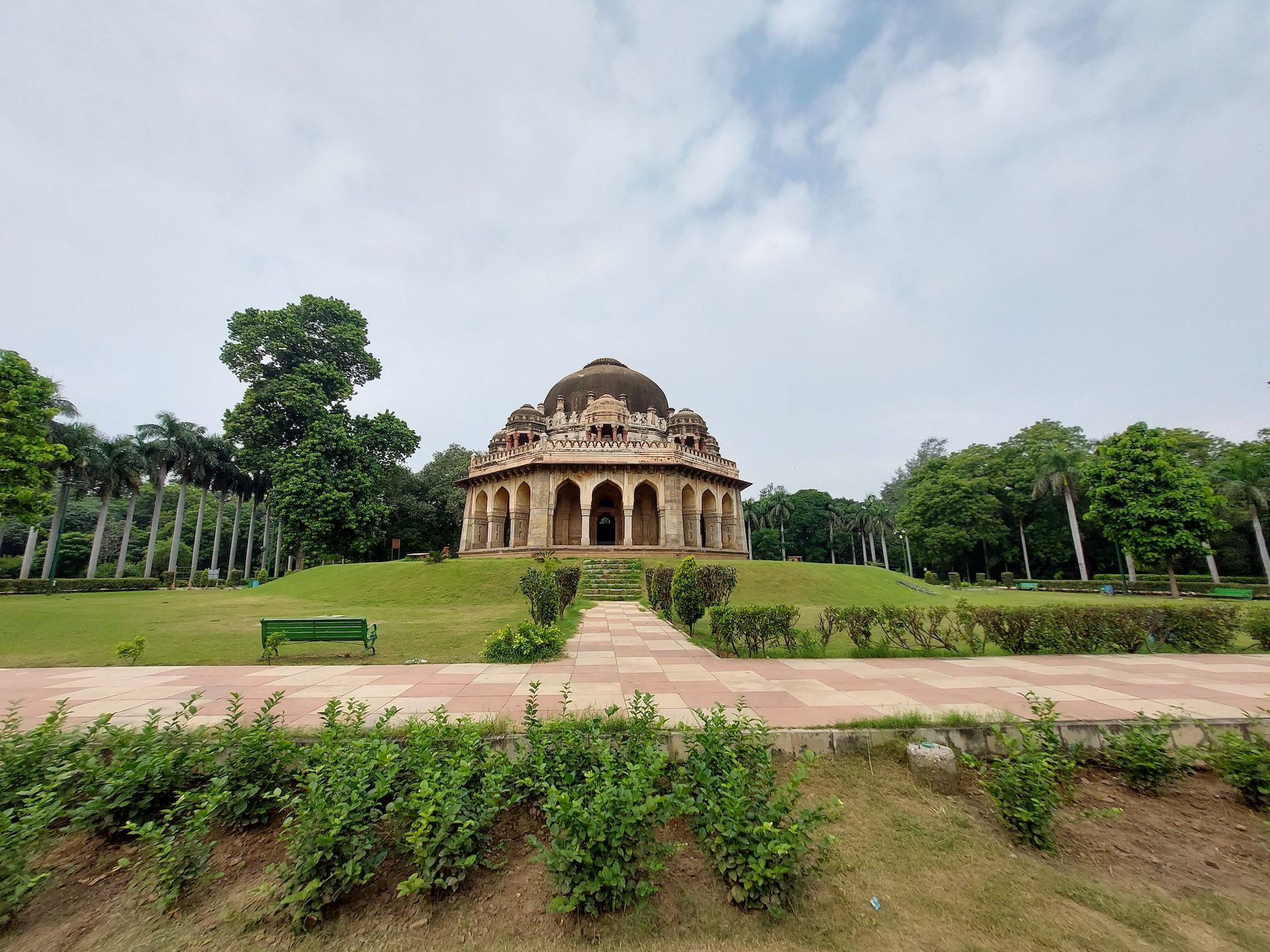 Once again, the Samsung Galaxy M51 is the winner as it garners 58 percent of the total votes. The smartphone shows its prowess with a dominating ultra-wide-angle camera sensor that captured the monument as well as the surrounding flora and fauna with accuracy and no visible image distortion. It took on the Realme X3 and OnePlus Nord with ease, thanks to its wider 123-degree field-of-view. 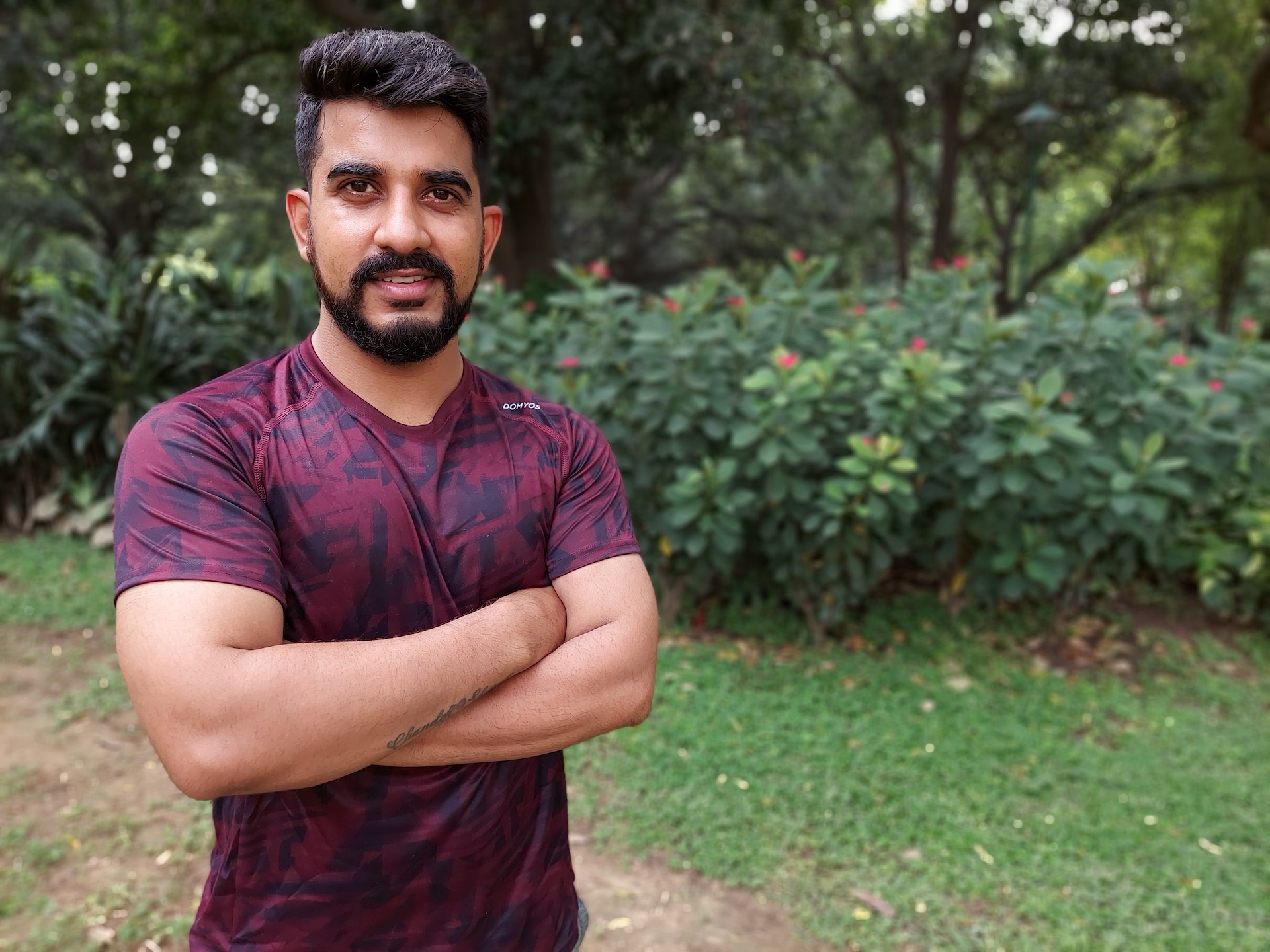 Portrait shots are essential for checking the performance of the depth sensors as part of the entire smartphone camera experience. Samsung Galaxy M51 thwarted the efforts of Realme X3 and OnePlus Nord by delivering a photo that blurs the background without changing the skin tone of the subject as well as the overall colour temperature of the shot. Thanks to this, the Samsung model has a 46.3 percent of the votes in this category. In fact, Realme X3 does not even have a dedicated depth sensor and only offers a portrait mode in the camera app to click similar photographs. 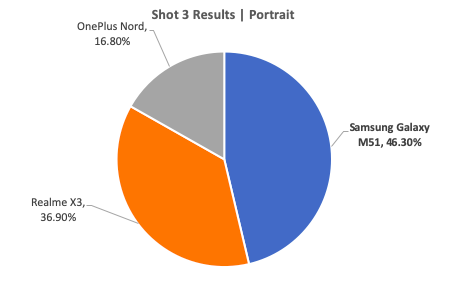 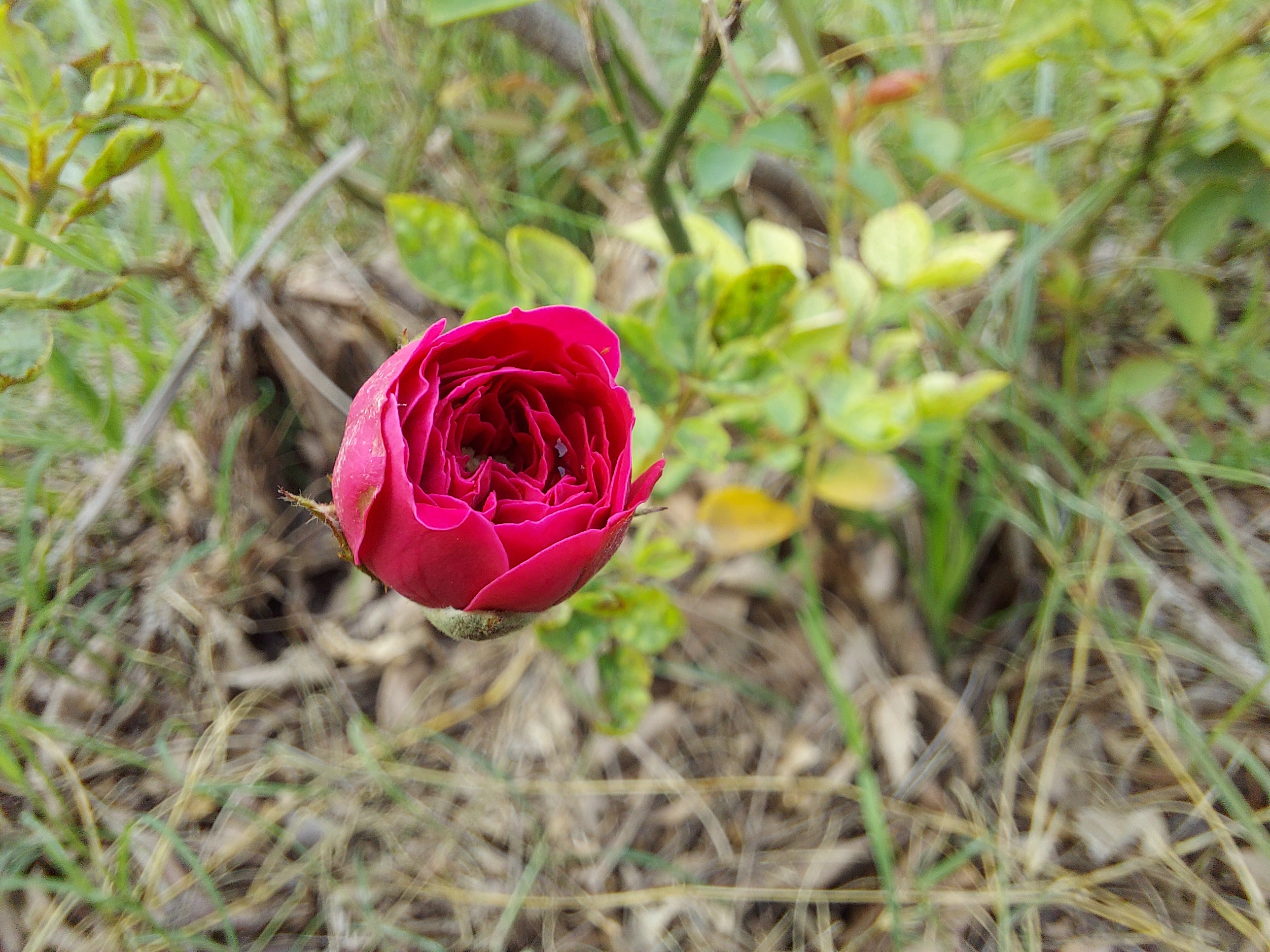 Another crucial feature in mid-range smartphone cameras is the macro lens, which is used to get near the subject to click beautiful-looking, detailed shots from close distances. The Samsung Galaxy M51 managed to win this round as well with an astounding 86.9 percent of the votes. The accuracy of depth effect and colour ratios in the shot clicked on the Galaxy M51 made sure the voters loved it compared to the ones clicked on Realme X3 and OnePlus Nord. 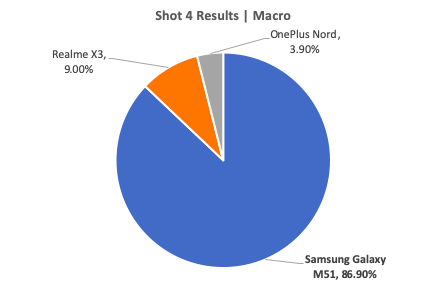 To really test the quality of 4K video recording on the three smartphones, we placed the complex footage involving a duck-filled lake with a fountain inside and trees around it. The Samsung Galaxy M51’s video capabilities managed to impress voters the most as it secured 75.9 percent of the votes. The stability was impressive and the Galaxy M51 captured video and audio perfectly. 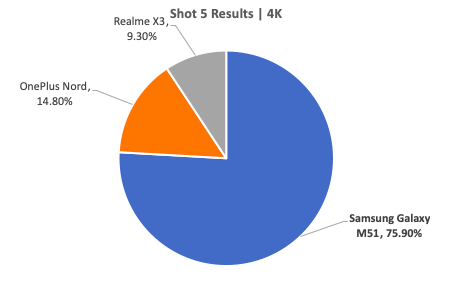 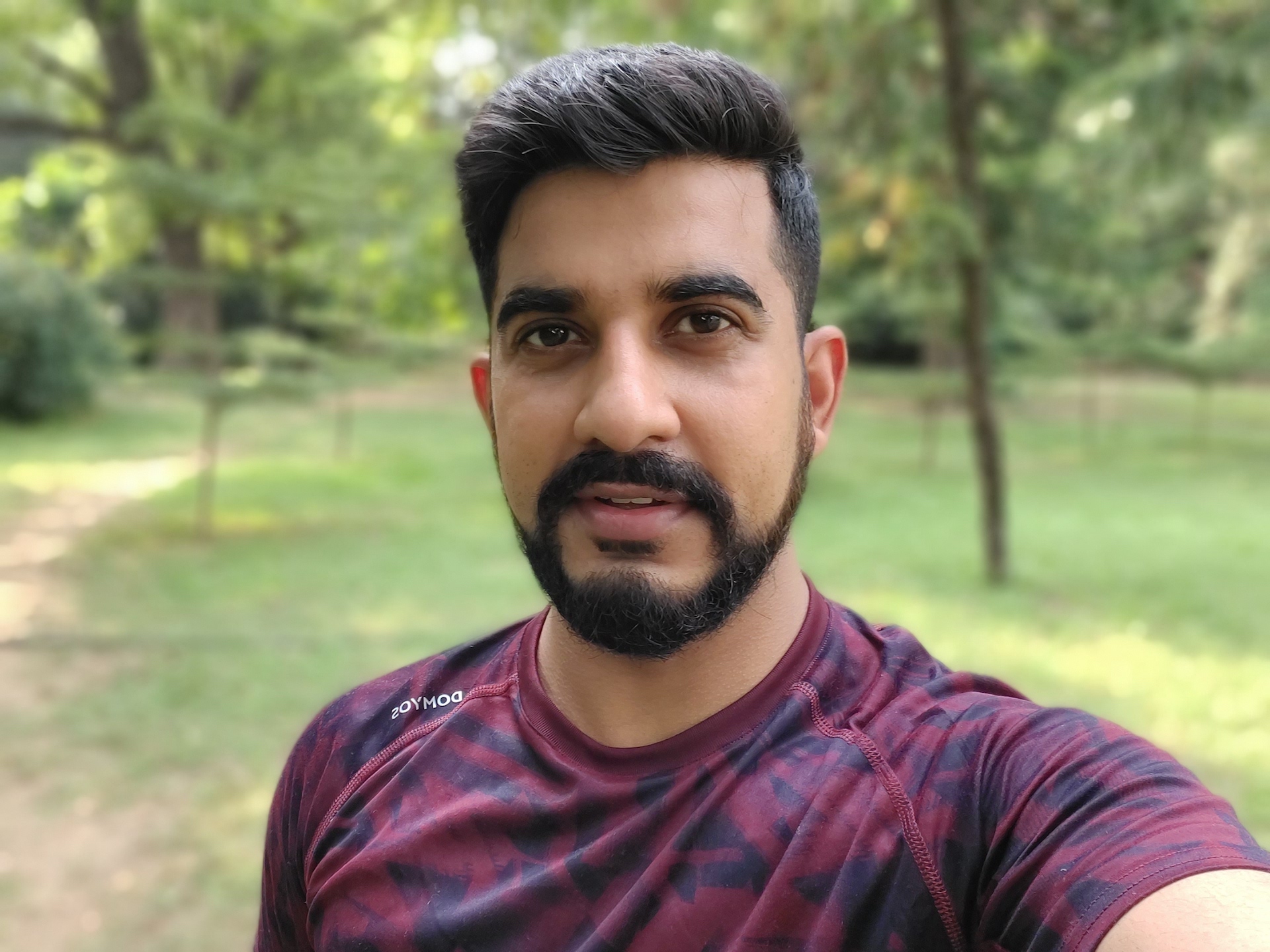 The front camera on a smartphone is as important as its rear camera when it comes to judging overall performance. The Samsung Galaxy M51 was the clear winner yet again, winning 54.5 percent of the total votes in the selfie camera category. Its dual 16MP + 8MP camera combination did the trick as it clicked the most natural-looking photograph with the right amount of depth of field on offer. 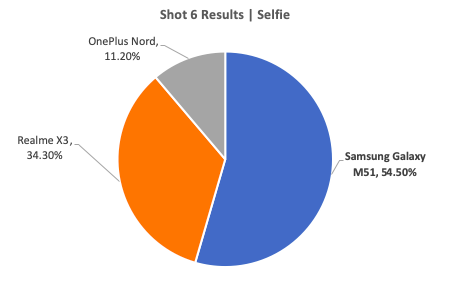 Winning in all 6 categories, the Samsung Galaxy M51 has proved that it truly is the best mid-range smartphone money can buy — at least when it comes to camera performance. It successfully took on popular smartphones including the Realme X3 and OnePlus Nord and passed with flying colours. This blind camera test is proof why Samsung smartphones are still the customers’ first choice when it comes to camera performance.

The Samsung Galaxy M51 has been launched at Rs 24,999 for the 6GB RAM model and Rs 26,999 for the variant with 8GB RAM. The smartphone goes on sale on Amazon.in and Samsung.com as well as select retail stores starting 12pm on September 18th. There is an exciting launch offer too – buyers will get up to Rs 2,000 instant cashback on purchasing the phone through Amazon from September 18-20 using a HDFC Bank credit or debit card. So, get your wallet ready to bring home the most desirable mid-range smartphone of this year!