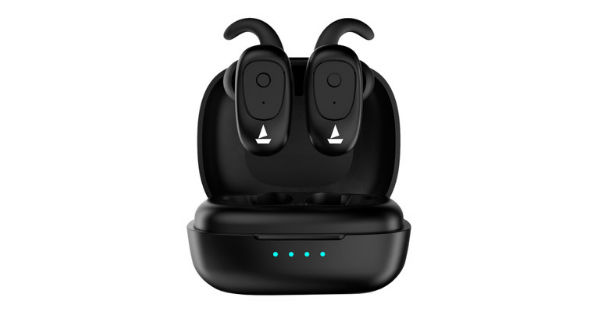 BoAt Airdopes 201 portable True Wireless earbuds has been launched in India. These are claimed to offer premium HD sound with clear stereo as well as feature a sleek and lightweight design. The earbuds connect to a smartphone via Bluetooth 5.0 and the 470mAh charging case is claimed to offer 9 hours of play-time while each earbud lasts for 3 hours on a single charge. The capacitive touch controls let you answer calls and change tracks. The BoAt Airdopes 201 are rated IPX4 for sweat- and water-resistance.

The BoAt Airdopes 201 portable truly wireless earbuds support both mono and stereo calling. They measure 2.4 x 2.2 x 1.8 cm and weigh 9.07 grams. The earbuds are compatible with iOS, Android, laptops, music player and other Bluetooth compatible devices. The BoAt Airdopes 201 earbuds are priced at Rs 2,499, but the same is up for grabs at Rs 2,299 on Amazon.in. The company is also offering a one year warranty on the earbuds.

Raymond Li, Product Head – boAt, said, “boAt Airdopes 201 portable True Wireless Earbuds offers Technology, Style and Convenience – all in one design. The Airdopes 201 keep you moving with your favourite tunes slipping into the serenity of Nirvana. The product is for those who want superior sound and connectivity from truly wireless earbuds for everyday use – with rock-solid connectivity and high battery life.”