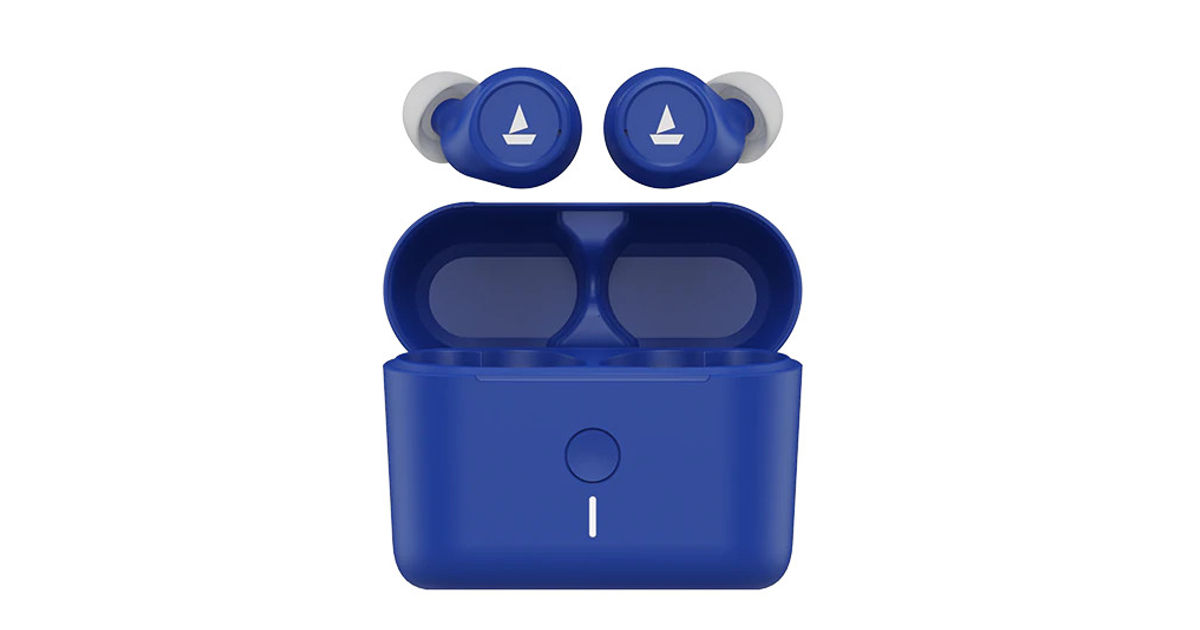 boAt Airdopes 500 TWS earbuds launched in India earlier this week as the latest budget audio offering. The TWS earbuds finally go on sale in the country via Amazon. These come with hybrid active noise cancellation support for up to 35dB and are claimed to last up to 28 hours on a single charge with the carry case. The earbuds have support for the ambient mode to let surrounding sounds inside, BEAST (Bionic Engine And Sonic Technology) technology low-latency audio experience, and Insta Wake ‘N’ Pair technology. The earbuds come with a sweat-resistant design, so you take them out for runs or while doing gym.

The boAt Airdopes 500 TWS earbuds feature a dual-tone design and come in Elite Blue, Rich Black and Tranquil White colours. The earbuds support an in-ear detection feature that plays and pauses the playback when the earbuds are placed in or taken off.

The boAt Airdopes 500 ANC price in India is Rs 3,999 and are available on Amazon. The company has also announced the ‘boAt Days’ Sale that is already live on online platforms like Amazon, Flipkart, Myntra, and boAt websites and would last until April 17th 2022. 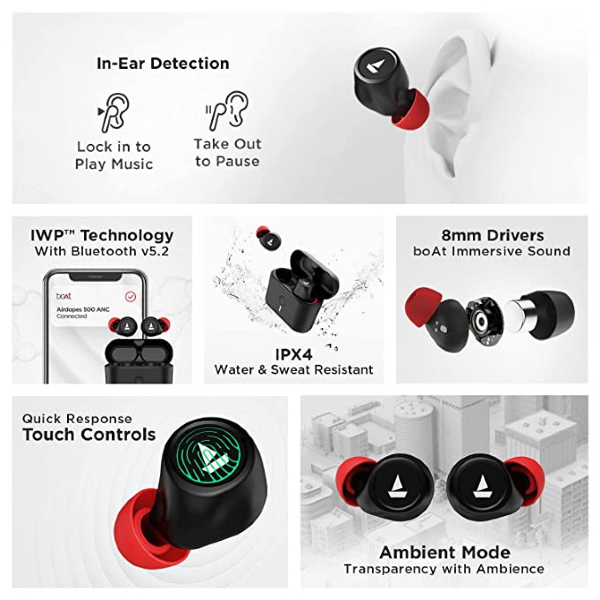 The boAt Airdopes 500 features a 35dB Active Noise Cancellation that isolates the background noise and ambient mode brings in outside noise so you can be aware of the environment. The earbuds feature an 8mm driver, ENx Environmental Noise Cancellation tech is claimed to offer a seamless delivery of voice during calls and lets you hear voices clearly.

The IWP tech is said to make it easier to power on the earbuds as soon as you open the case lid. There are touch controls to change tracks, wake up a smart voice assistant and more. The earbuds pack a 150mAh battery that offers a total playback of up to 28 hours with the case. There’s support for ASAP charge that offers up to 60 minutes of playback in just 5 minutes of charge.