91mobiles.com
Home News Average broadband speed in India sees a decline in March due to...
Highlights 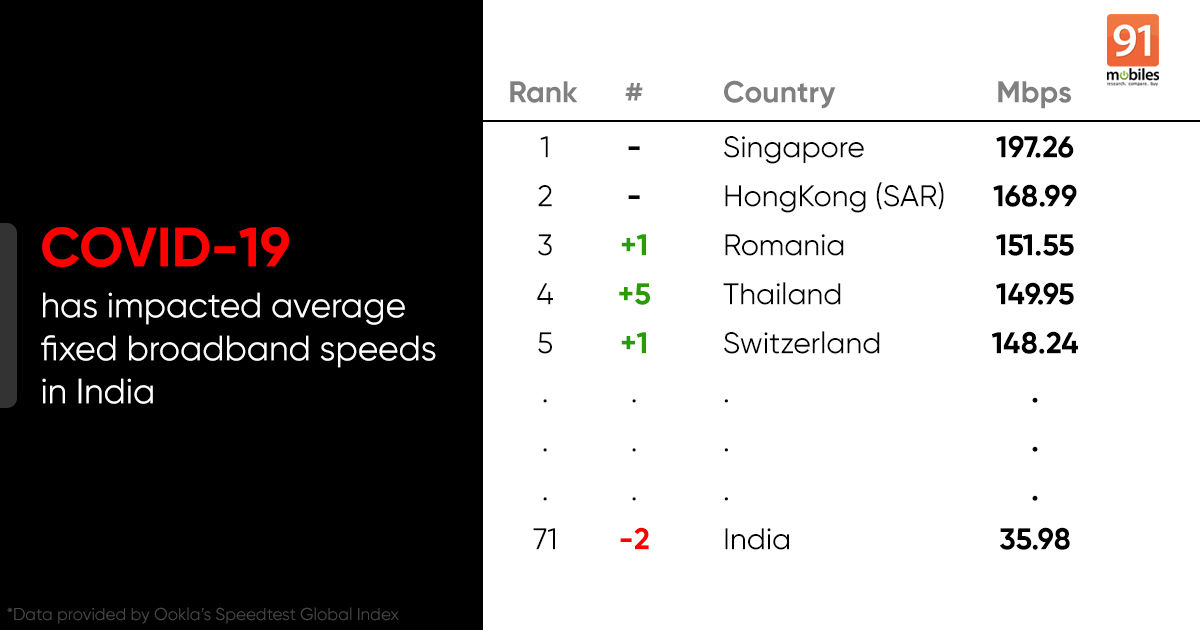 The average fixed broadband speed in India has been declining since the beginning of 2020 from 41.48Mbps in January to 35.98 Mbps in March, a drop by 5.5 Mbps. Ookla’s Speedtest Global Index compared internet speed data at the country level from across the globe every month. Ookla says that data for the Speedtest Global Index comes from over ten million customers who wish to understand the performance and quality of the internet connection. The March 2020 Index also considers latency and jitter.

Doug Suttles, CEO of Ookla, said, “When networks are under usage strain like they are in this unprecedented time of lockdown in India due to COVID-19, it is natural that they experience some level of a slowdown. It is important to note that while the internet itself should handle elevated usage, there may be impacts to speed as people continue to move their daily activities increasingly online. While the core of the internet remains stable, some ISP networks may struggle to keep up.”