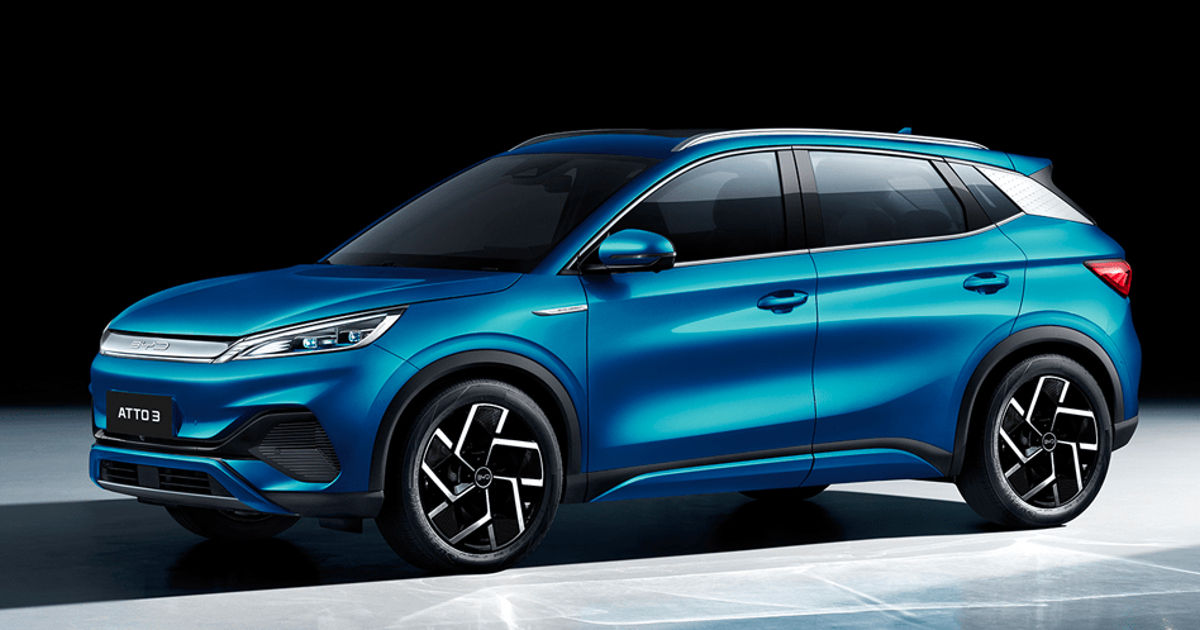 Ahead of its India debut, the brochure of the upcoming BYD Atto 3 compact EV SUV has been leaked. The brochure shows us the dimensions, powertrain options and features. The BYD Atto 3 was recently teased by the company, which has bet big expectations from what will become the first mainstream EV product from the world’s largest automaker in India. The BYD Atto 3 will compete with the likes of the Tata Nexon EV MAX, the MG ZS EV, the Hyundai Kona EV and the upcoming Mahindra XUV400.

The BYD Atto 3 will join its stable mate, the BYD e6 EV MPV, which was initially introduced for fleet buyers only but has now been opened up for private ownership also. The BYD Atto 3 promises a range of up to 480km, 7 airbags, a 12.8-inch infotainment system, and ADAS functionalities. 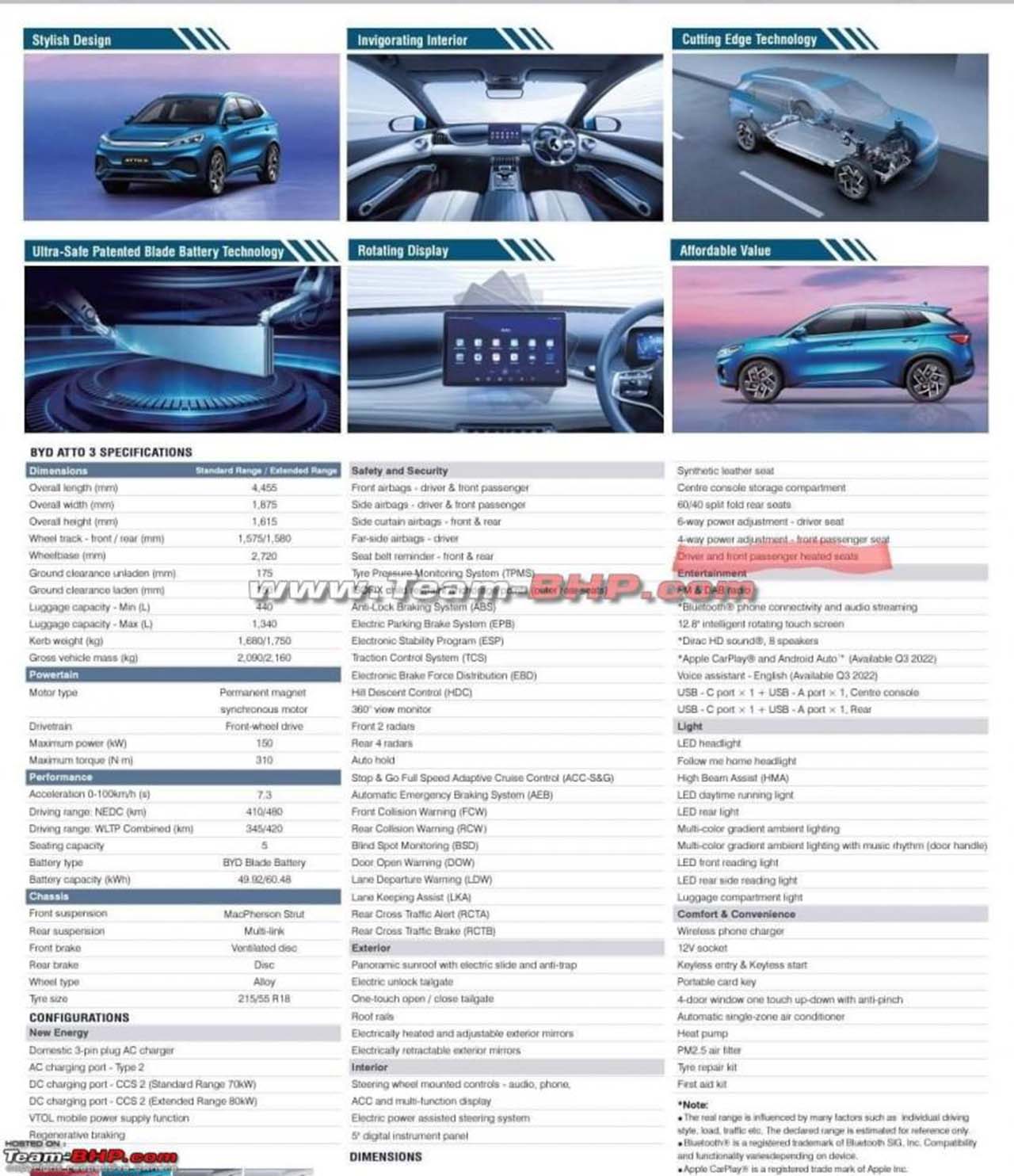 The BYD Atto 3 compact EV SUV will soon hit the Indian market and will come to the Indian shores via the CKD route. The brochure of BYD’s second product in India has been leaked ahead of its imminent launch.

The brochure gives us a glimpse at the powertrain specifications of the Atto 3, which will include 2 battery pack options, 49.92kWh and 60.48kWh capacity units. The lower-capacity battery pack is good for a range of about 410km, while the bigger one manages to squeeze out 480km from a single charge. The claimed range has been certified by NEDC. Atto 3, equipped with the 49.92kWh battery pack, can charge up to 70kW, while the bigger 60.48kWh equipped version can charge at 80kW, according to the brochure.

The safety suite includes ADAS functionalities such as front and rear collision warning, autonomous braking, high-beam assist, adaptive cruise control, lane keep assist and more. The EV also gets 7 airbags, hill descent control and other electronic safety nannies in the package. The Atto 3 will also be well equipped as it will get a 360-degree camera system, a panoramic sunroof, LED lighting and a wireless phone charger. The central infotainment gets a rotatable 12.8-inch display and supports Apple Car Play and Android Auto.

Prices could range between Rs 25 to 35 lakh (ex-showroom), and the company is expected to launch the EV SUV during Diwali.