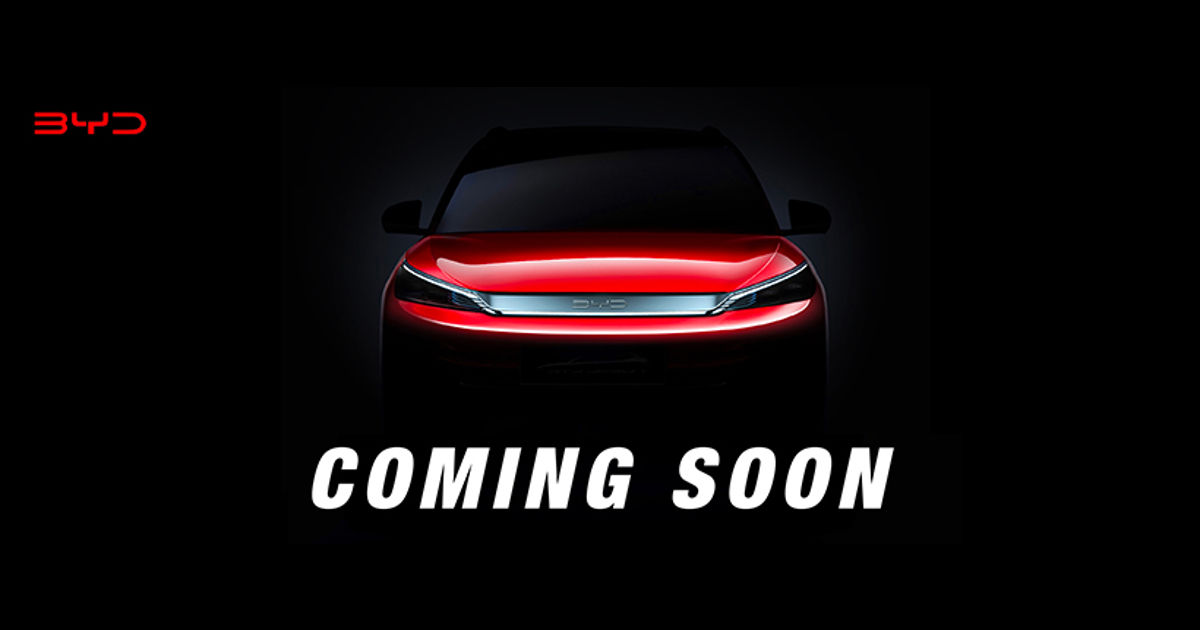 BYD has teased the Atto 3 EV SUV ahead of its launch in India and is expected to hit Indian shores on October 11th, 2022. BYD has timed the launch of its second EV in India around the festive season to garner attention. The BYD Atto 3 is a significant product for the carmaker’s presence in the country. The Atto 3 will go up against the likes of the Tata Nexon EV MAX, the MG ZS EV and the Hyundai Kona EV in India.

The BYD Atto 3 is the second EV from the company, and the Chinese automaker already sells the BYD e6 EV MPV in the country. Initially, the vehicle was only available for fleet operators; however, private owners can now purchase the e6.

BYD has teased the Atto 3 SUV in India and plans to introduce the EV SUV in the market on October 11th. BYD, the current largest automaker in the world, has a lot riding on the SUV as it would be the company’s first ticket to the mainstream EV segment in the country.

The BYD Atto 3 EV SUV that was teased gives us a glimpse of the car’s silhouette from the front. The Atto 3 also flaunts its signature lighting up front, made up of LED elements, which consists of a light bar flanked by an eyebrow-like pattern.

The Atto 3 EV SUV is already on sale in right-hand drive markets such as Australia, and the car is likely to enter India via the completely knocked down (CKD) route. Prices are expected to range between Rs 25 – 30 lakh range. However, a more accurate understanding of these aspects can be expected as we get closer to the launch.

The Atto 3 EV SUV is expected to get a motor capable of producing 201bhp of peak power and 310Nm of peak torque and is paired with a 60.5kWh battery pack. The Atto 3 delivers a claimed range of 480km on a single charge and takes just 1.2 hours to juice up when connected to an 80kW AC. It takes 9.5 hours to charge whilst charging via a 6.6kW AC charger fully.

The Atto 3 will also come loaded with features to cater to the Indian audience and is expected to get – LED headlamps, a 12.8-inch rotating touchscreen infotainment system, a five-inch digital instrument cluster, powered front seats, wireless charger, ambient lighting, a 360-degree camera, seven airbags, and a tyre pressure monitoring system.