91mobiles.com
Home Game Zone Here’s how to get Legendary Weapon Blueprint for free in Call of...
Highlights 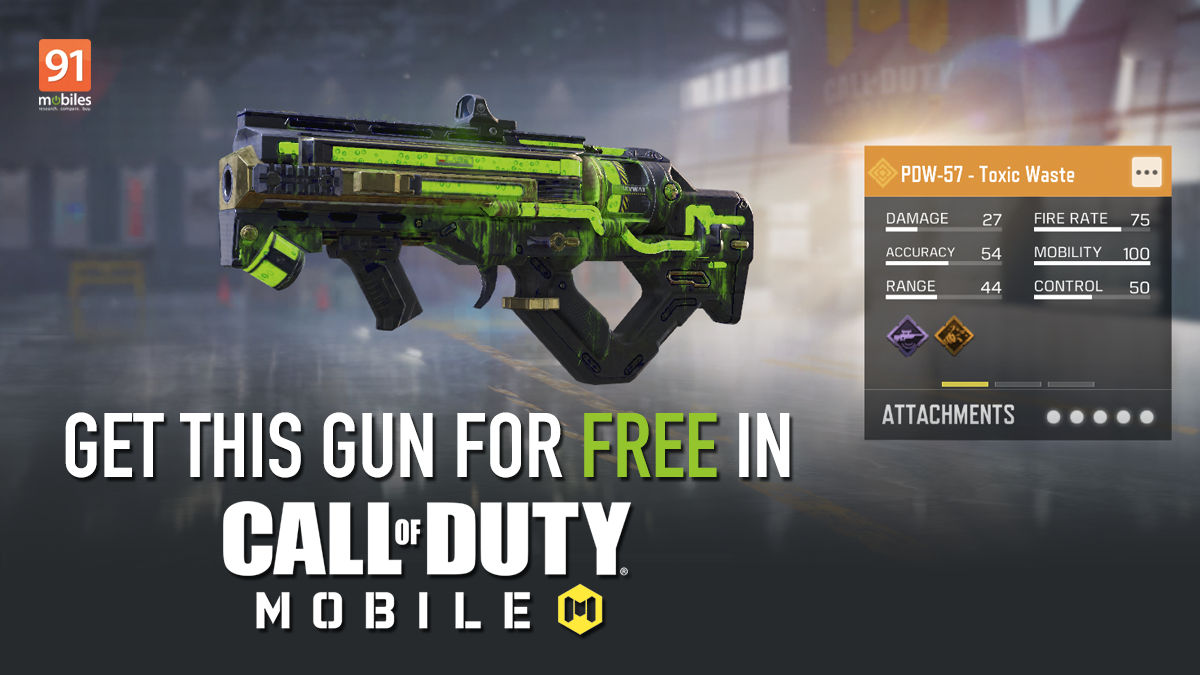 Activision is preparing to release a new seasonal update for Call of Duty: Mobile. As has been the case for the past few months, the publisher is giving players the chance to ‘reserve’ the update. In return, players get their hands on some nifty in-game goodies. This time around though, players who reserve the update can expect something special in the form of legendary weapon blueprints. These blueprints are usually purchased via in-game premium currency.

The main reward that players stand to earn is the PDW – Toxic Waste. As the name suggests, this is based on the PDW SMG and features a neon green ‘sludge’ accent. In fact, it sort of reminds us of the Bio Gun Rifle from the dormant Unreal Tournament series of games.

Aside from this, players will also get the Bleeding Rose wingsuit, two Gold Crate Coupons, and two Epic Credit Crates. The latter of which gives players the chance to win a bunch of goodies that might include Man-O-War – Dark Flare, Locus – Schism, or the Razorback – Sapphire epic blueprints.

Call of Duty: Mobile – how to reserve update

Reserving the update is pretty straightforward. All players have to do is open the game and head over to the Events section. Next, click on the Featured section and head over to the Game Update Rewards tab. Once there, just click on ‘Reserve’ and you are good to go. Unlike other rewards, you don’t have to complete any challenges or missions.

It should be noted that this is only valid till November 16th. So players do have plenty of time to register for it. The developers note that the rewards will be distributed between November 10th and November 16th.

Call of Duty: Mobile is currently in the midst of the season 9 update. Called ‘Zombies are Back’, the update saw the return of the classic zombie map, the Shi No Numa map. It also featured Halloween-based festive events and themes such as the Haunted Hacienda.