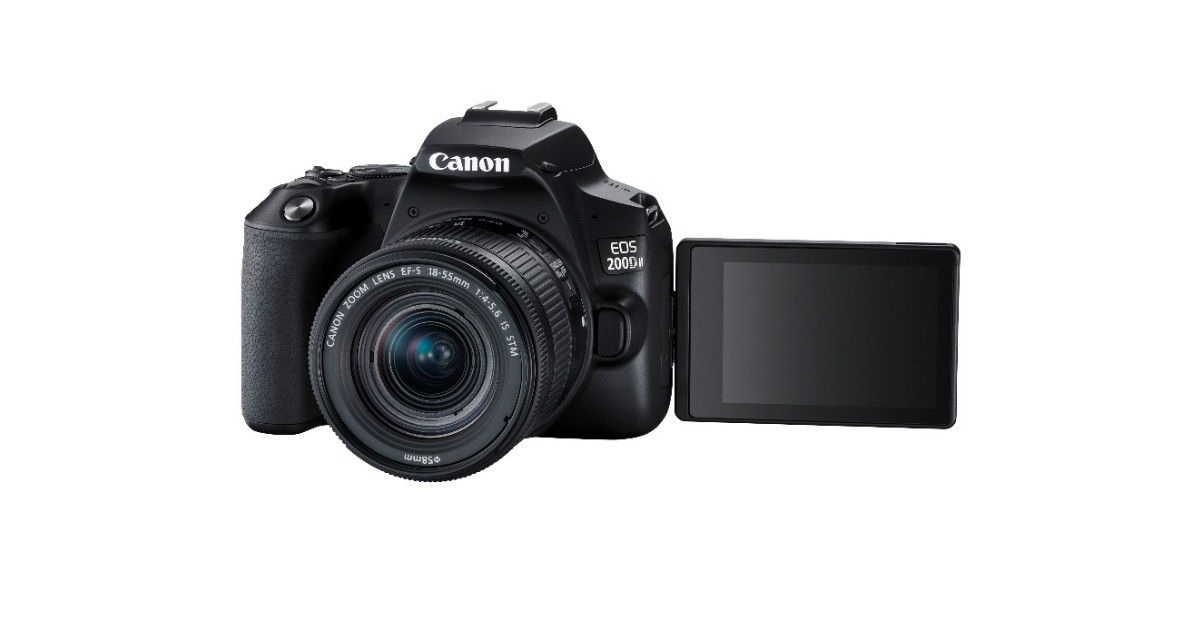 Canon has launched the EOS 200D II in India as the most compact and lightweight DSLR yet in the company’s portfolio. The mid-budget segment DSLR is updated with Canon’s latest components to be a fairly decent performer and, given the price, makes for a decent APS-C interchangeable lens camera at least on paper. It is powered by Canon’s trustworthy workhorse, the 24.1-megapixel APS-C CMOS sensor, coupled with the DIGIC 8 image processor inside.

Given the combination, The Canon EOS 200D II produces native ISO range of up to 25600, with extended ISO going up to 51200. Continuous shooting speed is also fairly decent, with 5.0fps recorded in one-shot focus mode and roughly 3.5fps in servo autofocus mode. While this does not make it an ideal camera for shooting high speed action such as live sports, casual photographers would still find it decent enough for the occasional nature shot when out on vacations. Canon has also thrown in Dual Pixel autofocus module to the second generation of the 200D lineup, giving it theoretically faster focus times, particularly in low light conditions.