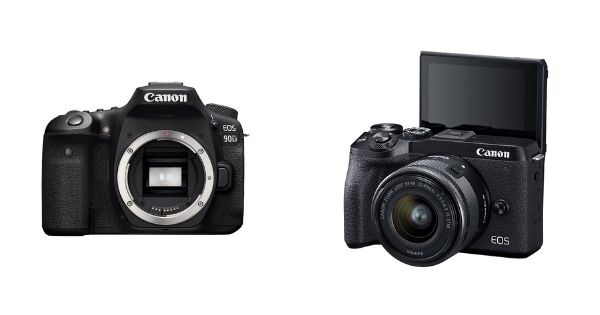 “The EOS 90D and the M6 Mark II come with a 32.5-megapixel APS-C CMOS sensor and DIGIC 8 image processor”

The Canon EOS 90D and the EOS M6 Mark II are the latest cameras from the company. The EOS 90D is a DSLR, whereas the EOS M6 Mark II is a mirrorless camera. Both the cameras share a lot of features, such as the APS-C CMOS sensor and the latest Canon DIGIC 8 image processor. The EOS 90D is the successor to the EOS 80D and while it looks similar in design to the older model, it offers several new features. Both cameras will be available in September in the US.

As mentioned earlier, both the EOS 90D and EOS M6 Mark II share a lot of features. They both use the 32.5-megapixel APS-C CMOS sensor and the DIGIC 8 image processor. This allows the EOS 90D to shoot stills at up to 10fps. It also comes with a 45-point Auto-focus system and face detection. The camera comes with built-in Bluetooth and Wi-Fi.

Meanwhile, the EOS M6 Mark II is a mirrorless camera and has a more compact body than the DSLR. It can shoot continuous stills at 14fps and up to 30fps when shooting in RAW Burst mode. An EVF-DC2 electronic viewfinder is available as an optional attachment. There’s also a 3-inch touch display with tilt and built-in Wi-Fi/Bluetooth as well.