91mobiles.com
Home News Is there carbon dioxide outside our solar system? NASA has an answer
Highlights 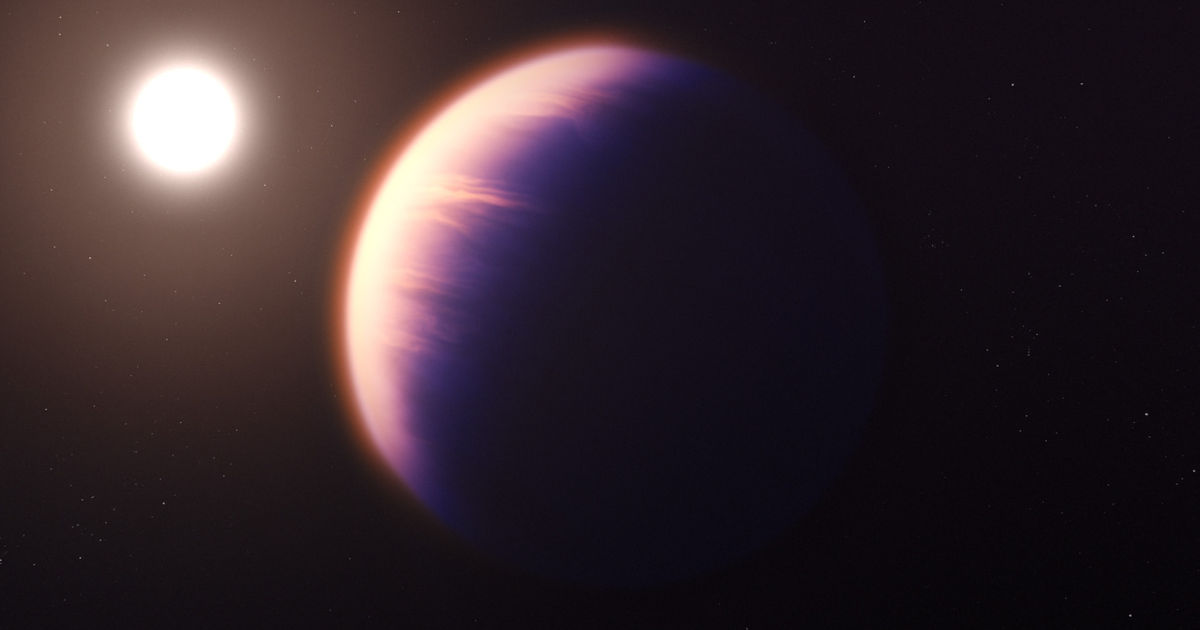 After showing never-seen-before images of Jupiter to the world, the James Webb Space Telescope has unearthed another discovery: it has detected signs of carbon dioxide in the atmosphere outside our solar system. Discovered in 2011, WASP-39b – a planet approx. 700 light years away from Earth – is seen revolving around a Sun-like star. Fun fact: this planet orbits its Sun so closely that one revolution takes four days, meaning four days on WASP-39b equals one year on Earth.

According to NASA, this planet is a hot gas giant, much like Jupiter from our solar system, but has a diameter 1.3x bigger than Jupiter’s. However, despite its large scale, the WASP-39b has the same mass as that of Saturn. The planet is extremely puffy, thanks to its 900-degree celsius temperature. Previous studies using NASA’s Hubble and Spitzer space telescopes revealed the presence of water vapour, sodium, and potassium in the WASP-39b’s atmosphere.

NASA's Hubble Space Telescope: What did Hubble see on your birthday?

The first evidence of carbon dioxide outside our solar system 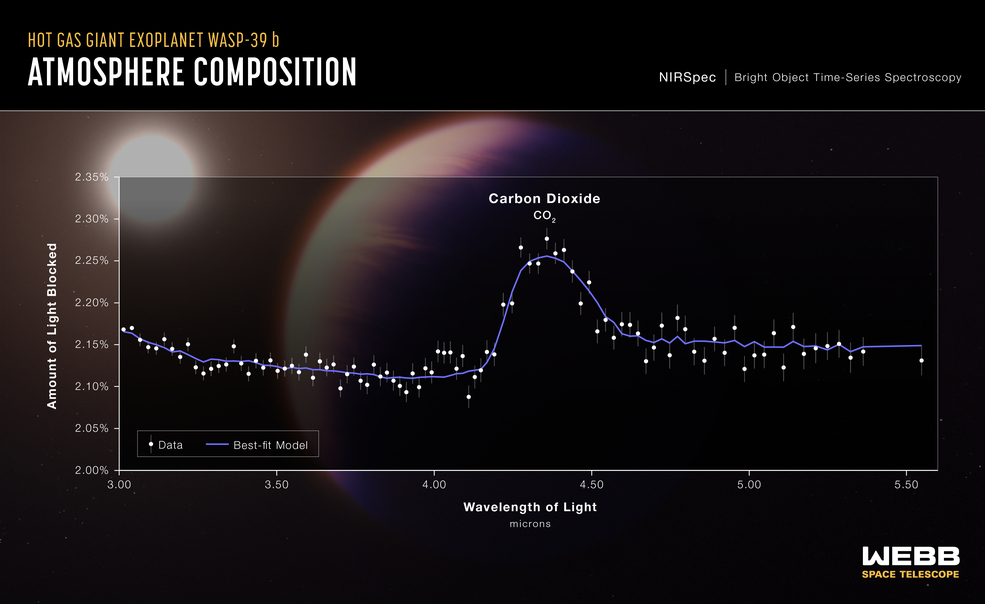 This discovery sheds light on the WASP-39b planet’s structure, and NASA published the study’s results in a blog post. According to NASA, this finding continues to advance its understanding of the planet’s origin and composition. Further, it aids in understanding how much solid and gaseous material created the planet.

‘Detecting such a clear signal of carbon dioxide on WASP-39 b bodes well for the detection of atmospheres on smaller, terrestrial-sized planets,’ said Natalie Batalha of the University of California at Santa Cruz, who leads the team.

‘As soon as the data appeared on my screen, the whopping carbon dioxide feature grabbed me. It was a special moment, crossing an important threshold in exoplanet sciences,‘ said Zafar Rustamkulov, a JWST Transiting Exoplanet Community Early Release Science team member who undertook this investigation.

NASA deployed Webb’s Near-Infrared Spectrograph (NIRSpec) for this discovery, claiming that WASP-39 b is a perfect target for transmission spectroscopy.