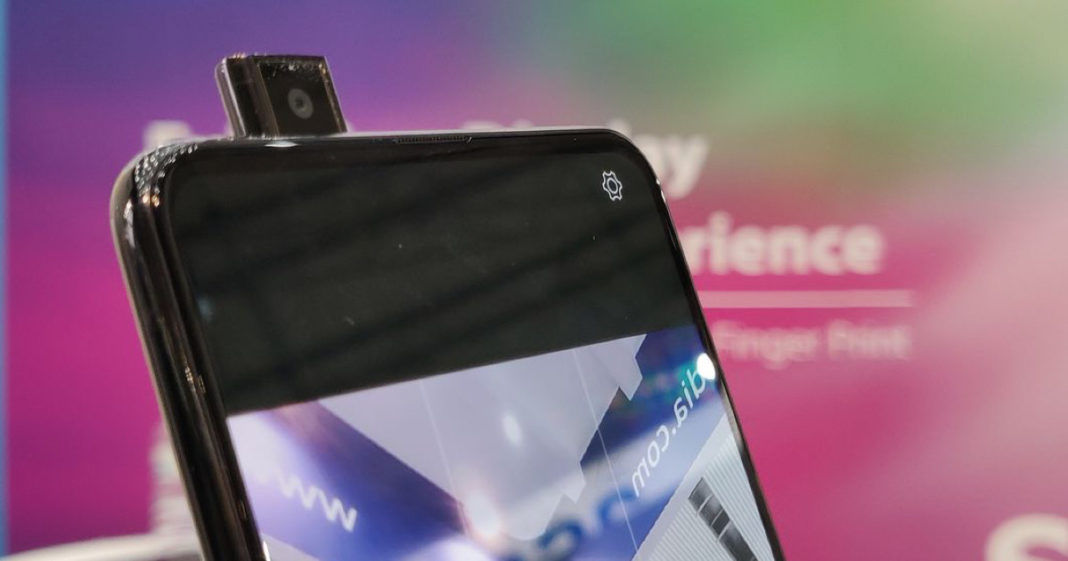 “Our take on CENTRiC’s latest offering, the S1”

In the crowded show floors of MWC Barcelona, it was refreshing to see an Indian smartphone manufacturer CENTRiC amidst all the international brands. For those of who are unaware, CENTRiC mobiles is an up-and-coming smartphone brand in the country and the brand has announced a slew of smartphones at the ongoing Mobile World Congress. Among its upcoming phones is the CENTRiC S1, and I believe that the smartphone has the potential to create waves in the industry for its expected sub-Rs 25k price point. To know why, read on. 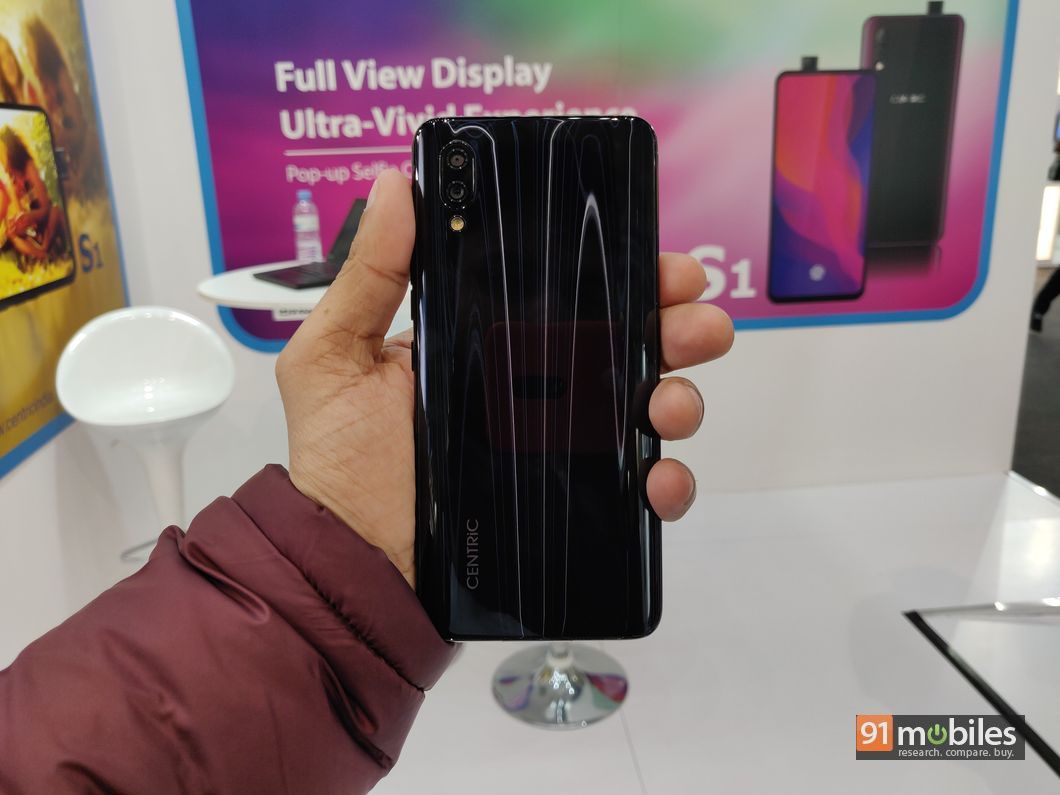 Let’s start with the design of the smartphone, which for the price, doesn’t get any better. The CENTRiC S1 has been constructed using a mix of glass and metal which lends the device a premium in-hand feel. I got my hands on the Black colour variant of the device, however, I am tempted to stop by the booth again to check out the Bordeaux Red hue — it looks quite good. That said, regardless of which colour you opt for, you’ll not be disappointed with the handset’s looks. 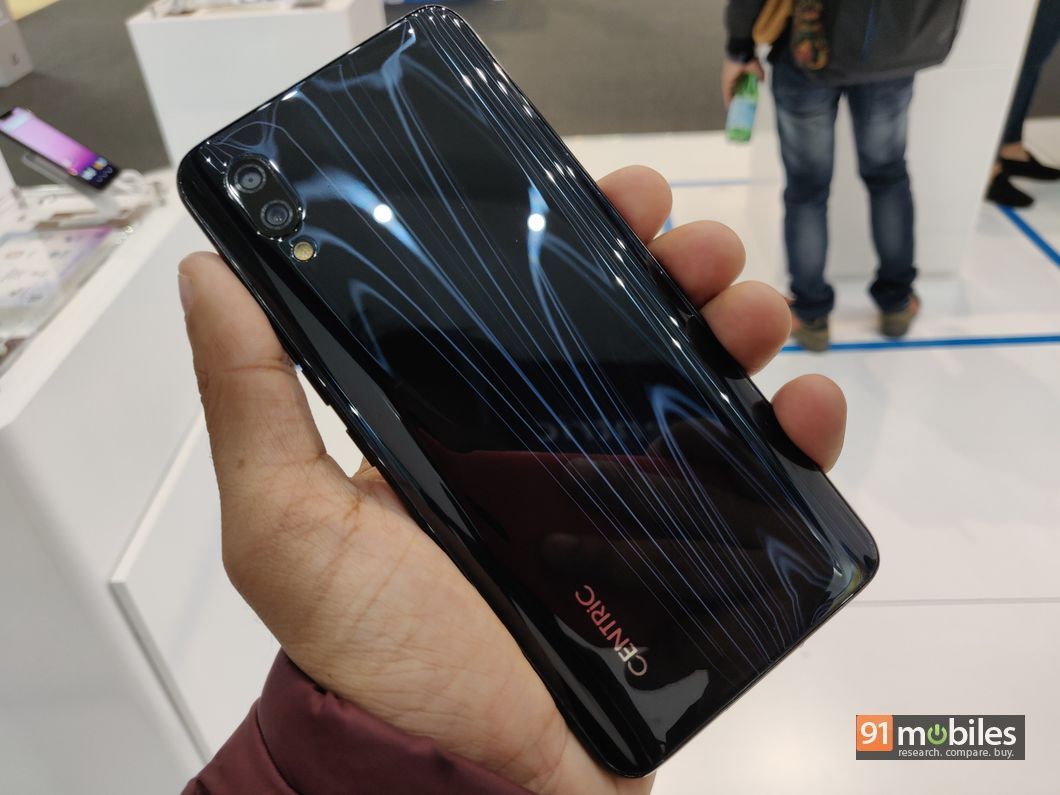 The smartphone features a unique back which diffracts light upon impact, thereby making cool lines and shapes when the back is tilted or viewed from different angles. The handset sports subtle curves and comes with chamfered edges, which help with the grip immensely. Even then, I found the device a tad bit slippery to hold and was cautious to not drop it on the floor. 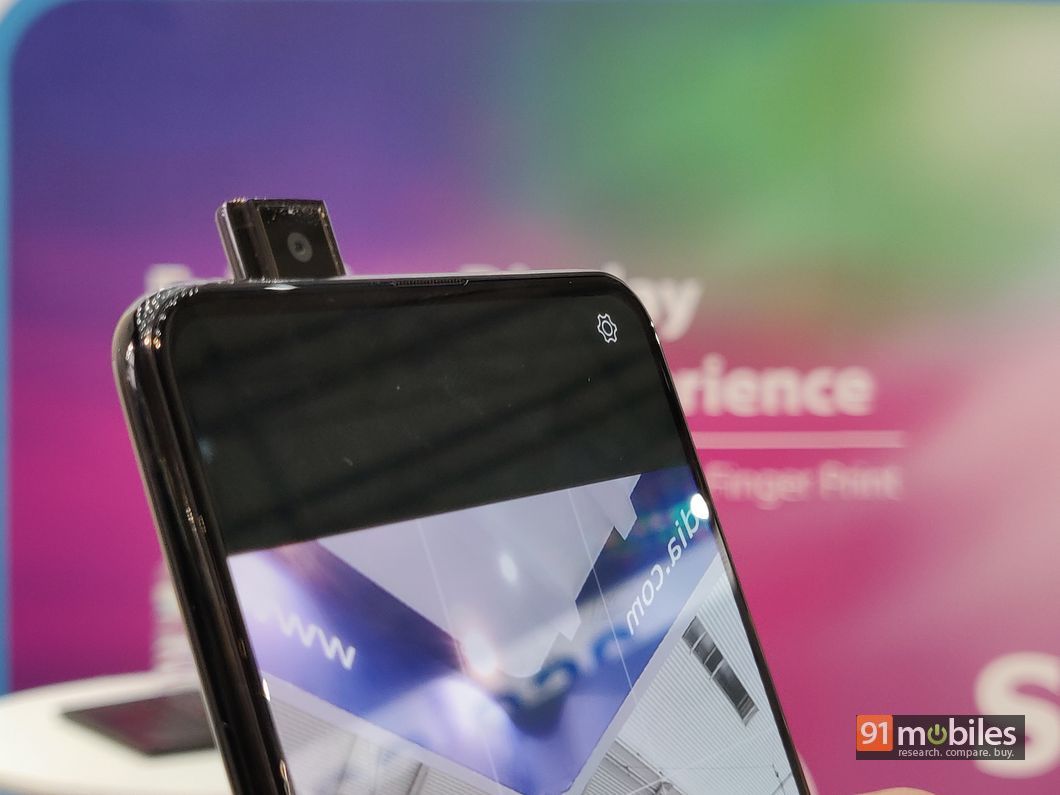 However, the headlining feature of the smartphone’s design is undoubtedly the presence of a pop-out selfie-camera, the likes of which you might’ve seen on devices like Vivo’s NEX (review) and V15 Pro (review). The selfie camera pop outs in under a second and the company claim that they’ve tested the motorised components backing the unit to withstand at least 30,000 movements. That’s an awful lot of selfies, even for someone like me who takes a bunch of em’ every day. And, you cannot dispute how satisfying it is to see the camera pop out and nestle back into the smartphone’s frame.

For ports and buttons, the S1 features a volume rocker and a power switch on its right-hand spine. Towards the bottom, the device ships with a USB Type-C port for charging, followed by a 3.5mm headphone socket and a speaker grille. For security, the company provides an in-display fingerprint sensor with the device which worked flawlessly during my testing. 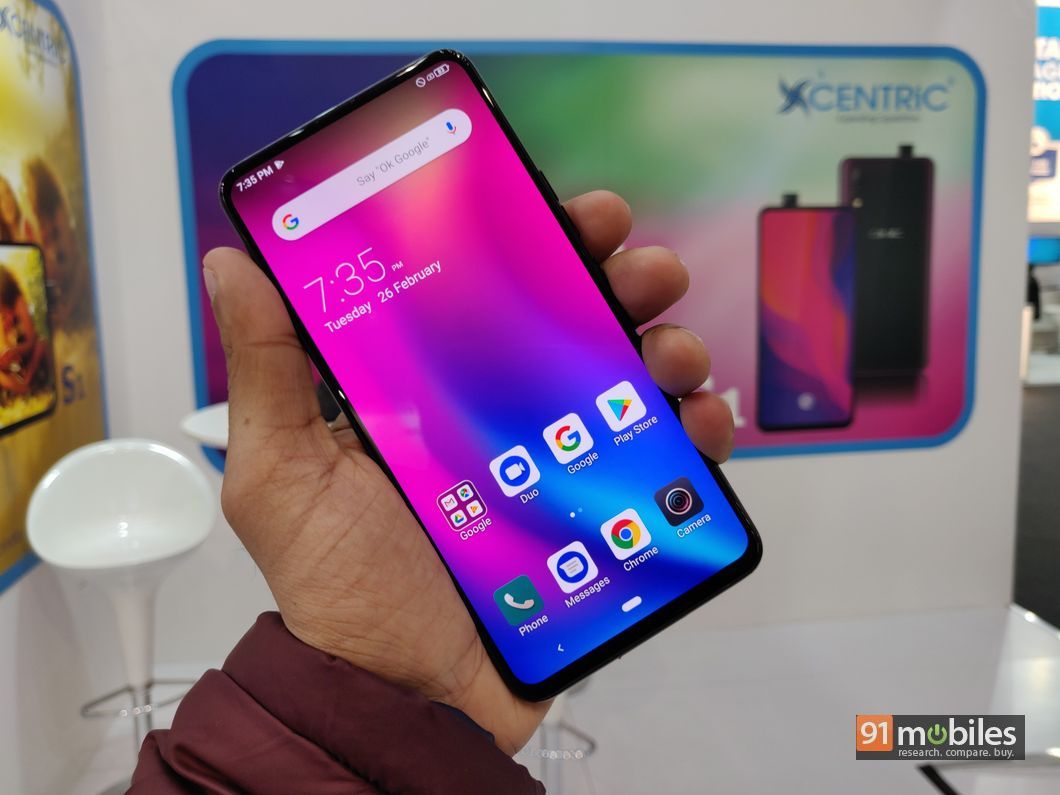 And then, there’s the display. Since there’s no notch on the smartphone, the device’s front is dominated by its display which canvasses a little over 92 percent of the entire surface area. And the praises don’t end here either. The display measures in at 6.39-inches, comes with an FHD+ resolution and is backed by AMOLED technology. Consequently, you’ll be able to feast your eyes to vibrant colours and excellent contrast levels. And lest I forget, the S1’s panel boasts a maximum brightness of 700nits, meaning you might just have to use sunglasses with the device. 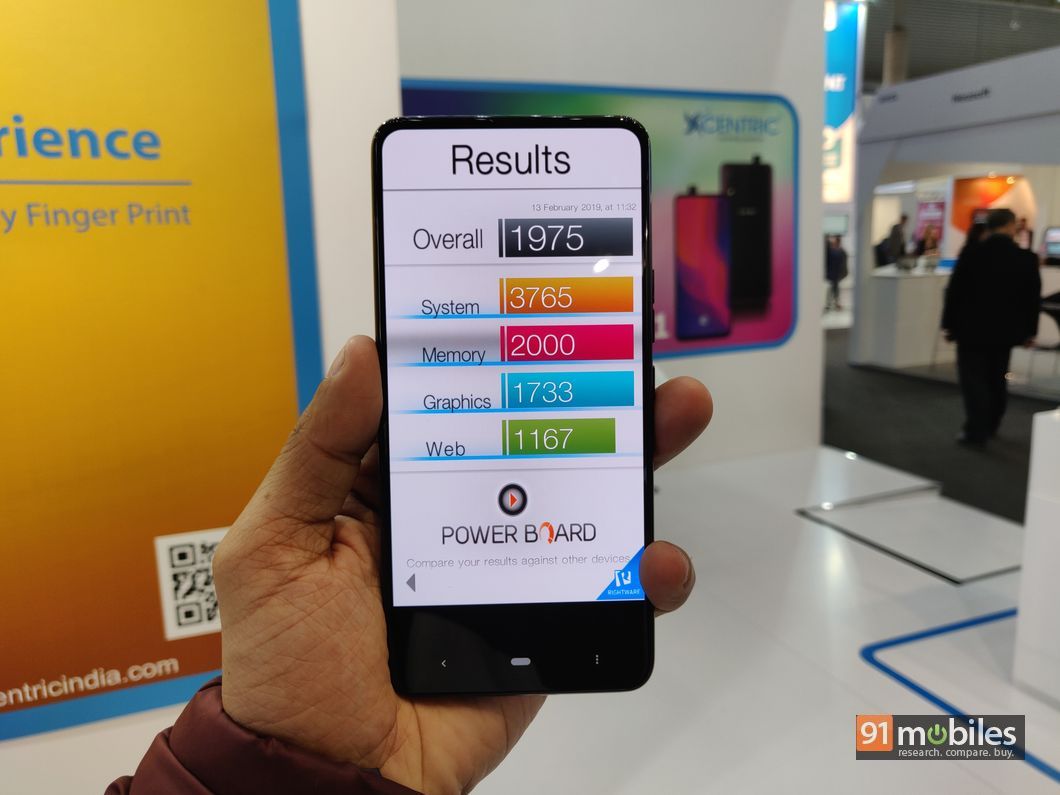 In the performance department, the CENTRiC S1 offers an Helio P70 octa-core processor which can be paired with either 4GB or 6GB of RAM. Correspondingly, you’ll be able to get either 64GB or 128GB of built-in, user-expandable storage. Now, during my initial stint with the device, I didn’t run into any performance-related issues. What’s more, folks on the show floor were kind enough to let me run some benchmarks, which should give you an idea of the smartphone’s performance. 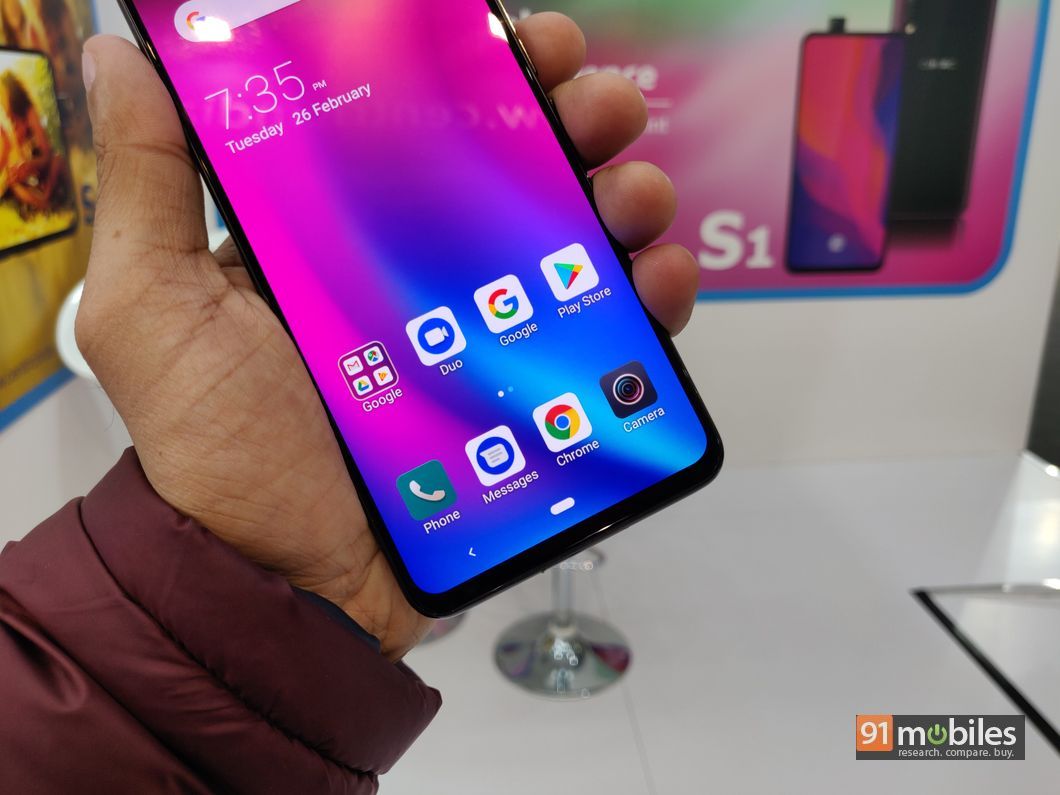 For software, the handset runs a near-stock version of Android Pie upon boot. That’s great, however, I feel that the UI animations could do with a bit more polish as they appeared janky during my first few hours with the smartphone. 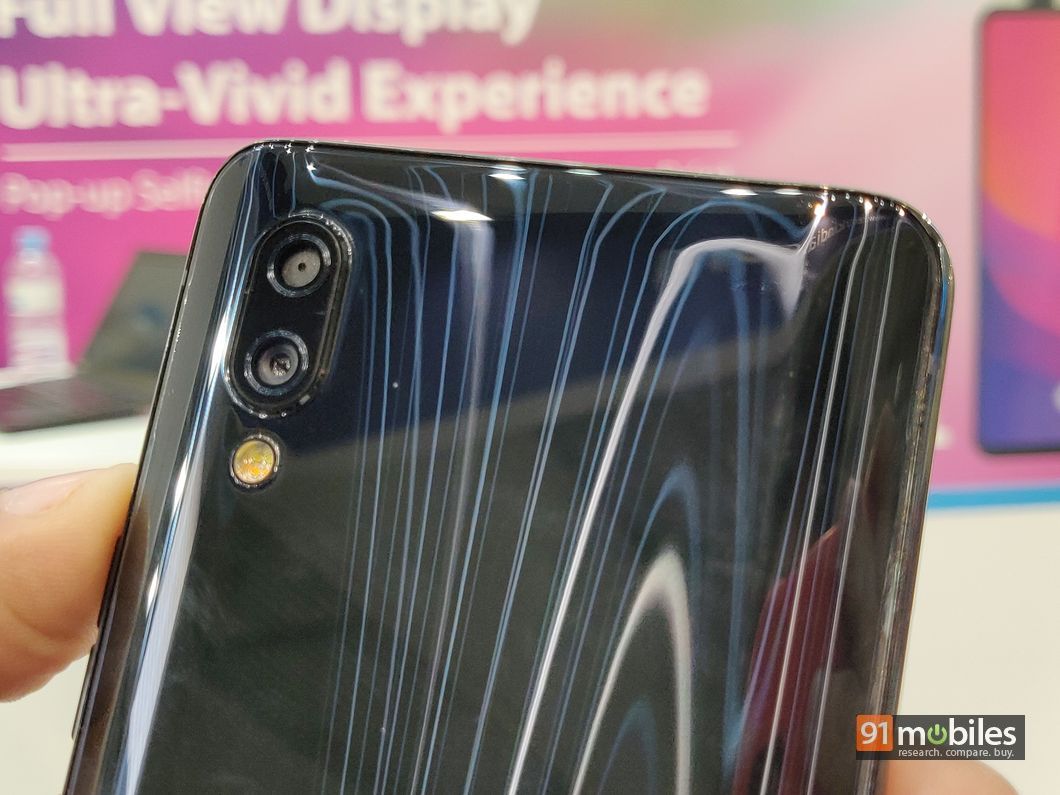 Moving on, the CENTRiC S1 sports a dual-camera setup at the back, comprising a pair of 16MP and 5MP sensors. For selfies, the pop-out shooter sports an 8MP sensor. I did manage to snap a few pictures with the device, and I’ll attach those in a gallery below. Interestingly, the company showcased a ‘UHD mode’ within the camera app which was able to capture a higher amount of details than the regular mode. I will have to dig in to know exactly how the feature works, but for now, I’ll let you enjoy the images.

The CENTRiC S1 is fuelled by a 3,800mAh battery which should easily last buyers a full day, even on heavy usage. What’s more, the S1 also ships with wireless charging, thanks to the support for Qi charging standard. 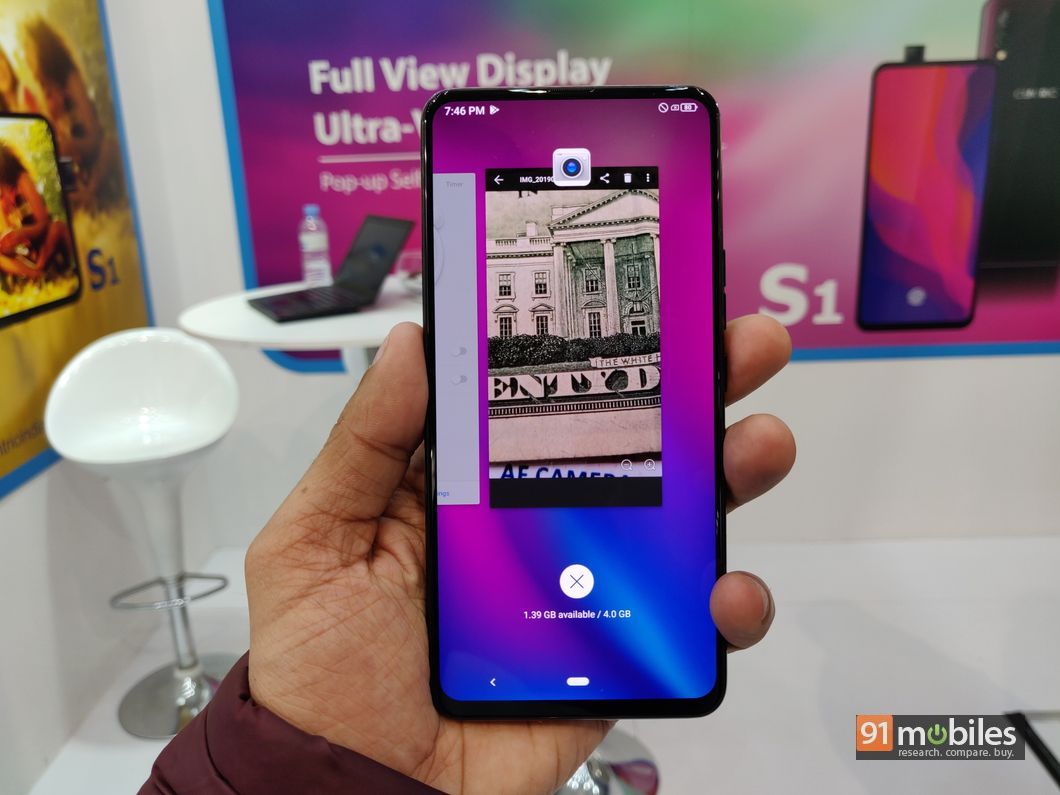 It’s hard to fathom that the smartphone is expected to launch under Rs 25K. For the price, the device offers wireless charging, an in-display fingerprint sensor, a pop-out selfie camera, and solid internals. While only time will tell just how good the handset is, it’s definitely managed to make a lasting impression on me.