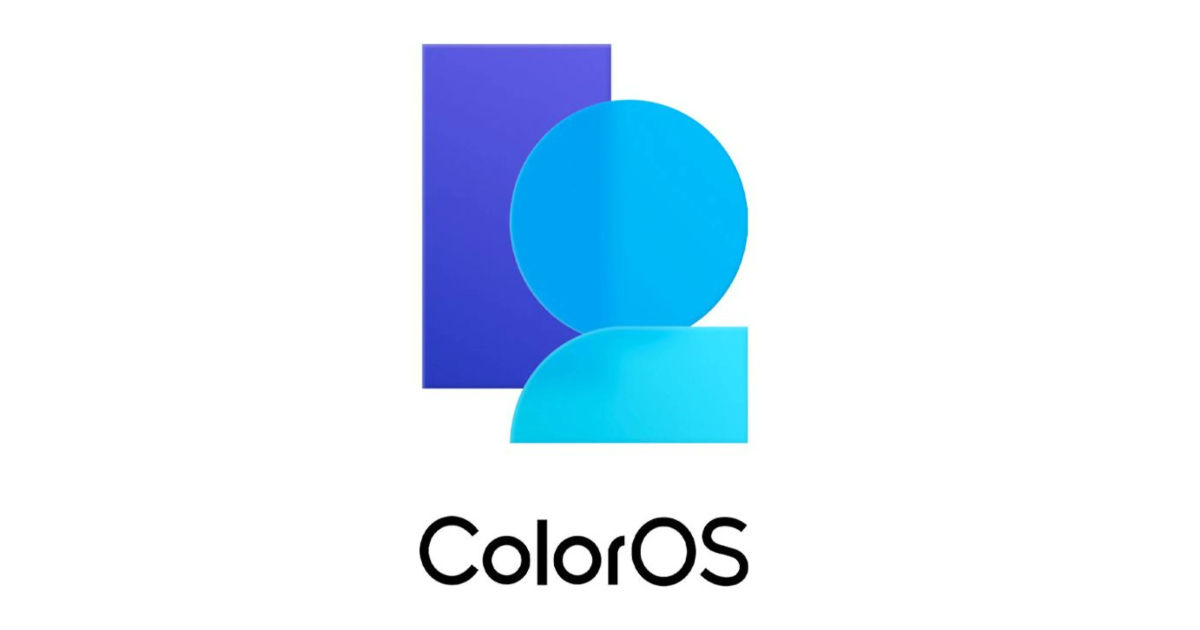 OPPO has introduced the new ColorOS 12 global version that is claimed to offer a seamless experience and is said to be closer to stock Android 12. It brings a new UI that will offer smoother performance and improve productivity. ColorOS 12 has adaptable text support for 67 languages including 13 major Indian languages and in more than 140 regions. It is built on top of OPPO’s Infinite Design concept that is lightweight, clean, and is also customisable. It offers softer icons, animations, and an information framework that is claimed to be user-friendly to different languages and cultures. OPPO says that it has incorporated many stock Android 12 features like a wallpaper-based theming system in Material You.

OPPO ColorOS 12 boasts Quantum Animation Engine that adopts more than 300 improved animations to achieve animation effects that are more lifelike. By imitating physical habits of resistance, inertia, and rebound, the feature makes the overall experience smoother and more aligned to the habits of the human brain. This will enable users to have a more realistic and intuitive experience. It also ships with features like 3-finger translate powered by Google Lens and the default Phone Manager allows users to stay productive in multiple situations. There’s Smart Sidebar that is powered by Google Lens and it can translate from foreign languages into your own with just a tap. It can translate text into images. 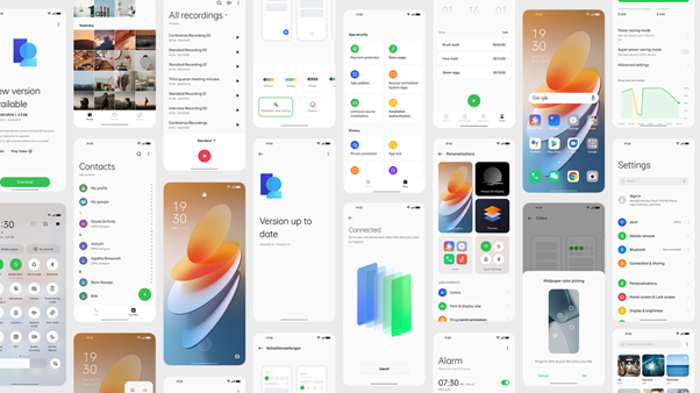 The AI System Booster ensures maximum responsiveness of apps at all times. It is claimed to free up 30 percent of RAM. There are Android 12 microphone and camera usage indicators. One-tap Power Saving detects and disables the apps that consume more power and keeps the phone active until the next charge. ColorOS 12 comes with enhanced security and privacy features of Android 12, including Privacy Dashboards, Approximate Location Sharing, and Microphone and Camera Indicators. OPPO has added functionalities such as Private System, Private Safe, App Lock, and others.

The new Omoji thanks to the advanced Facial Capture Algorithms can recognise and track 77 different facial points in real-time. They are matched against 50 base expressions generated using precision modelling and rendering techniques. OPPO even allows users to create their Omoji with over 200 fashion accessories and expressions. ColorOS 12 brings a customisable Always-on Display. Users can even make a personalised Omoji as a part of the Display. There are 20 custom Omoji and 3 sets of expressive actions that greet you when you check the Always-On Display. PC Connect lets you seamlessly connect your phone to PC via Bluetooth or by scanning the QR code. This will allow users to open, edit, copy or paste files on their phone using a PC. Notifications on the mobile phone can also be displayed on the computer in real-time.

There is Clone Phone 2.0 that can clone your data using only one QR code, thereby making the migration process easier. 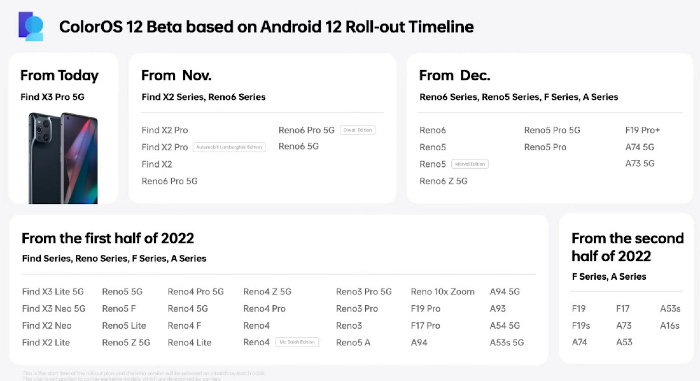 OPPO ColorOS 12 public beta will begin with Find X3 Pro 5G and will first roll out today in Indonesia, Thailand, and Malaysia. The rollout will then proceed to more devices in other countries through the rest of 2021 and 2022. OPPO says that it aims to bring ColorOS 12 to 110 models. It will roll out in the Indian market from November 2021 starting with the Reno series – Reno6 Pro 5G, Reno6 Pro Diwali Edition, and Reno6 5G.