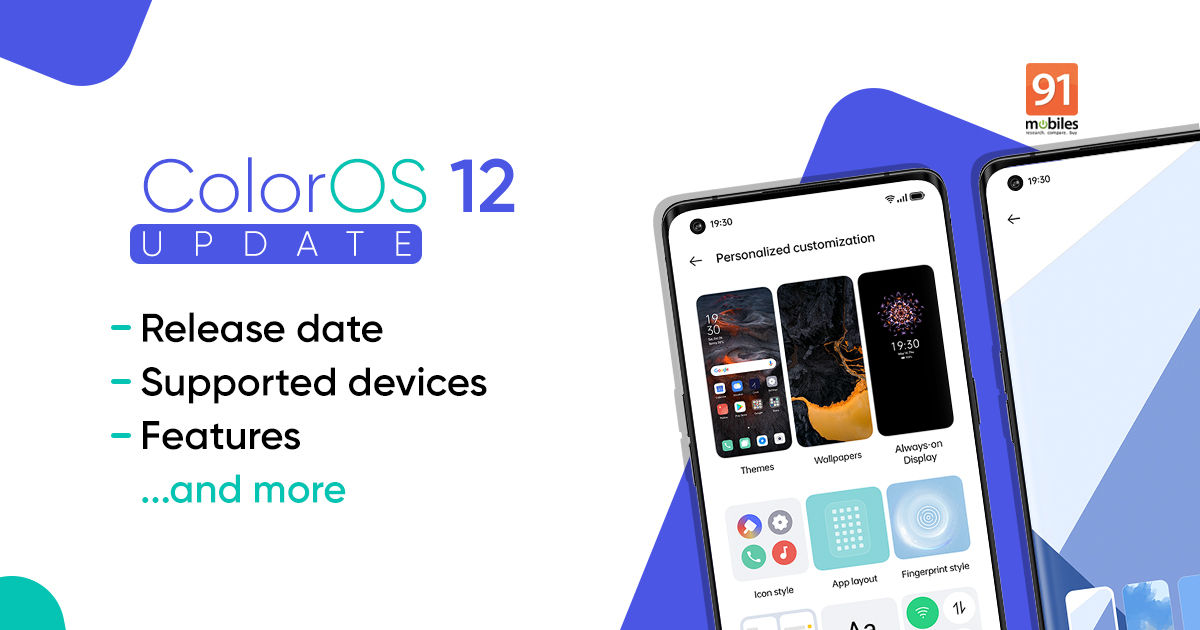 The launch of Android 12 brings in a host of new and improved features that are expected of a generation change in software. Most manufacturers are currently working towards updating their own custom skins for Android 12. To transfer all those improvements OPPO has worked on its own skin, the ColorOS 12. The ColorOS 12 was launched on October 11th and the OTA will gradually reach more and more supported phones. The ColorOS comes after the source was added onto the Android Open Source Project (AOSP) and about a month post-China launch of the ColorOS. ColorOS 12 brings to the table a new design language, new Sidebar tools, improved privacy controls amongst others.

The ColorOS 12 update was officially unveiled in India on October 11th. As per the post-pandemic tradition, the ColorOS 12 launch was conducted via a live stream of the event online on YouTube. This was preceded by the source being added onto the Android Open Source Project (AOSP). The new release brings in a fresh set of refurbishments to the software and transfers Android 12 derived features and benefits to its users.

ColorOS 12 sees a good boost when it comes to the design language of the UI. The new UI cleans and tidies up the design making it more uncluttered with a lot more white spaces in between two items. ColorOS 12 supports thirteen Indian languages and also provides UI accurate texts that have been tuned by experts. There also have been big updates to animations and transitions. The icons on the UI have been updated too and there is new light and shadow play happening throughout the UI. Interestingly, one can find OxygenOS derived design cues.

The new wallpaper based theme inherited from Android 12 has also made its way onto ColorOS 12.

Screen Translate in the Smart Sidebar

The Smart Sidebar has been rejuvenated with new tools and now features a three-finger swipe fingerprint option, Screen Translate and Background Stream. The new translate feature comes in handy and like on Google Chrome, translates the to a language of your choice once you have used the tool from the Smart Sidebar. The Background Stream is also an interesting feature that lets you play a video in the background even with the screen being locked.

Privacy features have seen a boost and have also incorporated Android 12 privacy upgrades. For instance, you will be notified when applications are accessing hardware like a camera or microphone or even location. This is something iOS 14 brought to iPhones last year.

The ColorOS 12 update takes privacy further by sending out an approximate location of your device rather than the exact location that sounds like a micro scrambler from movies! There is a privacy dashboard that helps you keep track of permissions that you have granted to different apps. Simple yet important things like removing location data from images when sharing goes a long way and ColorOS 12 gets it. There is an anti-peeping notification system as well that hides notification content when the device recognises someone other than the owner looking at it. 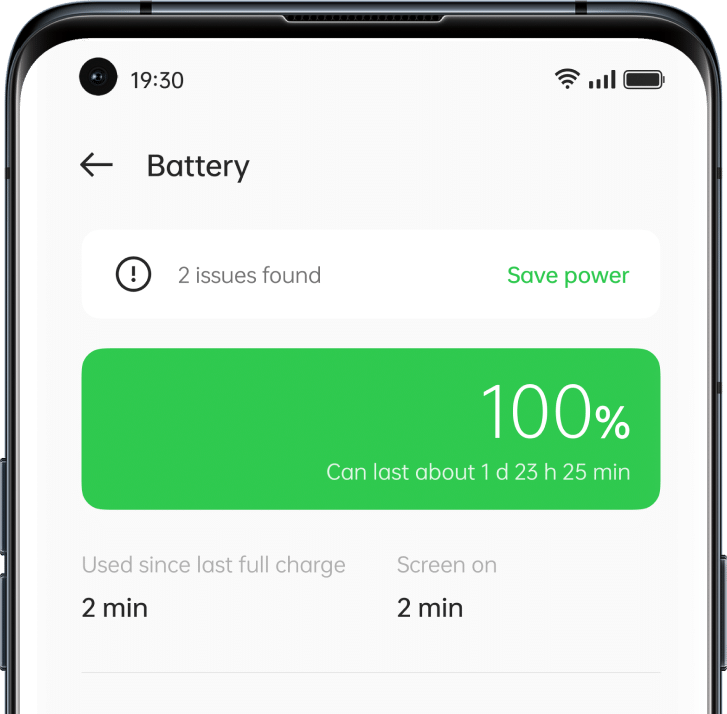 The battery dashboard on ColorOS 12 has seen an overhaul and now features a detailed overview of battery consumption data. New battery optimisation techniques include manual control and battery saving techniques like switching off edge lighting, turning off background activity, preventing notifications from waking up amongst others.

ColorOS 12 update based on Android 12 will soon be rolling out with the beta version coming to OPPO Find X3 Pro 5G and first followed by other devices which will get it by November. Here’s OPPO’s rollout schedule listed out for you:

How to install ColorOS 12 Beta

If you want to get your hands on the latest ColorOS 12 Beta based on Android 12 early on your ColorOS 12 supported device, here’s how:

The stable version of ColorOS 12 update has started rolling out on more OPPO Reno series smartphones. Check out the list given below to learn more about the availability of ColorOS 12 stable update:

OPPO has announced that stable version of ColorOS 12 has rolled out for OPPO A73, A74, F19 Pro+, Reno 5Z, and Reno 6Z 5G in Saudi Arabia and the UAE. The Indian variants of OPPO A74 and F19 Pro+ have also begun receiving the update. The OPPO Reno 6Z 5G update is now available in Cambodia, Vietnam, Thailand, and the UAE.

This will be followed by the Reno4 Pro, F19 Pro and F17 Pro devices in February and OPPO A53s 5G in March. The ColorOS 12 beta version is already out for the OPPO A74 5G.

As promised, OPPO has started providing Android 12-based ColorOS 12 to its mid-range Reno 5 and Reno 6-series smartphones. However, the update is currently available in a few regions

OPPO has announced China rollout plan for ColorOS 12. The stable version of custom Android skin that runs atop Android 12 will be pushed to OPPO Reno 5 Pro+ and OPPO Reno 5 5G smartphones from January 6th. This will be followed by public beta version of the same skin for OPPO Reno 4 series, OnePlus 8 series, and OnePlus 8T from January 17th onwards. The remaining eligible devices will get the ColorOS 12 update from February 2022.

The beta update of ColorOS 12 has started rolling out to OPPO Reno5 Pro 5G and OPPO F19 Pro+ smartphones in India. The update, as promised, is based on Android 12. You can check your Software Update settings to download the ColorOS 12 update on your device.

Nine OPPO smartphones are scheduled to receive ColorOS 12 in December. The company has announced that the devices will get beta update first, followed by stable release. The OPPO Reno 5 Pro 5G and F19 Pro+ will be updated to the latest OS based on Android 12 from December 10th in India. From December 28th onwards, the beta version of the ColorOS 12 will start rolling out to OPPO A74 5G in India.

OPPO announces the global launch of their ColorOS 12 skin based on Android 12 to be scheduled in October. The launch of the upcoming software has been scheduled for October 11th at 9 AM GMT (2:30 PM IST). The new feature brings along a design overhaul, privacy improvements as well as general improvements scaled across the UI.

The ColorOS 12 update based on the Android 12 Global version has been announced and the update will be gradually rolled out in a phase-wise manner with the OPPO Find X3 Pro 5G getting the update first on October 11th. The new software update brings in a host of new features, updated UI, the new Quantum Animation engine and more.