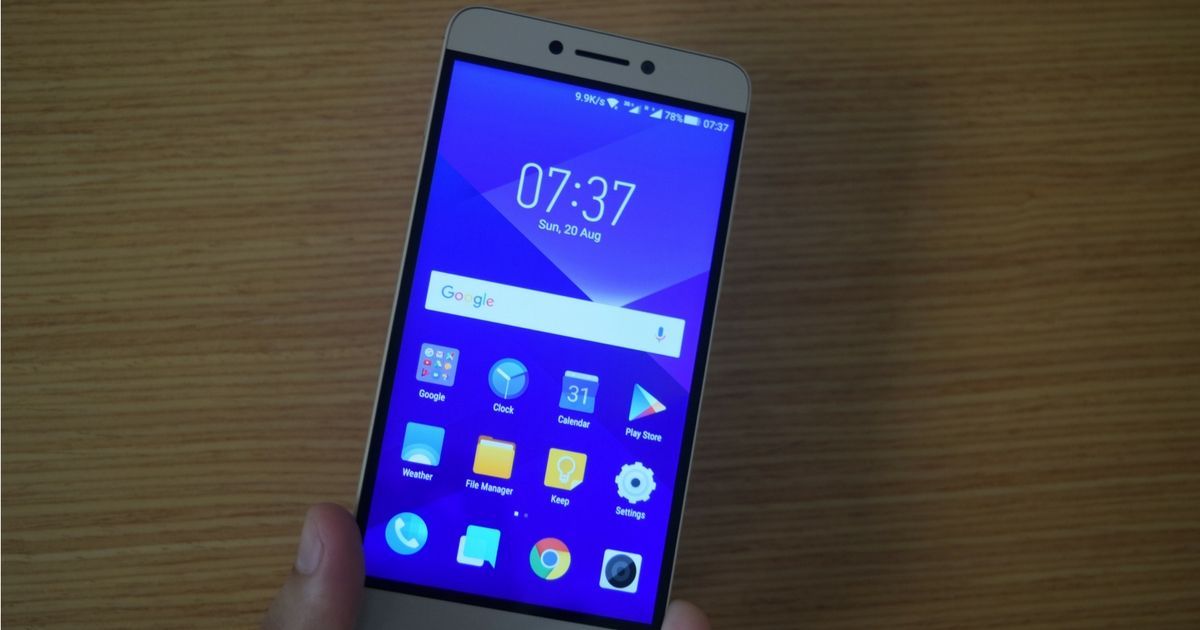 Unlike other Chinese brands, Coolpad has experienced a rollercoaster ride in the Indian market. While it managed to taste success with its affordable Note series, it received mixed response to its other offerings, be it the Cool1 (review) or the Coolpad Max. In a bid to change that, the brand has just unveiled its latest smartphone for the country – the Cool Play 6. The fact that the flagship was launched on a lavish yacht in Dubai suggests how important this launch is for the handset maker. While I’ll be testing out the Coolpad Cool Play 6 over the next few days, based on the initial experience, I think it just might be the one to change the brand’s fortunes in the country. Here’s why.

The 5.5-inch screen size has become standard for most smartphones, and the Cool Play 6 doesn’t deviate from that. Its fascia is dominated by a 5.5-inch panel, which is accompanied by a couple of sensors, secondary shooter and an earpiece on top. The bottom portion houses the backlit navigation buttons. 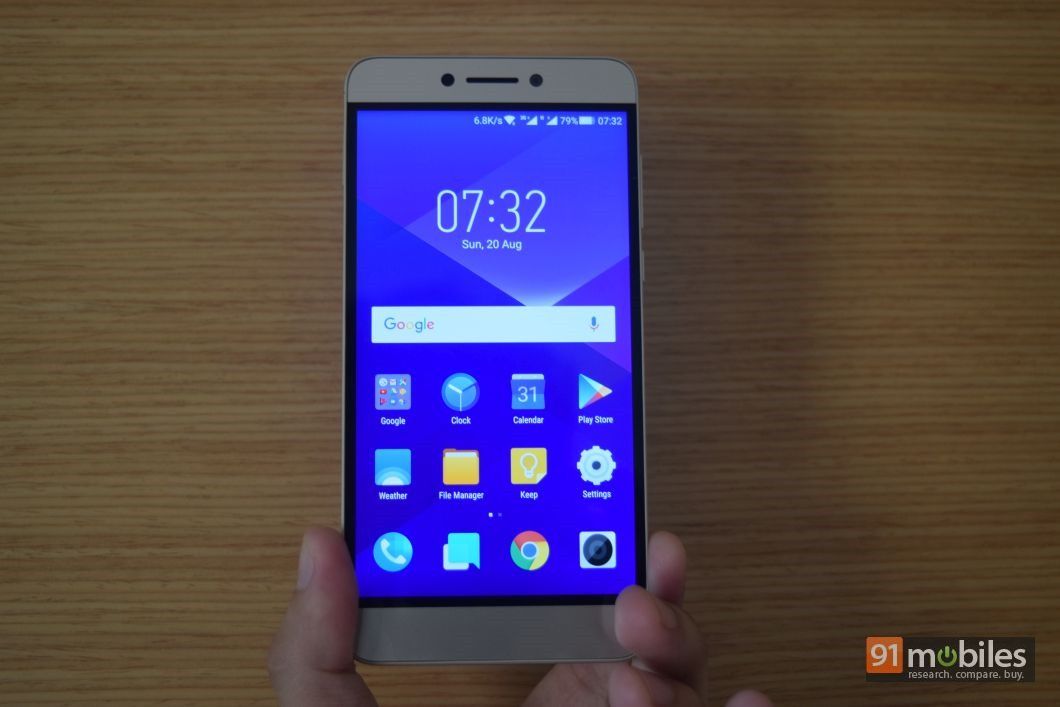 With its unibody aluminium construction, the Coolpad Cool Play 6 looks quite premium – albeit similar to most smartphones these days. That said, it gets the ergonomic quotient right with curved edges at the back. While its 175g weight might seem on the higher side, it’s distributed really well and the phone doesn’t come across as bulky. 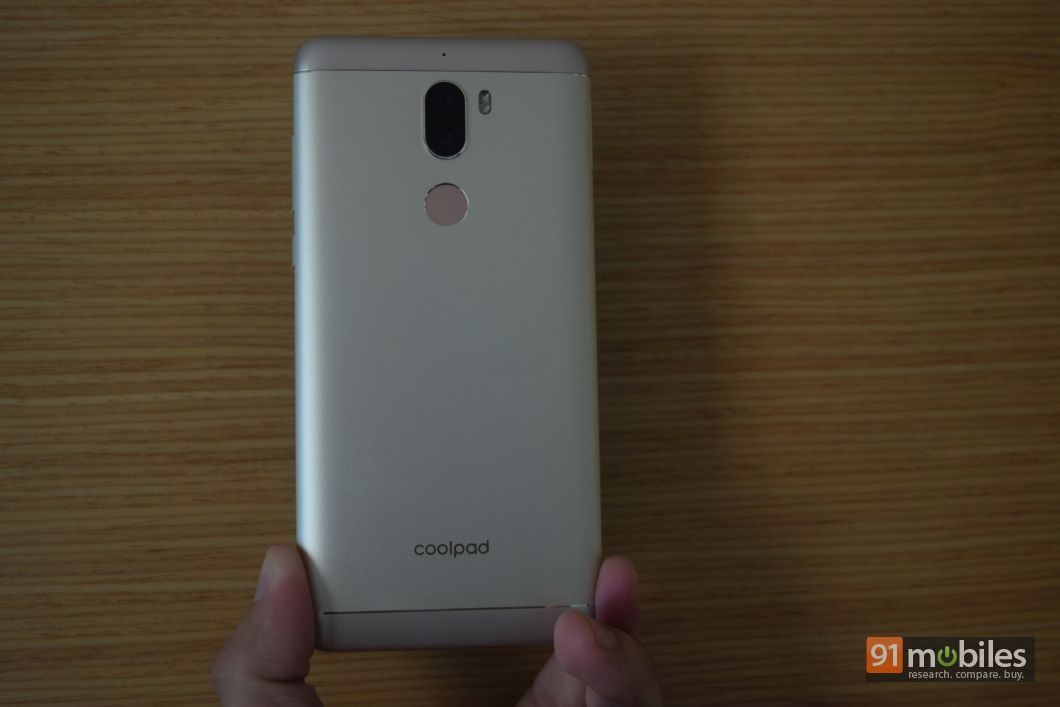 Available in black and gold hues, the smooth finish at the back doesn’t feel slippery and keeps fingerprints at bay. In terms of the port and button placement, the device follows the norms too.

With a resolution of 1,920 x 1,080 pixels, the IPS display is able to deliver vibrant colours and sharp text. The brightness levels were also up to the mark as I was easily able to read the screen under direct sunlight. 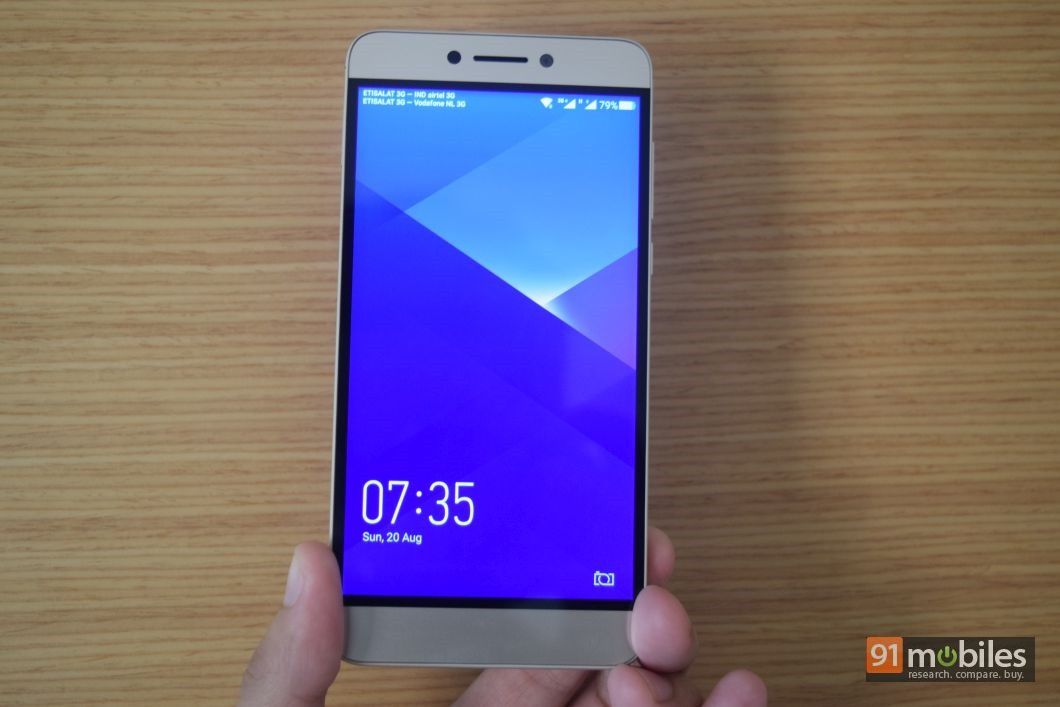 Similar to the Coolpad Cool1, the Cool Play 6 flaunts dual cameras at the back. Both the shooters are rated at 13-megapixels, and let you capture images with better contrast and details as the secondary sensor shoots in monochrome. You can also use the setup to get depth-of-field effects, and interestingly, you can set the aperture from f/.095 all the way up to f/16 to ensure that the effect doesn’t seem unnatural. For low-light situations, it has a dual-tone LED flash to illuminate the scene. The device is able to lock focus quickly thanks to PDAF, though I felt that the shutter speed isn’t as fast. For selfies, the handset gets an 8MP snapper at front. I took a few test shots with the phone and it’s able to offer good details, though colours seemed to be dull. Of course, I’ll be testing out the cameras extensively before giving a verdict. 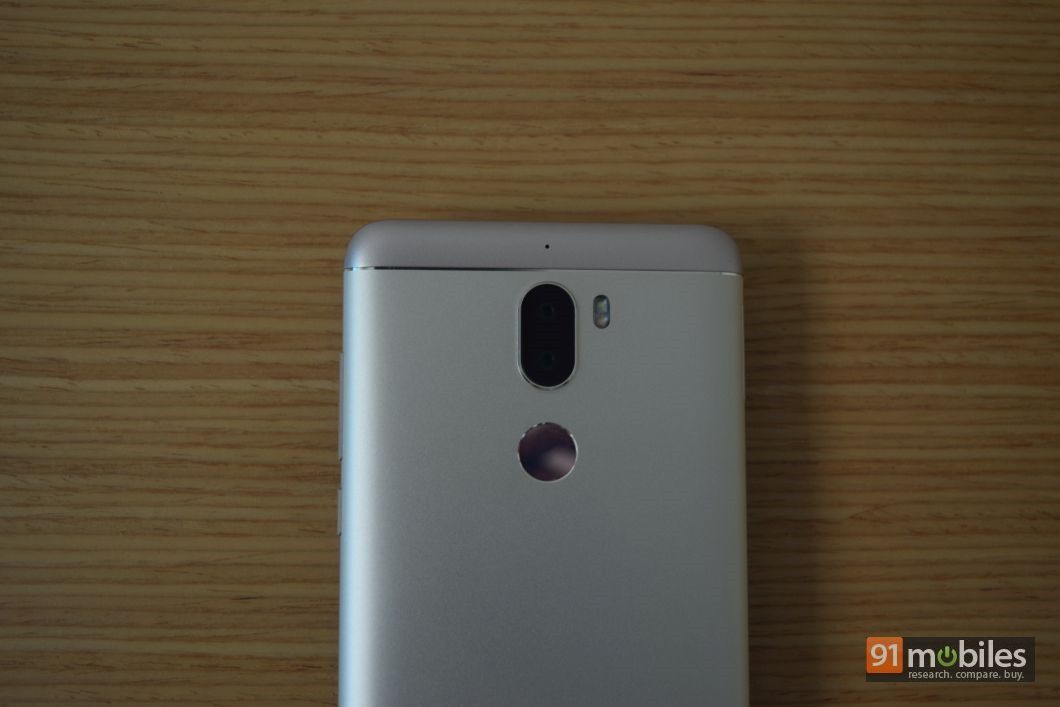 At the heart of the Colpad Cool Play 6 beats the Qualcomm Snapdragon 653 SoC, which is an octa-core processor with two quad-core clusters running at 1.95GHz and 1.4GHz respectively. Combine that with a beefy 6 gigs of RAM, and you’ve got a powerful performer in your hands.

During my brief usage, the phone was able to fly though everything thrown at it. I’m now looking forward to pushing the hardware further with tons of apps and high-end games to see how smooth its performance is in real life. Taking care of your storage needs is 64GB flash memory on board, but it must be noted that it can’t be expanded further since the Play 6 doesn’t have a microSD card slot. 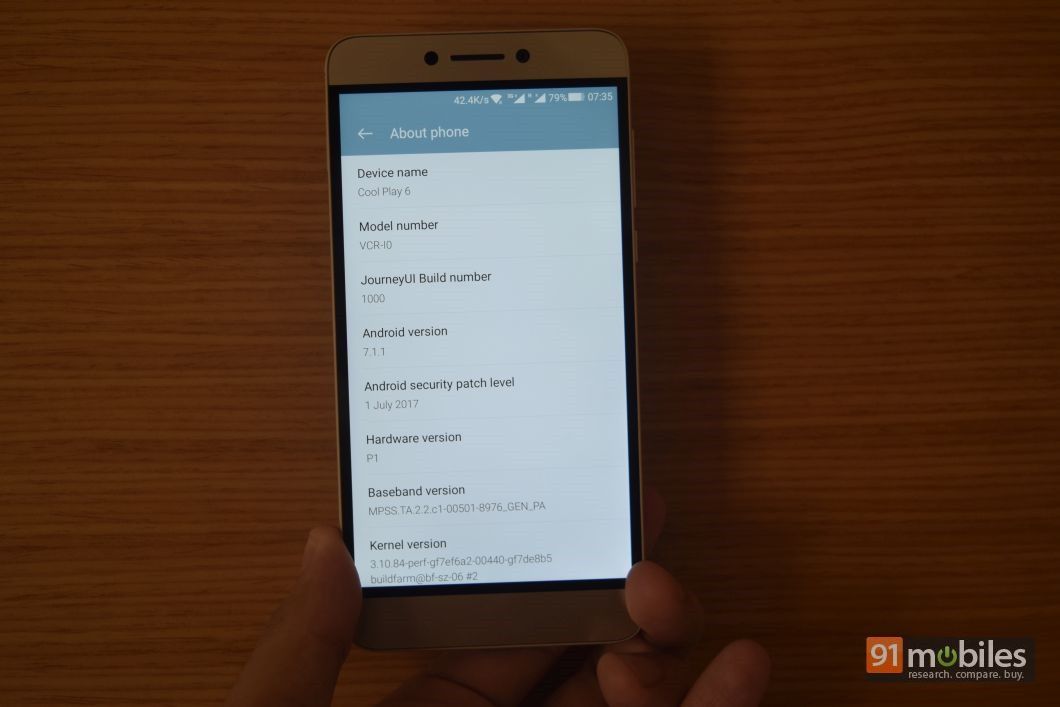 Coolpad’s latest ships with Android 7.1.1 Nougat with a custom skin dubbed as Journey UI on top. While the Play 6 has a unified homescreen with all the apps present up front like most Chinese interfaces, it’s not heavily customised. There are a few useful features such as Dual Apps and preloaded apps such as Facebook, UC News, Xender, etc. Thankfully though, these apps can be uninstalled easily.

Fuelling the Cool Play 6 is a 4,060mAh battery, which should be able to last a day of usage, if not more. With Quick Charge 3.0 support, you can juice up the smartphone quickly. 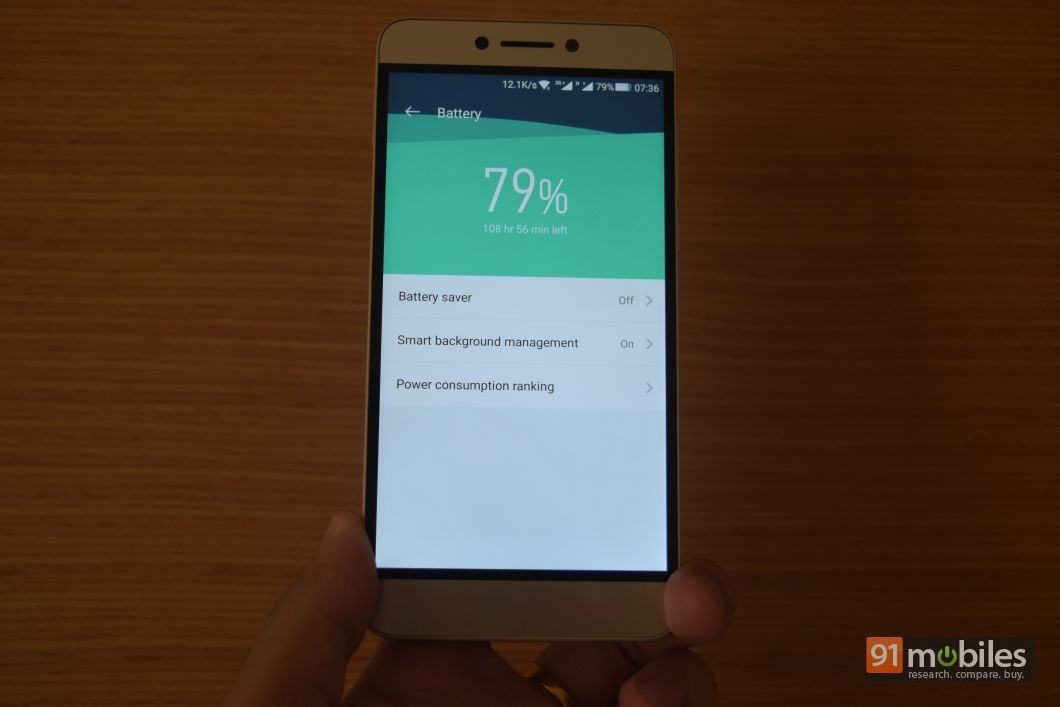 The Coolpad Cool Play 6 retails for Rs 14,999 and will be exclusively available via Amazon. At this price, it’s the most affordable smartphone in India to boast 6GB RAM, and its other specs also make it seem like a complete package. However, apart from the RAM capacity, it doesn’t come across as a major upgrade over the Cool1. Furthermore, it isn’t the only one in the fray as in this price band, you can go for some loaded options such as the Moto G5 Plus (review), the recently-launched Lenovo K8 Note (review) and the budget blockbuster Xiaomi Redmi Note 4 (review). I’m interested in seeing how the Cool Play 6 stacks up against the formidable competition, so keep an eye out for my review.

Disclosure: this writer was in Dubai on Coolpad’s invitation