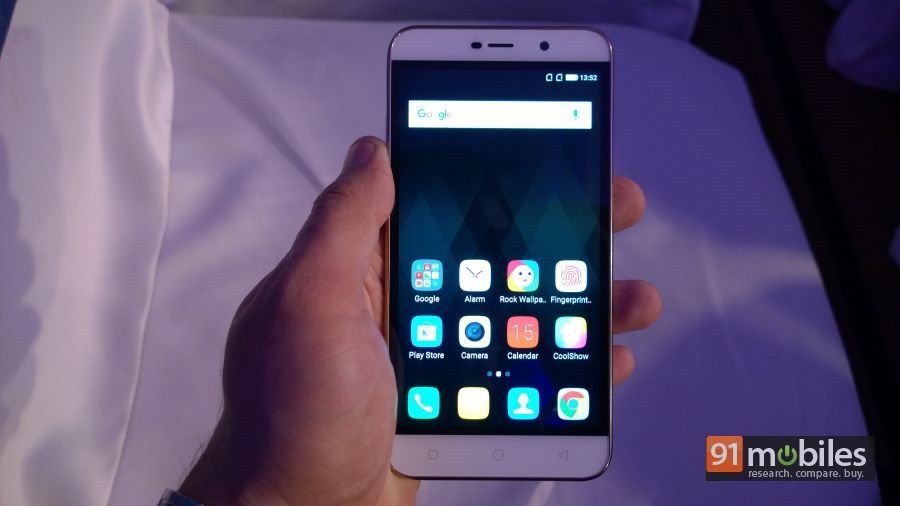 “Wondering how Coolpad’s latest offering, the Note 3 Lite, is different from its bigger sibling? Read on to find out”

The budget segment in the Indian market has been on fire since quite a while now. Several companies have tried to cash-in on this, offering a plethora of devices from their arsenal. The result is a strong, feature-rich segment which doesn’t lighten the pocket much. Following this trend, Coolpad has recently launched the Lite variant of its Coolpad Note 3 under the Make-In-India program. It’ll be interesting to see if the Coolpad Note 3 Lite (first impressions) is able to carry forward the achievements of its elder sibling. But first, let’s see how the two siblings stack up against each other.

Both smartphones come equipped with a 720p HD scratch-resistant displays which differ in sizes. The Coolpad Note 3 (review | FAQs) features a phablet-class 5.5-inch screen, whereas the Coolpad Note 3 Lite has a more compact 5-inch screen. Having the same resolution on a smaller screen means that the Note 3 Lite has a sharper pixel density of 294ppi.

The Coolpad Note 3 Lite looks like a smaller version of Note 3 in terms of design. There are a few minor changes to the placement of sensors and ports, but the overall language remains quite the same. Another differentiating feature is that the Note 3 Lite sports a gold frame as compared to the silver one on the Note 3. The same can be seen on the rim of the fingerprint sensor. Yes, you read that right, both devices offer a fingerprint sensors. The back of the Note 3 Lite has been given a matte-finish, which is a nice move forward from the original shiny smudge-friendly plastic back of the Coolpad Note 3. 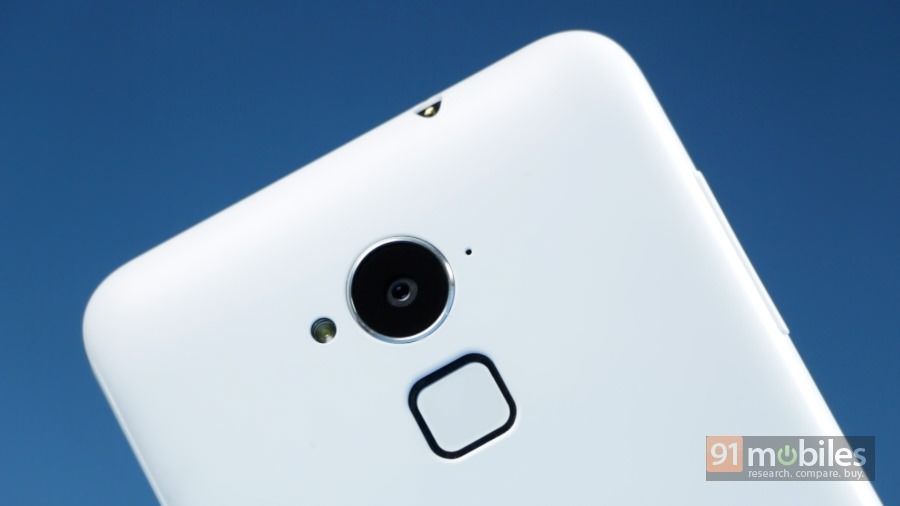 The optics department of both the smartphones is completely identical. Both feature 13MP rear cameras with f/2.0 aperture and a LED flash. Accompanying this is a 5MP front-facing shooter for selfies and video calling.

Android 5.1 Lollipop is seen running on both the Note 3 and the Note 3 Lite. Coolpad’s own UI skin, COOLUI 6.0 runs atop of the software. Both phones come with support for gestures along with a few preloaded titles like Facebook, WhatsApp, etc. 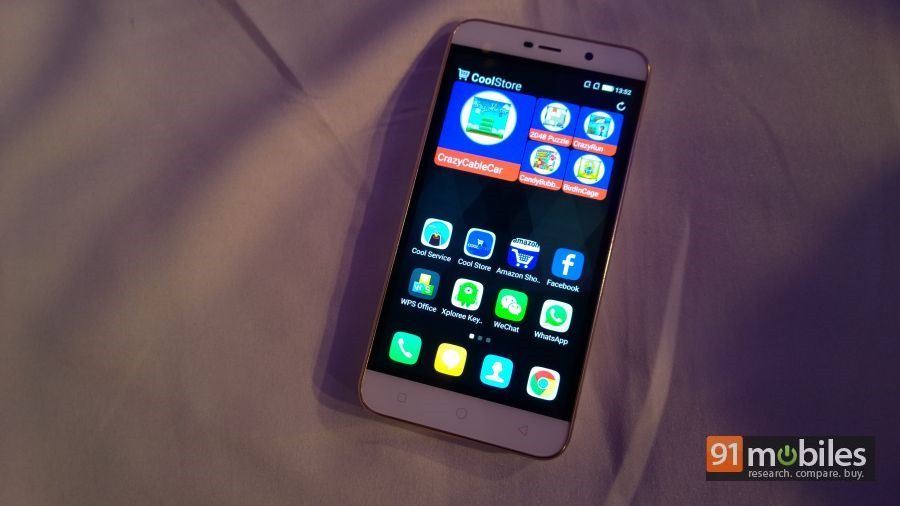 In terms of storage, both smartphones come with 16GB of internal storage which can be topped up with additional memory through the microSD card slot.

Due to the reduction is size, the new Note 3 Lite features a smaller battery than the Note 3. A 2,500mAh non-removable battery provides the juice to the Note 3 Lite as compared to the 3,000mAh battery of the Note 3. 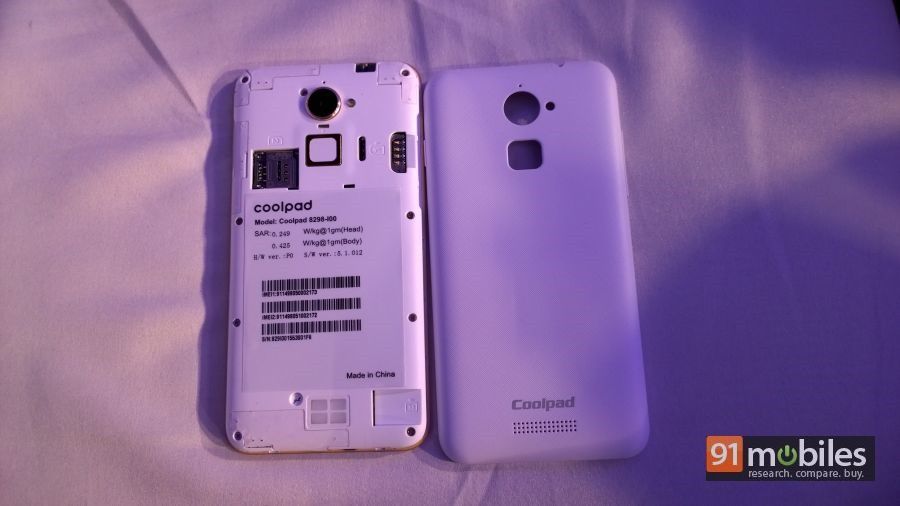 On the connectivity front, both devices feature Wi-Fi, USB OTG, 4G LTE, and Bluetooth 4.0 LE. There are dual-SIM slots in both the handsets which accept micro-SIMs.

The Coolpad Note 3 is available for Rs 8,999, and can be purchased directly from Amazon. But Coolpad has stepped up its game with the Note 3 Lite by pricing it aggressively at Rs 6,999. It will be sold via flash sales on Amazon India, with the first flash sale scheduled to take place on 28th January. The registrations for the same have already begun. 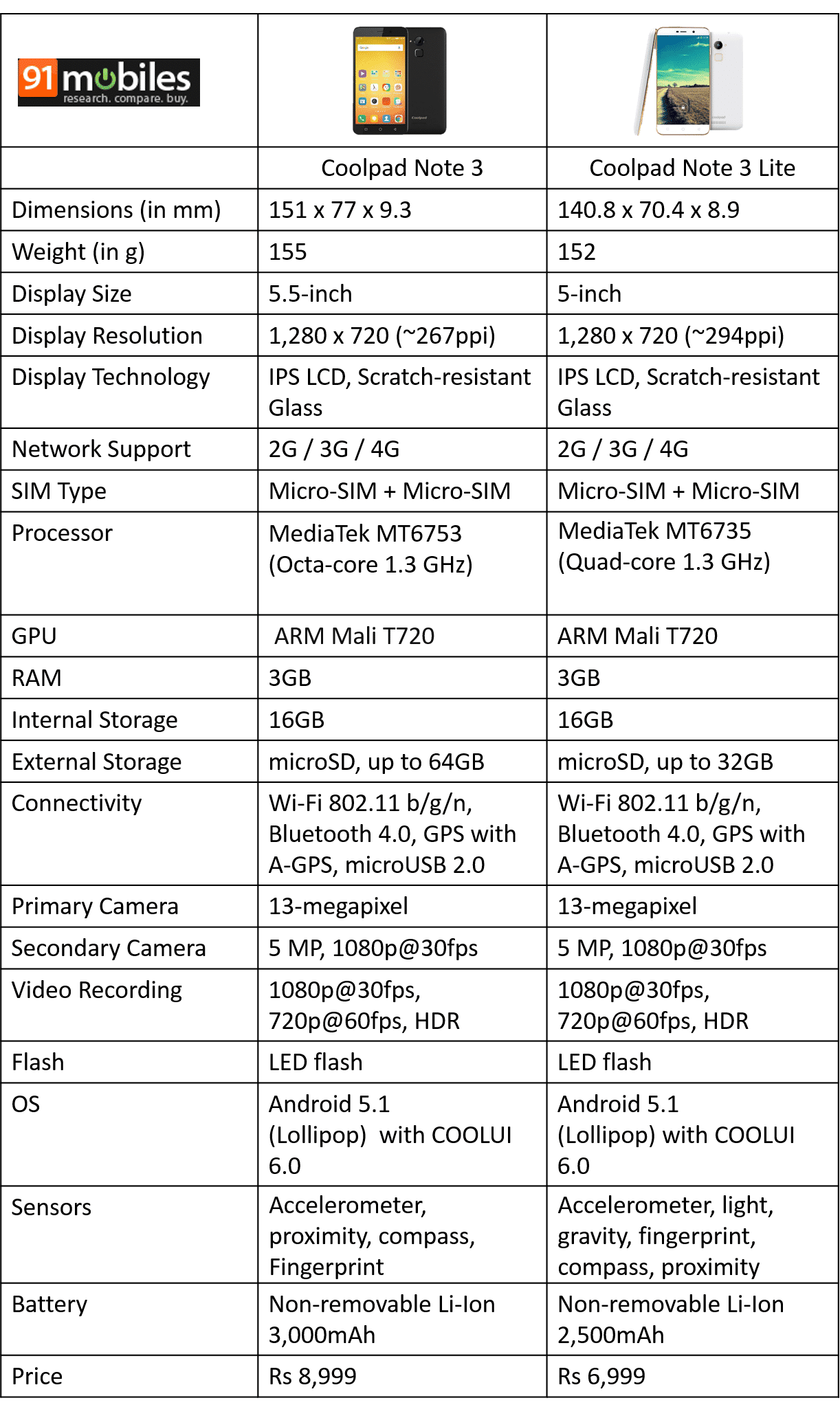 Coolpad has made a strikingly similar device to its Note 3, thus offering the users the choice between two form factors. The new Coolpad note 3 Lite now takes the title of the cheapest device packing in a fingerprint scanner from its elder sibling. Keeping the 3GB RAM intact is also an interesting move by the company. Finally, as both devices offer similar experiences, it comes down to personal preference. If you’re a person that prefers a compact phone with one-hand use, then the Coolpad Note 3 Lite might be a better deal for you. But if you’re all in for phablets and a bigger battery, then the Coolpad Note 3 checks in all the boxes.

Xiaomi Redmi 3S vs Lenovo VIBE K5 vs Coolpad Note 3 Lite: the one that rules the compact budget smartphone arena