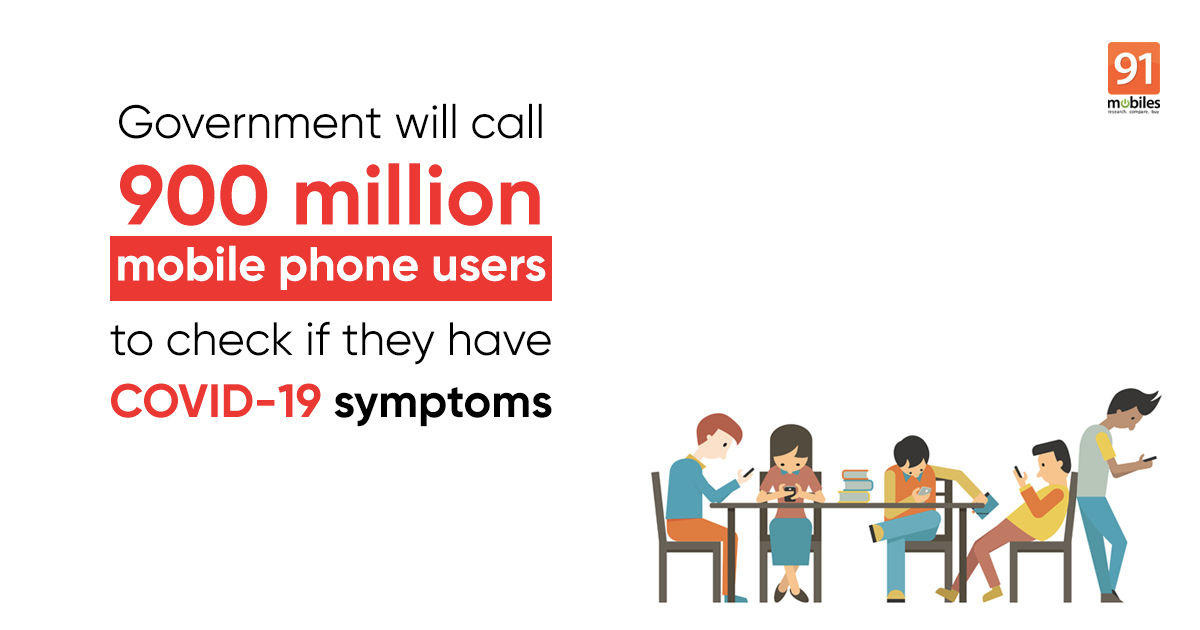 The Indian government will call nearly 900 million people across the country to check if they are exhibiting symptoms of the COVID-19 virus. This move comes as a part of the contact tracing efforts through the Aarogya Setu app, that will be pre-installed on all the upcoming phones and registration will be mandatory. The Centre is planning to partner with Bharti Airtel, Jio, Vodafone-Idea to enable calls to their subscribers, according to the top officials. Given that the coronavirus lockdown is extended until May 17th, the local authorities must ensure 100 percent coverage of the Aarogya Setu app within the containment zone residents.

The voice calls to 900 million people will be in all Indian languages and will use an Interactive Voice Response System (IVRS) from a central helpline number – 1921. It will check for symptoms and local health authorities will be alerted about those who report any, noted Abhishek Singh, CEO of MyGov. Over 75,000 calls have been made so far and the rest should be made in the coming days. Furthermore, there’s also self-assessment on the Aarogya Setu app and, based on the feedback, the medical team of Ayushman Bharat will reach out to people who have self-declared symptoms to provide medical intervention.

“All smartphone users who have not yet downloaded the application will also be getting notifications from their service providers to download it,” noted Singh. Around 80 million users have downloaded the app, which uses GPS location and Bluetooth to alerts users if they come in contact with a COVID-19 positive case. Interestingly, the app will also be available to JioPhone soon and is currently in the advanced stages of testing for KaiOS. Through this, the government hopes to reach out to 100-150 million Jio users as well. The union government has made downloading Aarogya Setu app mandatory for its employees and requires to review their ‘status’ before reaching office.

6G launch in India promised by 2024, even though 5G is yet to arrive