Daiwa D43QFS Smart TV specifications include a processor with four Cortex-A53 cores, likely developed by Amlogic. It is coupled with 1GB of RAM and 8GB of internal storage. The Smart TV runs a slightly dated version of Android TV – based on Android 8.0 Oreo. Input options on the Daiwa D43QFS Smart TV include three HDMI and two USB ports, along with Bluetooth and E-Share that enables screen mirroring. This allows users to control their Smart TV via a connected smartphone. 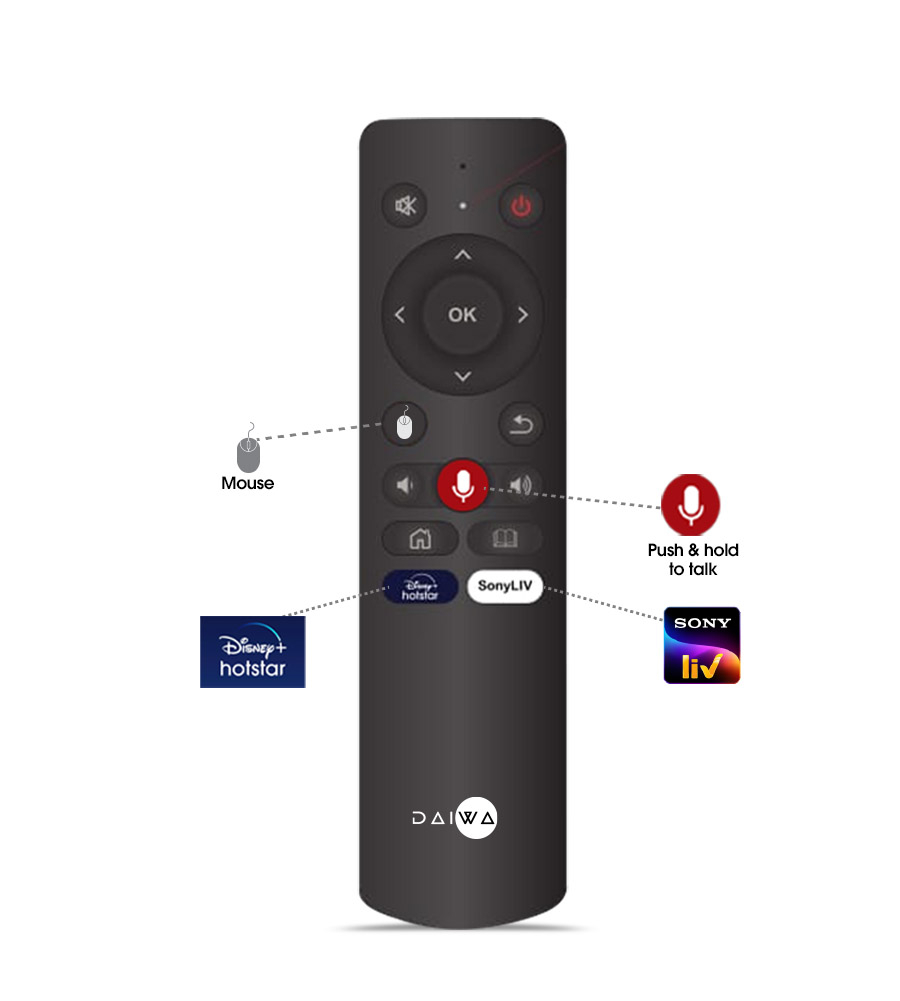 The Daiwa D43QFS Smart TV comes with the company’s in-house ‘The Big Wall’ software that is pre-loaded with over 2500000+ hours of content thanks to pre-installed apps such as Disney+ Hotstar, Sony Liv, Eros Now, Voot, Amazon Prime Video, Netflix and YouTube. Daiwa’s ‘content discovery engine’ provides a customized library of content across all available apps. The Daiwa D43QFS Smart TV comes with a 12-month warranty. Users can get an extra year of warranty on the panel by registering themselves on the ‘My Daiwa’ app.