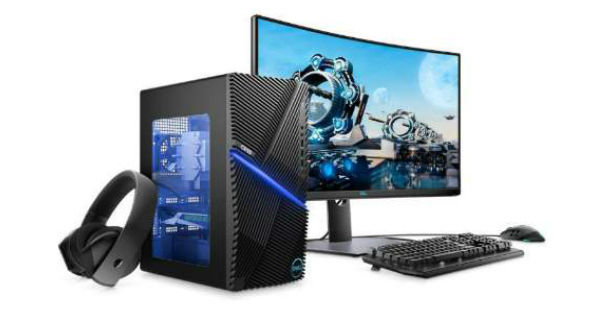 Dell G5 (5090) gaming desktop has been officially launched in India in a quest to cater to the gaming users. It comes with Blue LED lighting, an optional clear window side panel, and is portable enough to be carried anywhere. The optional 95W fan with a maximum fan speed of 4500 rpm and a flow-rate of 41.8 cubic feet per minute (CFM) keeps the machine cool even during heavy gaming. The Dell G5 gaming desktop features Killer Wi-Fi 6 AX1650 (2×2) 802.11ax Wireless, Bluetooth 5.1 and Alienware command centre software that fine-tunes game and system settings.

Anand Subramanya, Director, Product Marketing – Consumer and Small Business, Dell Technologies, India, said, “We wanted to close the year on a high note with these gaming desktops. With the new Dell G5, entry-level gamers now have an easy choice to make, without compromising on performance. Whether you are new to PC gaming or entering the professional leagues, Dell has it all.“