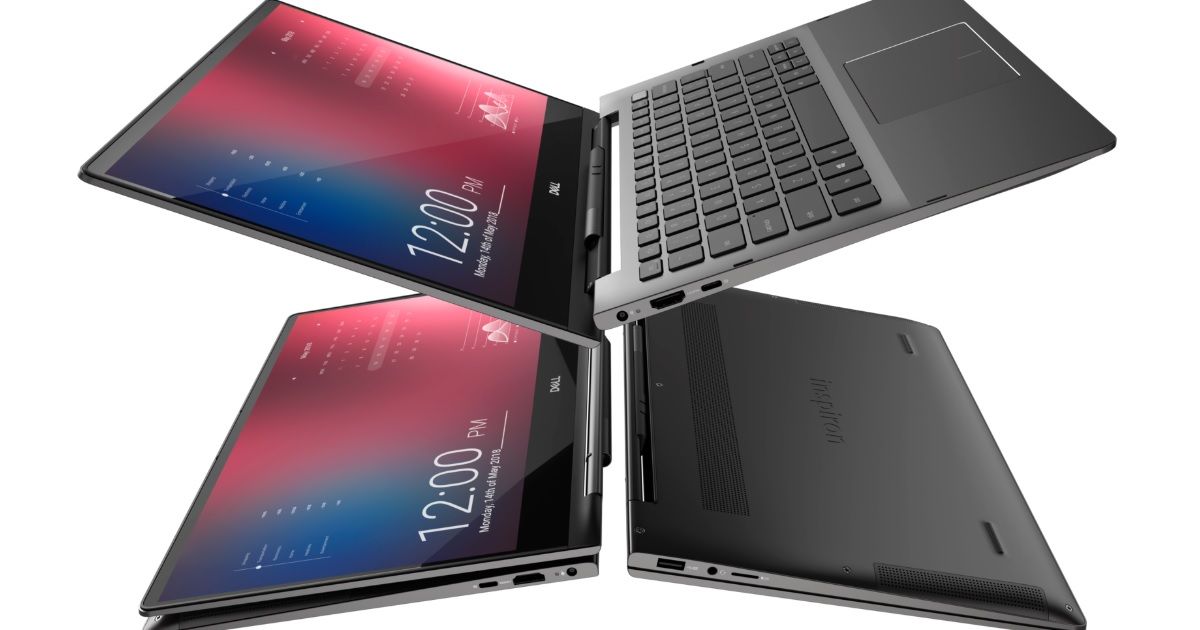 At this year’s CES, Dell introduced its slimmest and lightest 17-inch notebook called the Alienware m17. In addition, the company has also unveiled refreshed versions of the Dell XPS 13 and Inspiron 7000 series laptops. The XPS 13 is the brand’s smallest 13-inch laptop, which now sports a top-mounted 2.25mm HD webcam as compared to the bottom bezel-located camera on its predecessor. The new Inspiron 7000 series convertibles on the other hand sport a refreshed hinge design that stores a full-size Active Pen inside. Both the new XPS and 7000 series notebooks are now powered by Intel’s 8th-gen Core series processors. 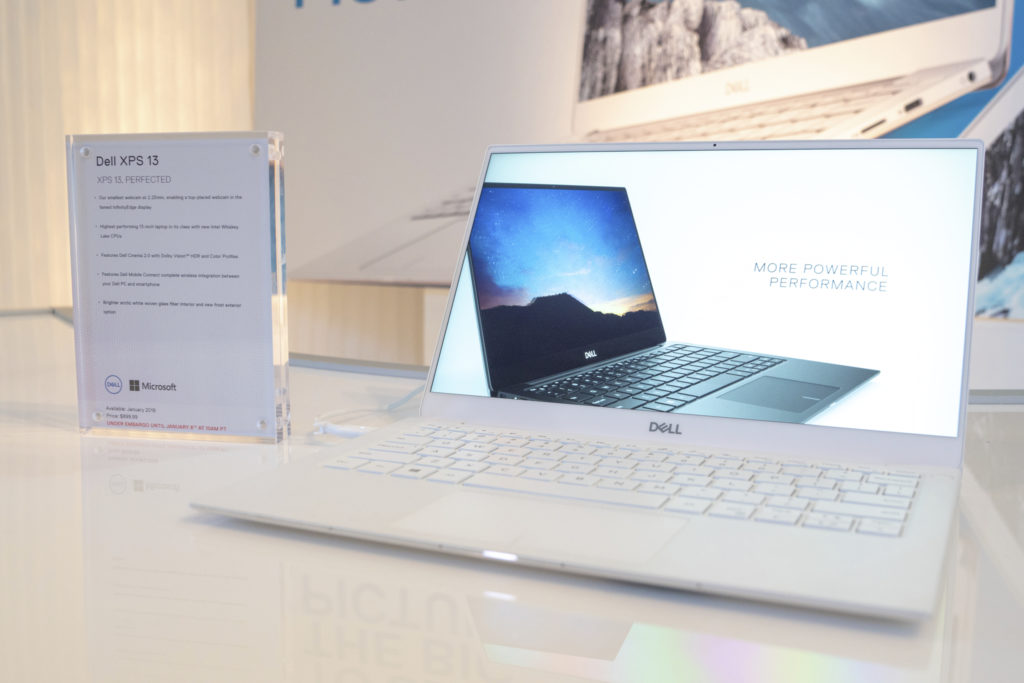 Talking about the refreshed Dell XPS 13 first, the notebook flaunts a 13.3-inch InfinityEdge display, which can be configured to offer a resolution from full HD all the way up to Ultra HD 4K. The laptop can be equipped with 8th-gen Intel Core i3, i5 or i7 processors. The device gets up to 16GB of RAM and Intel UHD Graphics 620. The base variant of the XPS 13 offers two 128GB PCIe 3 SSDs. However, depending on your budget, you can configure the device with up to four 2TB PCIe 3 SSDs. The notebook is powered by a 52Whr battery, which is rated to deliver up to 21 hours of battery life on regular usage. 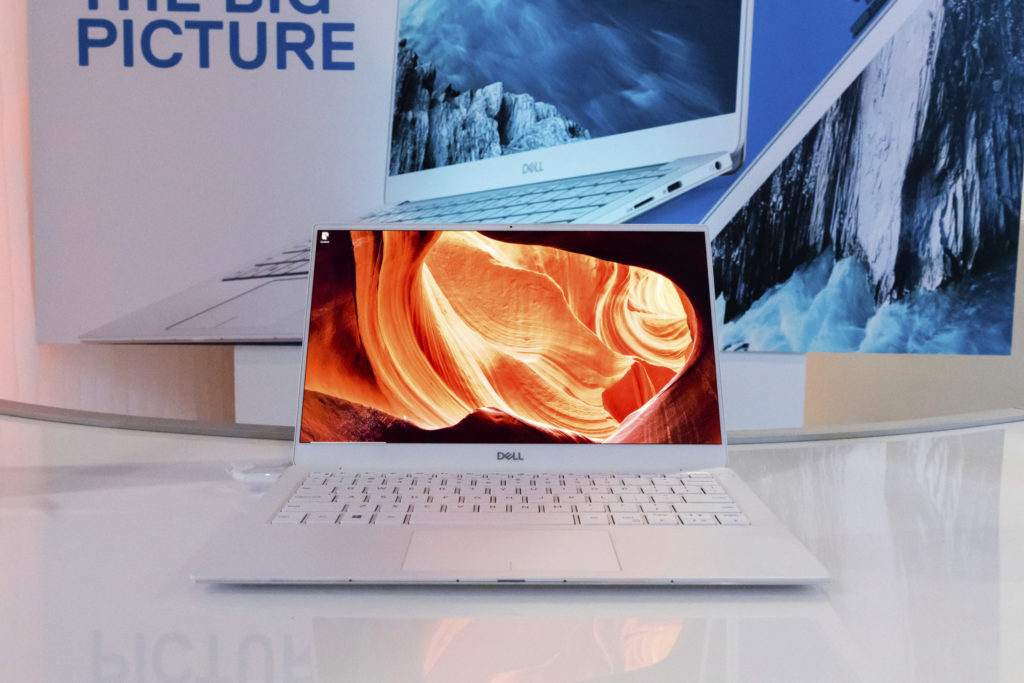 Notably, the Dell XPS 13 is being touted as the first laptop built with GORE Thermal Insulation. As per Dell, this tech provides better heat dissipation by offering thermal conductivity levels lower than air in a slim, flexible format. Connectivity-wise, you get two Thunderbolt 3 ports, a DisplayPort, a USB Type-C port, Killer 1435 Wi-Fi, Bluetooth 4.2, Miracast, a headphone socket, and a microSD card reader. The other specs include four digital array microphones, a backlit chiclet keyboard, an optional Windows Hello compliant fingerprint reader in the power button, and up to Windows 10 Pro and Ubuntu 18.04 software options. 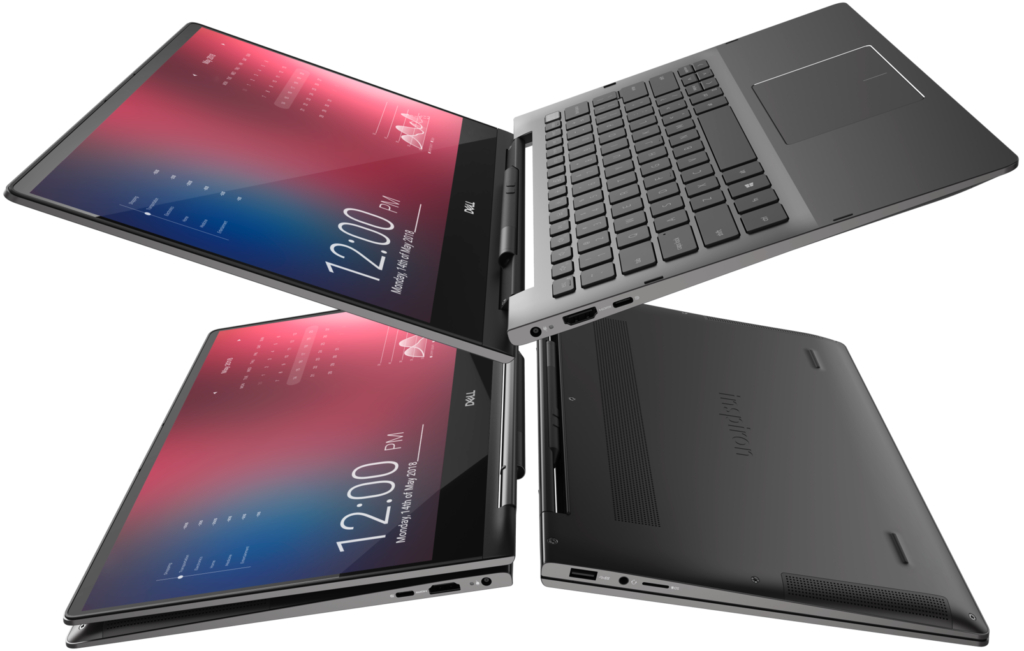 As for the new Dell Inspiron 7000 series Black Edition, the convertible is being offered in 13-inch and 15-inch size options. The new Inspiron 7000 series hybrids flaunt a first-of-a-kind garage directly in the hinge, which allows you to store the Active Pen stylus. The device is equipped with the brand’s new Adaptive Thermal technology, which is capable of adjusting the heat profile based on physical use and movement, as per Dell. The notebook also features a refreshed overall design with an aluminium body, slimmer borders, a diamond-cut finish on the click pad hinge, and a fingerprint sensor integrated into the power button.

Moving on to the pricing and availability, the new Dell XPS 13 will go on sale in February at the starting price of $899.99. The new Dell Inspiron 7000 series convertibles will be available in May 2019, but there’s no word regarding their pricing at the moment.