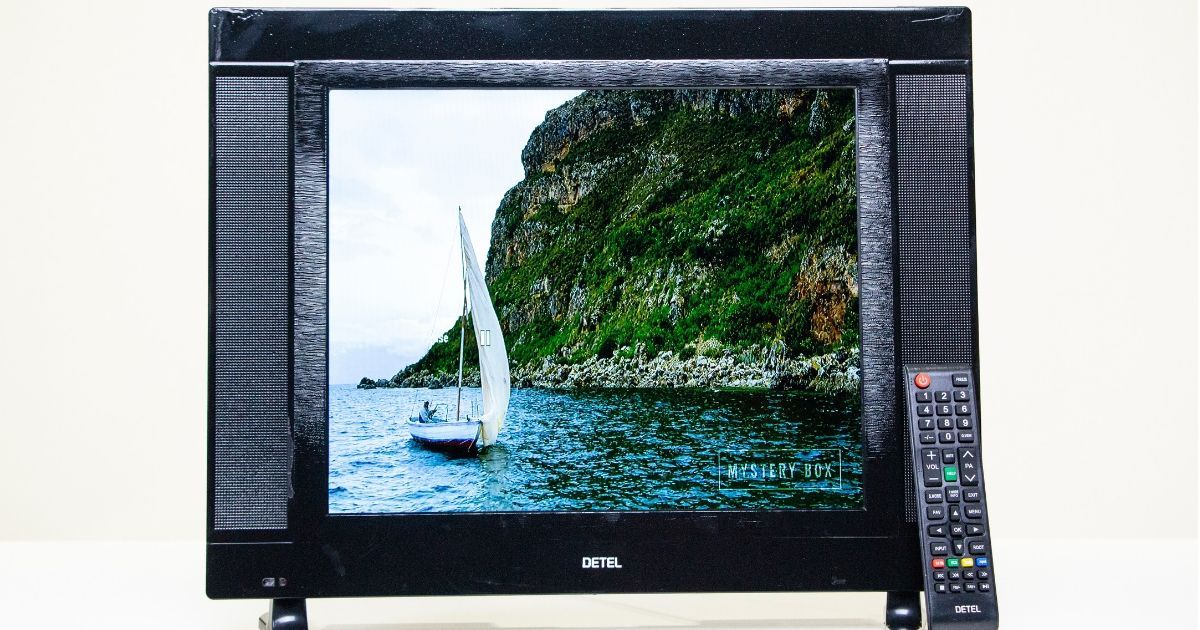 As the ICC World Cup 2019 kicks off, we as a cricket-loving nation have already started thinking of excuses we will have to offer at our workplaces so that we can watch the matches in which India is playing at the comfort of our home in front of the television. However, there’s still a large portion of the Indian populace, who rely on an AM or FM radio to catch the match live. And India-based Detel wants to reach this very audience with the launch of its latest TV. With its “Ab har ghar TV se Har Ghar World Cup” campaign, the company has launched the cheapest full HD LED TV in India. At Rs 3,699, the Detel D1 Star has turned the specs-vs-price equation on its head. But how is it to use the TV? Well, that’s what we are here to find out as we spent some time with the device. So without wasting any more time, let’s begin. 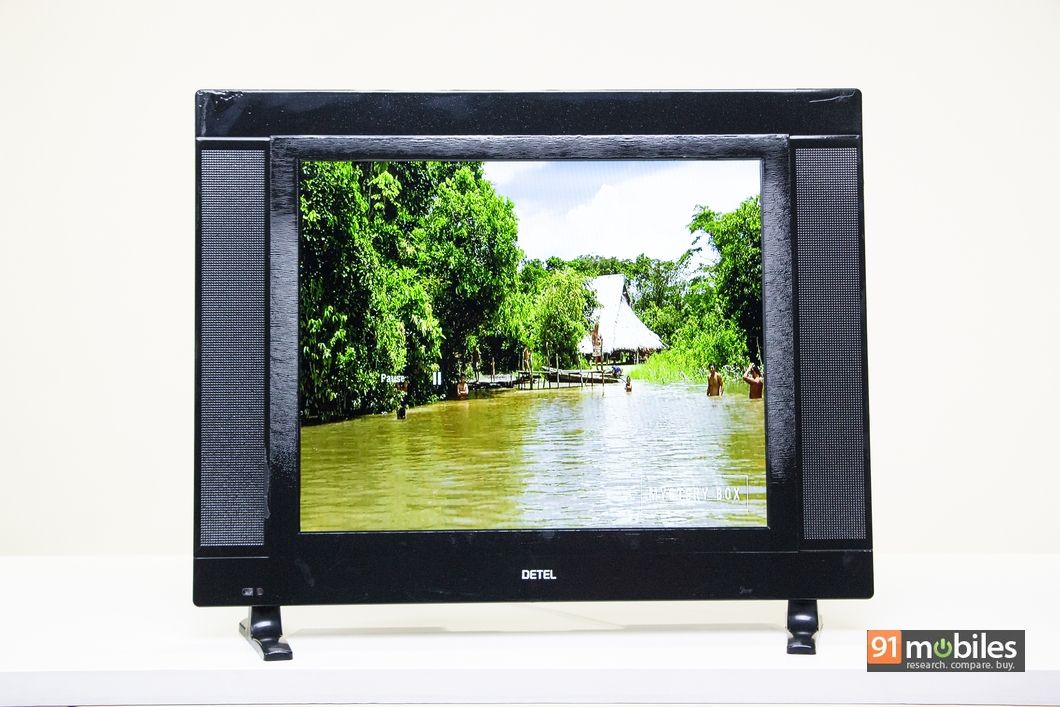 Before I start delving deeper into the first impressions, let me remind you (again) that the TV costs just Rs 3,699. The TV comes packed in a brown cardboard box, which is surprisingly compact given the size of the appliance. The packaging has the world cup graphics on it, in line with the campaign being run by the brand. Inside the box, you will get the 17-inch D1 Star, a user manual, full-sized remote control, wall mount and plastic feet. I must say that I was surprised to see the wall mount in the package considering the size of the TV and its price point. 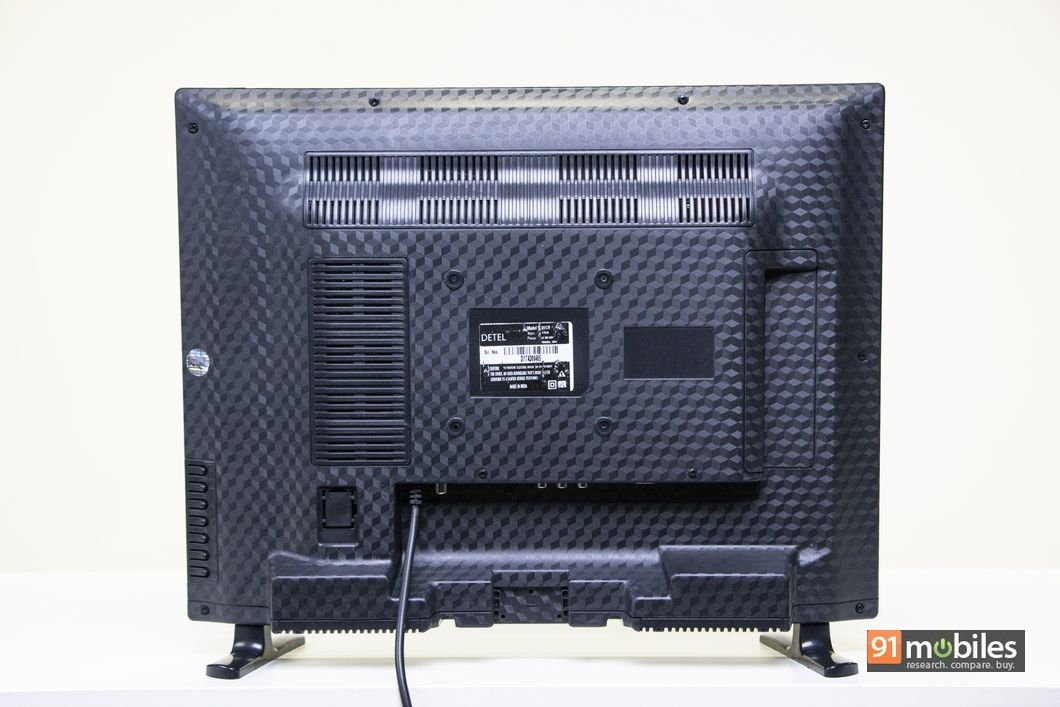 Coming to the television itself, the Detel D1 Star is not designed to appeal aesthetically. The appliance is completely clad in plastic, which I must admit looks and feels extremely tacky. However, considering its price tag, I didn’t have many expectations in this department, to begin with. On the flip side, the all-plastic body of the TV makes it extremely portable and it can be moved from place to place at will. At the back, you will find all the I/O options including HDMI, USB port, audio input, video input, VGA and RF connector. Towards the right, you will find all the physical buttons for on/off, volume, channel and menu. 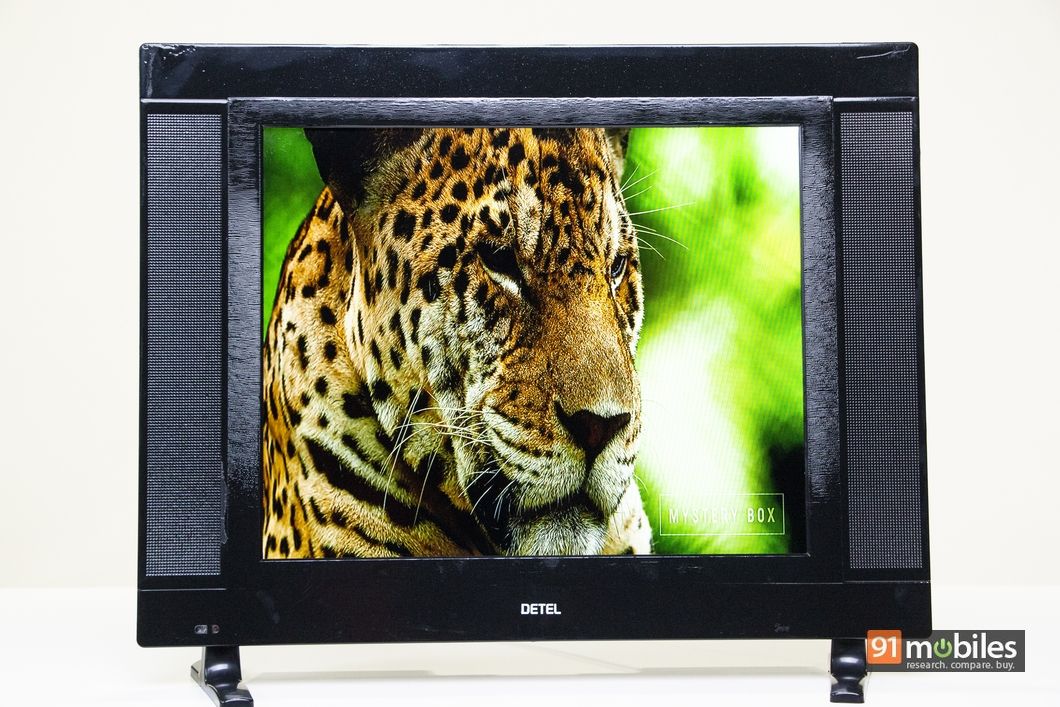 Moving to the front of the TV, the bezels surrounding the 17-inch display are massive, which takes away a little from the viewing experience. There are massive bezels on the top and bottom and 5W speakers on each side. What confuses me is that if you take off the top and bottom bezels along with speakers from the D1 Star, it still ends up with sizeable space on each side. This additional bezel that I mention has brushed finish, which does add to the aesthetics a bit. During my stint with the TV, I had it standing on the provided legs and the Detel D1 Star doesn’t buzz at all even when you nudge it, which is a good thing.

Let’s talk about the display now, the Detel D1 Star comes equipped with a rather small 17-inch LED panel. At this price point, the D1 Star is the only television to offer a resolution of 1,920 x 1,080 pixels. The visuals are crisp and sharp, though the smaller display again takes away from the viewing experience a bit. Since this isn’t a smart TV, the interface is pretty barebone and you don’t get any pre-installed software on it. The settings menu is pretty simple and you can navigate pretty much everything using the D-pad on the remote control. Speaking of the remote control, you get everything on it to operate the television easily.

In a nutshell, for its price, the Detel D1 Star gets the job done. If you are looking for a cheap TV to hook up to a satellite TV connection to catch up on the World Cup 2019 and watch an occasional movie using a pen drive, then the device does come across as a no-non sense purchase.