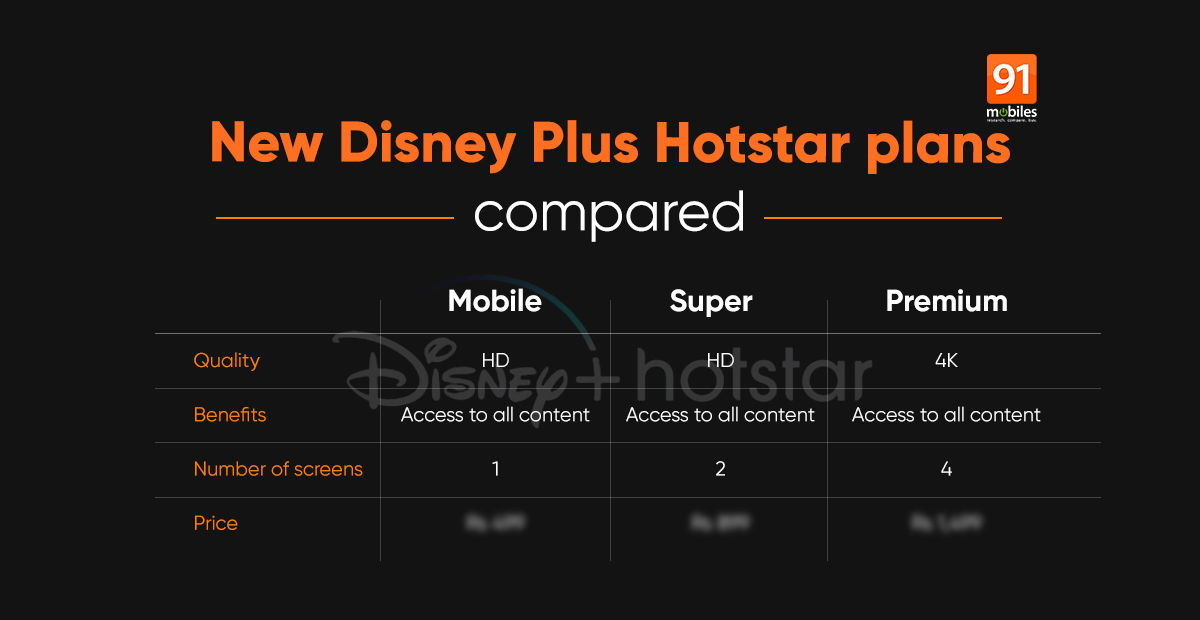 Disney Plus Hotstar made some broad changes to its plans last year, giving the same catalogue of content to all subscribers. And it is doing so by undercutting some of its rivals by quite a big margin, especially when you consider all these plans are charged per year. Here are the new Disney Plus Hotstar subscription plans prices in India:

It was a matter of when rather than if, about Disney+ Hotstar launching a dedicated Mobile plan for users in India. The country has over 600 million smartphone users, and most of these people rely on it as their primary device for many purposes, including streaming. By offering an ultra-affordable Mobile plan, the company is looking to increase its stake in the market and bringing more customers on board.

If you are looking to stream Disney Plus Hotstar content on devices other than mobile phones, then the Super plan is probably the best plan for you. It allows users to stream content on any device, including mobile, laptop, and TV. The Disney Plus Hotstar Super plan is priced in India at Rs 899 annually. Its catalogue of content includes Hotstar specials, live sports such as IPL, American TV shows, and movies, and Disney shows and movies in their original language, among other things. The plan offers content in HD quality and supports two screens simultaneously.

The last plan that will be part of the Disney Plus Hotstar new offering is Premium. For this plan, you pay Rs 299 per month or Rs 1,499 a year, and the platform gives you 4K video streaming on up to four devices at the same time. Earlier, Hotstar was offering simultaneous streaming on two devices for this price. But from September 1st, that changes for existing as well as the new customers taking the Premium plan. The content catalogue of the Disney Plus Hotstar Premium plan is the same as Super and Mobile plans. Having said that, at Rs 1,499 per year, Hotstar’s top-tier plan is still pricier than what you pay for Amazon Prime Video in the country, which is Rs 999.

So these were the new Disney Plus Hotstar new plans, prices, benefits, and more.