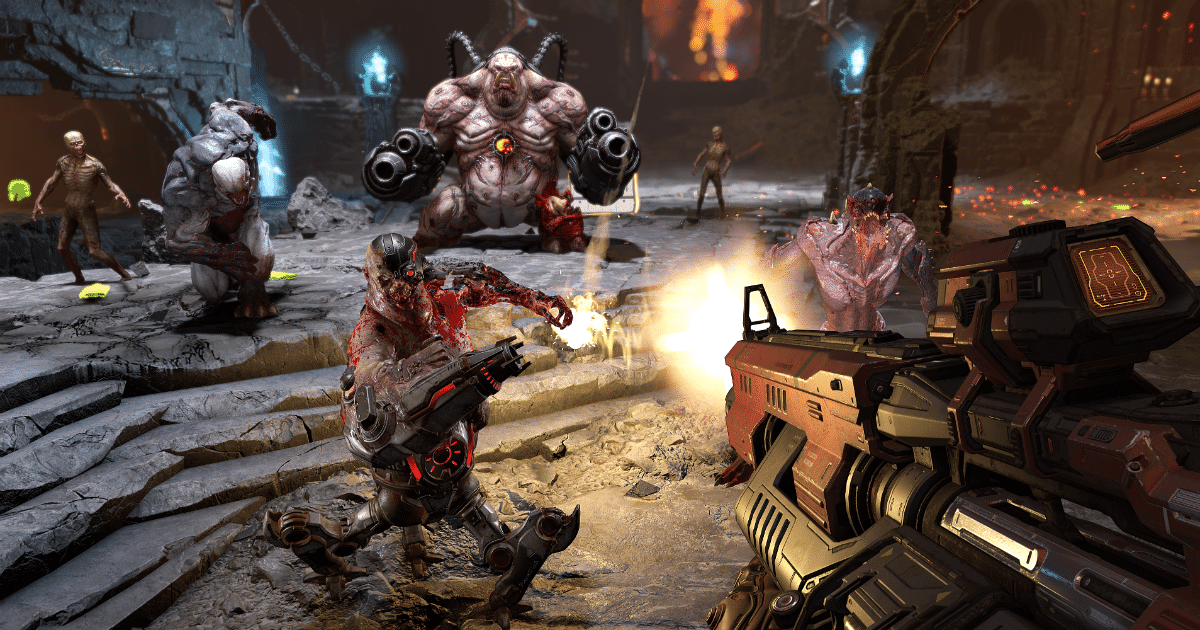 Doom Eternal for PS4, Xbox One, and Windows PC is out this week. Developer id Software is known for its attention to detail with the PC versions of its games, which should be no surprise given that the original Doom kickstarted PC gaming in a massive way. How does Doom Eternal fare when you compare it to its 2016 predecessor? We’ve spent some quality time with the Windows PC version of Doom Eternal running on an Asus TUF FX505DT budget gaming laptop to find out.

Now before we get into the intricacies of what you can expect from Doom Eternal on a budget gaming laptop, here’s some important information about the game in case you missed it.

Doom Eternal on PC is a 42GB download via Steam. The physical release of Doom Eternal PC has a code in the box that can be redeemed on publisher Bethesda’s own launcher and not Steam. It should have a similar download size.

Doom Eternal on PC is Rs 3,999 on Steam and at retail ($60 in the US). Considering how often games are discounted via sales on Steam and retailers like Amazon India, we won’t be surprised to see that price drop soon enough.

Developer id Software had released Doom Eternal’s PC specifications earlier in the month. They’re on the safer side as we soon discovered.

id refers to the maximum details for all graphics options as ‘Ultra Nightmare’. According to the studio, a PC with the following specifications will be able to run Doom Eternal at 4K 60fps or 1440p 120fps at Ultra Nightmare settings.

As per id, a PC with the following hardware should be able to achieve 1440p 60fps gameplay at High settings.

Digging into Doom Eternal’s settings, there’s a ton of details to customise. These include usual suspects like anti-aliasing and field of view (FOV) which reduces jagged edges and allows you to see more of the game world respectively.

Furthermore, there are a wealth of options like turning off the UI and heads up display (HUD) completely as well as altering the sharpness of visuals and adjusting the game’s film grain filter. And yes, minutiae like shadows, reflections, particles, lighting, and water can be tweaked too with choices including Low, Medium, High, Ultra, Nightmare, and Ultra Nightmare.

And then there’s Resolution Scaling Mode which lets you control how the Resolution Scale works. Options for this key setting are Dynamic, Off, and Static and you can read about how resolution scaling works in this handy post if you’re interested.

From the three, Dynamic appears to give the best performance, allowing us to play at a locked 60fps with a small but noticeable difference to image quality. Considering how busy Doom Eternal gets with the sheer number of enemies and special effects the game throws at you, it’s not too obvious to be a concern.

Also, there’s Resolution Scaling Target FPS. It allows you to set the frame rate you want Doom Eternal to run at, with values ranging from 60 all the way upto 1000.

All three settings allow near granular control of how Doom Eternal looks and plays. If you have a low-end PC, they would be worth experimenting with if you have a problem hitting 60fps in Doom Eternal. 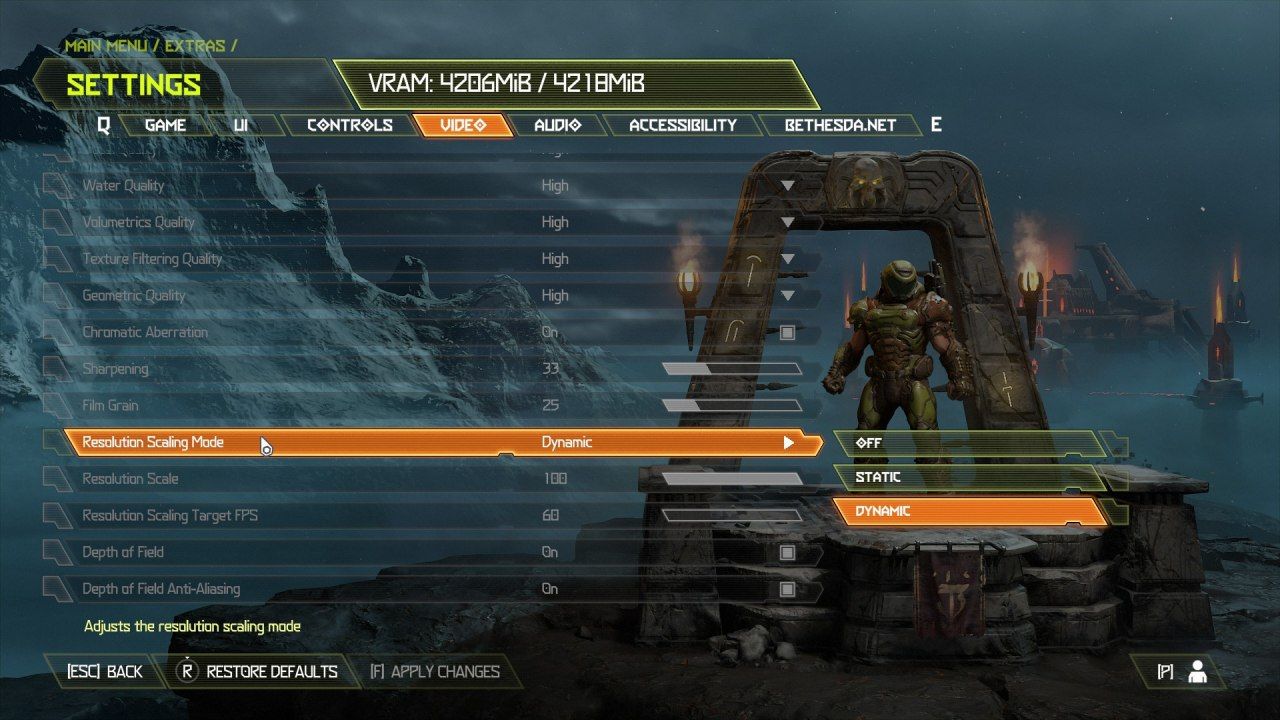 However to our surprise, the game defaulted to the High quality settings option with an FOV of 90 (the max it goes is 120) with the Resolution Scaling Mode set to Dynamic. Even in the most demanding of levels with monsters aplenty, the frame rate did not drop below 60fps, making it the ideal way to play. It’s rare to see a PC game this well-optimised and its even rarer that the default setting worked as well as it did. Not too bad considering this particular laptop model retails for around Rs. 50,000.

That said, we decided to push our luck. Increasing the FOV to 120, while giving us more detail per frame saw our frame rate drop to around 50 to 55fps. Not too shabby if you prioritise visuals over a smoother frame rate. Hiking up details like water and shadows to Ultra saw us hit around 40 to 45fps. Acceptable, but not ideal after playing it at a consistent 60fps.

Finally, we decided to switch off Resolution Scaling altogether, max out the FOV, and turn up options like lighting, reflections, shadows, and water to Nightmare. While looking visually superlative, the middling 25 to 30fps felt unplayable versus the other settings.

Doom Eternal PC – should you buy it?

There are some minor omissions worth mentioning though they’re far from dealbreakers. There’s no benchmarking tool to give you a quick estimate of what to expect. In addition to this, a resolution multiplier is missing. Games which have it allow you to play it in 4K even if you don’t have a 4K screen. This means you can force the game to render at a higher resolution and scale it down it to your screen resolution. Though its absence is understandable with id’s focus on frame rate and fluid gameplay.

Even if you don’t have the latest and greatest hardware, Doom Eternal runs like a dream on PC. In our case, we were fortunate to have it running at the best compromise of visuals and frame rate immediately. Although there are enough options to customise it to your liking and preference even if you aren’t as lucky. This alone makes it worth considering even if you can choose between playing it on a slightly older PC or consoles.