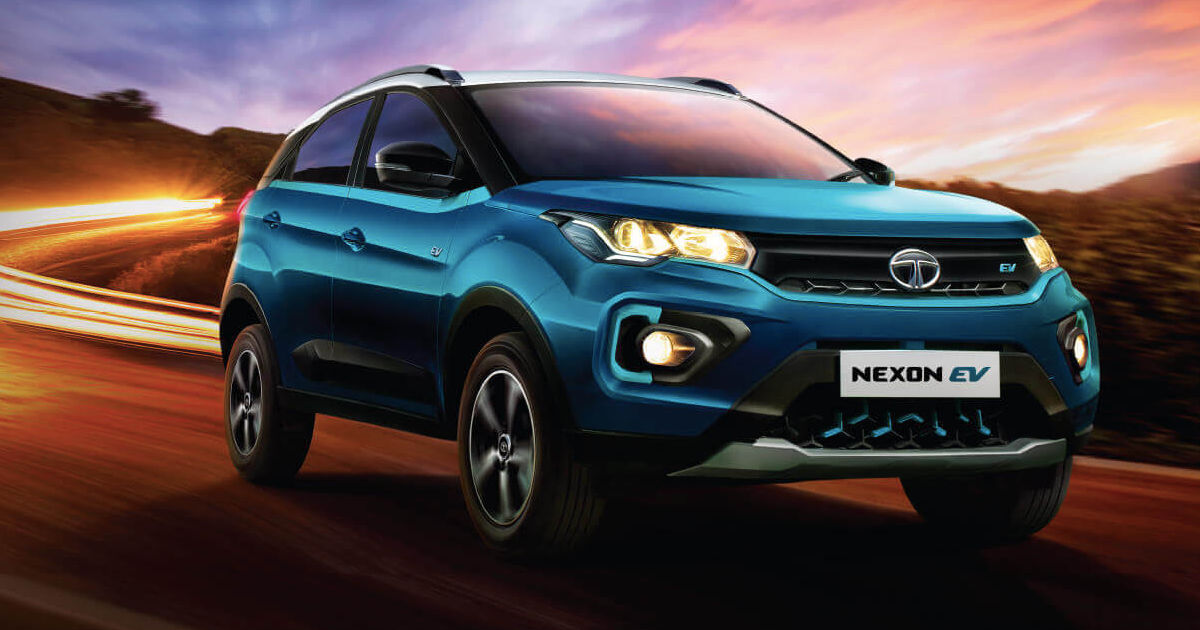 Though electric passenger vehicle sales are less than one percent of total passenger vehicle sales in India, at present, there is a strong inclination in the market towards electric vehicles. While we have seen only a few automakers enter this segment, sales figures for the first half this financial year (April-Sept) stood at 6,261 units, which surpasses EV sales of the previous financial year of 5,905 units. During the same period last year, i.e., from April 2020 to September 2020, the electric car sales figure for the Indian market stood at 1,872 units, which translates to a 234 percent increase Year-on-Year (YoY) for this year. This is a staggering number considering the preference Indian consumers still have towards gasoline-based vehicles.

Another factor that has substantially boosted the sales of electric cars has been the individual subsidies and benefits offered by State and Central Governments under the FAME II initiative. However, the electric passenger vehicle segment is still in its nascent stage in India at the moment. This segment commands less than 1 percent of total private vehicle sales in India but demand for it is certainly growing by leaps and bounds.

In the first half of this financial year, April – September 2021, total EV sales of all-electric automakers stood at 6,261 units, up 234 percent over 1,872 units sold in the April to September 2020 period. This was a difference of 4,389 units. Leaders in this segment include automakers such as Tata Motors, MG Motors, Hyundai, and Mahindra (Verito). Tata Motors has been dominating the EV space with its two models Nexon EV and Tigor EV. The company also has the Xpres T EV, however, this electric sedan is exclusively available for their fleet customers. 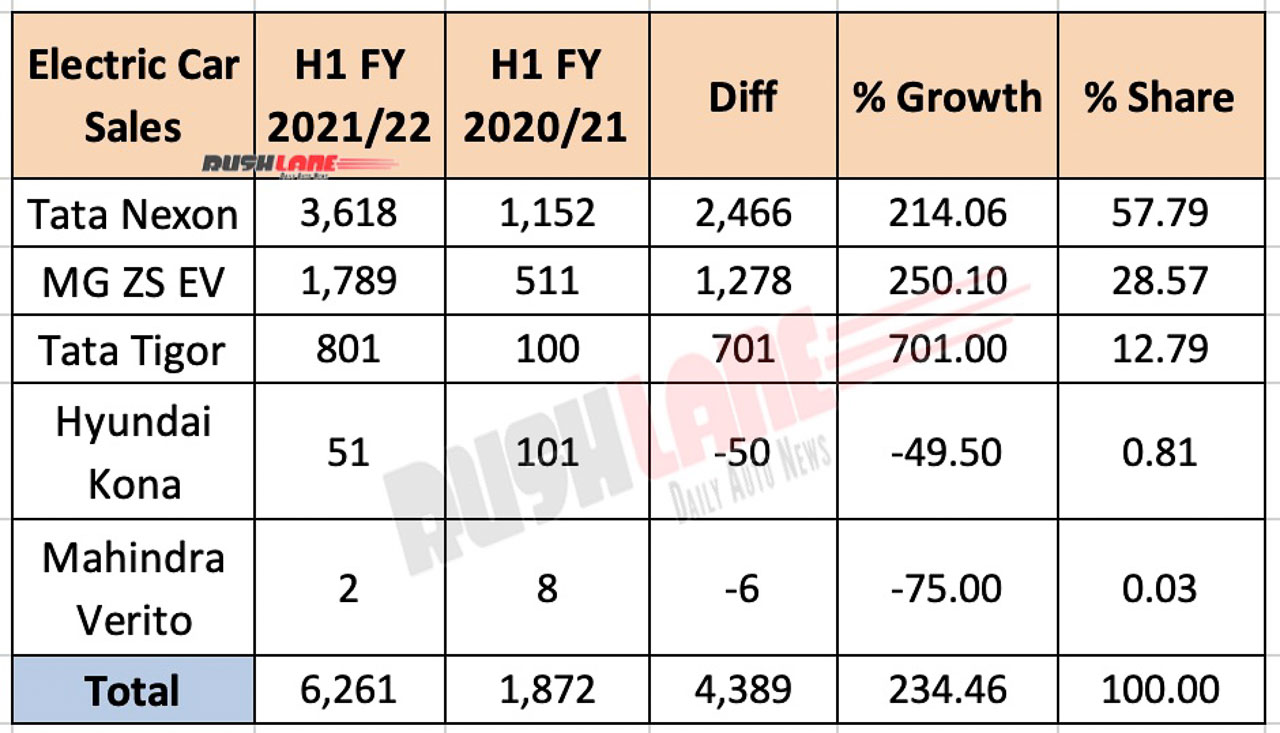 Tata Motors’ EVs have maintained the growth momentum in October 2021 with 1,586 units through three models – Nexon, Tigor, and the Xpres T EV taking its seven-month (April-October) total to 6,005 units. The company expects to surpass the 10,000 unit mark by the end of this year to set a new record in the EV segment this year. 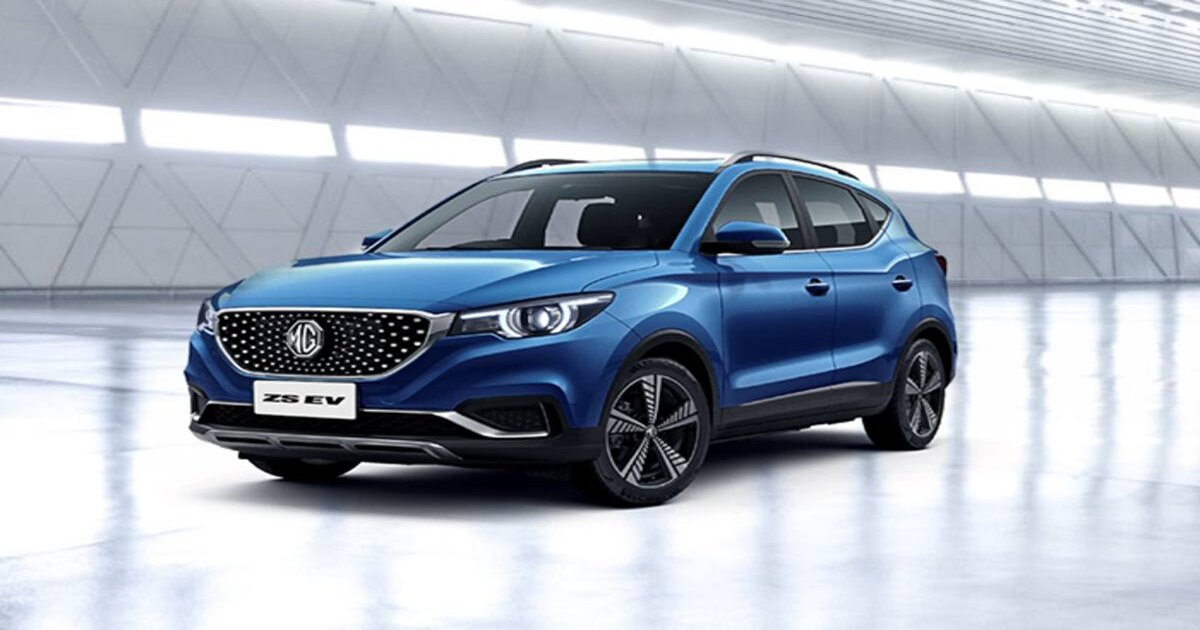 Trailing the list of electric passenger vehicles was the Mahindra Verito with just 2 units sold in the April to September 2021 period, down from 8 units sold in the same period of 2020 relating to a 75 percent reduction in sales.

Further down the line, Hyundai and Kia are also planning to launch a few EVs in the coming months, which will include a low-cost electric car as well that is currently under development. While the pace of transition from traditional vehicles to EVs is much faster in two and three-wheelers, urban India is still hesitant to plug into electric cars. Gradually with time, we hope that the mindsets of these auto enthusiasts changes, as with the ever-increasing price of fuel and the environmental degradation we are facing, EVs are the need of the hour for a better future.