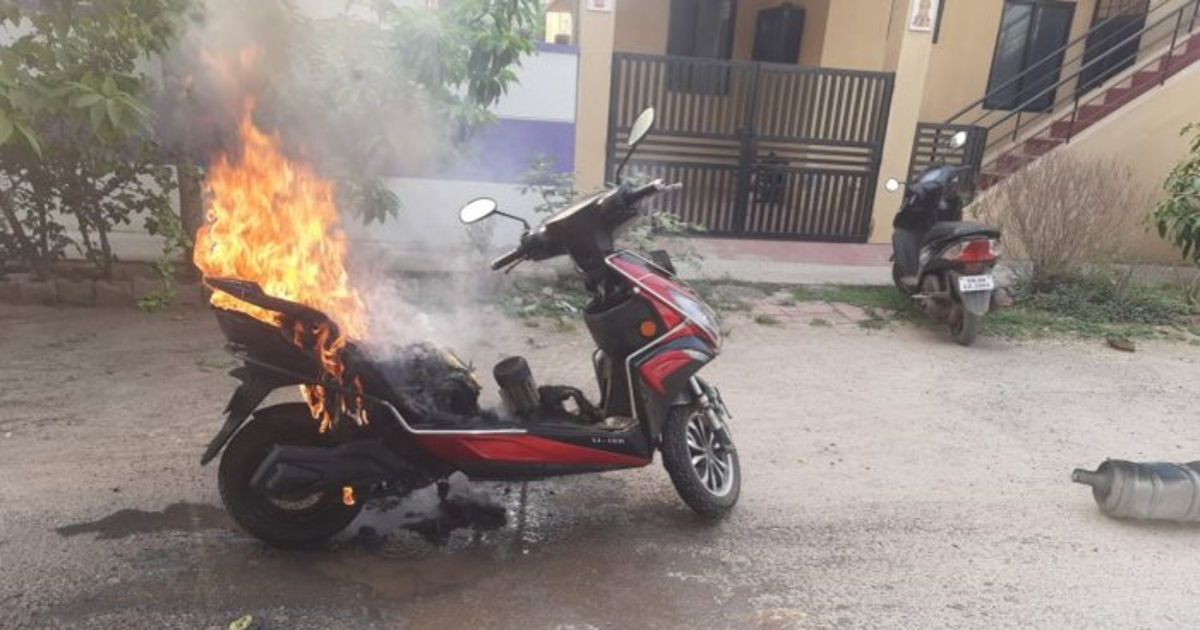 Electric scooters catching fire are slowly becoming a trend this summer in India. There is growing concern among consumers regarding the safety of EVs, with repeated incidents of scooters catching fire in recent weeks. In the span of one month, there have been close to 10 such incidents. In yet another case, a fully-electric two-wheeler went up in flame recently. The incident took place on Saturday morning in Zuzuvadi on the outskirts of Hosur in Tamil Nadu. According to the report by PTI, the owner of the electric vehicle has escaped the fire and survived without any injuries luckily.

Satheesh, the owner of the electric bike that is allegedly made by Okinawa (according to a report by the Deccan Herald), was riding from Zuzuvadi to Upkar Layout. He then observed fire coming from under the seat and immediately jumped out of the scooter, which was entirely damaged according to the police. The report mentioned the owner bought the scooter last year.

The scooter in question is the i-Praise+ and is manufactured by Okinawa, an electric vehicle manufacturer. The reason behind the fire could be scorching heat.

The series of EV fire incidents are a great cause of concern and will only negatively impact the adoption of electric vehicles. A father and daughter died due to suffocation from the smoke following the explosion of the electric bike while it was on charge. Earlier this month, a man died when a detachable battery of the electric scooter was kept for charging exploded in his house in Telangana. The company had announced that it has decided to recall 2,000 vehicles.

A series of such incidents led to Union Road Transport and Highways Minister, Nitin Gadkari recently announcing that if EV companies are found negligent will be penalised and a recall of all defective vehicles will be ordered after receiving a report from an expert panel that has been formed to inquire into the matter.