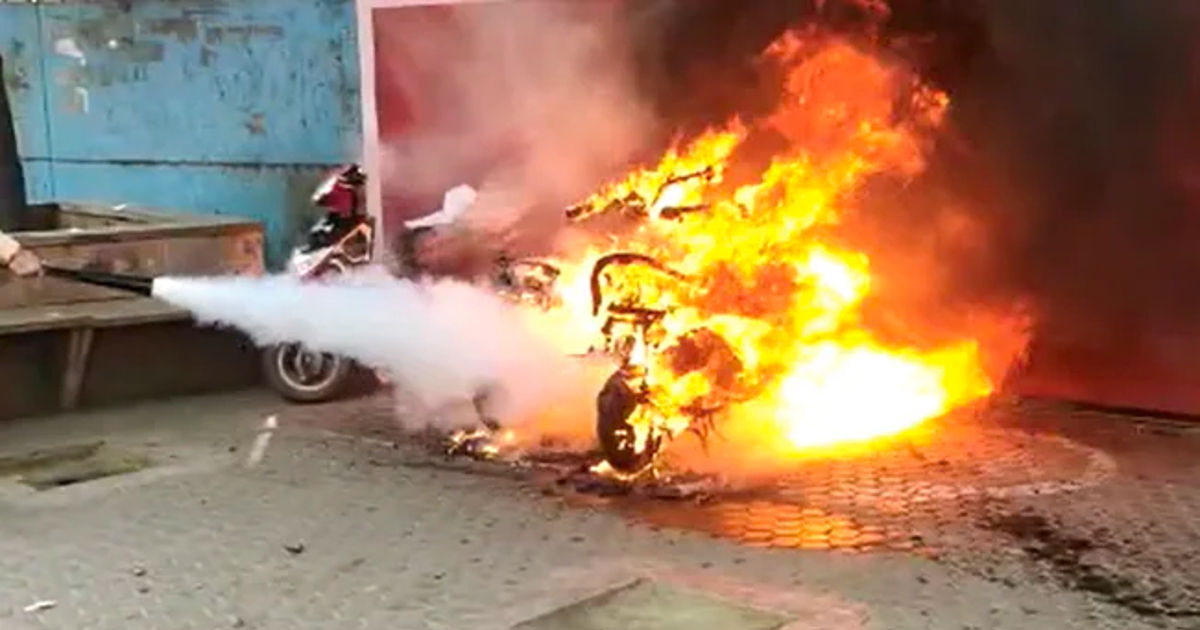 The electric scooter was charging when its battery exploded at a house in Mumbai’s Vasai (East) suburb. According to a report in the Indian Express, the explosion took place between 4:30AM and 5AM IST on September 23 in the Ram Das Nagar area. The victim, named Shabbir Ansari and his grandmother were sleeping in the hall when the incident took place.

According to the report, Ansari’s father had plugged in the battery for charging before going to bed. The boy’s parents were woken up by the loud explosion sound. While his grandmother also suffered minor injuries, Ansari sustained 70 percent burns and was rushed to the hospital, where he later succumbed to his injuries.

The police has said that it is not known as to how long the battery was charging, but the parents told reporters that the scooter was plugged in around 2:30AM the same night, which is about two hours before the battery exploded.

“We have registered a case of accidental death. So far, we have not received any complaint from the family. The scooter is a 2021 model. An investigation is on,” inspector Sampat Patil from the Manikpur police station was quoted as saying in the report. Police suspect the battery may have exploded due to overheating, but the family blamed the manufacturer for the faulty battery.

It is not known as to which make or model electric scooter the family was using, but electric scooters catching fire is something we have unfortunately seen several times in the past. Last month, in an incident in Telangana’s Secunderabad, eight people died after an electric scooter showroom caught fire. The investigation had hinted that a short circuit while charging occurred, which led to the fire.

8 dead after fire in electric scooter showroom in Secunderabad, overcharging EVs a possible cause

Earlier this year, EV startup Ather’s CEO had blamed imported battery packs for the fires. Ola, on the other hand, is bringing a new battery technology to curb EV fires in India.