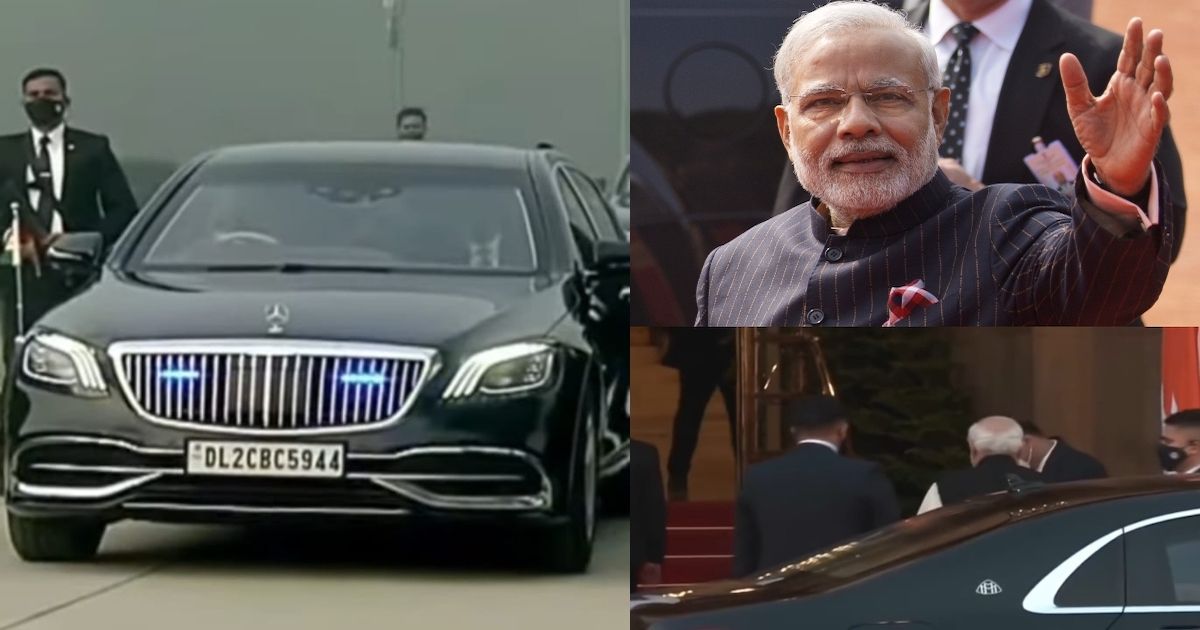 The Prime Minister’s Office in India is looking to upgrade its current ride to an electric alternative and is possibly looking into its options at the moment. The PMO in India currently utilises a top-of-the-line fully armoured Mercedes Benz Maybach S650 Guard for the Prime Minister’s commute, and rumours are rife that the PMO is looking to replace it with a brand new armoured Mercedes EQS luxury EV SUV. 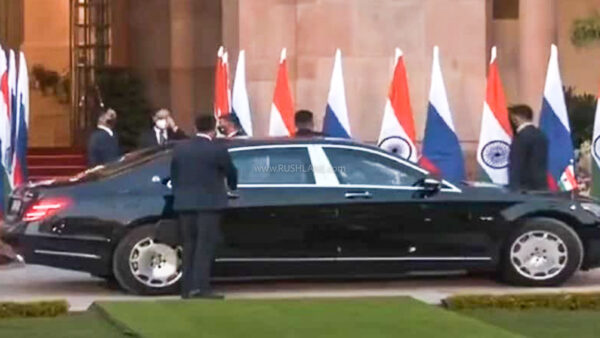 The Prime Minister is in talks to replace his current gas-guzzling behemoth with something more nature-friendly. A natural choice hence is an electric vehicle that could also help set an example for the Indian citizens to consider evolving to more eco-friendly electrified mobility solutions in the near future.

PM Modi’s current official vehicle is a Mercedes Benz Maybach S650 Guard that joined the fleet in 2021. The vehicle is certified to provide VR10 level protection, which means that the car could sustain through bullets from an AK47 assault rifle, a blast of 15 kg TNT from a distance of just 2m, and also protect its occupants from bio weaponry. This is achieved by toughened glass and body shell, underbody protection, and a separate air supply system. PM Modi’s Maybach costs around Rs 12 crore and weighs a hefty six tonnes (over 5,400 kg).

In the past, Prime Minister Modi has been seen going around in a highly protected armoured Toyota Land Cruiser 200 series as well as a specially commissioned high-security Range Rover Vogue. Both of these SUVs are highly capable and command high respect.

A befitting alternative not only needs to match up with the level of protection and luxury the S650 offers but must also better it in terms of new-age technology and future-proofing. The new Mercedes Benz EQS, an electrified alternative to the fabled Mercedes S Class, could serve as a good base to start off with for the Indian PM. A truly premium luxury EV is still not available, and the likes of newer brands like Lucid and Tesla are not going to make the cut when it comes to a choice of national importance.

Moreover, the Prime Minister’s love for SUVs could also mean that the all-new Mercedes Benz EQS SUV could also be on the cards. The EQS EV SUV is based on the EQS sedan platform and aims to offer an S-class grade luxury packaged in high riding SUV body style. PM Modi, in the past, has travelled in an armoured Mahindra Scorpio as well as the official Land Cruiser and Range Rover vehicles. The EQS SUV could hence fit the bill and would grant the Prime Minister a commanding road presence, high ground clearance and good visibility. PM Modi has been seen enjoying his ride in the front seat of his vehicles in the past as well.

The new EV should also be vastly upgraded over the standard car to achieve the necessary grade of protection and still be agile enough to make any necessary getaways if need be. Weight is going to play an important aspect, as most other components would need to be upgraded to haul the gigantic mass. For numbers, a standard Mercedes S600 weighs in at 2.8 tons while an armoured S600 Guard weighs 5.5 tons. The S650 Guard currently in PMO’s fleet is sure to tip the scale even higher. Electric vehicles are generally heavier than ICE-powered cars, thanks to the massive battery packs that are required for the range.