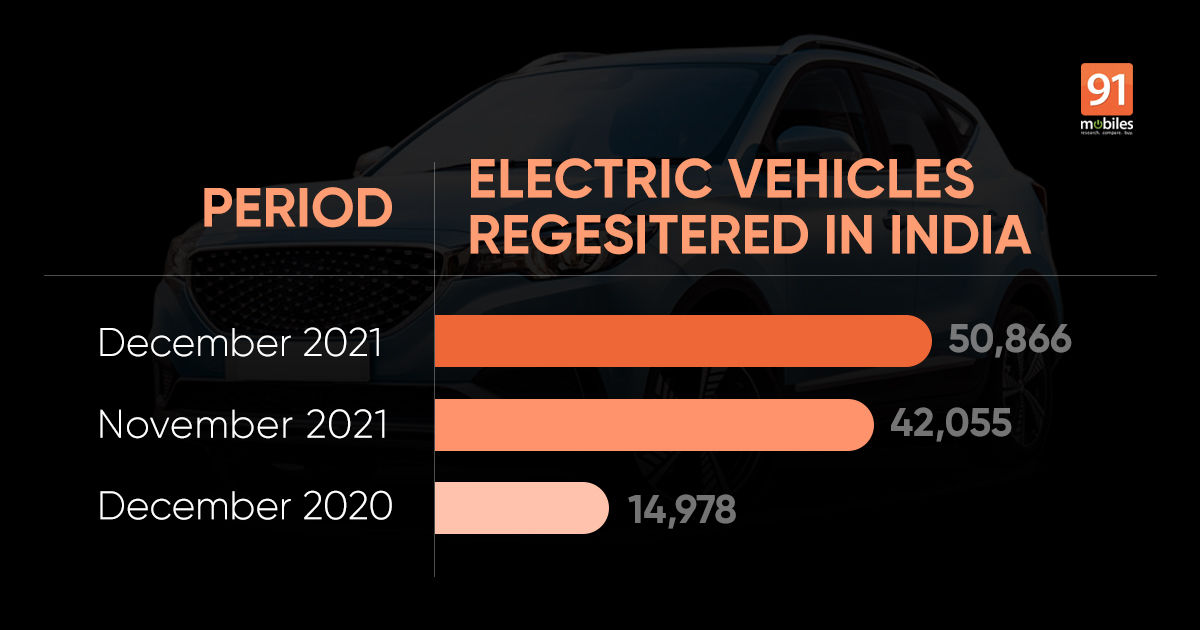 We all know that the EV segment in India is picking up the pace. With rising prices of petrol and diesel and new EVs coming at relatively affordable prices, the number of people buying an EV is now at an all-time high. As per a recent report from JMK Research, the electric vehicle segment in India registered a 240 percent year-on-year growth in December 2021 in terms of sales. Meanwhile, the EV segment recorded a 21 percent growth over the preceding month.

In December 2021, 24,725 units of electric two-wheelers were sold in India, recording a 10 percent month-on-month growth and a year-on-year increment of 444 percent. Meanwhile, 23,373 units of three-wheeler electric vehicles, including passenger and cargo-type, were registered in India last month. As far as electric cars are concerned, a total of 2,522 units were sold in December 2021, with Tata Motors taking the lead.