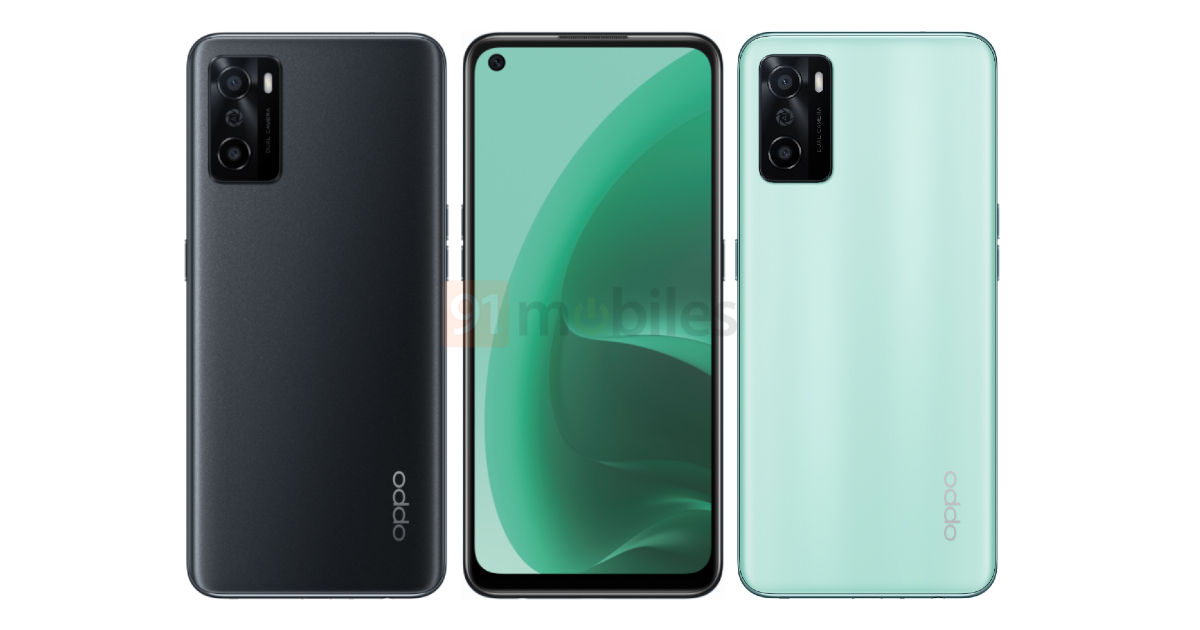 OPPO seems to be working on a new budget offering dubbed as the OPPO A55s and is expected to debut soon in various markets. Though we’re hearing bits and pieces of information about the phone, the design hasn’t leaked on the internet yet. To fill the void today, 91mobiles exclusively brings you the render of the OPPO A55s that clearly shows the entire design of the phone, courtesy of industry sources. The handset can be seen in Black and Green colour options. Since it’s a budget offering, it doesn’t come with a fingerprint sensor, instead, users will have to rely on a pin/pattern-based authentication.

The OPPO A55s has a punch-hole cutout on the top-left corner to house the selfie snapper. The top bezel houses a microphone. The power button is on the right, while the volume rockers are on the left. On the back, there is a rectangular module to house dual cameras with LED flash and there’s a dummy cutout with AI engraving. There is an OPPO logo as well. As said, the phone can be seen in Green and Black colours. 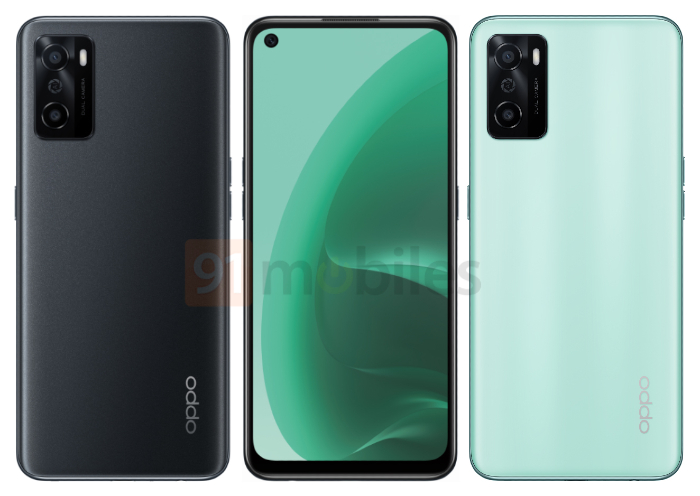 OPPO A55s had appeared on Geekbench with the model number CPH2309. It has managed to score 510 and 1592 in Geekbench’s single-core and multi-core tests, respectively. The listing revealed it would come with Android 11 OS based ColorOS 11 on top and 4GB RAM, but there could be other options at launch. The OPPO A55s is said to be powered by the Qualcomm ‘holi’, which could be associated with the Snapdragon 480+. Besides Geekbench, the phone has also been listed on Bluetooth SIG with two model numbers – A102OP and CPH2309. The listing shows it will have Bluetooth 5.1 connectivity. It was also spotted on the FCC, which showed it will come in a Black colour option and have support for four 5G bands at least, including are n3/ n28/ n77/ n78.