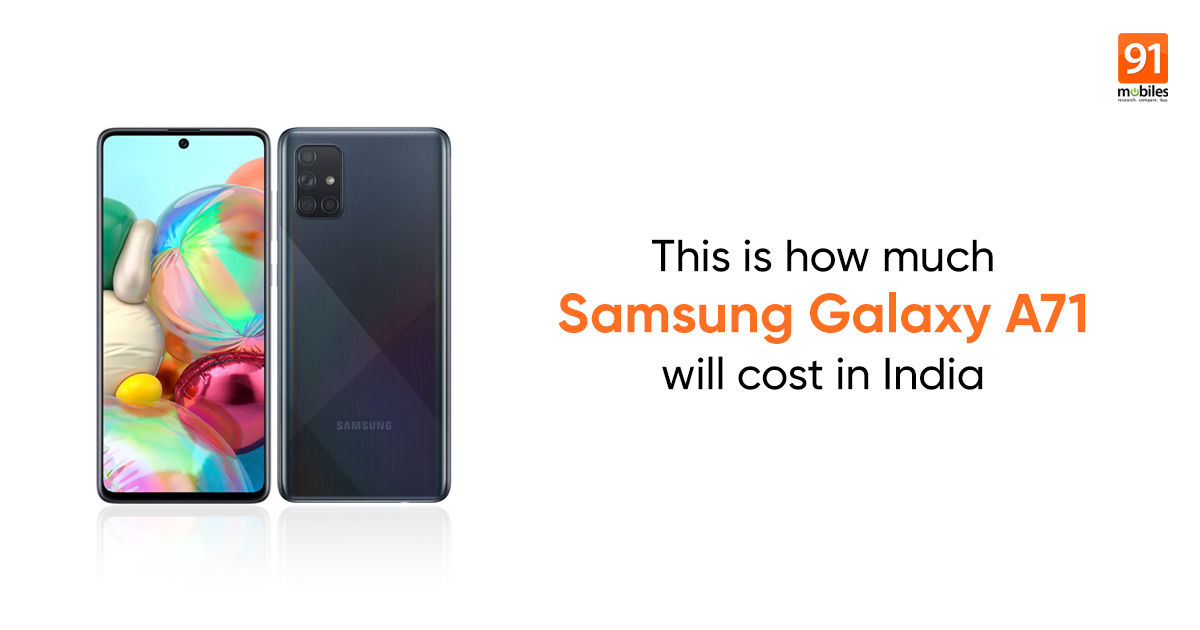 “Samsung Galaxy A71 features a centred punch-hole cutout that houses the selfie camera.”

Samsung Galaxy A71 is expected to be made official by the company just a few hours from now but 91mobiles has now received information from retail sources that suggests that the South Korean brand has confirmed the pricing of the handset for the offline market. In line with the pricing we reported exclusively earlier, the 8GB + 128GB variant of the Galaxy A71 will be retailing on the offline stores for Rs 29,999, as you can see in the screenshot shared below. Although the screenshot doesn’t reveal the availability details regarding the handset, as the official launch is expected later today, we will likely get these details in just a short while from now. 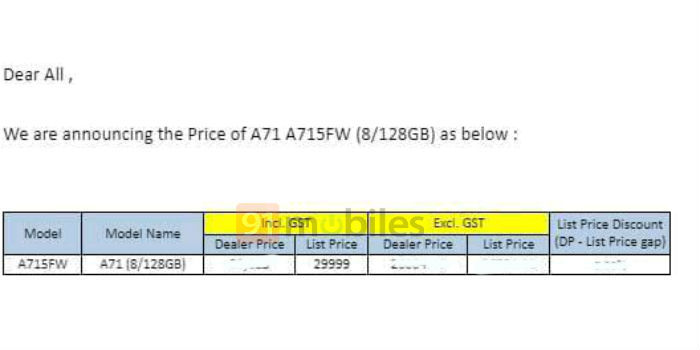 Coming to the specifications, just like the Galaxy A51, Samsung Galaxy A71 also comes with a centred punch-hole cutout that houses the selfie camera. The handset sports a massive 6.7-inch FHD+ Super AMOLED screen that should be a delight for those who like to consume their multimedia content on phones or like playing games. The Galaxy A71 is fuelled by a 2.2GHz octa-core processor paired with up to 8GB of RAM and 128GB built-in storage, which can be further expanded via microSD card. The handset will be offered in Prism Crush Black, Silver, Blue, and Pink colour options.

If we talk about optics, the Samsung Galaxy A71 will offer a 64MP primary sensor, a 5MP depth sensor, a 5MP macro lens, and a 12MP wide-angle lens at the back. For selfies and video calling, there is a 32MP camera at the front. The handset is expected to come with a 4,500mAh battery that supports 25W fast charging. Coming to the software, the Samsung Galaxy A71 runs on Android 10 with One UI 2.0 on top.