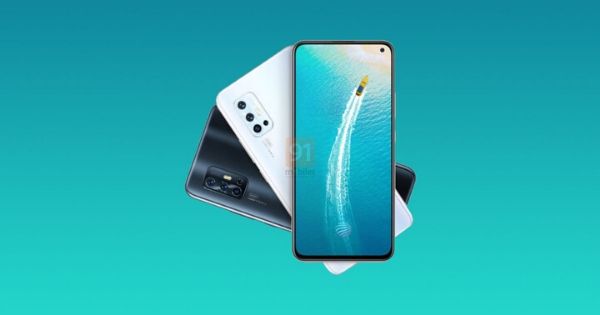 The official offline poster for the upcoming Vivo smartphone has just leaked online. Although Vivo didn’t reveal the name of the phone in a recent teaser, the poster confirms that the device will be called the V17 in India. The Chinese smartphone maker has already released the phone in Russia, but as we reported earlier, the Indian variant will look different. We shared an exclusive leak recently showing that the Vivo V17 in India will have an L-shaped rear camera module. The variant launched in Russia gets a diamond-shaped camera module located in the centre.

The variant that Vivo launched in Russia has a water-drop notch, while in India, the phone will get a punch-hole display. Moving on, the Indian variant will also have a slightly bigger display owing to the punch-hole cutout. The Vivo V17 will come wit ha 6.44-inch FHD+ OLED iView Display that offers a 91.38 percent screen-to-body ratio. It will also feature an in-display fingerprint scanner. The phone will be powered by the Snapdragon 675 chipset coupled with 8GB RAM and 128GB storage.

The quad-rear camera setup will consist of a primary 48-megapixel sensor, an 8-megapixel sensor, and dual 2-megapixel units. On the front, the phone is expected to have a 32-megapixel sensor. As per our source, the phone will feature a 4,500mAh battery with 18W fast charging. The Vivo V17 will be launched on December 9th in India and we expect it to be priced around Rs 20,000. It should be available in two colour options – Glacier Ice and Midnight Ocean.