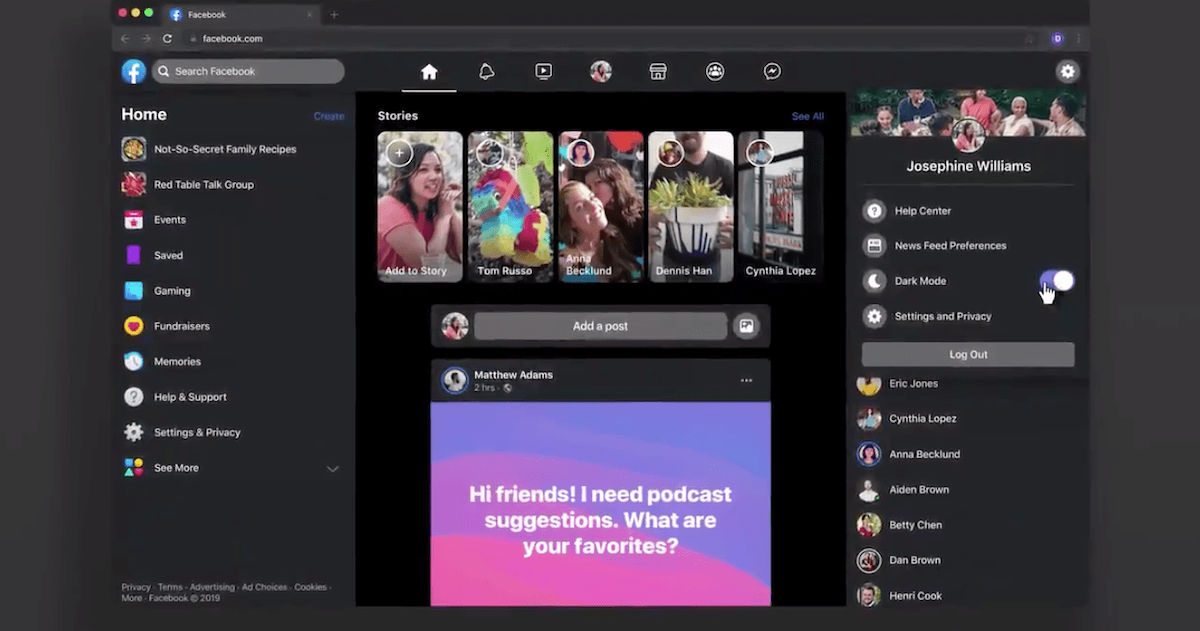 Facebook had teased a redesigned interface of its web interface with a lighter design, navigation changes and more back in April 2019. However, back then, it didn’t reveal the rollout timeline. Now, Facebook has finally confirmed that the new Facebook web interface will be coming in Spring or sometime around March. The social media giant had been testing the new design with a select few users and has been collecting feedback for a widespread release. The prompt to switch to the new interface is flashing for the beta testers, and as CNET notes, there will also be an option to revert back to the old design.

Facebook’s new, redesigned web interface brings the much-awaited dark mode. Users will have the option to easily switch between light mode and dark mode, but it is unclear whether the feature will automatically enable if, for example, your macOS device is on dark mode.  The new interface keeps the timeline at the centre and has moved home, notifications, Watch, profile, market place, friends and Messenger shortcuts to the top. The group shortcuts, Events, saved links, Gaming, settings and more are placed on the left of the home screen. While the chat sidebar is on the right spine.

Facebook is yet to roll out Dark mode for its mobile application, and this is surprising considering Messenger and Instagram already have the support. Unfortunately, Facebook hasn’t made any comments on when it would roll out the Dark Mode for mobile, but we hope it wouldn’t be too far away. For now, the waiting game continues.