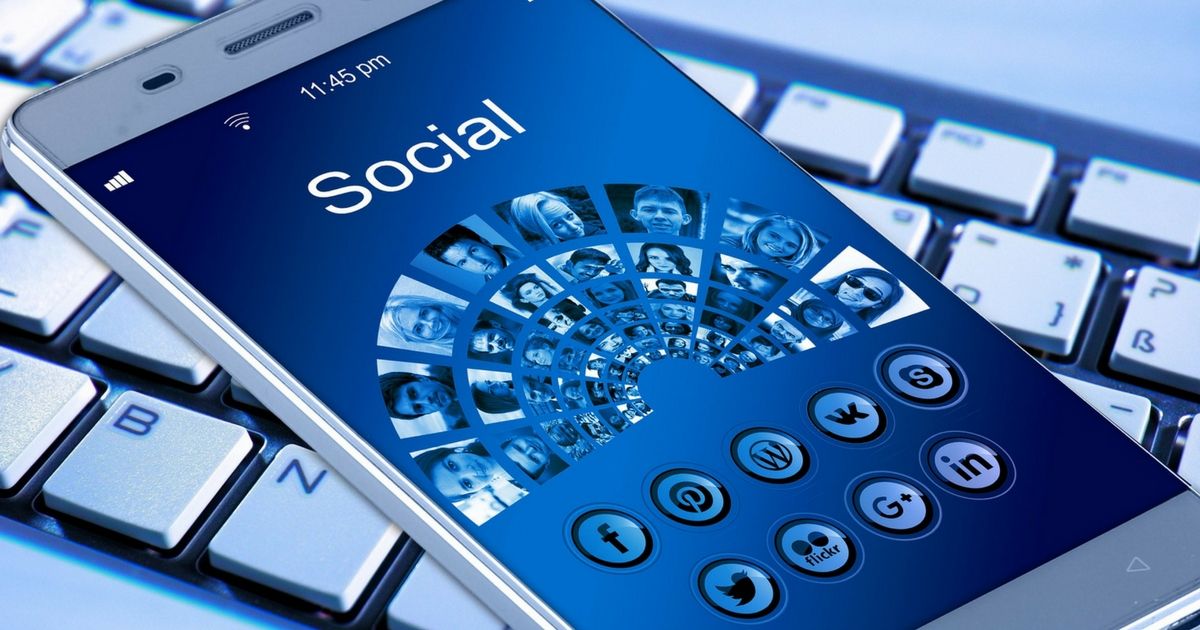 FaceApp’s developers have found out that success often leads to controversy — when people started warning that the viral app was uploading your photos to their servers.

Here’s what happened: FaceApp, which takes your photo and applies filters to it, first went viral a couple of years ago. And it’s back, thanks to a new filter that ages you, letting you see what you’d look like in your sunset years. You must have seen it — we reckon everyone on planet earth has by now seen at least a dozen social media posts by their friends showing off what they’d look like as old people. 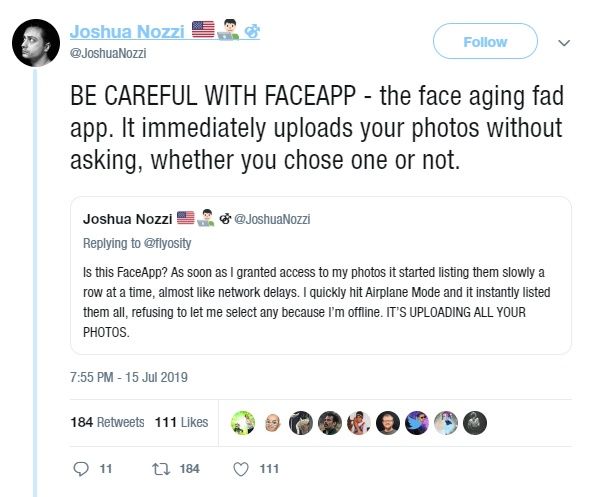 What happened then was that software developer Joshua Nozzi sent out a tweet (now deleted) warning that FaceApp was uploading photos from your device — without asking you — to its servers. Others, as you’d expect from Twitter, immediately piled on, with some people rather worked up over the fact FaceApp’s developers are in Russia. The US and Russia not being the best of pals at this moment, this just added fuel to the fire. Never one to let a good controversy go by, politicians (in the US) have jumped on to the bandwagon, asking for a review of the app.

But it was all a mistake

Joshua, whose initial tweet was perhaps what led to the furore, now says he was mistaken. In a very-rare-on-the-Internet display of humility, he even wrote a blog post apologising for his mistake — he admits having jumped the gun. Joshua has even linked to work by French security researcher ‘@fs0c131y‘, who claims the only photo uploaded is the one on which you want the old-age filter:

So, no harm, we guess. It’s like nearly every other social media app? In a nutshell yes. And that’s the problem as it raises an important question…

What happens to your photos on social media?

No one ever reads a license agreement. All those apps you use, the games you play, and the websites you sign on, you never read the Terms of Service. They’re all rambling pieces of text, filled with legalese, and who wants the headache? But you see, we should be reading this. Because, whether it’s FaceApp, or Facebook, or Instagram, or Twitter, or even TikTok, you’re giving away the rights to your photos.

That’s right — a perpetual, transferable license to use your content (that includes photos) as they see fit. They can even create new content based on it (or as they call them, derivative works), and they have the right to reuse and sell it further without paying you a single paisa.

Read further, and you’ll see they can even use your photos for advertising, and may retain user-generated content even after the user deletes it. 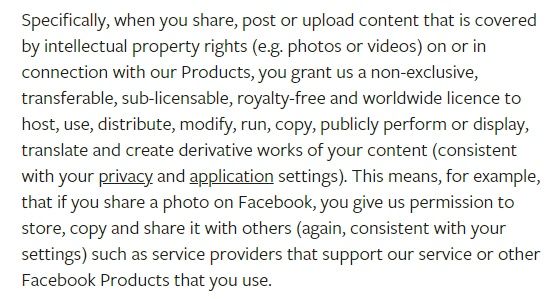 Pretty much the same, isn’t it? And, yes, they can use your profile photo for advertising…

Tik-Tok? They’re also in on the rights grab!

Honestly, everyone has a similar set of Terms of Service

Nearly every cloud / multi-user / online app you use will have a similar set of rules. Not just because they can make their own rules (you can stop using Facebook, but will you do so?), but because it’s probably required for them to avoid any legal hassles in putting your content on other users’ feeds. And of course, it’s a great way to get advertising / promotional material.

Depends. We’d certainly advise against using apps from unknown developers, but given Facebook’s allegedly shady track record, can you trust even well-known brands? Well, we can only suggest you not to post extremely personal pictures on such social platforms as it isn’t just the fact that their terms of services are confounding, but the fact that privacy breaches and scandals like Cambridge Analytica or Google+’ data leak aren’t that uncommon. While one can hope that such services can be regulated so as to such things don’t happen at first place, but till then, it’s ultimately you who has to take precautions.

Clubhouse has a rival in Fireside, a Made in India app by the makers of Chingari