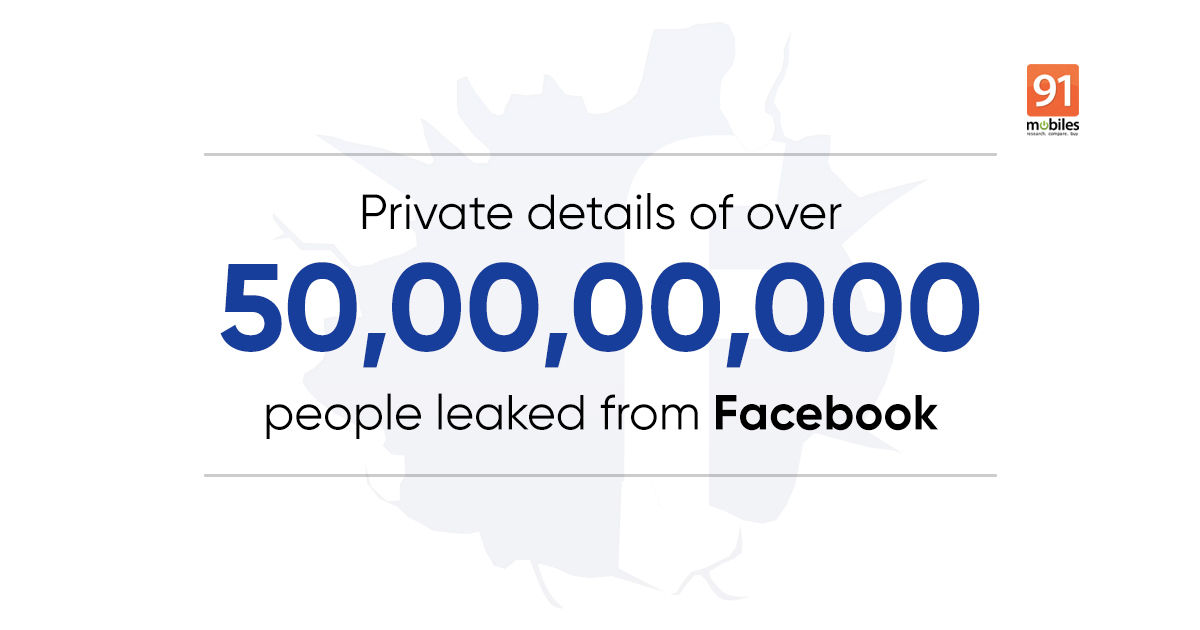 According to a security researcher, the personal data of over 500 million Facebook users has been leaked online. But the scary part is, the data of these users can be found online for free. According to a report by Business Insider, the details of users include their date of birth, mobile numbers, Facebook IDs, and more. But more importantly, if you have ever used a mobile number as the login method for your Facebook account, chances are you need to stay vigilant to possible spam SMSs that could try to steal your personal information for account access.

According to Alon Gal, co-founder, cybercrime intelligence firm, Hudson Rock, quoted in the Reuters report, this is the same database that has been floated in the hacker circuit since January and was first highlighted by tech publication Motherboard.

As per the report, confidential data of 533 million Facebook users from 106 countries have leaked online for free. It includes data of over 6 million Indian Facebook users. Insider managed to review a sample of the leaked data and could verify some of the records.

But if you go by Facebook’s statement, this data is ‘very old’ and the social networking giant claims to have fixed the issue in August 2019 itself. This could still put millions of users in danger as cybercriminals can use the information to impersonate them or demand a ransom.

Either way, Alon Gal urges all Facebook users to be alert of any possible attack on their social account in the coming months, using the data which was part of the leaked database. It would also be wise to change your Facebook password in case you haven’t in recent months.

Facebook has faced intense scrutiny over its handling of a trove of user data. Cambridge Analytica exposed the social networking giant and its methods of securing data. The company has been repeatedly questioned by the US Congress Committee for its lapses in tackling the issue.