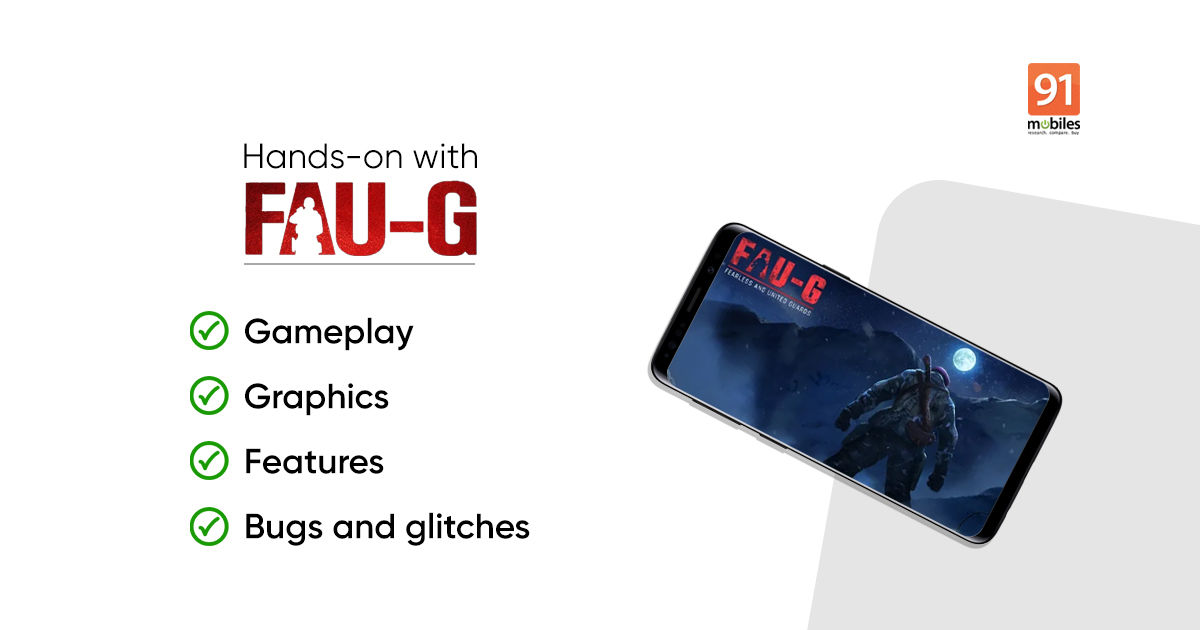 Indian game developer nCore Games finally released the much-awaited FAUG game for download on Android while the iOS version will come out at a later stage. Set in the backdrop of the infamous Galwan Valley attack and riding on a wave of anti-China sentiments, FAUG was announced as an Indian-made title celebrating the heroics of the Indian army. The name FAUG was being considered as an Indian take on PUBG Mobile after the latter was banned in the country. However, nCore had clarified in an earlier interview that the developer has no intention of making a clone to the popular battle royale game. Now, on 26th January, I finally got my hands on the game, and here are my first impressions of the game mechanics, storyline, and what the future of FAUG looks like.

FAUG is a third-person action RPG title with a size of 500MB and I played it on the OnePlus 8 Pro for a good graphical experience. On the main menu for the game, you will see three options which are Campaign, 5V5 Team Deathmatch, and Free for all. Currently, you can only play the Campaign while the other two modes are said to be coming soon. The onset of the story begins with a cinematic segment of stranded Indian soldiers of the FAU-G unit in Galwan Valley after an ambush in the night by unknown assailants (most likely Chinese troops, but it is not mentioned). We play as a soldier most likely from the Sikh regiment whose objective is to make his way towards his team while engaging in hand-to-hand combats with the enemy. The campaign’s tutorial makes us familiar with the game’s mechanics, movement options, and environment interaction. Talking about the settings, there are only options to change your graphics, audio, and sensitivity.

I played the game on the Ultra graphics settings to get take in the full scope of the game’s visual capabilities. From the initial trailer I saw back in December, I was no very impressed with how the game looked. Now with the game in my hand, my opinion has somewhat changed. Textures and detail in the environment are quite good while the frame rate is also set at a healthy 60fps. The virtual joystick for movement and the button for combat are both very responsive. There is no overall jittering in the gameplay when looking around the world. Dialogues can be heard crisply over the combat and weapons can be picked up just by walking over them. One big thing for people to know is that there will be no gun combat of any kind, at least for the amount of campaign I’ve played. The only combat objects that can be picked up appear to be a barbed-wire club and a metal pipe with a knife attached at one end.

Let’s also talk gameplay for a moment. The initial stage of the campaign was quite easy. You just keep pressing the combat button to deliver a barrage of kicks, punches, and combos on incoming enemies. The combat is not very developed, which is something that can be expected from a mobile game. When more than two or three soldiers are attacking you at the same time, it is difficult to switch who to throw your punches at. While initially, I was able to breeze past a couple of stages, there does come a point when nearly 7-8 enemy troops are attacking you simultaneously making it very hard to get past the level. There is also no option for adjusting the difficulty as of now. On top of that, there is a fixed timer in which you have to get past each level that and quite a few times it didn’t pan out to be sufficient.

Initial launches of games are not free of bugs and I did encounter a few. Sometimes defeated enemy troops stay suspended in the air for 5-6 seconds. Entering a nearby tent while engaged in combat can make the enemy forget that you are even there. Dialogue delivered by the player at regular intervals is tied to each checkpoint in the level. This means if you go back to a previous checkpoint the player will again repeat older dialogues. There is no bloodshed or graphic violence in the game instead the damage to enemy soldiers is shown as points being deducted from their health after each hit. Your own health and stamina are present at the top-left and you can replenish it by sitting next to a fire which is present at nearly all combat locations. The game follows a linear movement with objective markers showing where the player has to go next.

From what I could make out, FAUG is definitely not anything like PUBG and it is clear that it does not want to do that either. The gameplay focuses on hand-to-hand combat with the enemy and there are a couple of glitches here and there. I’m guessing the total time to beat the game would be about 2-3 hours after which the title will hold no meaning. At least until the 5V5 Team Deathmatch and Free for all modes are not introduced, the FAUG campaign will force you on a monotonous journey of battling the same kind of enemy troops. Stay tuned for a full review of the game. You can watch some of the gameplay footage in the link below.