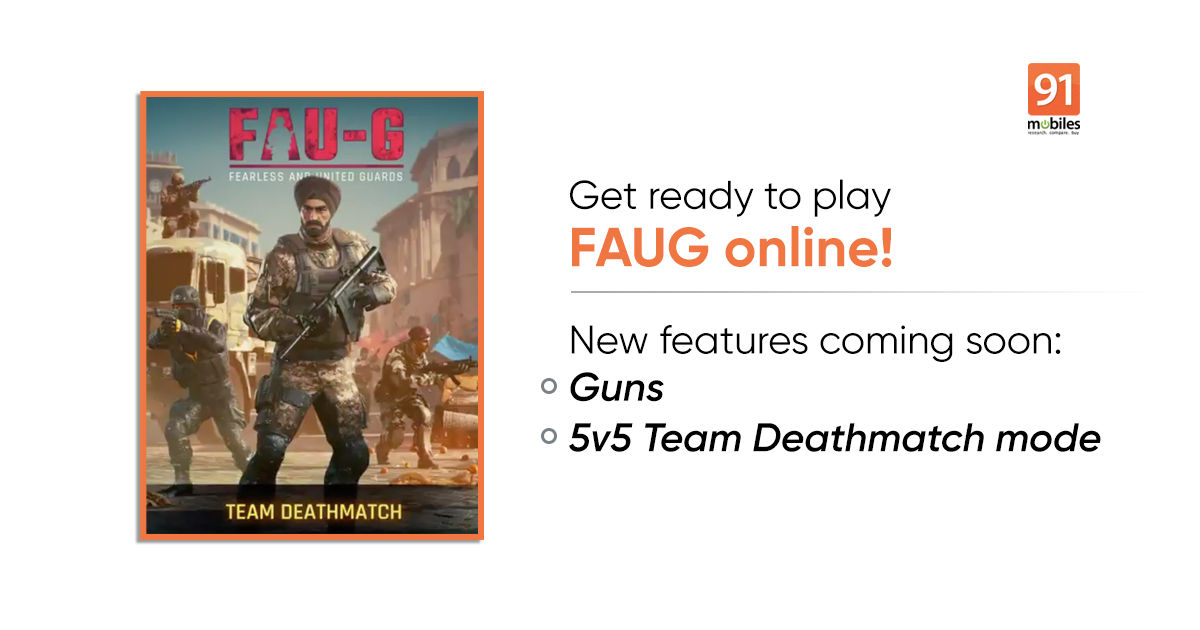 FAUG multiplayer mode is on the way, the company announced on Twitter, though a concrete release date has not been revealed officially. The FAUG multiplayer mode will be called Team Deathmatch and will be a 5 vs 5 mode that allows up to 10 people to play against each other. With five players on each team, this will be the first time that users will be able to play against each other in the game. nCore Games, the studio behind FAUG, had previously announced that it will launch a multiplayer mode but there was no indication that an official announcement would happen less than a month after the game was launched.

The FAUG app already lists the Team Deathmatch multiplayer mode in its menu, but it isn’t accessible to players right now, obviously. The online multiplayer mode could help the app fill the gap that the ban on PUBG in India has left considering the immense popularity of the battle royale game. At the moment, FAUG only has a campaign mode — that our team could finish in less than 30 minutes — which can get a little boring after a while.

As the game has only showcased hand-to-hand combat till now, it will be interesting to see how the shooting mechanics work in FAUG and whether the developers will be incorporating complex aspects such as bullet drop and recoil or just stick to the basic point and shoot strategy. We might not have to wait for long to find out, so stay tuned in.