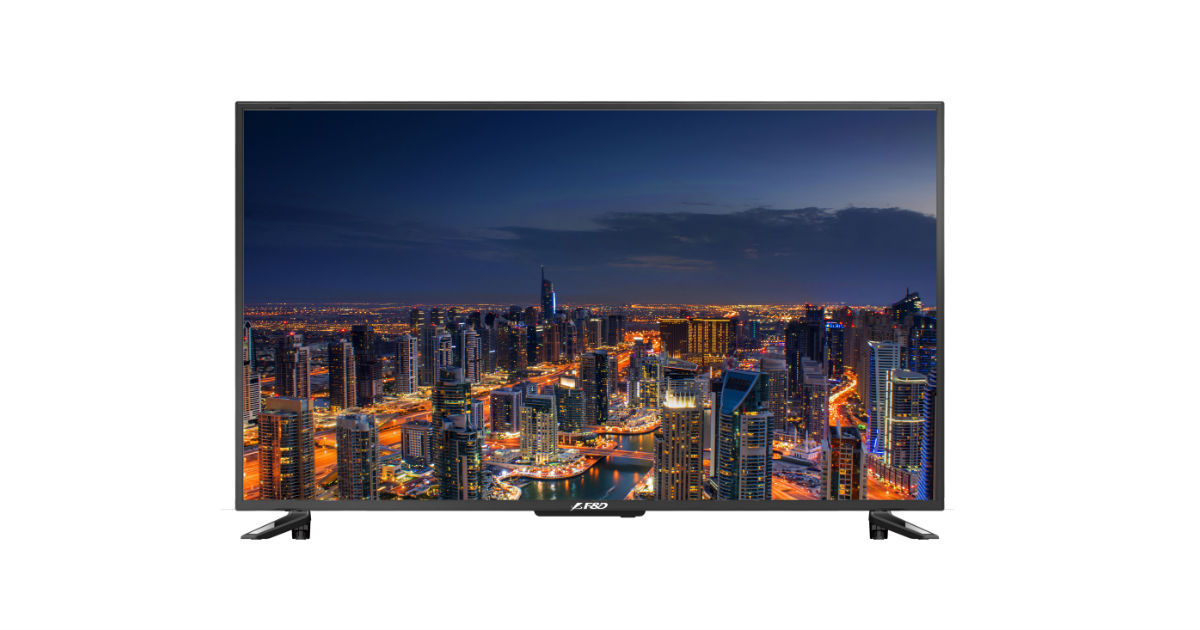 “This is the F&D brand’s first foray into the realm of televisions, diverting from its well-established name in the audio industry”

Audio brand F&D has diverted off the well trodden path and entered the realm of televisions. The company has launched its first-ever television, named the F&D FLT-4302SHG, which has a 43-inch LED panel and offers full-HD screen resolution. In the launch statement, the television has peak brightness rating of 310 nits. Other specifications include two 8W ‘box’ speakers to deliver stereo audio, while the firmware runs on Android TV v7.0, with Netflix and Hotstar apps preinstalled.

In terms of connectivity, the F&D FLT-4302SHG includes Wi-Fi and LAN connectivity, along with two USB-A ports and three HDMI ports. The TV also includes 8GB of native storage, and 1GB of RAM. F&D also states that the television’s display comes with toughened glass on the outside and is priced at Rs 49,990. The company has stated that the TV will be sold via both online and offline retail channels. And while it probably will be sold online in popular e-commerce channels as well, there has been no mention of sites through which it will be sold.

The new F&D television joins the fray amidst a booming smart TV market in India, with models priced in budget ranges bringing smart connectivity and high resolution display panels. There has been an increasing amount of demand for Android TV as well as proprietary internet-enabled TV systems, buoyed by the increasing demand for streaming services. The likes of Netflix and Hotstar are simultaneously focusing more on localised content, adding a factor of relatability to on-demand movies and TV show services.

Furthermore, the advent of highly affordable internet connectivity thanks to the likes of Jio has advanced the need for affordable television sets with internet connectivity. This has also led to the rise of streaming services such as Zee5, Viu and the likes, which are gradually rolling out with the intent of replacing conventional television soaps on satellite channels, moving forward.

Android 10 released for Android TV platform, alongside a test device for developers